'We made history today': Vaccinated Coloradans urge others to get the shot

So when she received her COVID-19 vaccine in her left arm during the February 6 mass vaccination event at the National Western Complex, she looked the other way.

The shot took just a few seconds. “It was not bad,” Reddick said when it was over. “It was easy.”

Now, she wants to make sure others get the vaccine as soon as they can.

SCL Health is working toward vaccinating members of every community throughout Colorado.

Reddick arrived at the vaccination event, organized by SCL Health, with Hazel Caylor and Ada Pouge. Caylor, 74, is Reddick’s close family friend and Pouge, 91, is her grandmother. The three women were part of a group of approximately 5,000 people who received a vaccine at the event.

“We’re minorities and we have preexisting conditions, and so it’s really important for us because we’re around her,” Reddick said in reference to her grandmother. “We’re trying to protect her.”

The SCL Health event prioritized vaccines for people 70 years old and up, as well as minorities and people in “underserved” communities.

“If we focus on the underserved community, that raises the health for our entire community,” Senior Vice President of Marketing and Communication for SCL Health Megan Mahncke said in a recent interview.

Public health officials in Denver have made an effort to ensure equitable distribution of the vaccine, but the latest data show that most vaccines have been administered to people in white, wealthier neighborhoods. According to The Denver Post, “just 8.5% of eligible people in the Latino population have received their first vaccine shot, compared to 78% of the eligible white population.”

The trend is similar across the state. Combined, Black and Latino Coloradans make up roughly 25% of the state’s population, but so far only about 7% of vaccines have been given to people in those demographic groups (it is worth noting that the race/ethnicity of almost 16% of immunized Coloradans is currently unknown).

SCL Health attempted to address these disparities during the mass vaccination event by partnering with community organizations like Park Hill United Methodist Church, The Center for African American Health, the Senior Hub and The Center on Colfax, to name a few.

While community outreach is key to getting people vaccinated, other organizations have also been working to address “vaccine hesitancy” in minority populations. Last month, the Office of Diversity and Inclusion at CU Anschutz Medical Campus hosted a virtual town hall called “Real Talk for Black and Brown Communities” in which public health experts of color answered questions about the vaccine.

A recent study from the Kaiser Family Foundation found that 35% of Black adults said they “definitely or probably would not” get the COVID-19 vaccine. In Colorado, Executive Director of the Colorado Department of Public Health and Environment (CDPHE) Jill Hunsaker Ryan said that while 70% of white Coloradans said they would get the vaccine, just 53% of Black Coloradans and 56% of Hispanic Coloradans said the same.

“I’m aware that many of our people are afraid to receive this shot,” Pouge said. “I’m not. And I’d like to set an example, especially for older adults.”

Pouge continued: “And I know sometimes we’re the last ones to receive word about anything, and when we do receive it, it’s too late. And I don’t like that.”

Caylor said she’s spoken with people who were hesitant to receive the vaccine because of the speed in which it was developed and approved.

“Well, the thing is, there’s modern technology now,” explained Caylor, who added that she knows people who died from COVID-19. “I would advise anyone and everyone to get the vaccine.”

After the three women received their vaccines, Reddick took a photo of Pouge and Caylor. She captured the moment on her phone so that her “great grandchildren know that we got this done, and there’s nothing to be afraid of,” she explained.

“We made history today.” 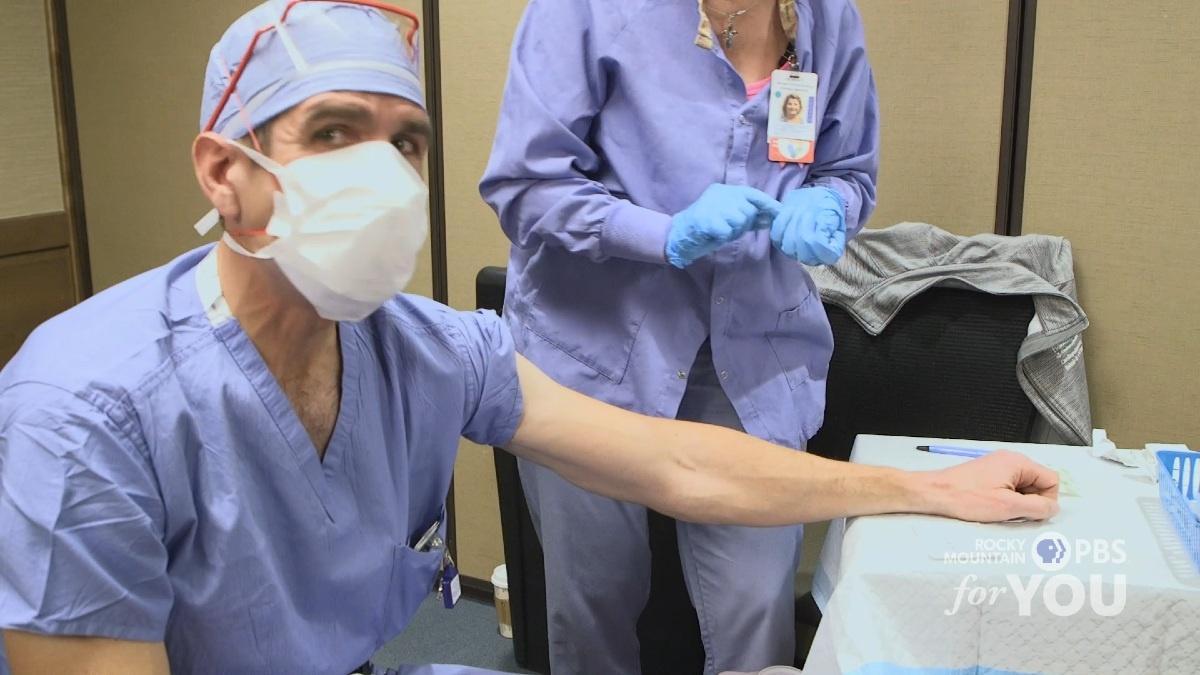 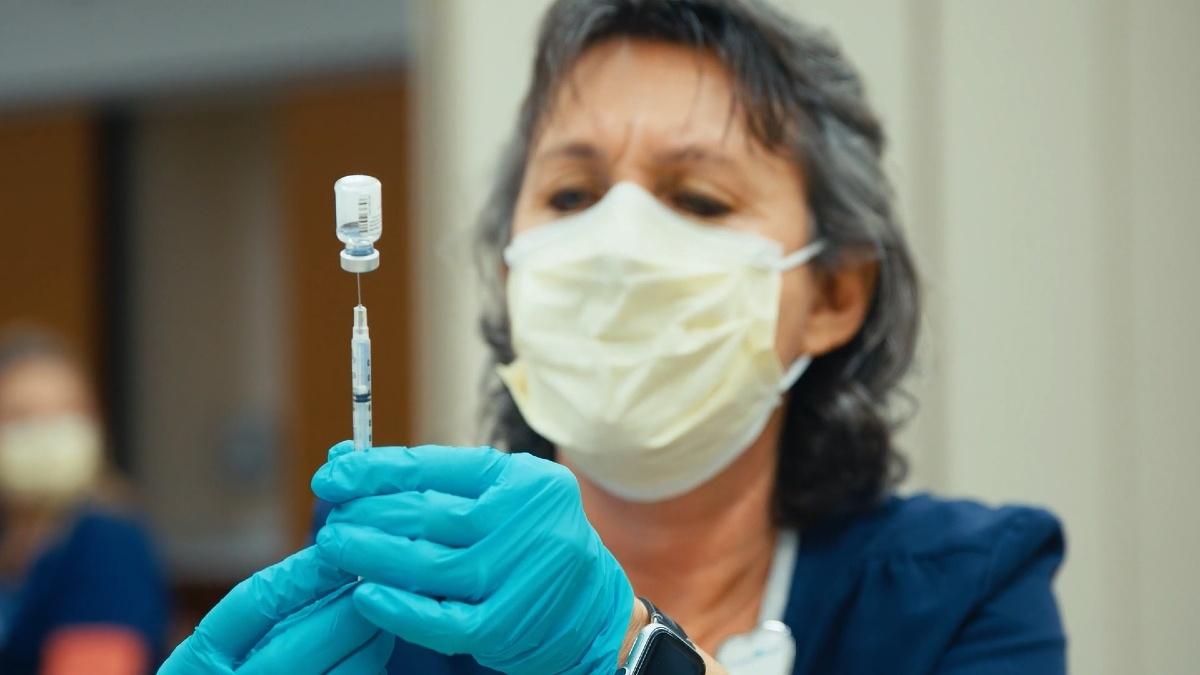 Where Coloradans can register for a COVID-19 vaccine