Walking into Civic Center Park in downtown Denver, you can’t miss the colorful artwork everywhere you turn. What’s curious though, is that the paintings are surrounding large statues and monuments.

It’s all part of the Black Love Mural Festival, devised by creative director Robert Gray, of Rob the Art Museum.

"The Black Love Mural Festival is the first of its kind, an all-black mural festival,” says Gray. “[We’ve] curated over 20 local artists to come out and express themselves in a positive way.”

Gray has always believed in giving back to his community. He organizes local park clean-ups and has helped curate many art events and festivals. “Any community that you’re a part of, that you’re taking from, it’s important to give back,” Gray says.

Gray was put in contact with some city officials while organizing a clean-up after protests earlier in the month.

He pitched them a way to protect the city’s statues and deter vandalism, while also giving a voice to black artists. It was a win-win and the city “thought it was a cool idea.”

They pulled the festival together in under two weeks.

Hermela Hailu is busy at work on her piece, a black woman with dreads listening to music, the word ‘FREE’ above her head.

“Black artists are my mentors, they’re who I look up to,” says Hailu. “I chose to paint this piece because I love painting black women when they feel the most comfortable in their skin.”

Just a few feet away, artist Ki’erre Dawkins is finishing up his piece as well. “It’s actually titled ‘Who Am I’,” says Dawkins.

His piece is a stunning painting of a young black man, with collage elements and dripping red paint. Dawkins says that people keep asking him who the man in the painting is, expecting it to be someone well-known.

“That’s the exact opposite way I was going with it,” he says, “I didn’t want it to be anyone iconic, I wanted it to be somebody anybody could relate to… I wanted to explain what it’s like being a young black kid in America.”

Robert Gray is sitting in front of a large mural, admiring the festival he put together, with the help of his team. “These are the stories of black people through their lenses, so sometimes you have to take a step back and see what they’re saying to understand why police brutality, discrimination, redlining… why it’s important and how it affects us as people.”

The Black Love Mural Festival is on display at Civic Center Park through June 30th. 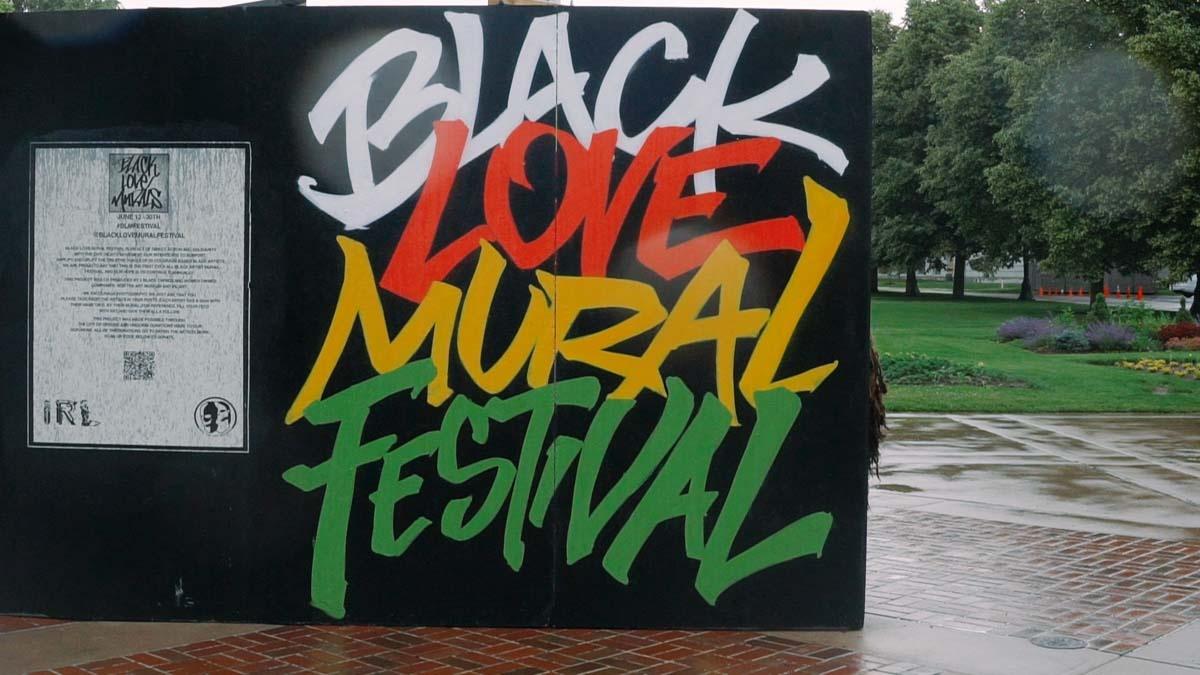 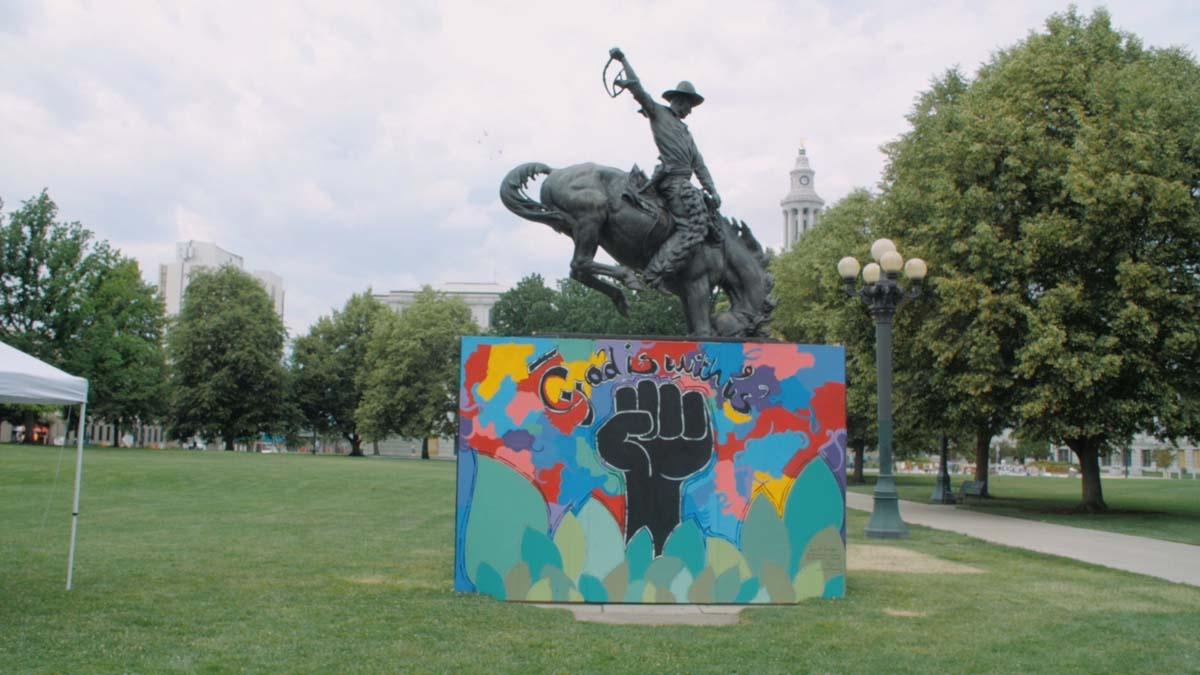 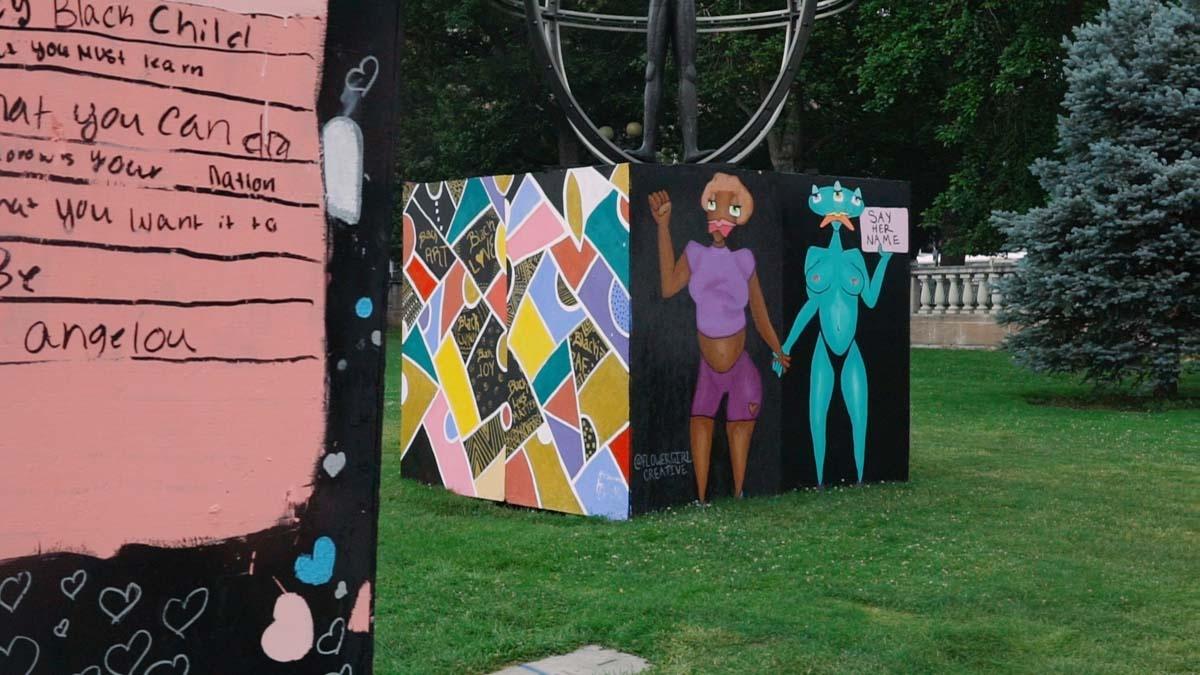 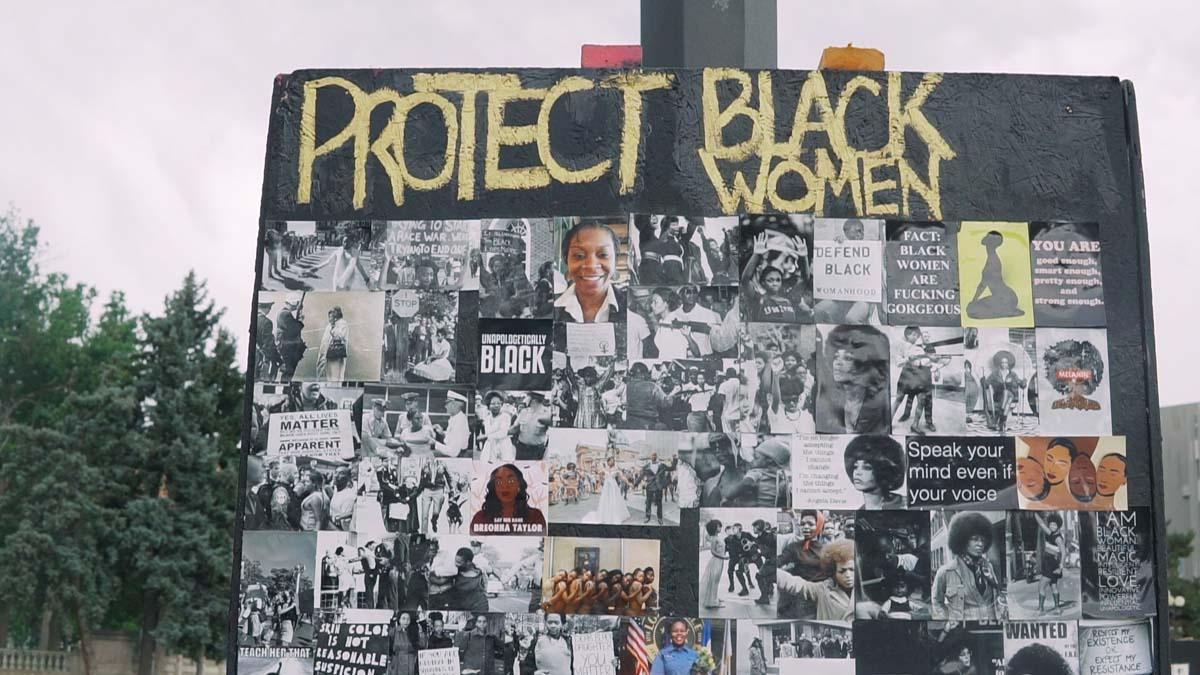 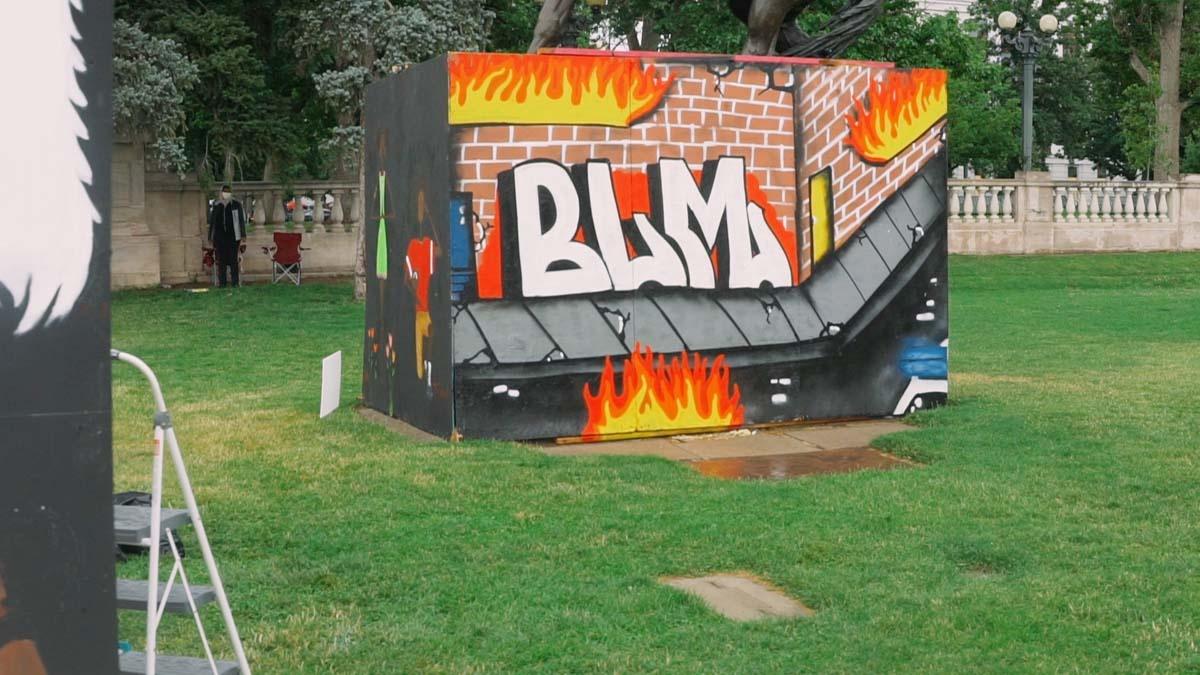