Restoring one of Colorado’s most endangered places

CONEJOS, Colo. — For a quarter century, Colorado’s Most Endangered Places List has been a harbinger of statewide preservation efforts, bringing awareness and preservation resources to important structures at risk of being lost due to time, natural disaster, and changing landscapes. The list features bridges, potato cellars, landscapes, historic homes, archaeological sites and other place-defining locales. Compiled each year by Colorado Preservation Inc., endangered places listings are supported through education, fundraising, and in some cases, hands-on restoration.

During a summer workshop, two dozen participants aided in plastering the exterior walls of what remains of the Lafayette Head House and Ute Indian Agency, built starting in 1854 by settler, Indian Agent, and former Lieutenant Governor Lafayette Head.

Restoring one of Colorado’s most endangered places

The complex once included a home, fort, an interior courtyard, outbuildings, and a grist mill. In 1859, Head was appointed Special Agent to Ute and Jicarilla Apache Native peoples upon the region’s settlement by the United States of America, using his home as the point of operations.

In 1868, Head led a delegation of Ute leaders including Tabeguache Ute Chief Ouray and politicians to Washington, D.C. to discuss treaty negotiations. This led to the uprooting of Ute peoples from the San Luis Valley and the formation of the Ute Mountain Ute and Southern Ute tribes in what is now Southwest Colorado.

A former soldier from the Mexican American War, Head “was thought to be the founder of Conejos,” said Rael. “He led families from Ojo Caliente and Abiquiu in New Mexico to settle the Conejos Land Grant.” Meanwhile, “There were already several thousand Tabeguache Ute and different tribes of Ute living here in Conejos County,” Rael said.

The birth of the Colorado Territory reckoned a convergence of cultures, some shifted or obscured over time. Once home to Nuche (Ute), Haisndayin (Jicarilla Apache), and Diné (Navajo) tribes and other Indigenous groups, early settlers of Anglo, Spanish, and Mexican descent began staking claims in the 1840s.

The heart of the complexity of this history, Rael said, is “you have a white soldier fighting in the Mexican American War who marries what is said to be a Spanish woman living in Abiquiu. Abiquiu is a Genízaro settlement. Genízaros were Hispanicized Indigenous people who were once held in servitude, forcibly.”

Head kept Indigenous peoples enslaved at this site. “There were 11 captives held in this home,” Rael said. “The building being restored is thought to be the servant’s and enslaved people’s quarters.”

There are accounts of Head treating Indigenous enslaved peoples in kind with his own children, and also with great cruelty, Rael said. Written accounts from Head’s relatives and observers relate how poorly local enslaved peoples were treated. Though Head held Native American captives to conduct personal labor needs and in support of the region’s slave trade, these names were not included on lists he created in answer to President Andrew Jackson’s inquiries into post-Emancipation Proclamation slavery. In gauging the prevalence of slavery in the Southwest, Head’s lists contain pivotal ancestral information for today’s residents and descendants. 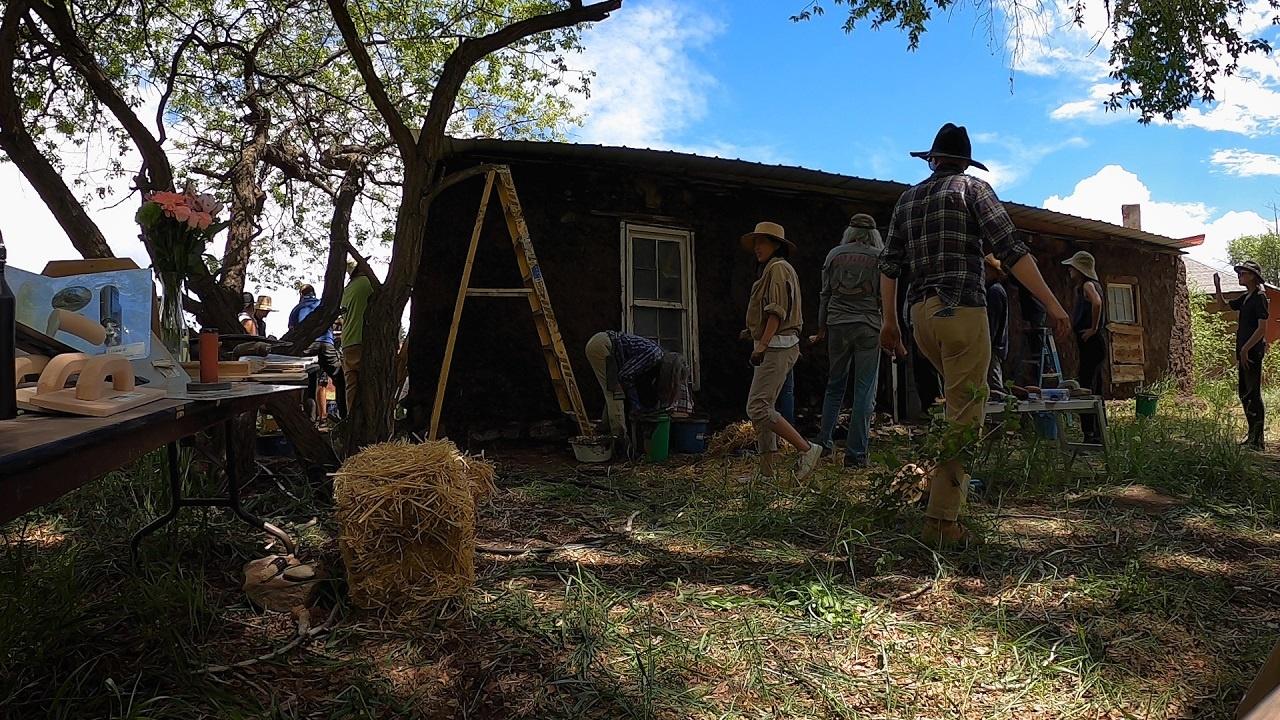 1 / 4
Share This Gallery
This building undergoing restoration within the former Ute Indian Agency complex is thought to have been the servant’s and enslaved people’s quarters. 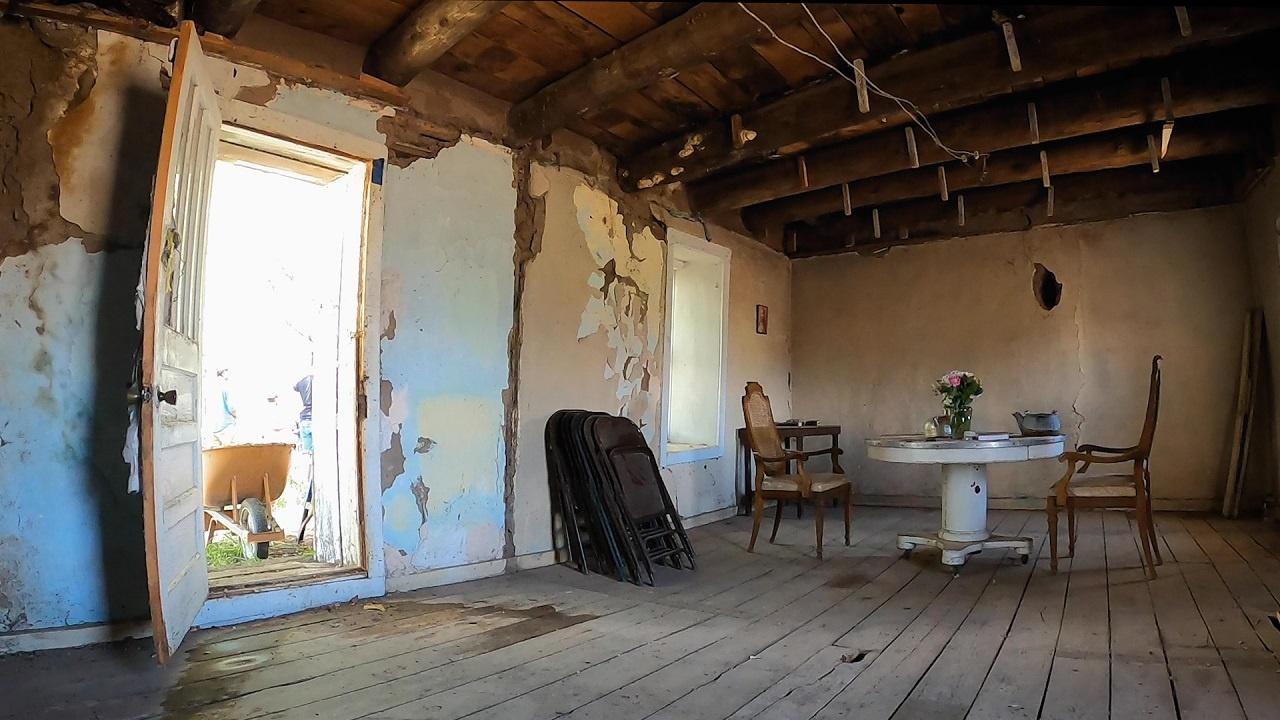 2 / 4
Share This Gallery
Interior of a building undergoing restoration within the former Ute Indian Agency complex, thought to have been the servant’s and enslaved people’s quarters. 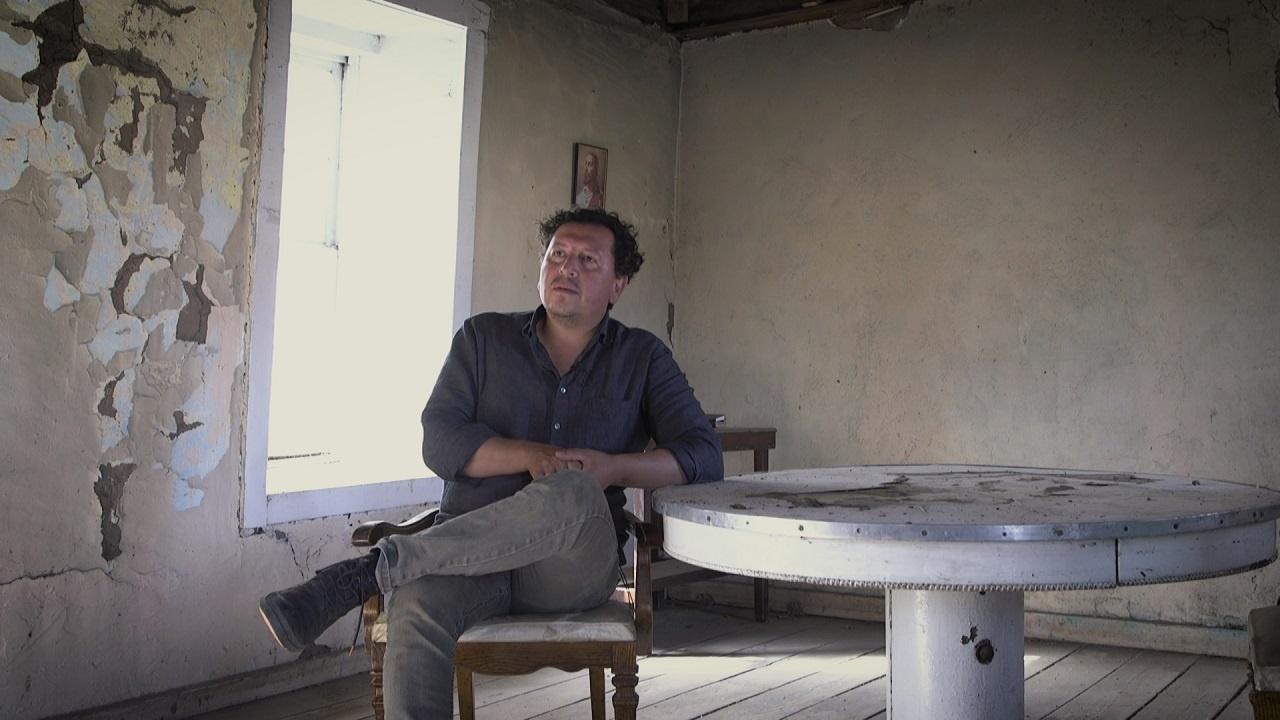 3 / 4
Share This Gallery
Ron Rael inside the former Ute Indian Agency complex. This room is thought to have been the servant’s and enslaved people’s quarters. 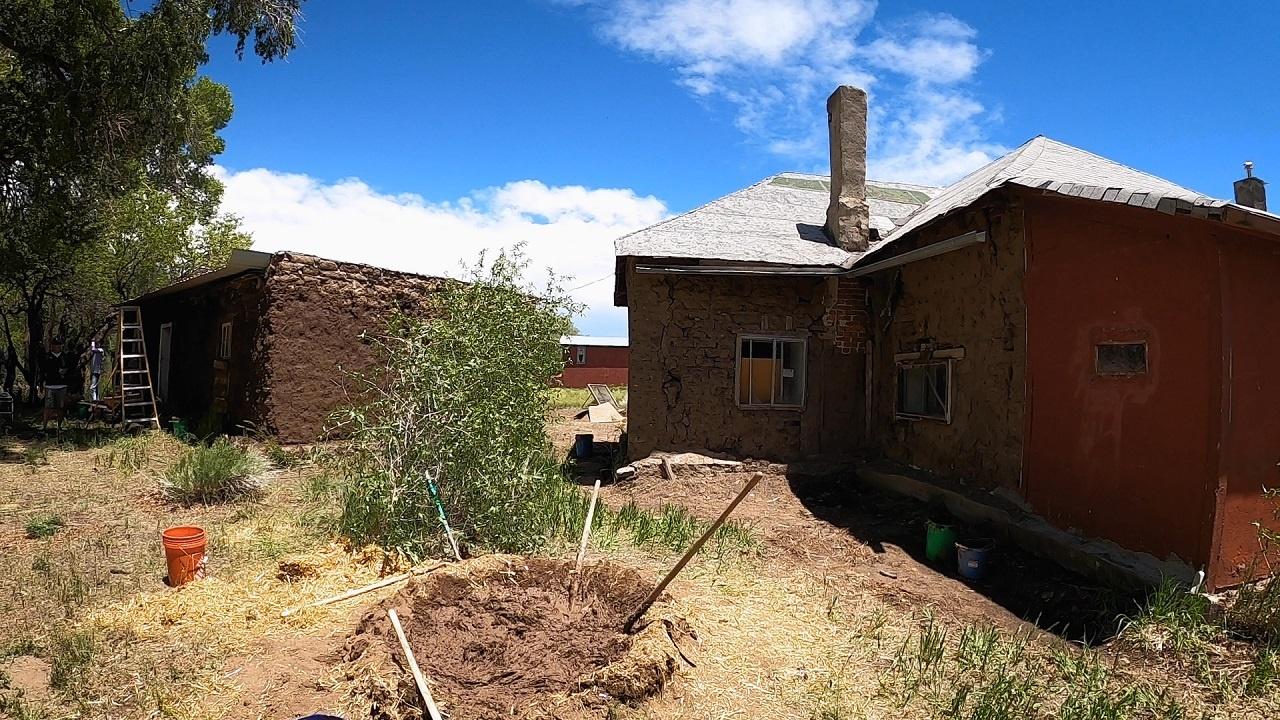 4 / 4
Share This Gallery
What remains of the Lafayette Head House and Ute Indian Agency, built starting in 1854 by settler, Indian Agent, and former Lieutenant Governor Lafayette Head. The complex once included a home, fort, an interior courtyard, outbuildings, and a grist mill.

“In some ways, this site represents the founding of Colorado, and the complexity of cultures that were coming together,” Rael said. “[Head] was responsible in some ways as an ambassador to the Utes. but as an ambassador, he was also complicit in keeping the Utes in a fragile state of near-starvation. A welfare state, really,” Rael explained. “People didn't want to see the kind of violence that was occurring, but they also took advantage of it.”

Preserving this building means preserving its history, Rael said, especially since most of the complex was destroyed by the 1970s. Local resident Michael Jiron, who grew up in the former Head home with his family and lived there until 2009, said his father was responsible for deconstructing portions of the fort after it became a popular place for local youth to congregate.

“I had a wonderful childhood here. We used to find old coins as a family,” Jiron said. Though his family did not talk about the history of the complex growing up, Jiron said he intrinsically understood and felt the site had been instrumental in history. “Nobody had to tell me; it spoke to me, as I was growing up and throughout the years, what it was all about,” he said. “This place deserves to be recognized. It’s a very special place.”

Kim Grant, Director of Colorado’s Most Endangered Places for Colorado Preservation Inc., said the site — one of the oldest in what is now Colorado — is “very important, and multi-layered. It’s fraught with all the tensions of history and the borderlands.”

“What we have left here is just a fraction of what was here at one time, but it's enough to tell the story,” Grant said. “And it's an important story to be told.” An archeological assessment is being conducted that will be used to inform a State and National Register of Historic Places nomination, Grant said. 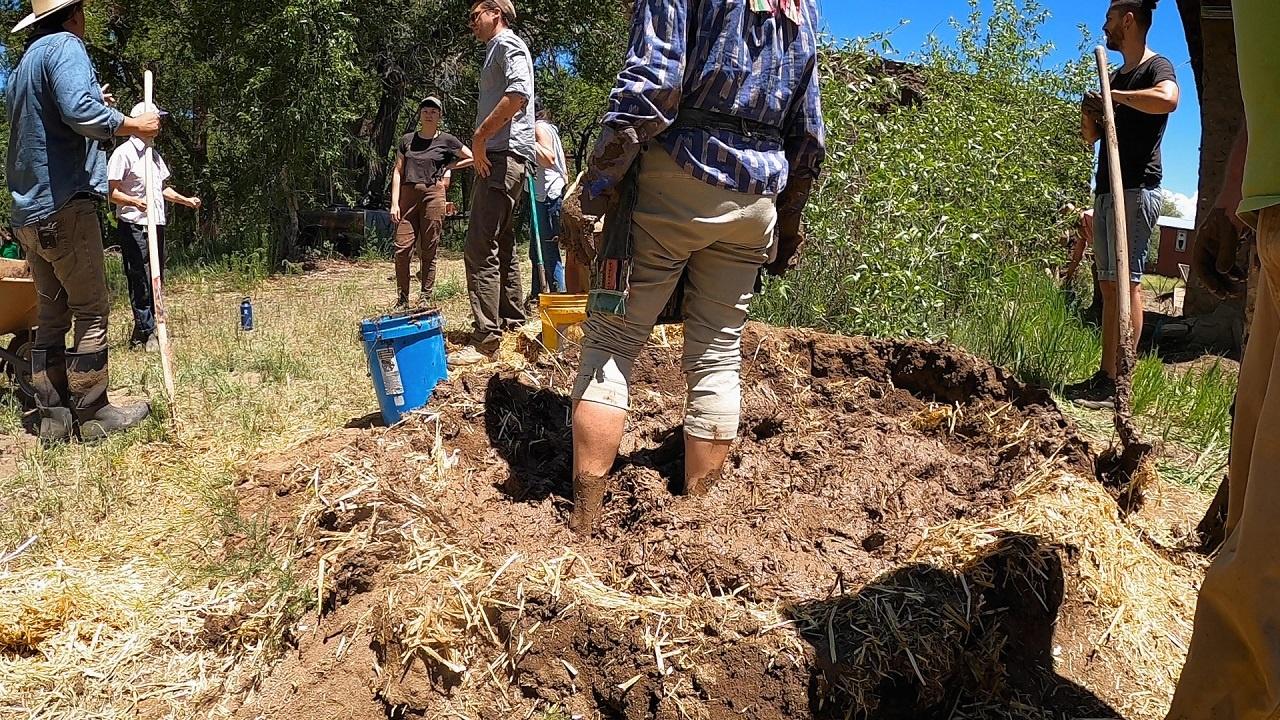 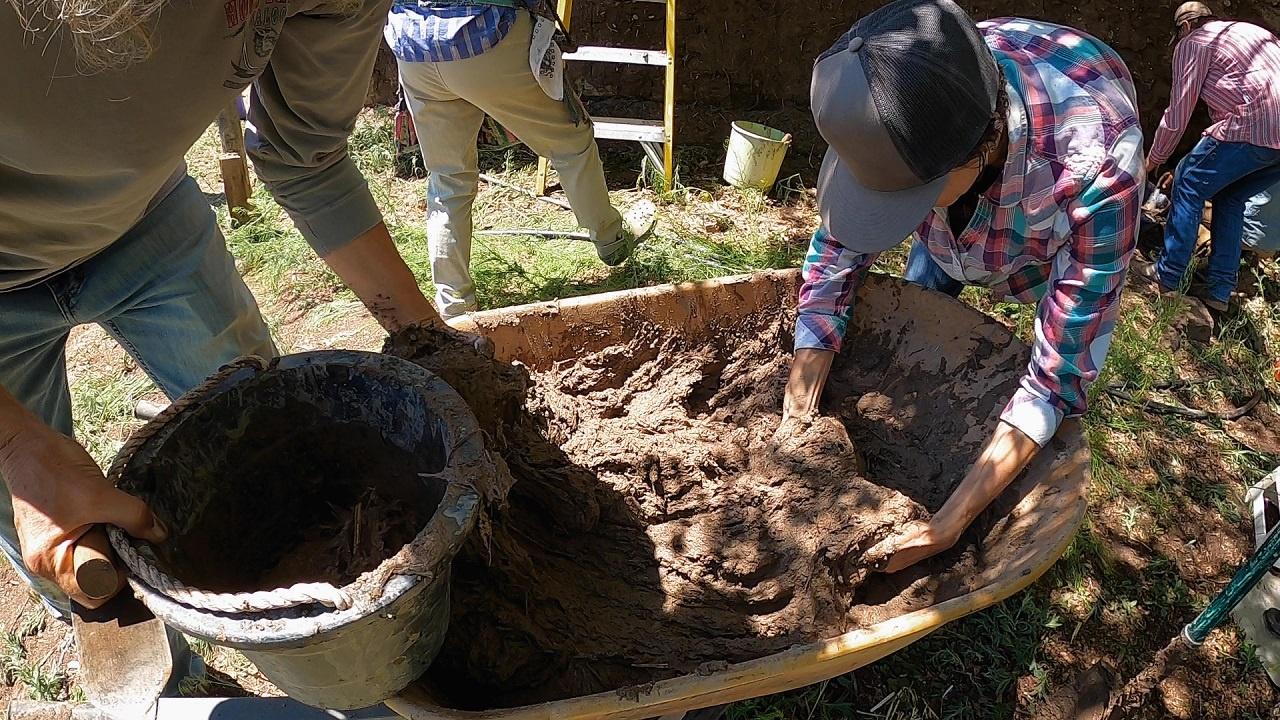 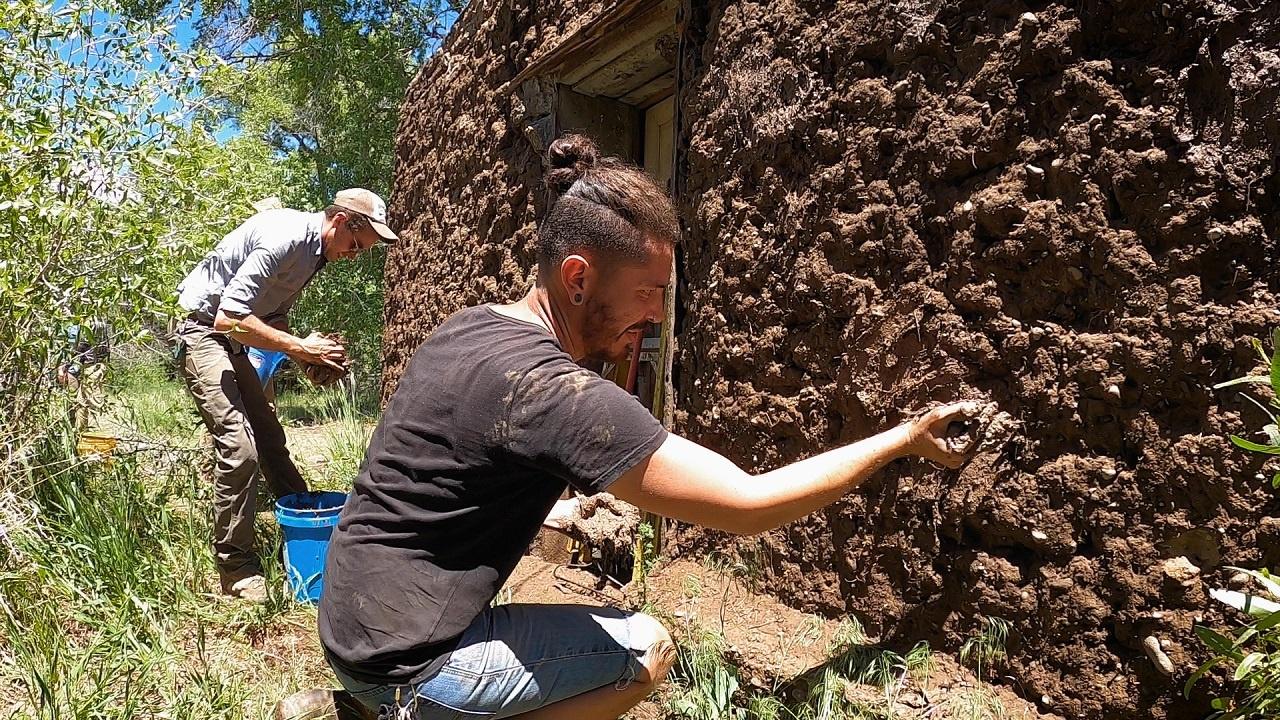 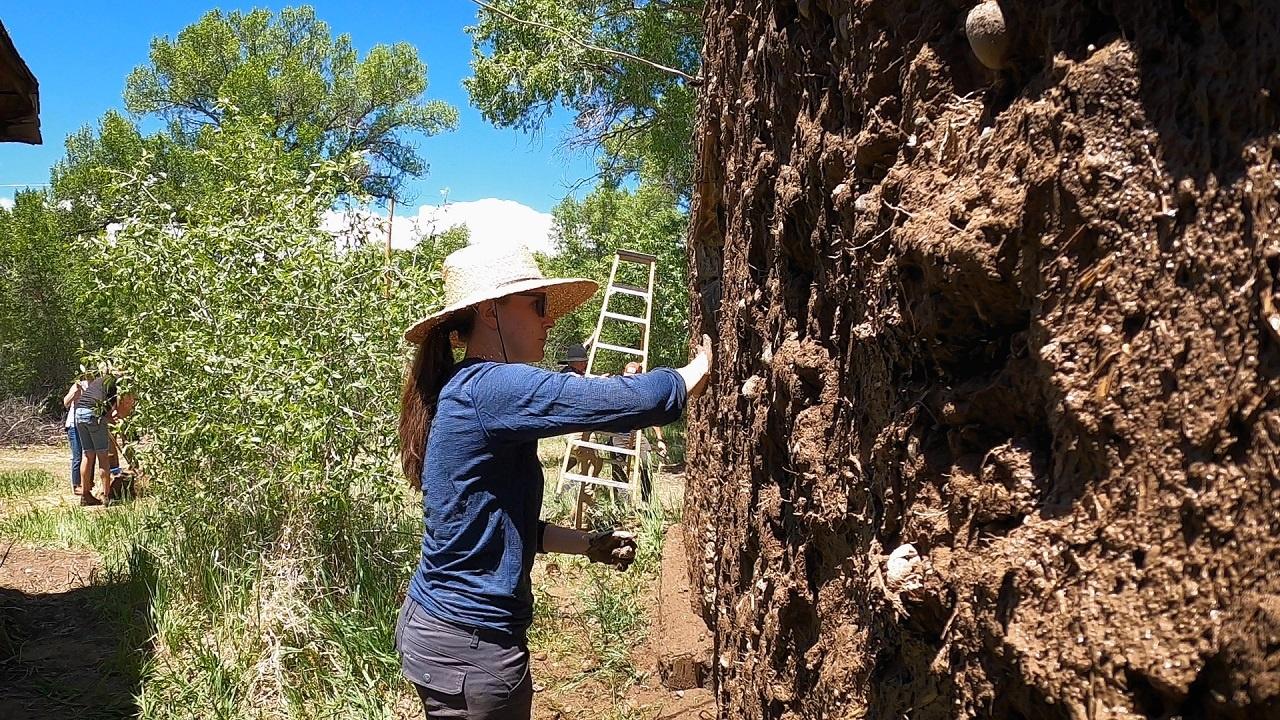 During a weekend of adobe restoration at the Lafayette Head House and Ute Indian Agency, New Mexico-based adoberos Joanne Keane Lopez and Isaac Logston led on-site demonstrations, flanked by supportive volunteers and renowned regional experts. The workshop was underwritten by both Colorado Preservation Inc. and the State Historic Fund of History Colorado.

Techniques taught to participants included gathering for, mixing, and the preparation and application of adobe plaster — a mixture of earth, straw, and water — onto walls by hand and with trowels. Workers replaced missing adobe bricks and plastered over worn areas to create a smooth exterior wall, resulting in a finish that will allow the building to last many more years.

“Adobe is one of the oldest tangible traditions that we have in the Southwest of the United States,” said Sandor Cadovas, an adobero from Texas who joined the group restoring this Endangered Place. “It's a tradition that sadly is almost gone. It's vanished. The tradition of adobe is there, the knowledge, but it's dormant. And I do strongly believe that it's up to us, the younger generations of adoberos and adoberas, to maintain the tradition.”

Rio de la Vista, Director of the Salazar Rio Grande Del Norte Center at Adams State University, said the hands-on approach of Colorado Preservation Inc’s preservation ethos is unique — and appreciated. “One of the things I love about this project is it’s not just creating a museum that’s stuck in time, but creating a living place where people can interact, understand the history, but also hopefully think about what that means for the future,” she said.

De la Vista, who assisted the site’s Endangered Places application, said there is enormous opportunity in learning firsthand. “How do you care for these places in a real way? How do we not just lose those roots, and become a beautiful place that people don’t understand the history of, or know how it came to be the way it is?”

Kristy Duran, local resident and workshop participant, said restoring the building is important “not only to bring attention to what an interesting area this is, but also to remind the people who came from here — that these are our roots. The good, the bad, the everything. It's important for us to keep that alive. Not until we know that, can we have those conversations and think about who we are,” Duran said. “And then it's the healing and the reconciling and the moving forward.”

Duran, who was able to mix mud with her feet and help plaster the building, said, “There’s something about working together and helping someone else that really feeds the community and makes it grow.”

“It wasn't so much about putting the plaster on the wall as much as it was the conversations that people had around the mud pit, and while they were side by side, putting the mud on the wall,” Rael said. “I think that's why people love it.”

“It's very spiritual,” said Cadovas. “And my opinion is that’s because we're working with the four elements: fire, water, earth, and air.”

“I’m very happy now that this is one of Colorado's Most Endangered Places,” said Dr. Nick Saenz, History Professor at Adams State University. “That means it’s on track to be saved and preserved for years to come.”

The Most Endangered Places program has highlighted 130 sites over the last quarter century.

“Looking back on it, we’ve had a lot of success,” Grant said in reflection of the List’s 25th anniversary. “Of the 130 listed sites, 54 have been considered saved.” The definition of “saved” depends on the resource in question, and its goals, Grant said. “Over 25 years, we have only lost seven listings,” Grant said. “That’s a pretty good track record, given the challenges each of these projects face.”

A full list of current endangered sites throughout Colorado can be found here.

Rather than list new Endangered Places in 2022, Colorado Preservation, Inc. focused this year on raising awareness of five existing listed sites featuring voices that have been lost, sidelined, or overlooked within the preservation community, Grant said, including the Dearfield Farming Colony and the Southern Ute Boarding School Campus.

A Saving Places on the Road conference will be held in San Luis, Colorado on August 5 and 6 and will feature a tour of several sites presently listed.

Applications for Endangered Places are open now through August 22, 2022.

Kate Perdoni is a multimedia journalist for Rocky Mountain PBS and can be reached at kateperdoni@rmpbs.org. View a map of their recent reporting here. 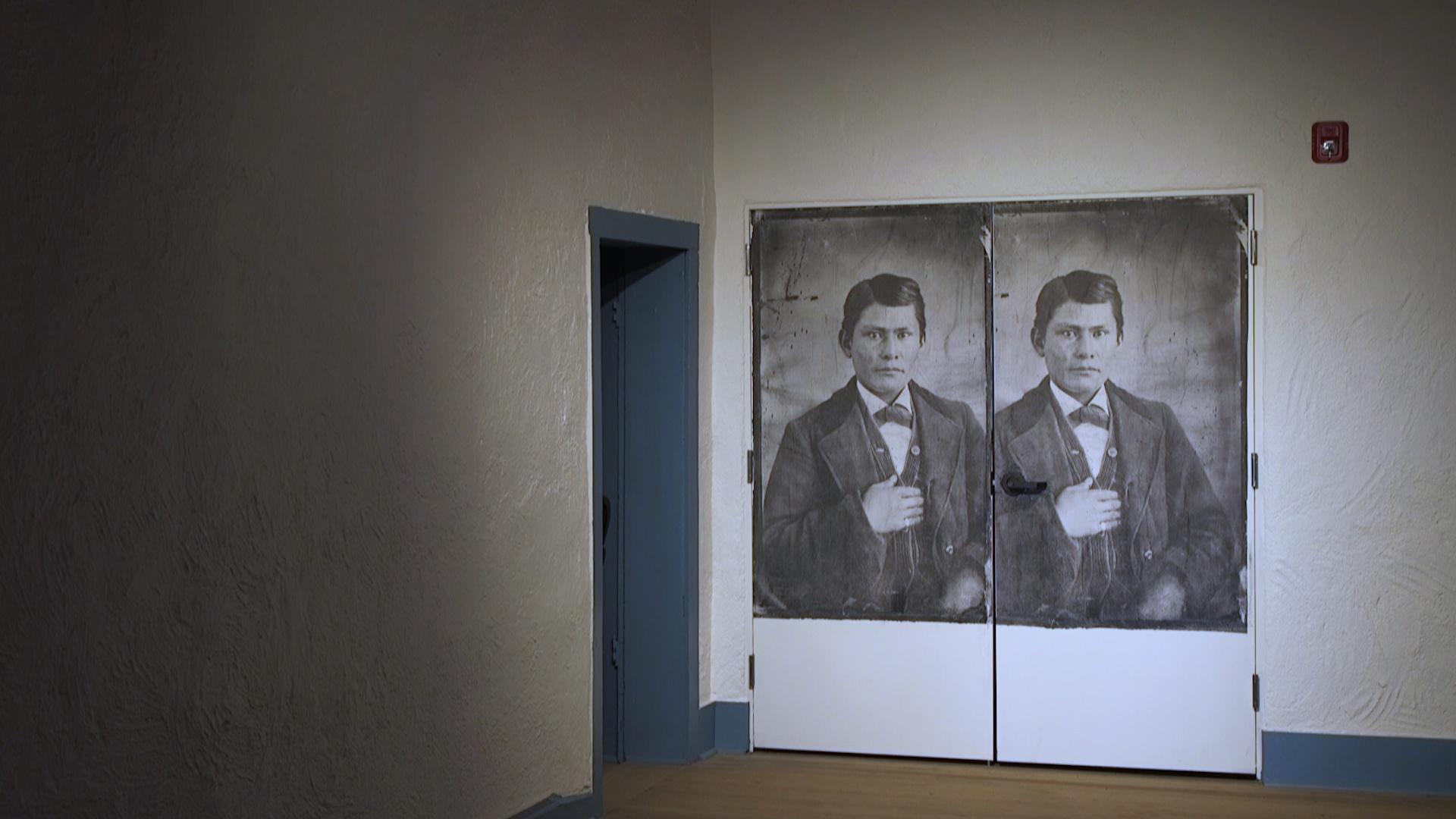 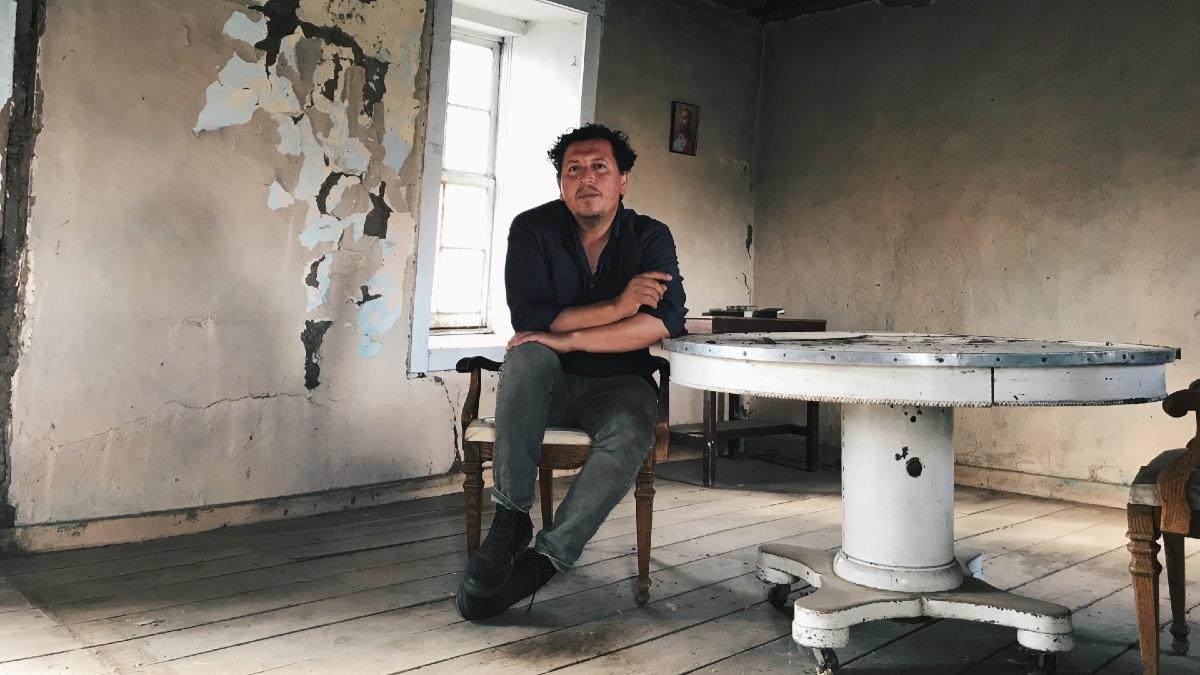