Though the Concilio is active, it has been closed to public functions for almost two decades.

A once-secret, 122-year-old mutual aid society will reopen its doors after restoration.

The S.P.M.D.T.U. — in English, the Society for the Mutual Protection of Workers — was one of many community-based mutual aid societies formed as an antidote to the cultural clash experienced after the Mexican American War, said Antonio Esquibel, a professor emeritus with a doctorate at Metropolitan State University and member of the S.P.M.D.T.U. for 55 years.

“The S.P.M.D.T.U. is one of the earliest Hispanic organizations designed to try to combat discrimination,” said Esquibel. “In those days, there was a lot of discrimination against Spanish-speaking people in the [San Luis] Valley. You really had to take care of each other.”

Though a proliferation of mutual aid societies were formed immediately after 1848 in Texas, Arizona, New Mexico, Utah and California, the SP.M.D.T.U. is one of the few that remains today, he said.

Sculpture of founder of S.P.M.D.T.U. 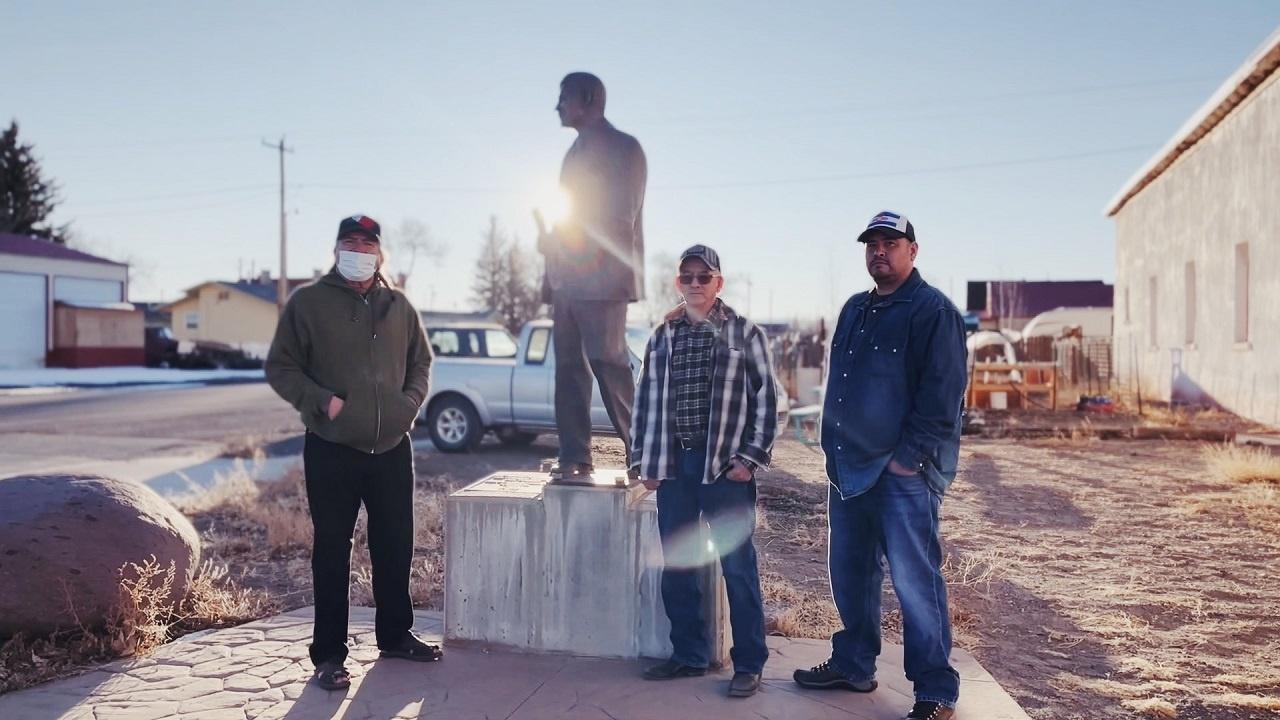 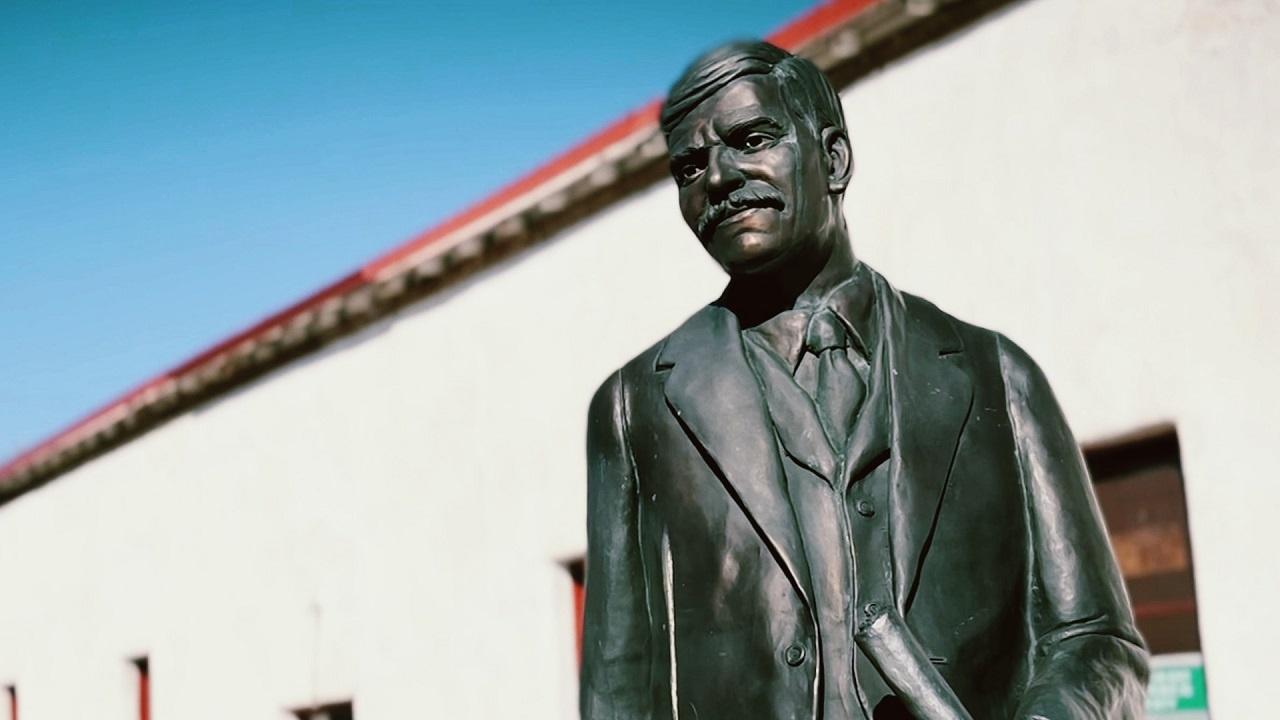 2 / 3
Share This Gallery
A life-sized bronze sculpture of founder Celedonio Mondragón by Denver-based artist Emanuel Martinez stands outside the Concilio Superior in Antonito. 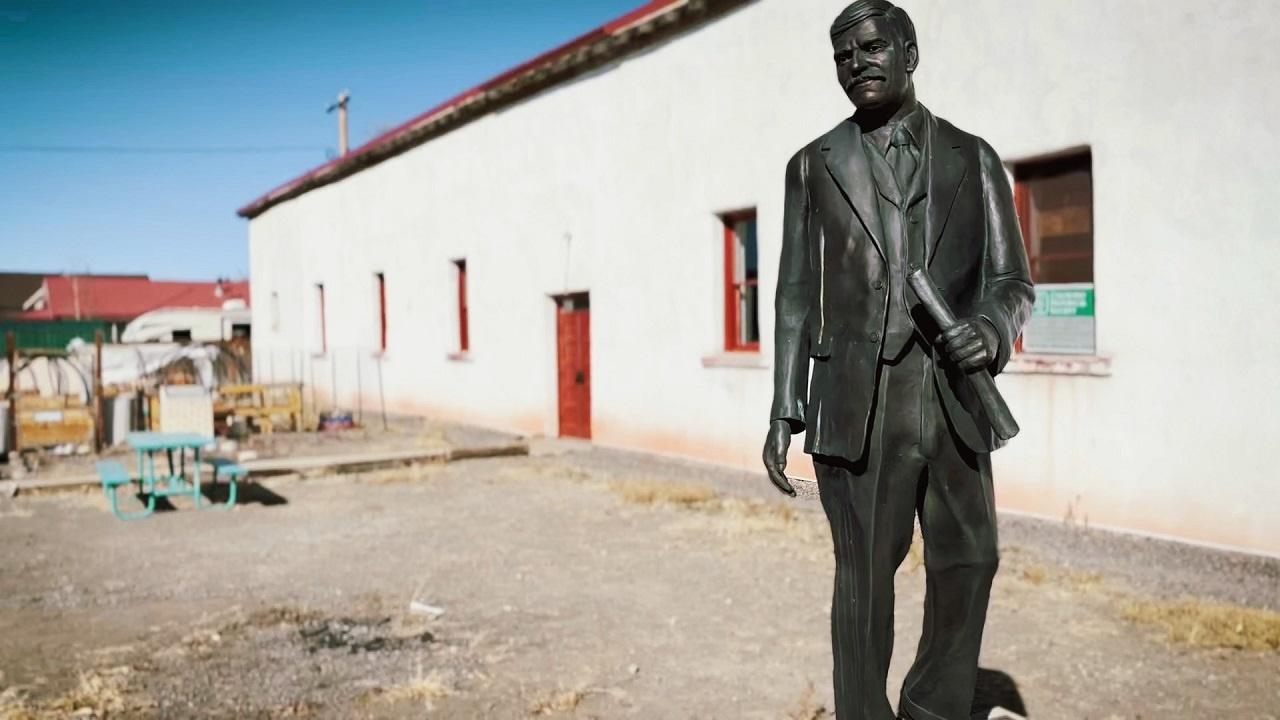 3 / 3
Share This Gallery
A life-sized bronze sculpture of founder Celedonio Mondragón by Denver-based artist Emanuel Martinez stands outside the Concilio Superior in Antonito.

In November of 1900, one-time rancher, postmaster and then-jewelry maker Celedonio Mondragón and a half-dozen others were inspired by other mutual aid organizations of the time and formed the S.P.M.D.T.U. Organizing members, hermanos and hermanas, offered grassroots support to each other during times of both challenge and celebration.

After establishing the flagship council in Antonito, Mondragón and his associates traveled by horseback across the region to start other chapters called concilios which are referenced by location and chapter number.

Built by members of Antonito’s Concilio #1 in 1925, the fraternal group’s 7,000 square foot sala, or meeting hall, at 603 Main is listed on the National and State Register of Historic Places. As a traditional place for gathering, the building has hosted generations of dances, weddings, boxing matches, basketball games, music, concerts, plays, movies, community events, graduations and even roller skating.

It’s nestled just miles from the state’s southern border with New Mexico in the San Luis Valley, “the birthplace of the S.P.M.D.T.U.,” said retired District Judge Martín Gonzales, a member of Concilio #19 in Alamosa.

The S.P.M. supported residents on both sides of the Colorado-New Mexico state line campaigning for equal representation when the area was annexed into the United States after 1848.

“After the war, the people in this area became second class citizens," said Rogelio Briones, a member of Concilio #19 in Alamosa.

In the aftermath of the Treaty of Guadalupe Hidalgo, land and water rights — and the local economy — became moot almost overnight, Briones said.

“The economy transformed from a trade and barter economy to a cash economy,” Briones explained. With the coming of the railroad, the Homestead Act and under new legal status, “within 10 years, 90% of the land was lost. They lost their livelihoods.”

“A whole different system got superimposed on the populace,” said Judge Gonzales. “Not everybody understood how things worked.”

Families who remained found themselves in a precarious situation: unable to obtain life or burial insurance from major institutions, and turned down for common bank loans. They were seen, said Esquibel, not as neighbors, but as inexpensive labor to new enterprises including the railroad industry, mining operations and large-scale agricultural work.

In its early days, La Sociedad rallied and mobilized in the rail yards, mines, fields and schools. The group is listed in a local paper as showing financial support for the Maestas v. Shone, the region’s first successful school desegregation case taking place in Alamosa from 1912 to 1914.

One of the S.P.M.’s primary functions was as an insurance collective, with a revolving loan fund for members. Then and now, local chapters, or Concilios, contribute financially to families and causes, Esquibel said.

And in rituals of life and death, the community rallies.

“This is a more community-minded way of solving an issue,” said Junita Martinez of San Francisco, Colorado. Martinez was a member of the Feminilas, a subsidiary group of the S.P.M.D.T.U.

Inducted as the last of the Feminilas by her mother-in-law in the 1970s, Martinez said belonging to it, “was a great honor.”

During funerals and illness, neighboring families formed meal trains and took care of arrangements, guests and firewood. “They would come about and support a family, and would uphold a community in that way,” said Martinez.

“If you got sick, they would appoint a committee to visit you in the hospital,” Briones said.

“Even today, when we have a meeting, we give an update on our members, especially if someone's sick,” Esquibel said. Committees are still formed to check in and report back if someone needs help, he said.

At its height, the S.P.M.D.T.U. had 65 chapters with over 3,000 members reaching from its origins in Antonito, Colorado, into New Mexico and Utah.

“Once a little city could get nine members to fill the nine positions within each Concilio, they could form a chapter,” Esquibel said. Monthly meetings are conducted in Spanish, he said, and include a password, a handshake, roll call, an official hymn, a constitution and rules of order.

Though membership declined steadily after World War II, today, around seven Concilios are still in operation, with the most active being Denver and Nambé, New Mexico, Esquibel said. Adobe buildings of inactive Concilios can be found across the San Luis Valley and northern New Mexico. Like the buildings themselves, the members of this longstanding community organization carry generations of memories.

“I remember driving through town with my grandparents and my parents, and seeing the biggest building in town here in Antonito,” said Miguel Sisneros, member of Concilio #1 in Antonito. “I recall asking my grandparents, ‘What does the S.P.M.D.T.U. stand for?’”

“Being a child, the S.P.M.D.T.U. was always a thing here in town that had such mystique and mystery to it,” Sisneros said. “For a long time it was closed, and nobody got to get in here. It wasn't until I joined that I understood really what it stood for. It was more than just the biggest building on the streets of Antonito.”

“Most people joined from word of mouth,” said Esquibel. “They had to; it was secret.”

Because organizing posed a threat, the organization kept its business under wraps for decades, he said.

Esquibel was the driving force behind obtaining grant funds for the extensive repairs of the Concilio Superior. To restore the original adobe structure central to the legacy of the town, Esquibel, a retired lifelong educator and college professor, wrote several successful grants.

This round of restoration work is made possible through the Sangre de Cristo National Heritage Area ($25,000), the History Colorado State Historic Fund ($250,000) and the Colorado Community Revitalization Fund ($1,076,000). Renovations are expected to be completed by the end of 2023.

Previous grant funds from the Heritage Area and State Historic Fund were used to create architectural renderings and for new exterior windows and doors, Esquibel said. Some 26 elements true to the building’s 1900 construction have already been installed. 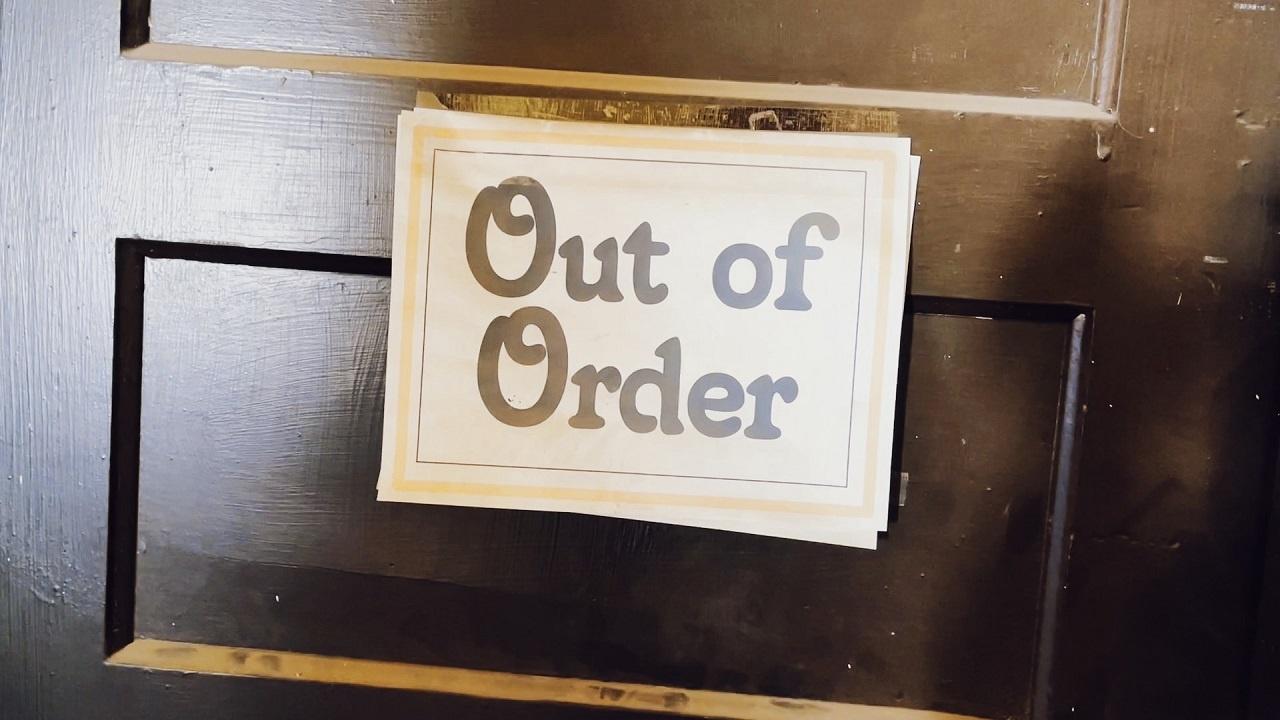 1 / 3
Share This Gallery
The interior damage inside the S.P.M.D.T.U.’s Antonito headquarters sustained over decades to the century-old adobe building, built by hand by its members in 1925. Recent funding will help restore the building to its original structural integrity. 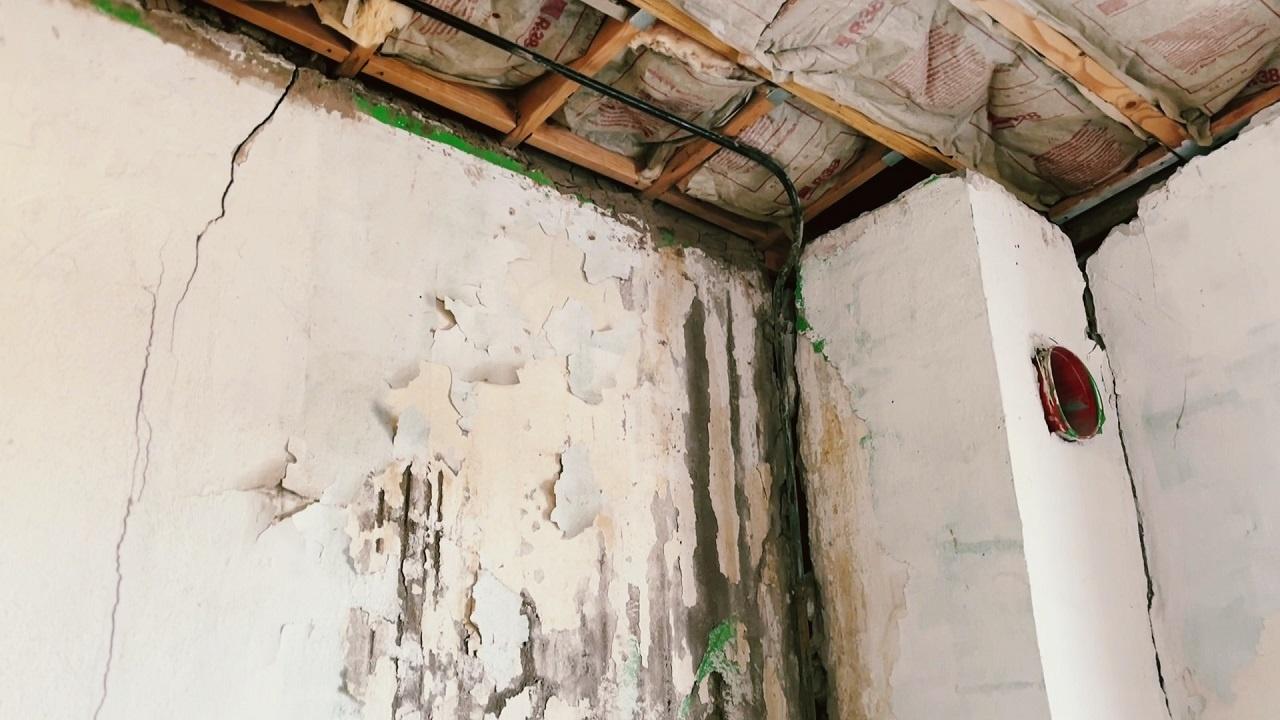 2 / 3
Share This Gallery
The interior damage inside the S.P.M.D.T.U.’s Antonito headquarters sustained over decades to the century-old adobe building, built by hand by its members in 1925. Recent funding will help restore the building to its original structural integrity. 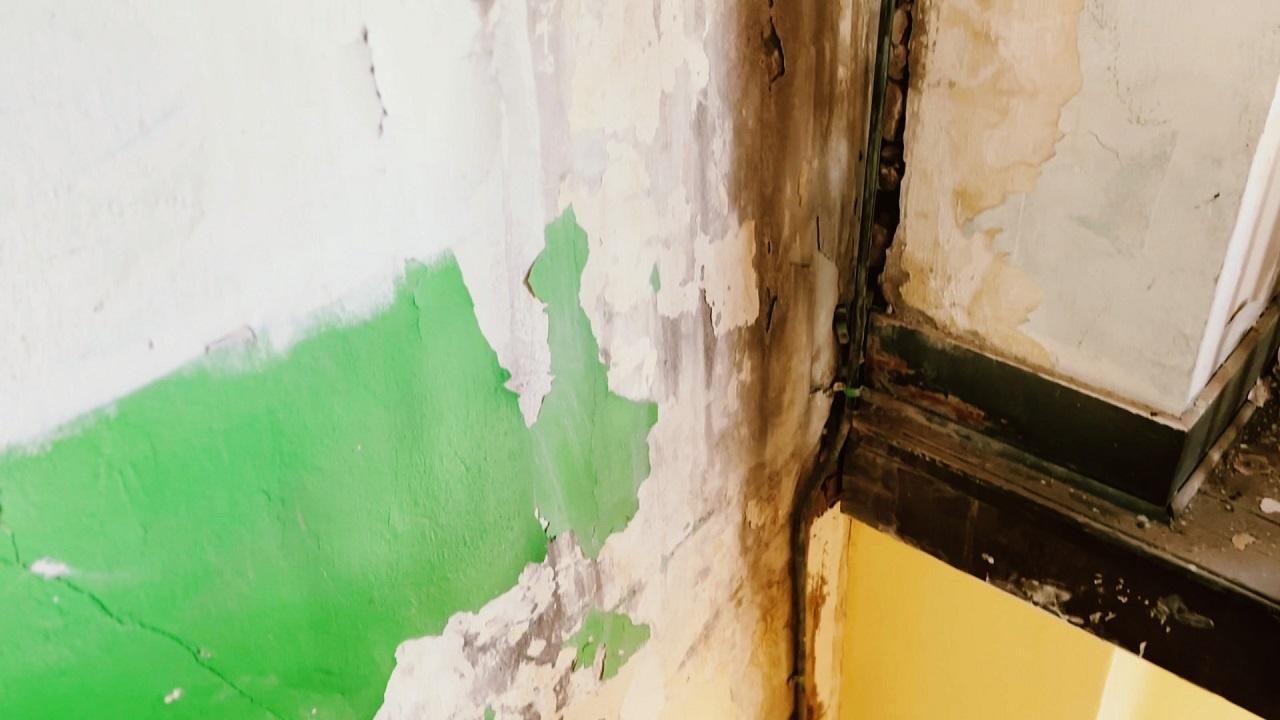 3 / 3
Share This Gallery
The interior damage inside the S.P.M.D.T.U.’s Antonito headquarters sustained over decades to the century-old adobe building, built by hand by its members in 1925. Recent funding will help restore the building to its original structural integrity.

The effort will bring ADA accessibility, gender-neutral bathrooms, plumbing, heating, a new roof, restoration of stairs and flooring and fixing of the crumbling northeast corner of the nearly century-old building. Energy efficiency measures will be installed, including solar panels to offset visitor charging stations.

Restoration and rehabilitation of the building will return the facility to its 1925 splendor, Esquibel said. He envisions the current office of the Concilio as a local heritage Museum and Visitor’s Center.

Following this work, the building will again welcome the community for functions and important events, members hope for events like artistic performances, celebratory events, workshops and more. Adams State University and the South Conejos School District both wrote letters of support and will use the building to host classes and meetings, Esquibel said.

Sisneros, originally of Las Mesitas, Colorado, seven miles from Antonito, joined the S.P.M.D.T.U. in 2010 after an invitation from Briones. After discovering a direct tie to the organization — his great-grandfather Eligio Ruybal was a signer of the original 1911 preamble — Sisneros said, “I felt it almost a duty to join the S.P.M.D.T.U. to do my part.”

Keeping the organization going is especially important due to a dwindling membership among youth, Sisneros said. He has introduced his daughters to the concept of the local Concilio, and he hopes they join when they turn 18. Briones and hermano Gene Gonzales of Concilio #19 in Alamosa both acknowledged their children have joined, with Gonzales’ daughters active in the Denver Concilio.

“It's really survived because the members have made a commitment to it,” said Gonzales. “The organization has been a big part of my life. It's a sense of pride for the community. It's been here a long time. People can relate to it. They see that it's still here.”

In 2000, on its 100th birthday, the S.P.M.D.T.U. donated its official files and records to the Zimmerman Library at the University of New Mexico.

“It's a mutual society. We are here to help each other,” Briones said. “I'll give you my hand in friendship. But if you need help, I'm here to help you. That’s as beautiful as it gets.”