DENVER — Karina Muro has known loneliness throughout her life.

“I am a first-generation, Mexican-American lesbian, raised by a single mother,” she said.

Describing her youth in rural Wisconsin, Muro explained that her family went through several barriers just trying to receive health care due to “lack of insurance, income, or the stigma of receiving help from public welfare programs."

On top of those barriers, Muro didn’t see a lot of people who looked like her or had a similar background to her when she was growing up.

“Being of Latinx descent and first generation, it was just jarring knowing that I couldn't really talk to a lot of people because they were white. They had … a set of parents and I kind of felt like an outsider,” said Muro. On top of those challenges during her youth, she knew she wanted to talk to someone about her identity but admitted she didn’t have the language to talk about what she was feeling. And once she came out in 1997, she wasn’t always met with open arms.

“Derogatory names were thrown at me because I was secretly seeing somebody. So it was difficult to articulate — I like this woman and I think it's fine, but I know you don't think it's fine,” Muro explained. “It was a really lonely experience.”

Now living in the Denver metro area with her daughter and wife, Mindy, Muro is chasing a goal to make the next Karina Muro feel less lonely.

“I want to be that person, if I'm just one individual helping another individual, who's coming out to their family, who's Latinx at 30, at 35…be their supporter, be their cheerleader — however I can be there to help them,” said Muro. And for her, that means pursuing a master's degree in social work at Metro State University.

Students like Muro are part of a pipeline or network of organizations in Colorado that are working together to tackle this larger issue — lack of diversity among the workforce for mental and behavioral health.

Read Karina Muro's story in her own words.

“In the behavioral health profession, about 80% of providers represent our majority population and maybe 15% represent our Latino and African American populations, and when it comes to the needs of our members … it's kind of flipped,” said David Aragon, who is a Senior consultant for diversity, equity and inclusion with Colorado Access. Colorado Access is a local, nonprofit health care company that is one of the players working to establish a pipeline to create a more diverse workforce.

Zippia, a career development company, collected data from millions of profiles to publish a report this year breaking down demographics of those working in mental health professions. The report found nearly 81% of the workforce identified as white, followed by Hispanic or Latino at about 9% and Black or African American at 6.7%. These numbers are only marginally better compared to a 2013 study published by American Psychological Association Center for Workforce Studies which showed nearly 84% of mental health professionals were white. While this study shows the work to diversify the workforce has been a conversation ongoing for years, it became more acutely pointed out in public discourse since the pandemic began.

According to recent data, nearly 70% of Colorado’s roughly 5.7 million residents identify as white alone. While Colorado’s overall population is projected to increase by 2023, among racial and ethnic minorities it is projected to grow nearly twice as much.

That’s why Colorado Access and its partners like Maria Droste Counseling Center and Metro State University are working to make sure more of our mental health providers will reflect our communities.

Matara Bassett is a professor at MSU Denver with a Ph.D. and master's in social work. She mostly teaches in the graduate school of social work and is part of the work to create a pipeline for a more diverse workforce. As a first generation college graduate she understands there are barriers for many in our communities to get to college and earn a degree.

“So I know for myself — and I'm a white chick — but when I went to go get a degree, I didn't understand the language. I didn't understand forms and procedures and access. And now you add computers on top of it, right?” explained Matara Bassett. “What about if my family doesn't have a computer?”

She went on to explain there are sometimes language barriers and lack of system support that can add to challenges of reaching college. For example, a lack of adequately funded schools with enough counselors to help students understand their options. There are also cultural barriers to consider, as Matara Bassett explained some families or communities don’t discuss the possibility of college.

“Am I being coached in my school, in my elementary school or high school that I can actually pursue college, right? I was told you just need to go to beauty school and you know, learn how to do hair,” said Matara Bassett. “There was no sense of, this is how you go to college. This is how you pursue your degree.”

There are also barriers of generational wealth. Without family money to help pay for college, students can take on a lot of debt earning a degree that doesn’t always offer high-paying jobs after graduating. For example the U.S. Bureau of Labor Statistics reports the median salary for social workers in 2021 was $50,390 per year.

“And then in social work, you're gonna work in a field where you're not going to make a lot of money, then you're gonna pay an ongoing tax on your student loans,” said Matara Bassett. “So we're really dinging them and we're making it really financially difficult on top of all those cultural and academic barriers as well.”

For Karina Muro, entering into her second and final year of earning her master's degree in social work didn’t come in the straightest of lines. She is in her 40s, pursuing a degree among others in their 20s. However, through the tough times, she has found support and encouragement, starting in high school with her biology teacher.

“He was the first one in my sophomore year who told me, ‘You could go to college. You have ... the bandwidth, you are intelligent.’ And that's when he entered the idea into my head, and I went for it,” said Muro.

This is where Colorado Access and Maria Droste Counseling Center are beginning their work to create that pipeline while kids are still in school.

The Maria Droste Counseling Center aims to provide mental health services, regardless of wealth, with about 20 to 30 on staff clinicians and between 20 to 40 new interns and fellows that come in every year. And with those interns and fellows, Maria Droste works closely with colleges and universities to help support students pursuing this type of work to understand how important it is to get more clinicians who represent the different Colorado communities.

“Well, a big part of our diversifying the workforce initiative has been about finding providers that actually come from these communities, right? That have that shared, lived experience, that understand exactly where people are coming from the traumas, the stresses, the grief that they've experienced in their lives,” said Bautista.

For Muro, when she decided to pursue the path of college, she applied for grants and scholarships to pay for it. She was able to attend a big university, but that is when she came out as a lesbian and experienced a lot of loneliness.

“So for a few years there was nobody, there was absolutely nobody there for me,” said Muro. She didn’t end up finishing her degree at that time, but eventually found some life-long friends and met her wife, building that support system again. Her wife was one of the biggest reasons she thought she could go back to school and finish her degrees and pursue the next one.

“Wholeheartedly, absolutely, 100%. My wife is my biggest supporter,” Muro told Rocky Mountain PBS with tears in her eyes. “She has wanted to see me finish my undergraduate degree and finish my master's. So she has been an instrumental piece of helping me get back.”

Once back in school pursuing this degree, Muro admitted there were times the work was hard and a bit overwhelming. She said writing was a particular struggle for her.

“I didn't do well on a paper and it was devastating to me. I pride myself in being a straight ‘A’ student and I didn't do well,” said Muro. She said she reached out to her faculty adviser and Matara Bassett who gave her constant support and checked-in throughout the semester. Still Muro said she reached a moment last fall where she didn’t know if she would continue in her degree program.

“The students … in my cohorts, they were predominantly white. I didn't feel comfortable talking to somebody that might not know what I'm going through. And there is an age difference. I'm 43 and we have young 21 to 25 year olds in our program… And so I found it reminiscent again, of being lonely, of not having access to services that would be able to help me grow,” said Muro.

She had reached a moment that Matara Bassett affectionately calls getting “crispy.” A reference to burnout that many people, especially in this field of work, experience.

“So to be aware of that, and then be on teams where they allow you to be vulnerable and they allow you to say, ‘Okay, what do we need to do? What do we do?’” said Matara Bassett about dealing with burnout. “We wanna shift things up in our field, in the helping professions. You'll see a lot of people who will stay in the field for a long time, but do different types of jobs … and that allows you to build resilience. So you'll see that quite a bit as well.”

So after reaching that moment, Muro took some time to reevaluate and really think about what she wanted and needed in her life. Ultimately, she decided to keep with her pursuit of a master’s degree in social work after having a conversation with her wife, Mindy.

“She reminded me if you decide to quit — who is going to help somebody like you, who wants to quit? And as right as she is — that was my answer,” said Muro.

With another year to go, Muro still has time to decide what exactly she wants to do for work after graduating. She likes the idea of being a clinician but also helping with policy work to make significant change like HB 22-1267 which was signed by Colorado Governor Jared Polis this summer. It establishes funding and a system to provide culturally relevant training for health care providers, including those providing mental health services.

For Matara Bassett, she is now more confident about Colorado’s future knowing Muro will be a big part of that.

“She wants to make change happen,” said Matara Bassett. “I look forward to the time when I'm sitting in my retirement chair relaxing and seeing her doing this work and carrying it forward and really mentoring others as they move through their own degrees.”

Alexis Kikoen is the senior producer at Rocky Mountain PBS. You can reach her at alexiskikoen@rmpbs.org. 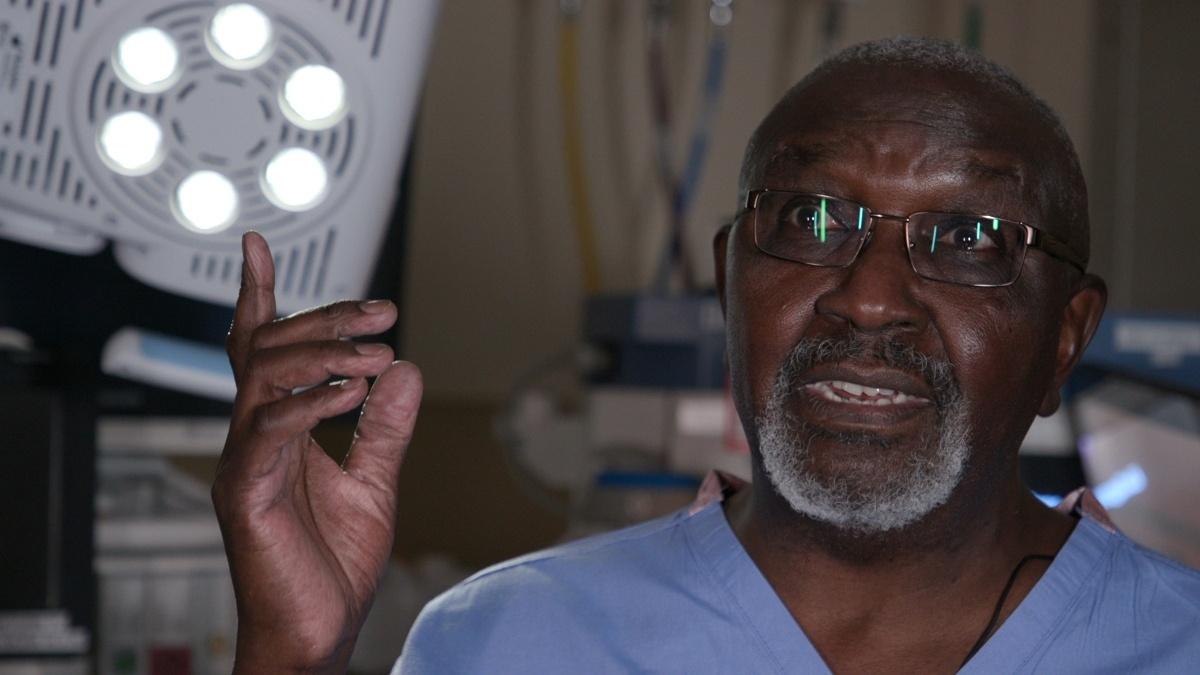 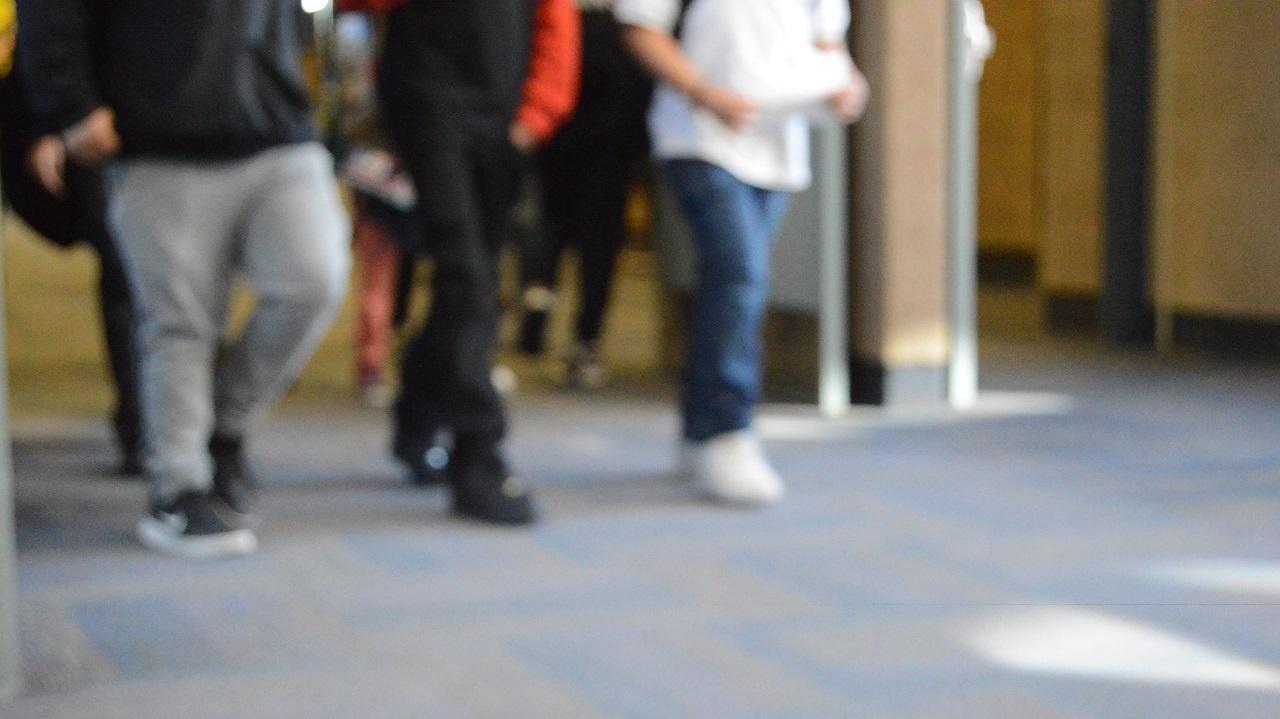