Community-based ‘ofrenda’ offers space for people to honor the dead

DENVER — A front entryway might not seem like a typical place for an ofrenda, but Denver local Christopher Jorgenson wanted his community to have the opportunity and space to commemorate loved ones who have passed.

“I’m all about honoring our loved ones, our friends, and what a better way than to do it like this?” Jorgenson told Rocky Mountain PBS. “Really give them the time and respect they deserve.”

At his home in Southwest Denver at 2710 South Irving Street, Jorgenson and his partner constructed a temporary ofrenda (meaning "offering" in Spanish) for the month of October. Unlike a typical ofrenda, which is usually intended for an individual person who has passed away, Jorgenson’s ofrenda is for everybody.

“It was cathartic for us to really acknowledge our losses, but then also give them a place to be and to be honored,” Jorgenson said. “We loved it so much and I’m kind of a social guy so I was like ‘let’s send it around to everyone!’”

The idea for the community-oriented ofrenda came when Paul, Jorgenson’s partner, was tearing out some Juniper bushes in front of their house. While he was working, Paul thought about his father who passed away years ago. Together, the Jorgenson and Paul decided to create an ofrenda instead of putting up Halloween decorations.

However, Paul, who identifies as Hispanic, suggested the ofrenda be intended for their community. In a Facebook post on October 3, Jorgenson made a call out to his neighborhood to let them know about the ofrenda and how to participate.

“Feel free to stop by at any time, drop off a picture, bring a candle, whatever you feel is ok by us,” he wrote. “Know your loved ones will be safe on the Ofrenda and we can return any photos when the time comes.”

During the traditional Día de los Muertos celebration— which takes place on November 1 and November 2— ofrendas are set up in private homes, churches, and cemeteries and often include photographs, marigolds (the Aztec flower of the dead), candles, food, and images of saints. Jorgenson’s ofrenda, which was officially set up at the beginning of the month, will remain for the next couple of weeks to make sure everyone has a chance to come by.

“We think of this as a place of honor," Jorgenson said. “We like to give them time.”

Day of the Dead Altars

Each evening from 6:00 to 9:30, Jorgenson lights the candles at the ofrenda and spends a moment thinking of each person lost. “I wish them well; wish their family well,” he said.

While Jorgenson enjoys hearing the memories people have about their loved ones, he is mostly there to offer support and create space to honor the deceased.

“I'm there to talk, I'm there not to talk; whatever they feel they need to do, I want to honor.” Jorgenson said. “I really want to provide a space for a safe haven, for honoring your loved ones, for taking the time out you need to reflect on the good things in life and not the negative. Even though someone could be there that you’ve lost, that you’ve loved, and it's hard and you’re struggling. It’s just to realize that you can go through that but also see the good.” 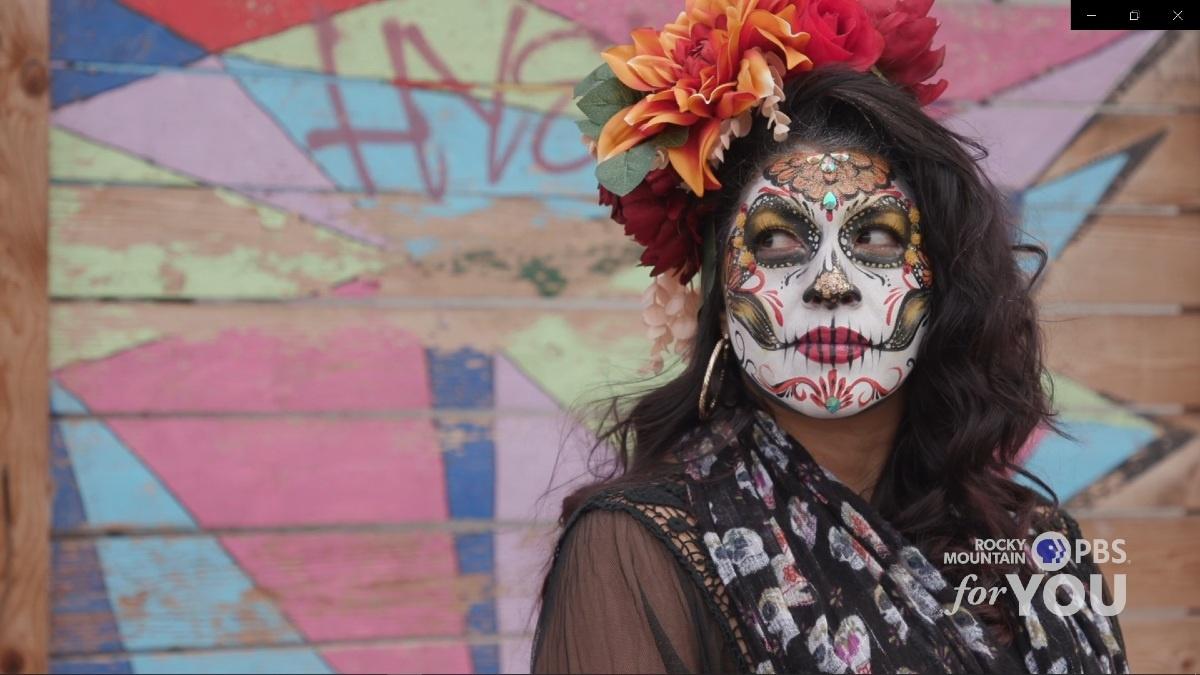 Día de los Muertos: a celebration of life in a time of loss