'Devastated and outraged': Colorado responds to the end of Roe v. Wade

DENVER — The conservative justices of the Supreme Court overruled Roe v. Wade June 24, 2022, ending a constitutional right to an abortion that had been in place for five decades.

The 6-3 decision, with liberal justices dissenting, was not exactly a surprise — earlier this year, Politico published a draft opinion from SCOTUS showing that a majority of justices, led by conservatives, planned to overturn Roe.

Colorado is one of the few states in the West that guarantees abortion access in state law. Earlier this spring, Governor Jared Polis signed the Reproductive Health Equity Act into law, which codified protections for the full range of reproductive care, including abortions, and made it so that a fertilized egg, embryo or fetus does not have personhood rights under Colorado law.

After Friday’s overturning of Roe, Polis issued a statement:

“Coloradans do not want politicians making their healthcare decisions. Because of my administration and Democratic leadership in the legislature, Coloradans don’t have to worry because our rights are still protected today despite the unfortunate reality that the U.S. Supreme just rolled those freedoms back for millions of Americans in other states. In Colorado, we will continue to choose freedom and we stand against government control over our bodies. State leadership matters now more than ever and in Colorado we will not retreat to an archaic era where the powerful few controlled the freedoms over our bodies and health decisions.”

Denver Mayor Michael Hancock said, as part of a longer statement, “This decision is nothing more than an incendiary attack on women’s rights and women’s health, and the consequences to the rule of law will be profound … The only thing the Supreme Court achieved today is to undermine our Constitution and the people’s trust in the institution of the Court.”

Friday evening, a large crowd gathered around the Colorado State Capitol in response to the SCOTUS decision.

Protest in Denver after SCOTUS ruling on Roe v. Wade 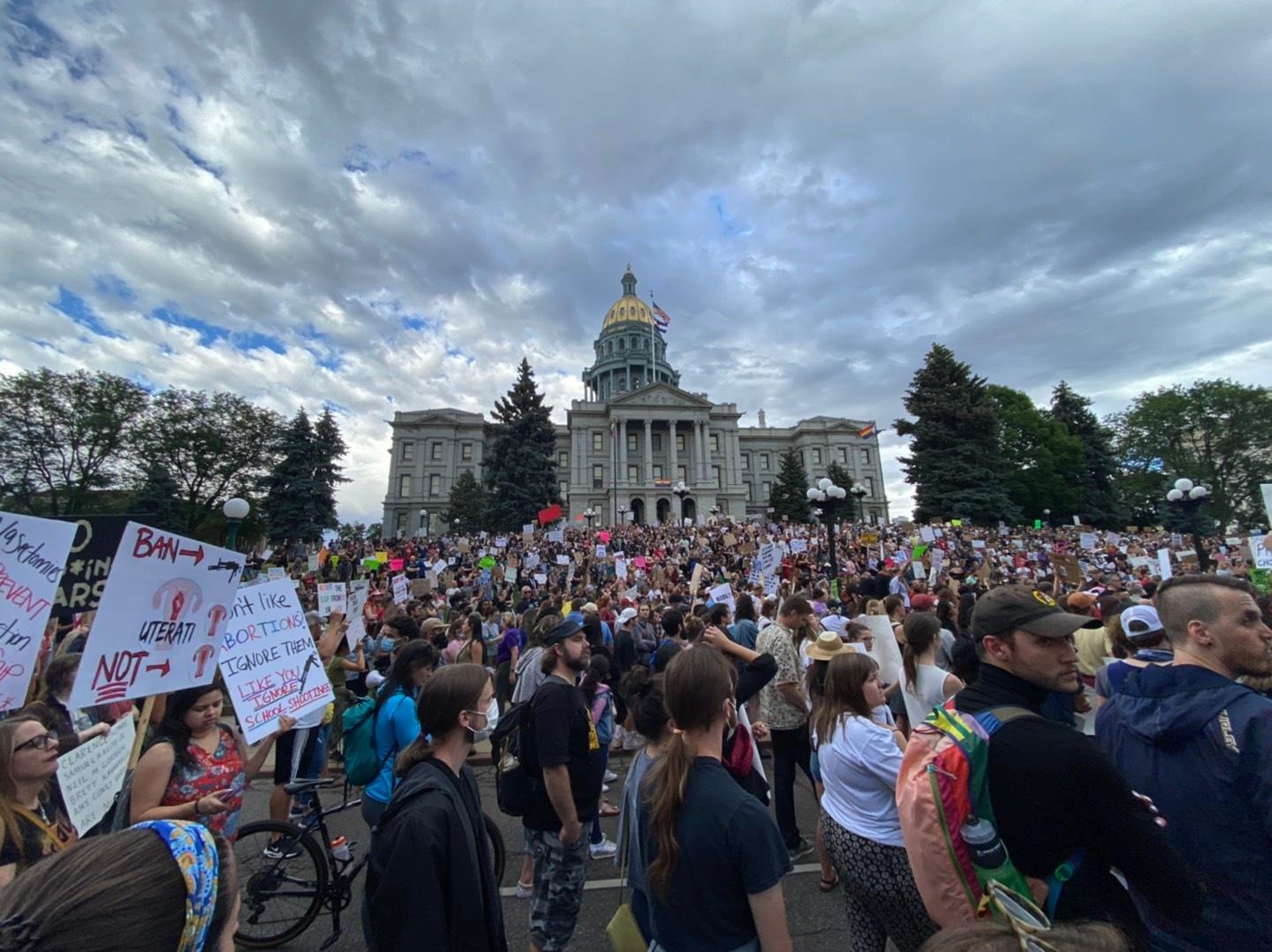 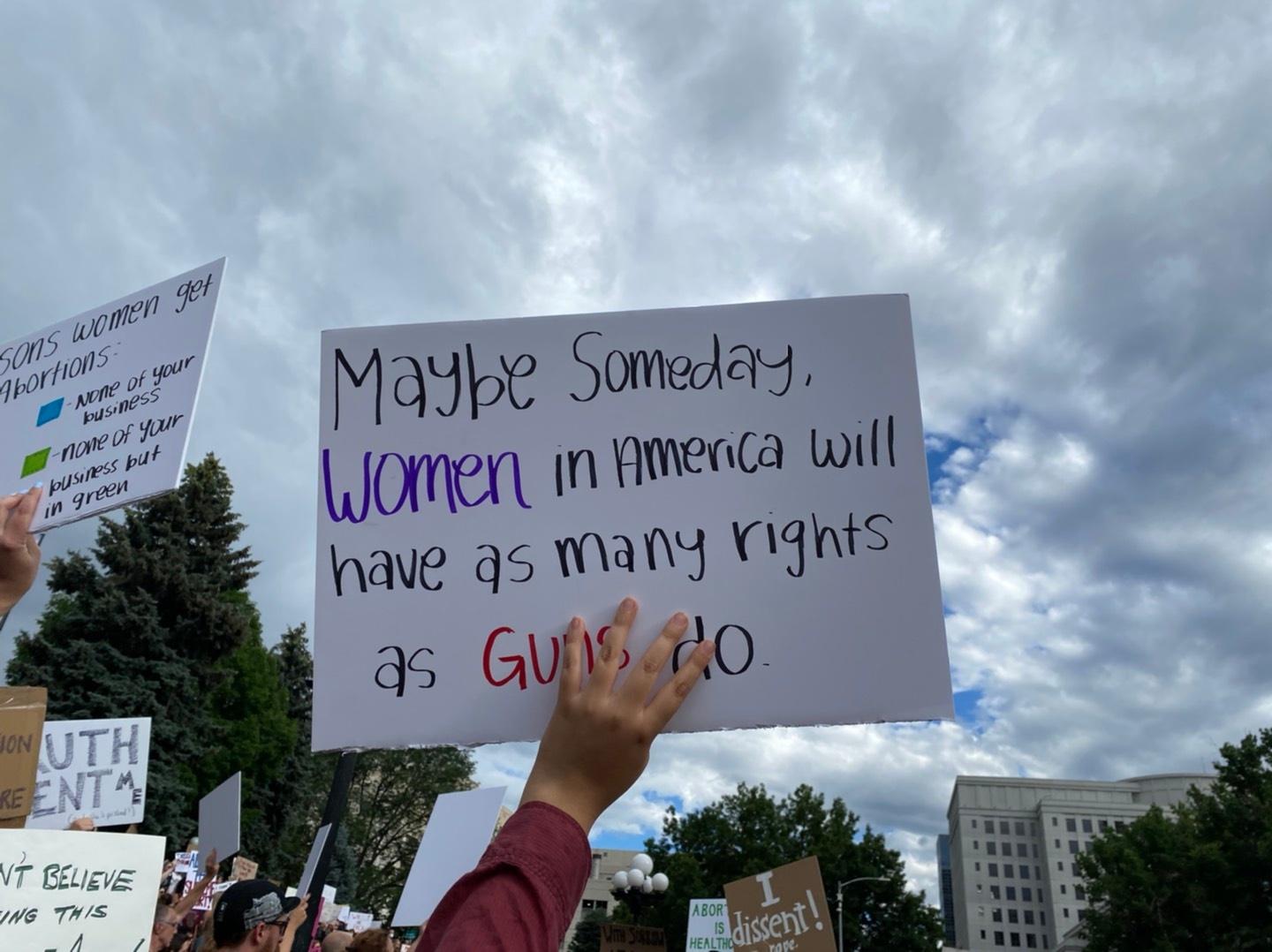 Nadine Bridges, the executive director of the LGBTQ+ advocacy group One Colorado said in a statement, “Together, we must disrupt these systems of power and take control of our own choices. We must refuse to allow anyone to treat any of us as not human or whole!” You can read Bridges full statement here.

Colorado Secretary of State Jena Griswold, a Democrat, said she was “devastated and outraged.”

“Stripping away Americans' freedom to make decisions about our bodies, health, economic independence, safety & future is an injustice and tragedy,” Griswold wrote on Twitter. “Pregnancy should not be forced on women by government-it’s an individual’s freedom to make that choice.”

“Today, a radical majority of the Supreme Court demolished fifty years of legal precedent,” Bennet wrote. “This activist ruling strips women of their individual liberty to make intensely personal decisions about their bodies and futures, and eviscerates their Constitutionally protected rights to freedom and equality.”

Bennet concluded his statement by calling on voters to “elect pro-choice majorities in the Congress” so that Democratic legislators could codify abortion access at a national level. It should be noted, though, that Democrats already control the U.S. House, Senate and Presidency; the party could pass such legislation, but it would require the abolishment of the filibuster, something more moderate members of the party are opposed to.

[Related: Why Democrats probably won’t get rid of the filibuster for abortion]

Moreover, a larger Democratic majority in Congress would do nothing to change the current ideological imbalance of the Supreme Court, barring the unlikely expansion of the number of justices.

Several studies have found that outlawing abortion does not lead to fewer procedures. Dr. Bela Ganatra, who leads the Prevention of Unsafe Abortion Unit at the World Health Organization, told NPR last month that there is a strong correlation between abortion bans and the rate of unsafe abortions.

Thirteen states have “trigger laws” in place that will ban abortion within 30 days of Friday’s decision. Three of those states — Utah, Wyoming and Oklahoma — border Colorado. Zero states bordering Colorado have abortion rights guaranteed in state law. Because Colorado is alone in this regard, abortion providers in the state are used to treating many out-of-state patients. The number of patients traveling from out of state is likely to increase now that nearby states will enact total abortion bans.

To find abortion clinics or an abortion fund near you, no matter what state you’re in, click here.

The immediate impact of the court’s ruling is that tens of millions of women and birthing individuals will no longer have reliable access to safe, legal abortions, a right that had been guaranteed for several generations of Americans before them. The longer-term impacts of Roe’s reversal are less clear, but as Mark Joseph Stern noted in Slate, “There is a strong correlation between states with restrictive abortion laws and states with high rates of maternal and infant mortality.” Abortion bans are also likely to increase childhood poverty.

In the dissenting opinion of Friday's decision, the liberal Supreme Court justices wrote, “With sorrow—for this Court, but more, for the many millions of American women who have today lost a fundamental constitutional protection—we dissent.” 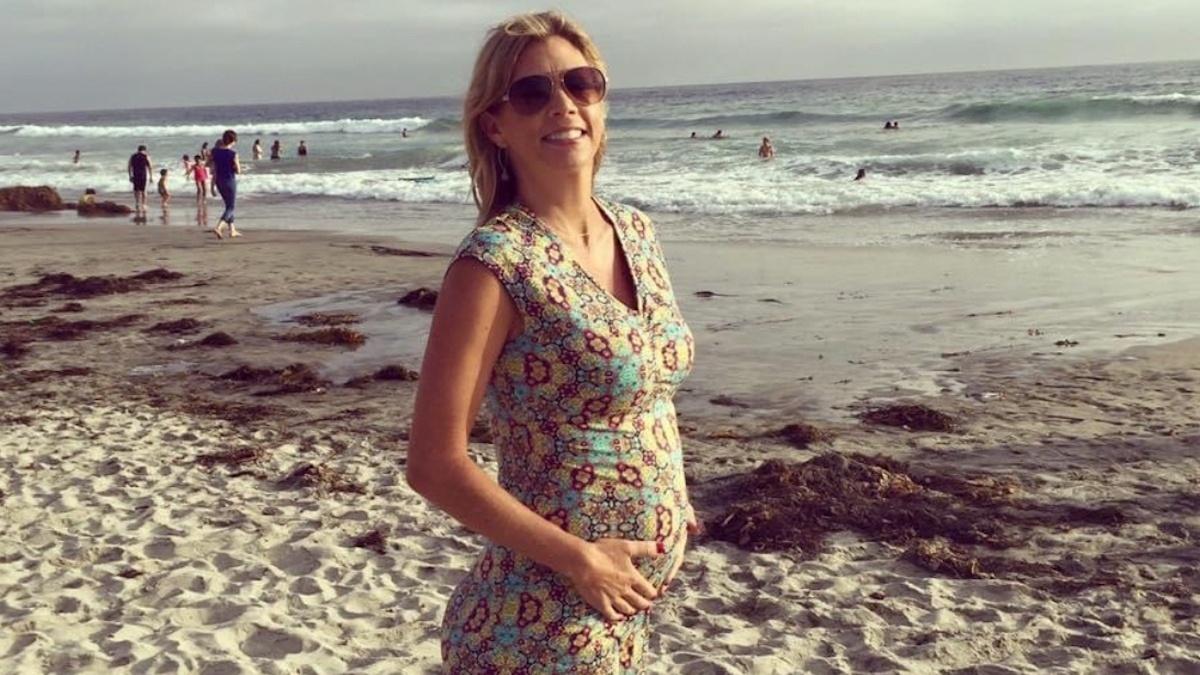 Fearing the end of Roe v. Wade, one woman decides to share her story 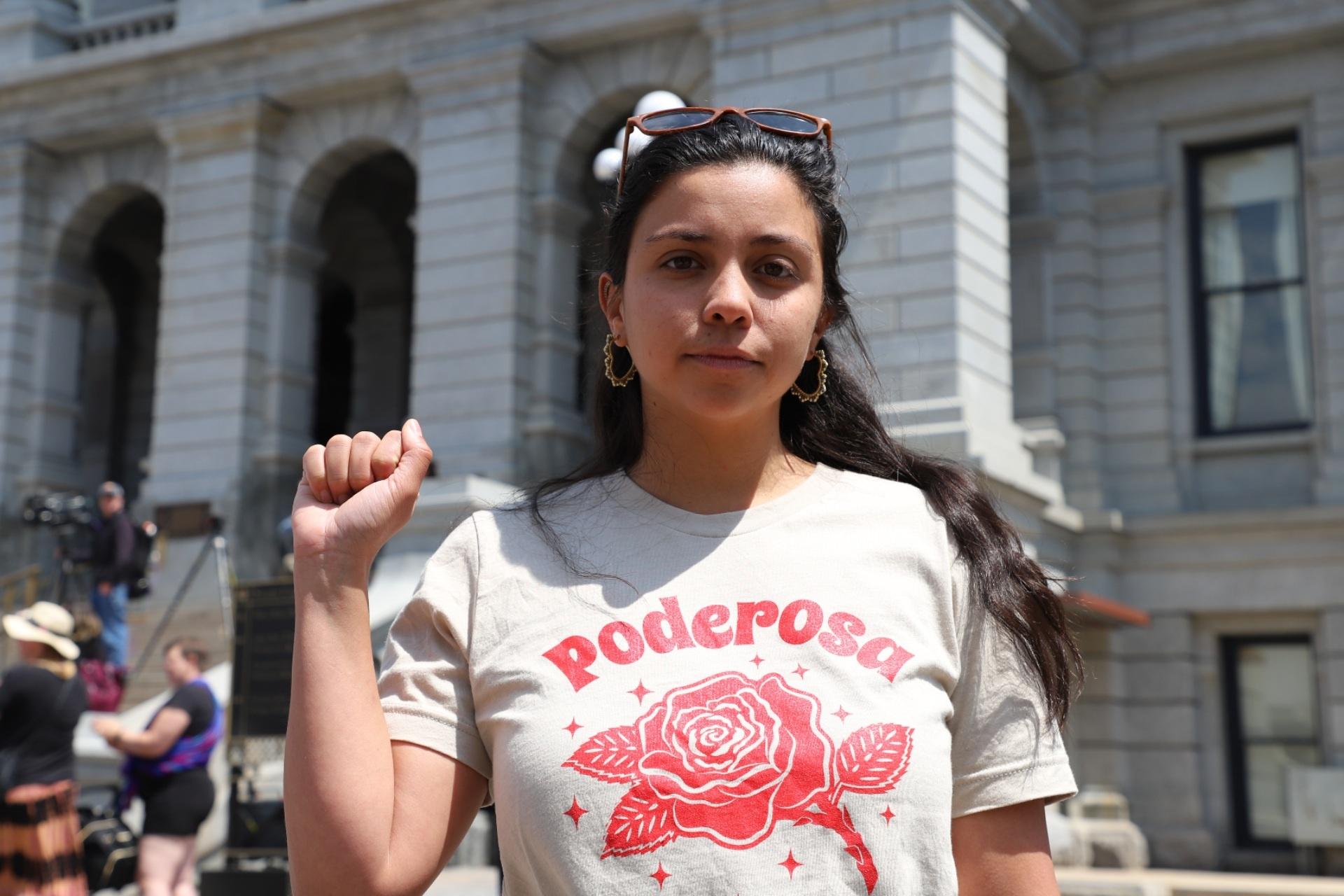