Planned Parenthood of the Rocky Mountains: 'You couldn’t create a more terrifying scenario'

The chief executive officer of Planned Parenthood of the Rocky Mountains has been working to get her organization ready for what she calls “our terrible forecast” — the leaked Supreme Court decision indicating that Roe v Wade will be overturned.

PPRM, the region’s largest abortion provider, with locations in Colorado, New Mexico and Nevada, finds itself at the center of a nationwide fight for reproductive rights.

As neighboring states “go dark” on abortions, Colorado has become a place of refuge for those seeking an abortion, signing into law protections for the reproductive health care that safeguards a person’s right to an abortion.

For PPRM, that means a huge influx in out-of-state patients. Health centers have already experienced an uptick in patients since the Texas abortion ban that was signed into law in September 2021, and now must prepare for that situation to extend to other bordering states.

“Twenty-six million patients are going to live in a state that does not have abortion,” Cowart said in a September 2021 interview with Colorado Community Media. “That’s our terrible forecast after the Supreme Court does what we expect it to do.”

If Roe falls, the recent move by Colorado Democrats to add abortion rights to state law will make Colorado an island of reproductive rights in the region. https://t.co/WUnUxiZNwJ#copoliticspic.twitter.com/fIClR1O9K8

A day after the court’s decision was leaked, a PPRM health center assistant who wished to remain anonymous said their health center is preparing for an increase in patients. The provider saw 92,000 patients in the last year, according to PPRM’s 2021 annual report.

“We’re really prepping for a massive amount of out-of-staters now," the HCA said. "(We’ve) already had a massive increase since September with Texas, and now, we’re preparing for almost all our neighboring states to join Texas.”

The Supreme Court released a statement May 3 verifying the validity of the leaked decision, which is still subject to change.

PPRM’s patient navigators have been working to help patients coordinate travel and lodging, sometimes helping with the cost associated with those hurdles, Cowart said.

“We’re talking as though ‘Oh, it’s just easy, you just fly over to new Mexico or drive to Colorado,’" Cowart said. "If you’re an affluent person, if you have your United Miles, if you know how to get on the website and get yourself a plane ticket, this is horrible, but it’s not going to stop you from flying to Denver or flying to LA or flying to New York and having an abortion.

“It’s particularly bad for people who are already struggling with an upside-down economy… You couldn’t create a more terrifying scenario for a young woman, for a poor person, for someone with kids that need to be cared for,” Cowart continued.

Because of this, the Supreme Court’s decision will disproportionally effect BIPOC abortion seekers and those who have limited incomes, Cowart said.

Donations to PPRM and Planned Parenthood have helped mitigate the cost associated with both traveling and getting an abortion, according to Cowart.

The anonymous HCA said navigators have been gearing up to help more patients.

“We’re prepping mostly — just making sure our patient navigation team is up to speed on how many more patients they’re gonna have to book flights and hotels for,” the HCA said.

One way PPRM is preparing to deal with the expected influx of patients is a heightened focus on telehealth. Seeing patients virtually allows for more flexibility with scheduling and logistics and helps reduce the strain on PPRM’s staff.

Cowart said ramping up telehealth has been one of PPRM’s focuses as it’s been preparing for the Supreme Court’s decision and added that any patient who opts for telehealth will still be able to speak with a provider about their abortion.

“We’ve been seeing this coming; we’ve been getting ready for it," Cowart said. "The most important thing that we’ve been doing is moving as many of our services to telehealth as possible, and that includes medication abortion.

“So we have a service where an individual can call in and speak to a doctor over the phone or over a website connection and go through the proper explanations and procedures and the doctor can then send, prescribe and send the medication abortion to the patient overnight to their home or their designated location,” Cowart continued.

Nevertheless, abortions coordinated over telehealth have their limitations. Abortion medications cannot be sent out-of-state — a patient still needs to cross the Colorado or New Mexico border to get access to the medication.

Additionally, the abortion cannot be carried out in a state where abortion is illegal, so patients must take the medication in a legal state.

Cowart said patients can choose if they would like to be seen in person or virtually, and that some patients' medical history necessitates that their abortion be administered in person. She added that non-abortion patients may also be seen via telehealth for visits concerning STI testing, birth control, gender-affirming care and other services PPRM provides.

While PPRM is working to accommodate the looming influx of patients, its healthcare providers are feeling the strain of working in a challenging field during the COVID pandemic and simultaneously managing a higher patient volume.

Ashley Lipasek, a traveling health center assistant with PPRM who works at all of PPRM’s locations, said that although she and her coworkers have experienced heightened stress, the ability to preserve a patient’s right to abortion makes it worth it.

“I think increasing the patient number has definitely taken a toll on the health-care workers," Lipasek said. "But at the same time, I think anyone who joined Planned Parenthood does it not for the money — we don’t make a lot of money, it’s a nonprofit, but because we stand by the mission and we know it matters.

“Even if our patient numbers are going up from seeing 30 patients a day to 45, it is a really big increase, and it does create a really exhausting toll on us, but, you know, every time I work with a patient, even if it’s the end of the day and I’m exhausted and I’ve seen 10 extra patients that day, to me it will always be worth it," Lipasek said.

Lipasek said being able to provide abortion services at a reduced cost adds to the gratification of her work.

“Providing the services is really what matters. If we’re able to provide the services at little-to-no cost it makes the job worth it to me…There’s something to be said about the feeling of gratification when I can say ‘don’t worry about the cost of today’s procedure. It’s usually $560, but we’ll just cover the cost, it’s fine,’” Lipasek said.

Cowart said PPRM has been building collaborative networks nationwide that will provide an infrastructure for abortion seekers in "dark" states to coordinate their care.

"We’ve been building networks and collaborating across states, collaborating amongst all the providers — the independents, the Planned Parenthoods, everybody... The National Abortion Federation has a hotline, we’ve hired patient navigators," Cowart said.

"These patient navigators know where all the funders are, and they know where the bus stations are and so we’re trying to get the word out there via web, via stories like yours, that if nothing else, call the Abortion Federation Hotline, and we can figure out where you are and help you figure out where to get to — and most importantly, help fund it." 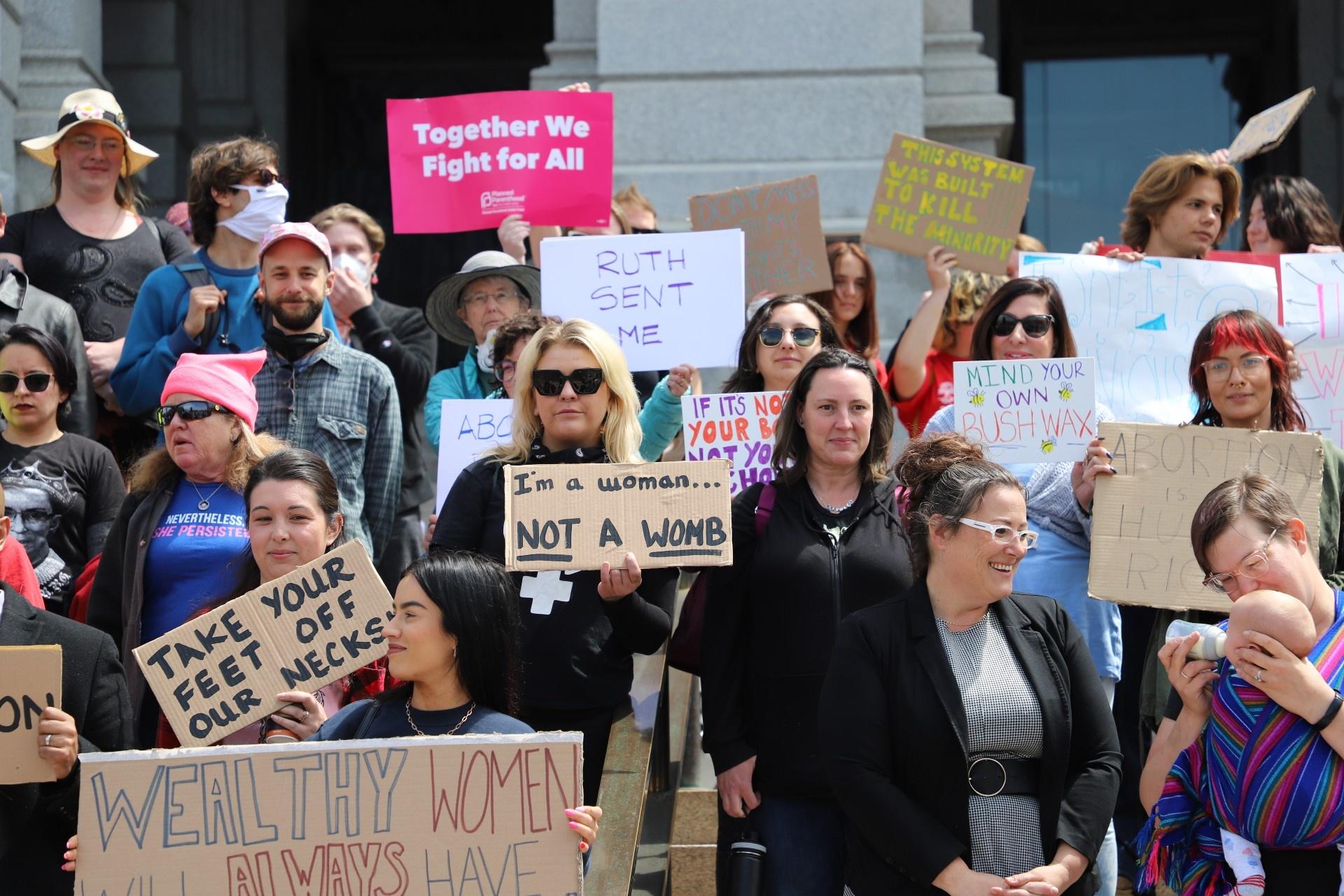 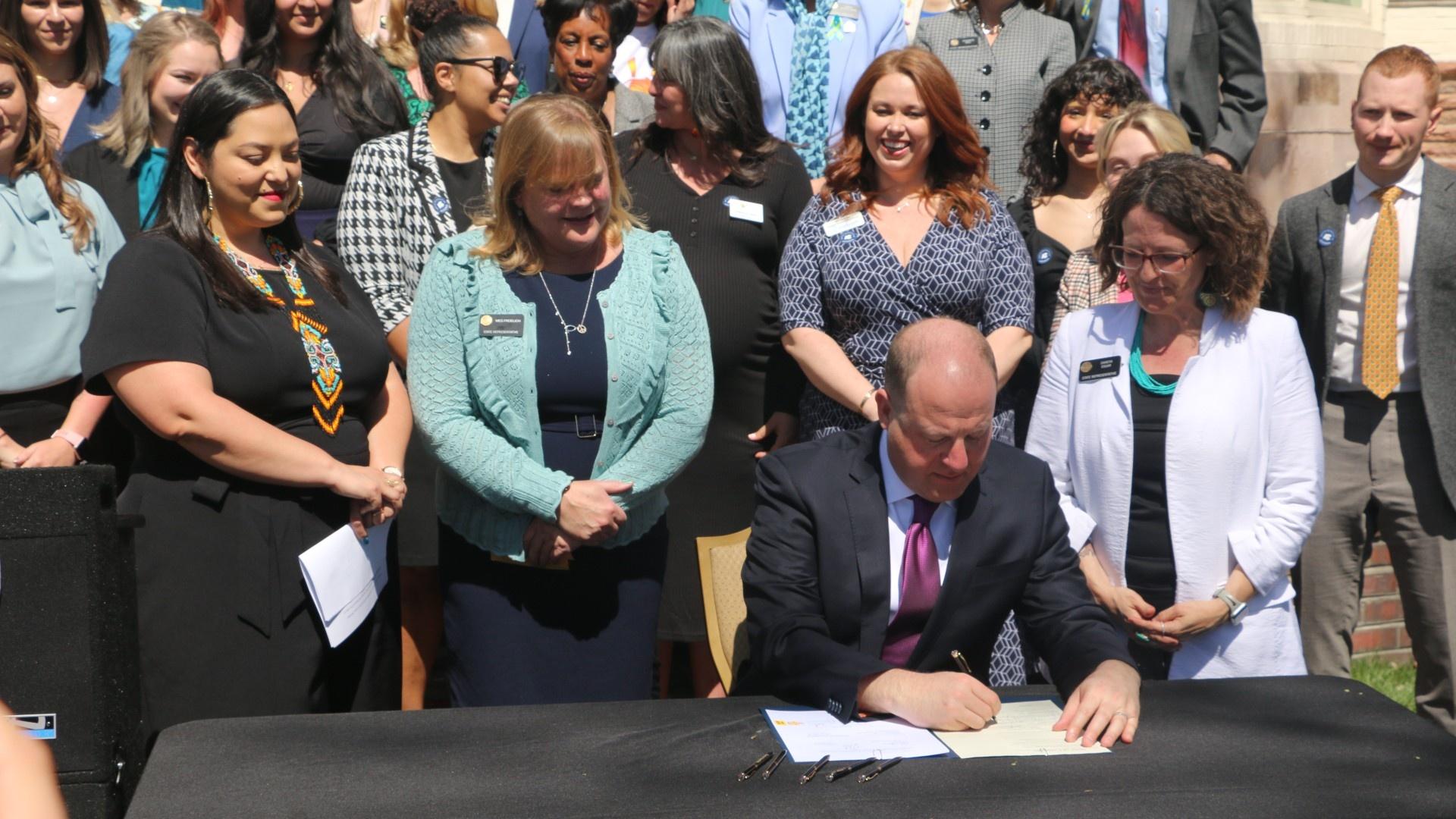