CLEAR CREEK COUNTY, Colo. — What was once Sq**w Mountain is now known as Mestaa’ėhehe Mountain.

On December 9, the U.S. Board on Geographic Names' (BGN) Domestic Names Committee officially approved the name change. No members were opposed to the change.

The final approval from BGN follows a September 17 vote from the Colorado Geographic Naming Advisory Board, which also voted unanimously in favor of the name change.

Jones is Northern and Southern Cheyenne and a member of the Mestaa’ėhehe Coalition, a “collaborative effort among Tribal Representatives from the Tsétsêhéstâhese (Cheyenne) and Hinono'eiteen (Arapaho) tribes, Indigenous leaders, nonprofits and allies who support renaming and educational efforts.”

Jones joined the coalition after learning about its efforts to change the name of Mt. Evans, which is named after former Territorial Governor of Colorado John Evans. Evans was responsible for the oppression, exclusion, and even murder of Native Americans. His proclamation on August 11th, 1864 led to the horrific Sand Creek Massacre in which troops killed around 230 Cheyenne and Arapaho people composed mostly of women, children, and the elderly. Governor Jared Polis officially rescinded the proclamation in the fall of 2021, but the Evans name remains across the Colorado landscape.

For months, the coalition has been pushing to rename both Sq**w Mountain and Mt. Evans, which are located in Clear Creek County, as part of a healing and reconciliation process. Sq**w, sometimes called the “S-word,” is a derogatory term for Native women.

“It’s dehumanizing, it’s demoralizing, it’ degrading, and it’s also derogatory,” said Jones. “There’s a lot of mixed articles out there that talk about how it is not offensive but…a non-Native person has no right to come to a Native woman and say that it’s not offensive.”

Jones explained that use of the term is not only harmful to Native women’s mental health, but it perpetuates violence against them. “This demeaning perception has led to thousands of Missing and Murdered Indigenous Women (MMIW),” the coalition said in a statement to Rocky Mountain PBS.

A movement to scrub the term from landmarks and place names has grown across the U.S. in the past few years. Most recently, the well-known Sq*** Valley Ski Resort near Lake Tahoe, California changed its name to Palisades Tahoe after over a year of work.

“Renaming is much more than physically changing a sign,” said the coalition. “It is a process of acknowledging the harm and trauma of the past and bridging the way for a peaceful future together.”

Mestaa’ėhehe Mountain, located in Arapaho and Roosevelt National Forests, is now named after a prominent Native woman in Colorado history: Mestaa’ėhehe, also known as Owl Woman in the Cheyenne language.

Earlier this year, Polis caught some flak after suggesting an alternative spelling to Mestaa’ėhehe, saying the name was too difficult to pronounce.

“We want to honor Mestaa’ėhehe,” he said to Colorado's Geographic Naming Advisory Board. However, he added, “I don't think we want people mispronouncing that, or simply just giving up and calling it Squaw Mountain, which I fear is what will happen in this case.”

You can learn how to pronounce Mestaa’ėhehe here.

According to the coalition, Mestaa’ėhehe was “the daughter of White Thunder (a well-respected Cheyenne tribal leader, known as the 'Keeper of the Arrows') and Tail Woman, sister of Yellow Woman and Island.” She was also the wife of Colonel William Bent, with whom she had four children, and had a significant part in the successful relationship between the Cheyenne, Arapahoe, and European settlers before her death. For this reason, she was inducted into the Colorado Women’s Hall of Fame.

“How inspiring to continue her peacemaking efforts by renaming this derogatory mountain to Mestaa'ėhehe Mountain - not only in her honor but for all Native women and tribal nations,” the coalition said.

Bringing back Cheyenne language to Cheyenne lands is especially important to Jones. She, her children, and her nieces all have Cheyenne names.

“It’s a great talking point now for my daughter and my nieces to have a new conversation, to explain who Owl Woman was and to feel proud to have a name in the same language,” she said.

But the coalition and others aren’t stopping here. The state is home to several other places and landmarks with derogatory or harmful names, such as Mt. Evans.

The prevalence of such names was recognized when Polis formed the Colorado Geographic Naming Advisory Board in the summer of 2020. The board is made up of historians, politicians, and other local representatives chosen by Polis. Through this action, renaming has become more streamlined in the state. The pending name-change requests, as of October 14, can be found here.

Order 3404 officially labeled the S-word as derogatory and called for the creation of a federal task force that will work to replace the term used for geographic features throughout the U.S.

Order 3405 created the Advisory Committee on Reconciliation in Place Names that will tackle many other derogatory terms. The committee will be comprised of representatives from “from Indian Tribes, Tribal and Native Hawaiian organizations, civil rights, anthropology, and history experts, and members of the general public.”

"Racist terms have no place in our vernacular or on our federal lands. Our nation’s lands and waters should be places to celebrate the outdoors and our shared cultural heritage – not to perpetuate the legacies of oppression,” Haaland said upon the release of the orders. “Today’s actions will accelerate an important process to reconcile derogatory place names and mark a significant step in honoring the ancestors who have stewarded our lands since time immemorial.”

The renaming of Sq**w Mountain to Mestaa’ėhehe Mountain is a significant step in this process.

“Everyone has the opportunity to truly learn from the past and be part of this change together,” the coalition said.

In Colorado, there are nearly 30 places—from creeks to canyons to lakes—with the word "Sq**w" in the title. The USGS has compiled a list of every place in the country with such a name. You can view it here.

“I’m just grateful and curious to see what the future holds,” Jones said. “And I will be right there making things happen for my family, for my tribe, in the name of my grandmothers and grandfathers.” 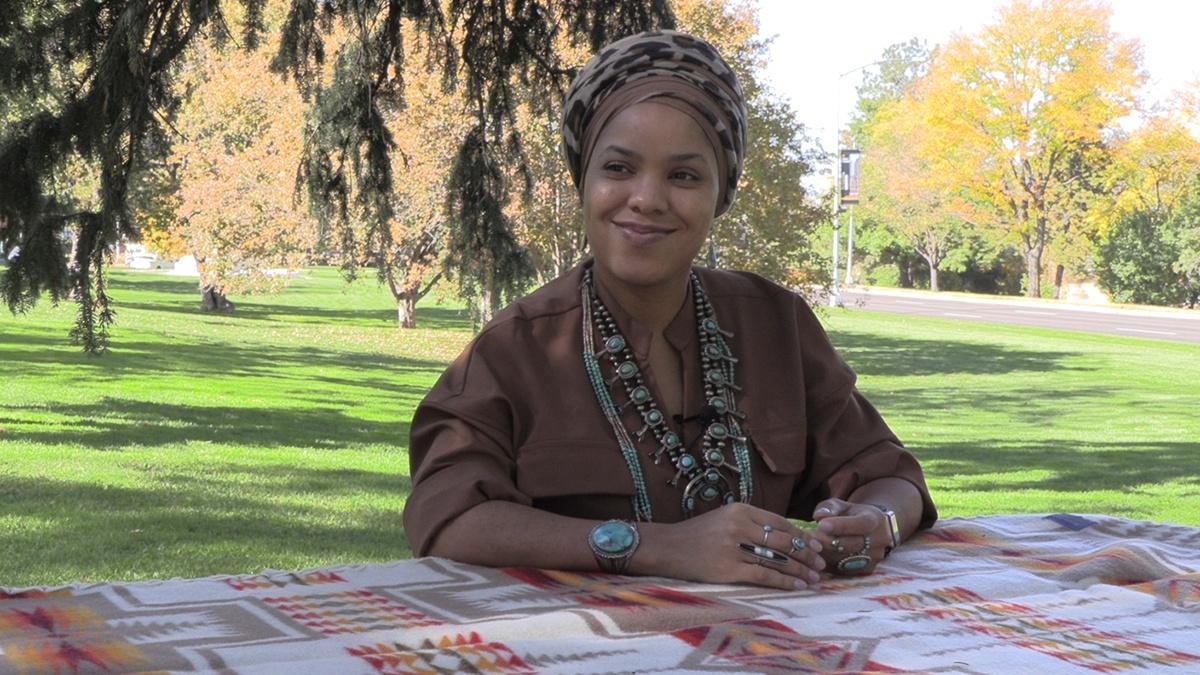 Nizhoni Elizabeth Smocks on what it means to be Afro-Indigenous 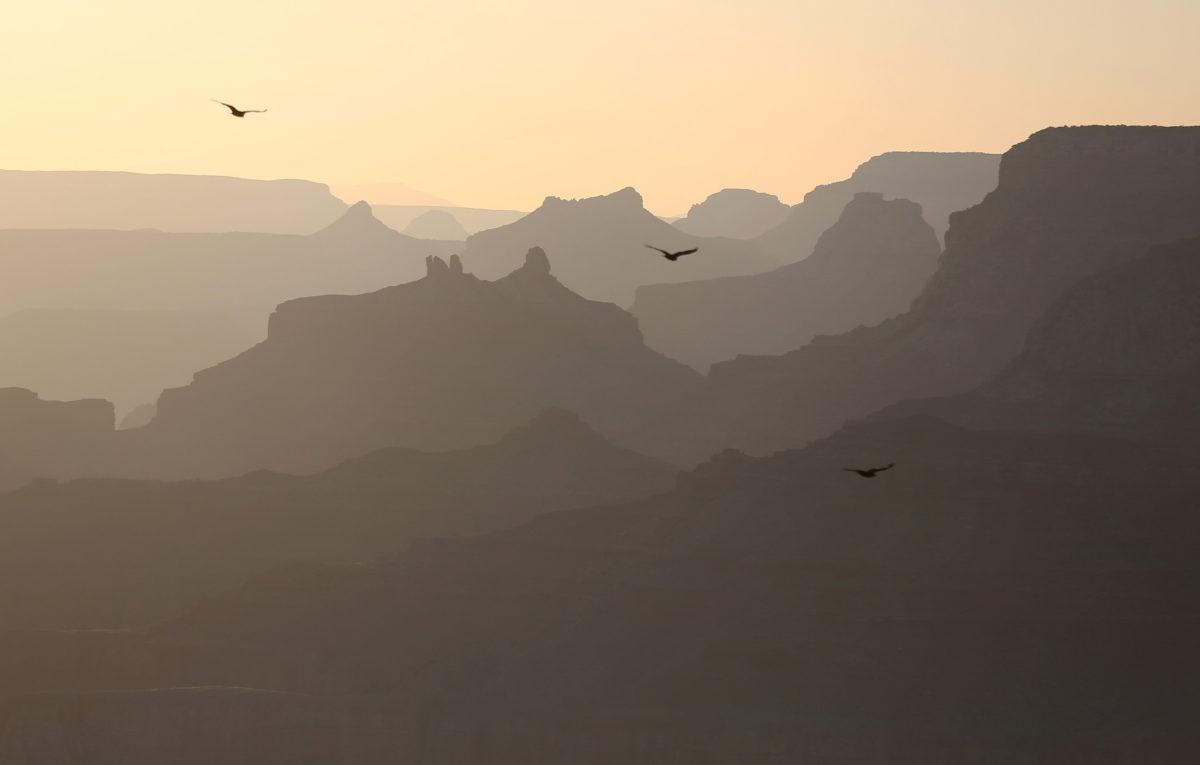