DENVER — On the West Steps of the Colorado State Capitol, Governor Jared Polis signed an executive order on August 17 that officially rescinded proclamations made by Territorial Governor John Evans that led to the death and endangerment of Native Americans.

On August 11, 1864, Evans, who was also the superintendent of Indian Affairs in the Colorado territory, issued a proclamation authorizing the citizens of Colorado "to kill and destroy, as enemies of the country… all hostile Indians."

The proclamation resulted in what is now known as the Sand Creek Massacre. On November 29, 1864, about 675 volunteer cavalrymen under the command of Col. John Chivington opened fire on a peaceful encampment of Cheyenne and Arapaho people on the grassy plains of eastern Colorado. Those at the camp had been assured they would be safe there.

According to an account from the National Parks Service, “over the course of eight hours the troops killed around 230 Cheyenne and Arapaho people composed mostly of women, children, and the elderly.”

Evans maintained that he did not know about the attack in advance and that he wouldn’t have been able to stop it (he was in Washington D.C. during the massacre, according to History Colorado). Nevertheless, on August 1, 1865, Evans resigned as governor at the request of President Andrew Johnson.

At the signing of the executive order, Polis was joined by members of the Southern Ute, Ute Mountain, Cheyenne and Arapaho Tribes, as well as members of Colorado's Native and Indigenous communities.

"We are tearing down this awful symbol of hate," Polis said during the signing. You can read the full executive order here.

"We would like to see all those wrongs that were done all those years ago come back to right," governor of the Cheyenne and Arapaho Tribes Reggie Wassana said.

As Rocky Mountain PBS reported last year on the 156th anniversary of the Sand Creek Massacre, the tragedy was actually celebrated at the time by many white people in Denver. Over time, the story was either forgotten, ignored or mischaracterized by many Coloradans.

It wasn’t until 1998, 134 years after the attack, that the U.S. Department of the Interior began working with the Cheyenne and Arapaho tribal governments to establish a Sand Creek Massacre National Historic Site as part of the National Park System. The site was officially dedicated in 2007.

“We conclude that John Evans’s pattern of neglect of his treaty-negotiating duties, his leadership failures, and his reckless decision making in 1864 combine to clearly demonstrate a significant level of culpability for the Sand Creek Massacre,” the researchers wrote in their findings. “Evans abrogated his duties as superintendent, fanned the flames of war when he could have dampened them, cultivated an unusually interdependent relationship with the military, and rejected clear opportunities to engage in peaceful negotiations with the Native peoples under his jurisdiction.”

On November 20, 2020, the Colorado state Capitol’s Building Advisory Committee voted 7-2 to recommend placing a sculpture of a grieving Native American woman outside the Capitol as a memorial to the massacre.

The sculpture replaces a statue of a Civil War soldier that was toppled by protesters in the summer of 2020 — a statue that originally listed the Sand Creek Massacre as a “battle.”

Kyle Cooke is the Digital Media Manager at Rocky Mountain PBS. You can reach him at kylecooke@rmpbs.org.

Photos by multimedia journalist Clarissa Guy. You can reach her at clarissaguy@rmpbs.org. 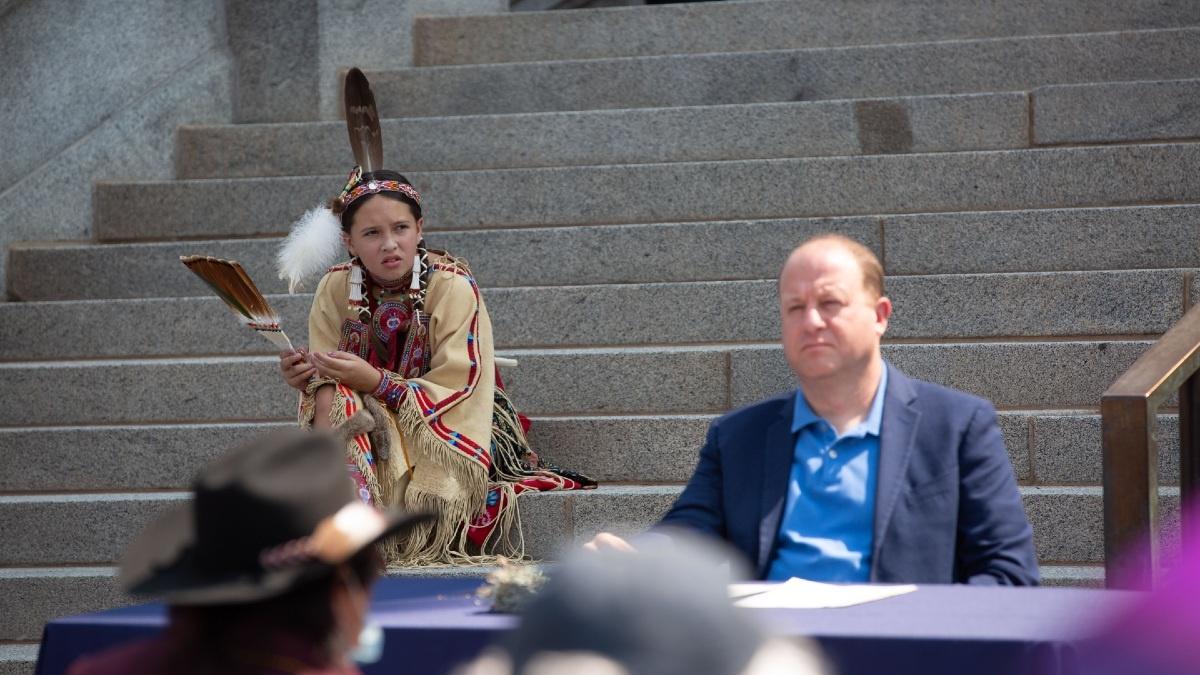 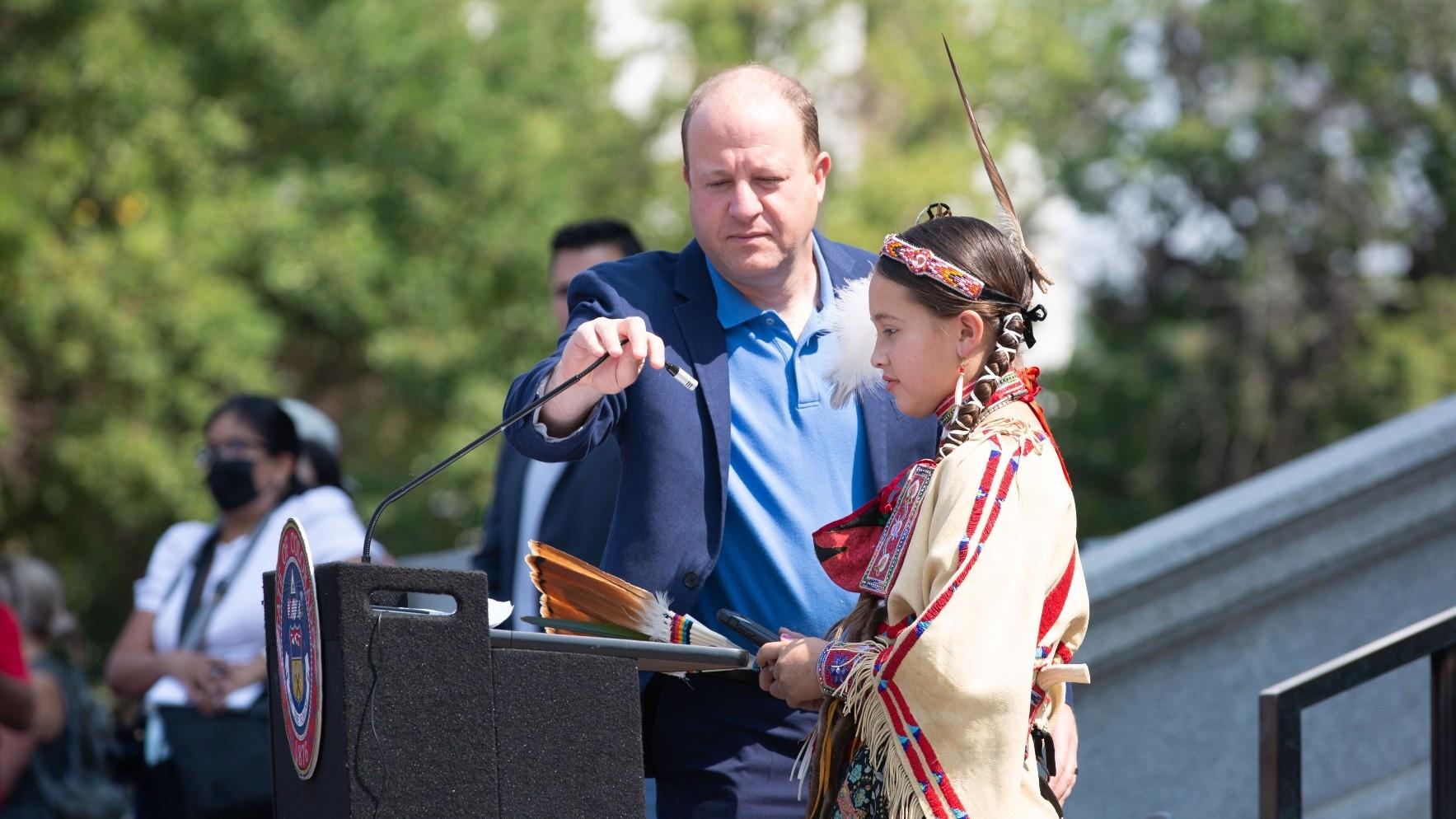 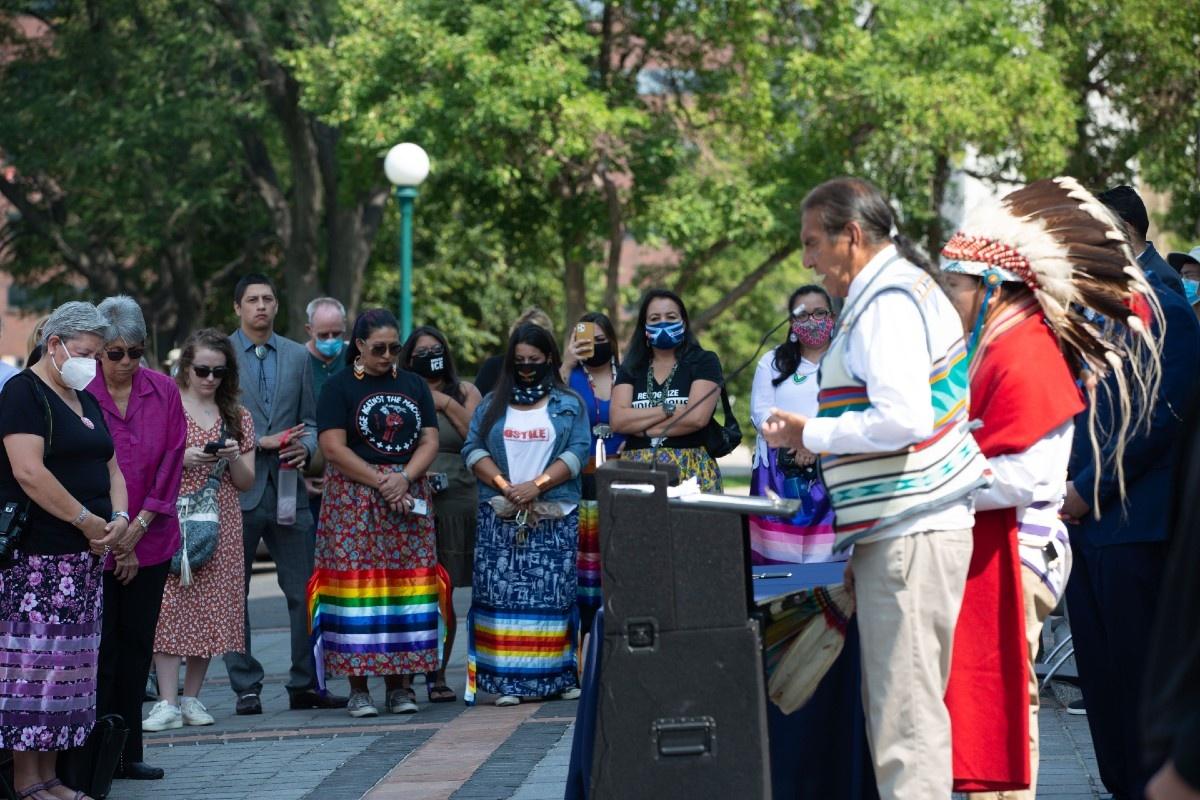 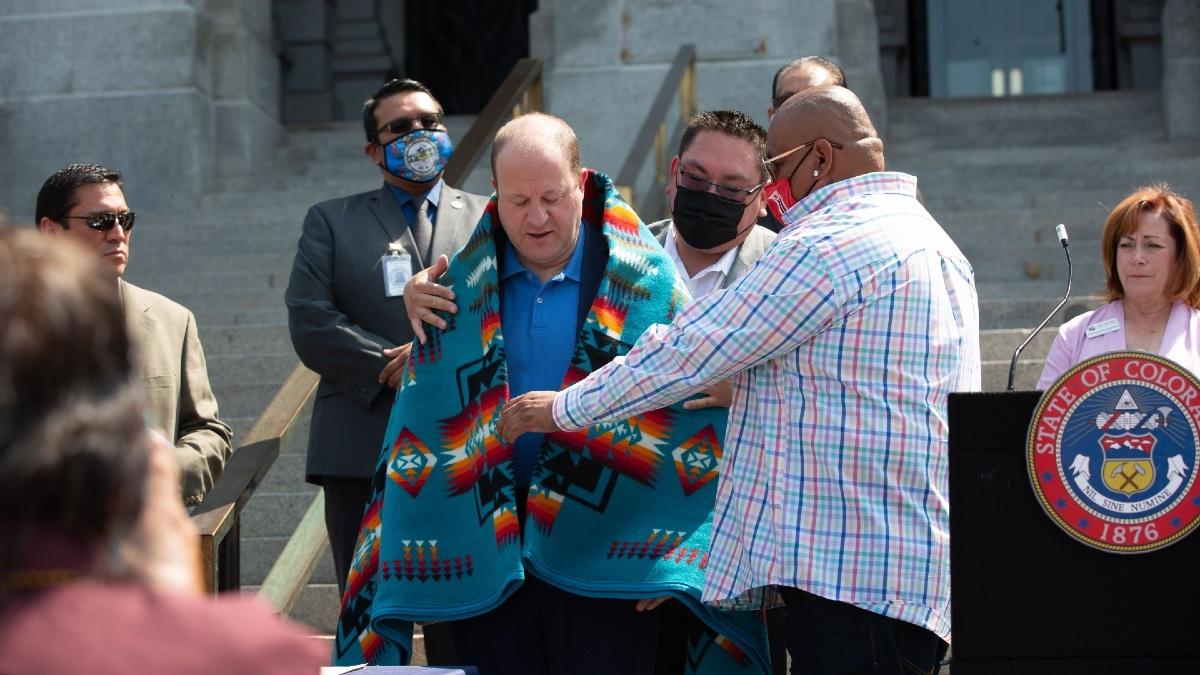