Indoor concerts are music to the ears of the Colorado Symphony

DENVER, Colo. —“We are on the other side, with one foot still on the line.”

It was almost exactly one year ago when Rocky Mountain PBS went hiking with Phil Hiester and his wife, Deborah—outdoor gatherings and social distancing were the norm.  A stagehand for more than three decades, his future at the job he loved was in jeopardy.

“In our industry there are no stagehands working in the country. Our industry has been shut down entirely.  It's very unsettling because we don't know when we'll get back to it,” he said in July of 2020.

One year later, there is reason for optimism.

One year ago, the pandemic halted a job he loved. Today, Phil Hiester is back full-time.

“It is a very special day,” he said during an interview after an early morning crew-call at Boettcher Concert Hall where preparations for the first indoor concert since the pandemic shutdowns are finally underway.

Hiester is a union steward for the International Alliance of Theatrical Stage Employees at Boettcher Concert Hall and one of four stagehands for the Colorado Symphony.

“It is a full orchestra that we set, meaning all four families of the orchestra—strings, woodwinds, brass, percussion, and in full numbers,” he explained. For the first time in many months, there would be no need for extra spacing on stage and musicians could be mask-free while indoors.

As music and the arts are rebounding across Colorado, Hiester believes much of this is thanks to the successful rollout of vaccinations across the country and cities, like Denver, that took swift safety measures.

“So far so good, I think. From my union’s perspective, shows are coming back, the industry is coming up. Major League Baseball was a huge kind of experiment for Colorado because that pushed the envelope a little bit. There's great hope and there's confidence that it will come back—just need to make sure that it maintains,” he said.

Loans, supporters, and resiliency: Keys to navigating the past year

The Colorado Symphony returned to its season last October with outdoor concerts and virtually streamed holiday performances. That meant Hiester and his colleagues had work, but it just wasn’t the same.

“The orchestra kept us working the entire season (through May). We would do roughly 10 days a month,” he said, adding that’s roughly one-third of the work during the typically busy performance season.

Despite the reduced scheduled, Hiester and other employees still felt gratitude.

“The Colorado Symphony kept everyone that they could on payroll.  The work was limited, but we all had a home to come to. We could all earn basically our living,” he added.

Music is back— season preview concert with full audience

A few thousand music lovers were in for a treat.  The Colorado Symphony completely 'sold out' free tickets to the season preview performed at Boettcher Concert Hall on Sunday, July 18.

To make sure the musicians, conductor, and audience were ready, Hiester and his stagehand colleagues made quick work of setting the stage. In just two hours, his team transformed an empty stage to one for for 80 musicians. It’s a sight to see.

Starting at 7:30 a.m. sharp, Hiester and his team swiftly set the stage: Hiester set the chairs, music stands, and oversaw all-things electrical.  Sue was the stage carpenter on this day and helped with everything—from navigating the catwalk to tweaking lighting. Dante ensured each musician had their space personalized (some with cushions and specialized tiny risers). Eric helped set the percussion area and got all the stage props in order. Dave Ailing, the production stage manager, oversaw all the logistics and kept the team on schedule.

And at precisely 10:00 a.m., Colorado Symphony’s resident conductor, Christopher Dragon, took the stage for rehearsal. With a brisk wave of the baton— the sounds of Prokofiev, Mozart and Dvorak filled the hall.

The Colorado Symphony looks ahead

“I've reminded myself throughout (this pandemic) that what followed the pandemic of 1918 was the roaring twenties. They didn't distance at all. They had a darn good time and shook it up pretty well.  I would love it if that's our future...if we're going to get back to that,” he said.

For now, guests to Boettcher Concert Hall can learn more about ‘needle point bipolar ionization technology’ for the HVAC system and other enhanced sanitization measures the space has taken to protect them, here.

Jennifer Castor is the Executive Producer of Multimedia Content at RMPBS.  You can email her at jennifercastor@rmpbs.org 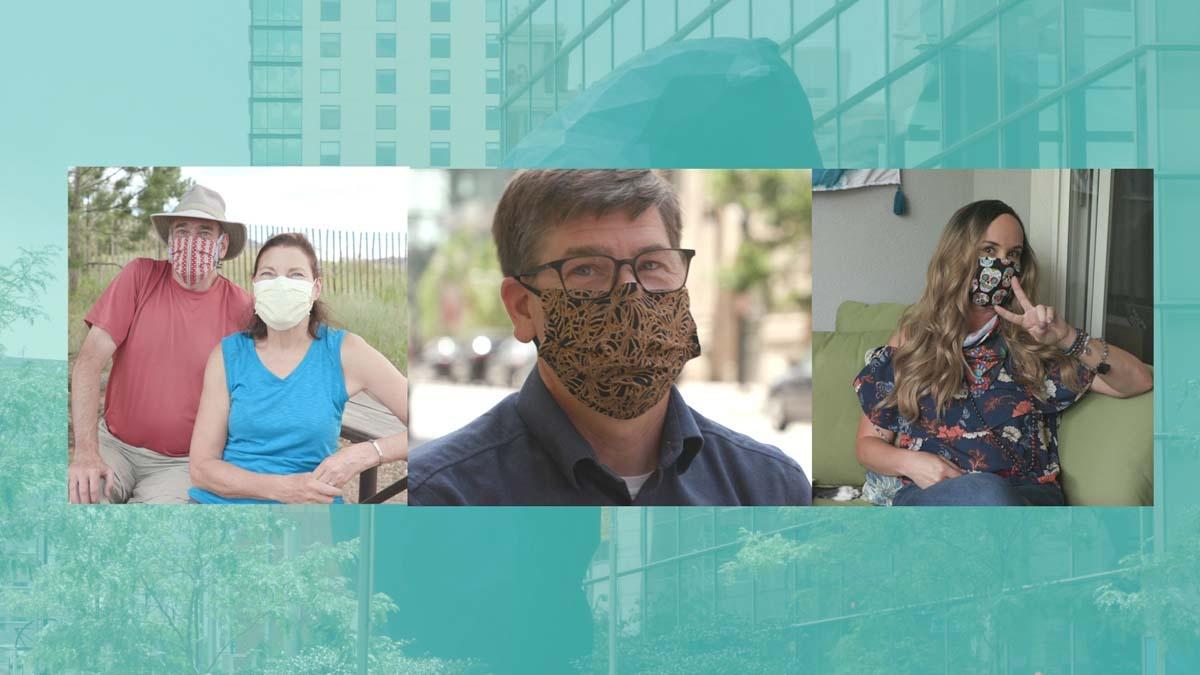