Tomas Martinez Ortega shakes his head as he describes what the Pueblo Christopher Columbus Monument represents to him and other Take the Statue Down supporters.

Going on one year, weekly protests have gathered at Christopher Columbus Piazza in an outcry to remove what Timothy McGettigan, a supporter of the statue’s removal, calls a symbol of “the worst that humanity can embody.

“[Columbus] was a thief, he was a rapist, he was a robber, he was a slaver,” McGettin said. “For him to be celebrated anywhere is a slur against human decency everywhere.”

Protesters wonder why it’s taking so long for the city to respond to demands to remove the sandstone bust from its pillar in the heart of downtown. Across the nation, human rights and racial justice protests led to an epiphany about our country’s historical misrepresentations, leading to calls for more accurate and truthful awareness of the country’s history. In the past year, over 35 statues of Columbus have been removed from American cities. Some were toppled forcibly during civil rights protests in support of justice in the murder of George Floyd. Other monuments were removed publicly, privately, or in conjunction with local municipalities and institutions after community input.

Take the Statue Down Supporters Call for Removal of Monument

Pueblo’s statue is one of two remaining public Columbus commemorations in Colorado. The other, in Durango, resides in Greenmount Cemetery. In June 2020, following Floyd’s death, a 15-foot downtown Denver statue commemorating Columbus was toppled by citizens.

In December, the City of Denver unanimously voted to officially rename Columbus Park to La Raza Park in honor of the Chicano movement and in recognition of human rights.

“Even at the state level, they passed legislation to get rid of Columbus Day,” said Ara Cruz, a proponent of removing the Pueblo statue. In March 2020, a bill was signed by Governor Jared Polis to replace the holiday with Cabrini Day to honor Italian American Roman Catholic nun Frances Xavier Cabrini, known as the patron saint of immigrants. “And so at this point, you’re behind everybody else. Just take it down. It’s not that hard.”

Cruz continued: “It’s about time that Pueblo joins the rest of the modern world.”

For many taking to the streets, the cause is personal.

“I’m a Chicano, I’m a Native, I’m an indigenous person. So this affects me directly,” said Cruz. “Columbus is an individual that affects a lot of different communities in terms of the genocide that he started here on this continent, and the slave trade that he initiated.”

To Cruz, Columbus’ prominently portrayed likeness is a direct reminder of hundreds of years of colonization, exploitation, and mass murder of ancestors and relatives.

Located between Broadway and Colorado on East Abriendo Avenue, across from the Rawlings Library, the monument — a National Register of Historic Places listing — marks the first statue of Columbus west of the Mississippi River. It was created with support from the Sons of Italy in 1905.

Opposition to the statue is decades old, according to local activists. Since weekly protests began, local business owners have begged for resolution. A mediator was hired to facilitate conversations between citizens and the city. Counter-protests have arisen to sustain the statue’s presence. In July 2020, after just six weeks of protesting, the city estimated it had spent $65,000 on after-hours security and other measures to protect the statue.

For many, the situation has come to represent the standoff between the powers that be, and the autonomy of individuals and underrepresented communities to tell their own history.

Supporters of the statue have said it is an homage to uplift Italian American immigrants who were the targets of discrimination.

Cruz said he can empathize with the sentiment, to a certain extent.

“I mean, I get it,” he said. “For Italian Americans who embraced Columbus, it was like, ‘That’s us,’ communicating a sense of accomplishment and representation. So I get it at that level. But you don’t idolize a rapist and a murderer, regardless if he’s from your culture. Find other people, other heroes to represent the pride that you have in yourself. You can celebrate your culture and where you come from, but not at the expense of other people. Let’s figure out another way to honor Italian American contributions to this country.”

In Memory of Rita Martinez

“I’m here to support the cause to take this statue down, get it out of Pueblo,” said Take the Statue Down supporter Cathy Cortez. Cortez carries a sign that reads, Columbus was the first illegal immigrant.

“Put it in a museum, put it somewhere other than here, in this main street,” she pleaded. “I wish the books would tell the true story about Mr. Columbus.”

“We learned Columbus like everybody else did in school,” said Martinez Ortega. “‘1492, sailed the ocean blue,’ he said, referencing a popular rhyme taught in grade schools across the country. “But my family always taught us how to do our own research on Columbus.”

Martinez Ortega, born and raised in Pueblo, said the statue has stood just a half mile from his home his entire life.

His words are part of a legacy of education and action. In 1992, on the 500th anniversary of Columbus’ landing in the Caribbean — marking the introduction of the slave trade in North America — Martinez Ortega’s mother, the late Rita Martinez, and others began a consistent public movement to remove the Columbus statue.

“So I grew up protesting this every year on Columbus Day,” Martinez Ortega said.

Rita Martinez, an activist in the Pueblo community for more than four decades, passed in December from COVID-19 at the age of 65. In addition to leading the fight to remove the Columbus statue, Martinez led annual efforts to organize the community’s celebration of Cinco de Mayo, as well as the Four Directions March. She also advanced the statewide initiative to abolish Columbus Day, a change she witnessed in her lifetime.

“Rita never imagined she would see that in her lifetime,” said Theresa Trujillo, friend and community organizer, including with El Movimiento Sigue, a civil rights organization founded by Martinez. “And I think that’s a direct result of continuing to do the work, and understand those fractures, and understand the need to heal those — and the need to take action and show up as a means of healing some of those fractures.”

“Rita taught us,” Trujillo said. “And she herself worked to make sure she was improving situations for folks in the future.”

“All these people right here, this is who Rita was,” said Cortez, motioning across the protest. “Everybody that came out today — this is Rita. She was beautiful, beautiful. We all miss her.”

“Rita Martinez gave her all so that she could peacefully, constructively, bring about a change that would work for the entire community. Rita was able to score many important victories in her life,” said McGettigan.

Following the state of Colorado’s official abolishment of Columbus Day, the atmosphere of the protest has “felt different,” Martinez Ortega said.

“So there is no more Columbus Day — now, there’s just a Columbus Statue,” he said. “And we’re here until it comes down.”

“We’re still here, because the statue is still here,” said Denise Torrez, community organizer, over a megaphone to the crowd at Sunday’s demonstration. “We have to continue to educate our community. This is not a forgotten issue because Rita is no longer here.”

She led the group in a chant in honor of Rita: "¡El pueblo unido, jamás será vencido!" In English, “The people united, will never be defeated!”

In a community gathering that included food and supplies dispersing, dozens of Take the Statue Down supporters with signs marched around the block, demanding for the bust to come down.

For Cruz, the protest is an opportunity for conversation, and to pause, reflect, and analyze the nation’s history.

“When I was teaching, I almost got fired for teaching about Columbus,” Cruz said. “We ended up putting Columbus on trial. We were using historical documents — like the writings of Bartolomé de las Casas, and [Columbus’] own writings —  and presenting them to students, asking them what they think about this, and letting them make their own decisions.”

Cruz points to a well-documented reign by Columbus of human and animal brutality, torture, slavery — and the fact that Columbus was returned to Spain in chains. “Obviously, he wasn’t a good dude. People at the time even understood he was a horrible person.”

In 2004, Cruz participated in Denver’s Four Directions All Nations March and was arrested alongside over 250 others protesting Columbus Day and what Cruz calls “a legacy of murder and slavery.”

“Ever since I learned about the history of Columbus, I wanted to be able to take a stand, and make sure that people know it, and educate people about the reasons why statues like this shouldn’t exist,” said Cruz. “I think it’s important for us to speak up and push the conversation so we are able to progress as a society. I think it’s super important for truth and reconciliation in regards to Native peoples, peoples of Mexican descent, African Americans, and other groups.” 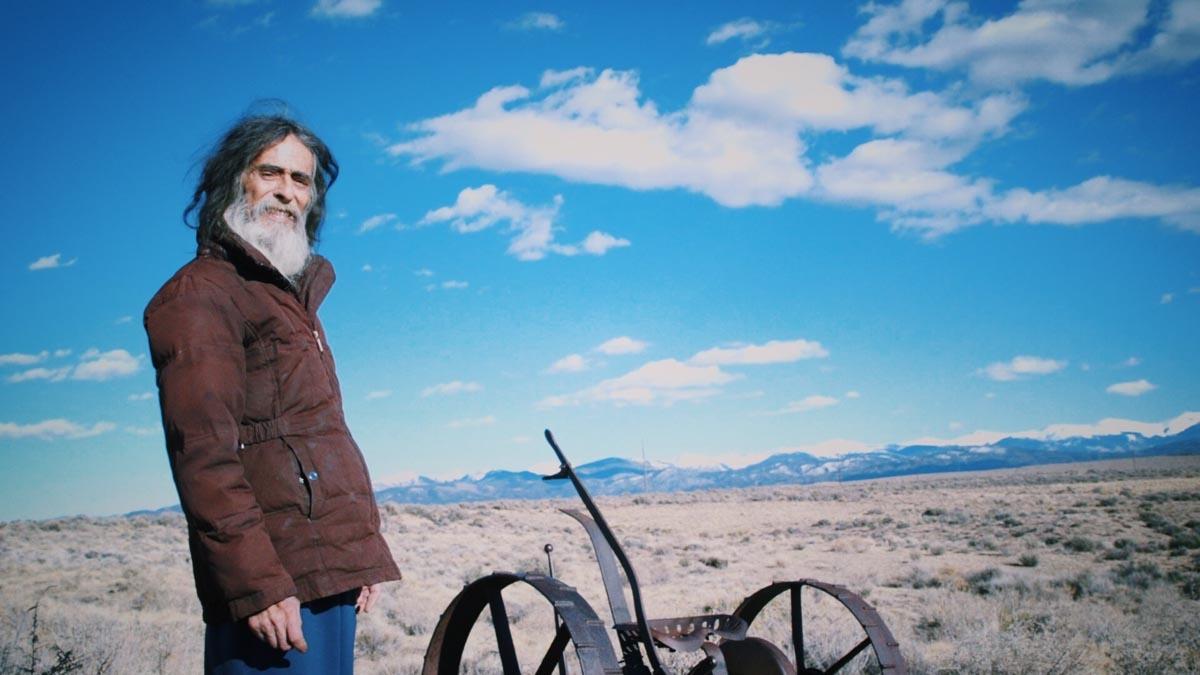 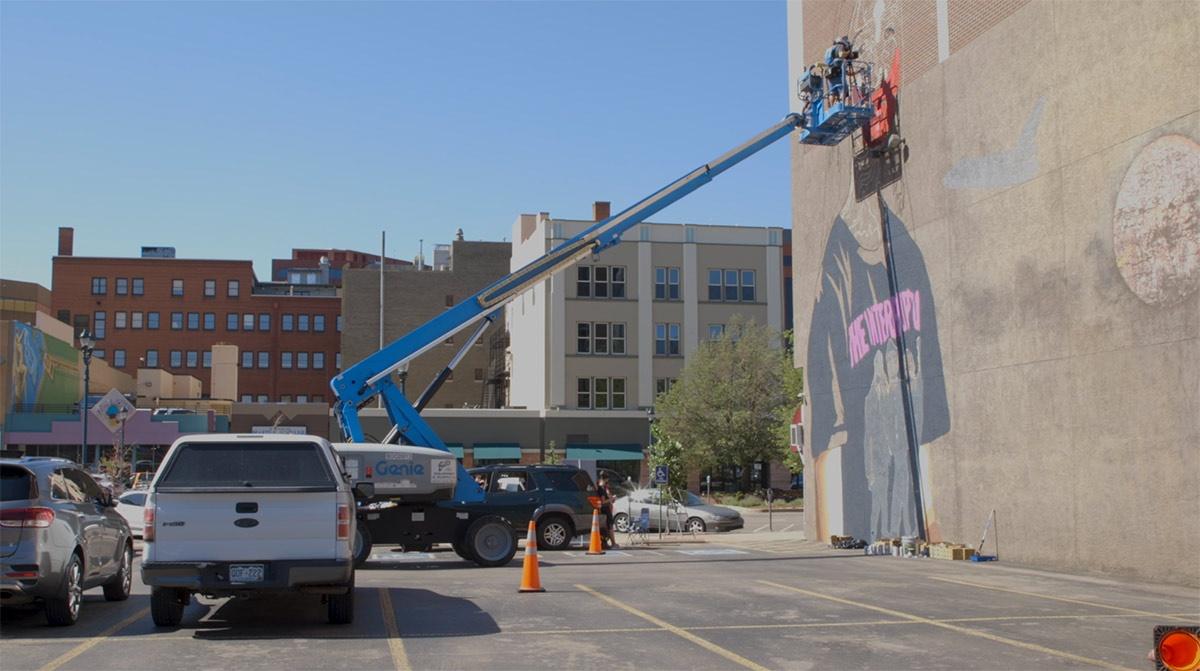 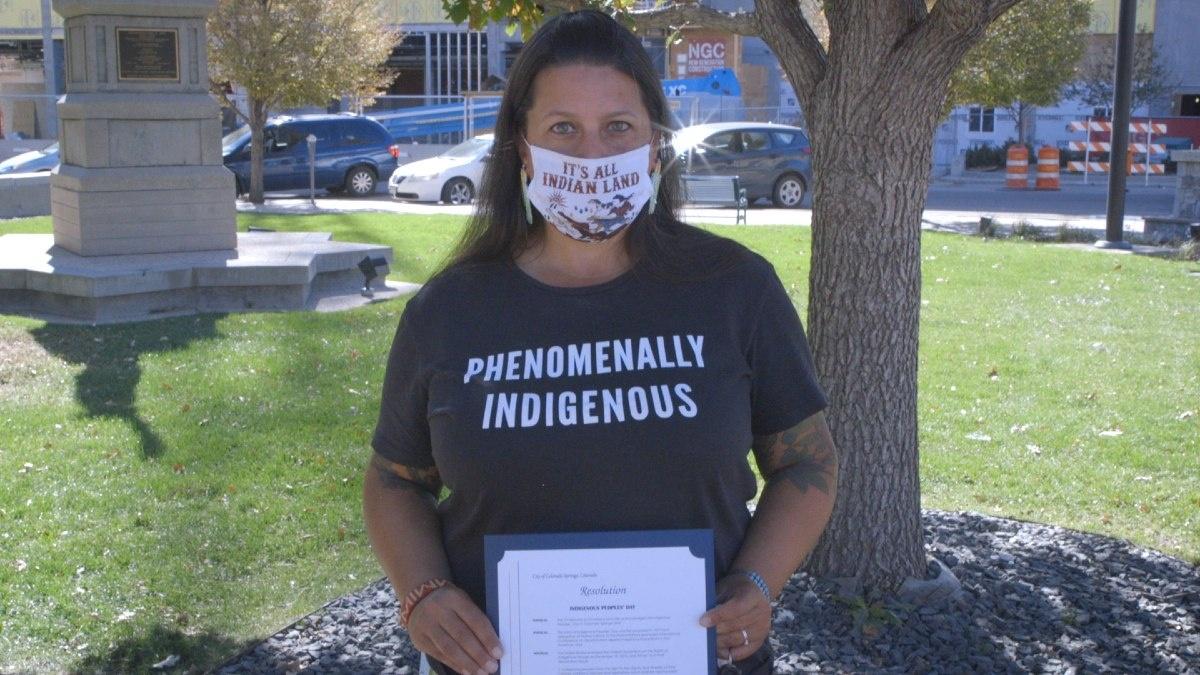