Suncor's temporary shutdown brings sense of relief for some nearby residents

COMMERCE CITY, Colo. — Lucy Molina’s home is a busy one. Two dogs, two teenage children, and visiting family buzz in and out throughout the day. An ambience of laughter and dog barks resonates around her cozy, well-lit home. Plants line her living room.

“She does that on purpose,” Molina’s nephew Elijah said, referencing the abundance of greenery, “because the plants help us breathe better.”

Filling her home with plants is far from the only thing Molina is doing to help protect the health of her family.

After experiencing generations of health issues ranging from migraines to Leukemia with little explanation, Molina thought their family was cursed.

“I see my aunt, my mom — they're fighting cancer, breast cancer, right now.” Molina explained. “You think, ‘This is just me.' What if it's some kind of voodoo, some kind of ... evil eye?"

"You never sit there and think, 'Maybe it's your deadly neighbor here,'" she said. "That it’s what you're breathing, what you're drinking.”

The "deadly neighbor" Molina references is the oil refinery in Commerce City built nearly a century ago, in 1931.

Currently owned and operated by Calgary-based Suncor Energy, the plant is temporarily shut down. On Christmas Eve,  fire broke out at the refinery, caused by a chemical reaction upon the release of vapors. Two employees were sent to the hospital for burns.

According to Suncor representatives, "Due to the extreme and record-setting weather impacting much of the United States, including Denver, Colorado, that Suncor’s Commerce City refinery experienced equipment damage in the days leading up to December 24th, 2022."

Suncor says that according to their "safety above all else" value, they decided to shut down the facility and put it on "safe mode" (reduced feedstock,de-pressurized equipment), while inspecting and repairing damage. They say they're on track to be back in full operation by sometime in March.

Suncor also shared that during this time, flaring will need to continue as equipment is prepped for maintenance, and that said flares remain within emission limits.

They have also assured  that they have and continue to monitor air quality in the community while the flares occur.

While many Coloradans are concerned about an increase in gas prices due to the temporary closure — the refinery produces between 35% and 40% of the fuel that Colorado motorists use — some residents in the area surrounding Suncor find the temporary shutdown brings a sense of relief.

“It’s a big deal because at least someone like me dealing with the health impacts and the people dying all around me, it is like, wow, this could be like the three months of the beginning of the future?” Molina mused.

December’s fire was not the first nor the worst incident at the refinery. Established in 1931, the refinery buildings have undergone a few different transitions in ownership before being acquired by Suncor.

In 1978 the refinery, then known as the Continental Oil Refinery, exploded, killing three people and injuring 11 others. Nearby residents had much more to worry about than the usual emission of pollution, as the explosion damaged more than 40 businesses and homes. Molina recalls doors and windows on her block being blown in.

The owner at the time, Conoco, was charged with 14 different safety violations. The plant was so damaged that the cause of the explosion was never determined.

Suncor, a Canadian company, purchased the refineries from ConocoPhillips in the early 2000’s; the first for $100 million in 2003, and the second for $30 million in 2005. The refineries produce about 30,000 barrels of crude oil per day, leaving Suncor with about a 35% share of Denver’s gasoline market.

“It is owned by a Canadian company... And that funding doesn't stay here, first of all. Not only has it been here for decades, but think about  decades of polluting this community with self regulation.” Molina said.

When her grandmother lost her battle with Leukemia in 2018, Molina began to double down on her research on what was causing so many health issues for her family — health issues that remained prevalent even after significant lifestyle changes.

Through her work in environmental activism, she had the opportunity at the Colorado State Capitol to hear top scientists discuss the causes of the climate crisis. There, Molina learned that the toxins emitted from places like the refinery have been proven to cause various health issues, including Leukemia.

“It was like a big old light. Like, wait a minute, we've been here forever and nobody's told us. Nobody ever came to tell us to say, 'Hey, do you know what you're smelling?' Nobody came to warn us to not make an investment,” she said.

Molina decided to shift her energy toward surveying and empowering her neighbors.

“You could read whatever you want on the internet and it might not be true, but talking to the people, the people that lived it and went through it and are going through it right now, that is how you get like the firsthand stories and sufferings and the burdens this community has taken upon the last, what, 30 to 50 years now?” she said.

And while it is unknown if the oil refinery is solely to blame for some of the poor health Molina's family and neighbors have experienced, state data show that people near the refinery are at a higher risk of exposure to cancer-causing toxic air chemicals like benzene and formaldehyde. The data also show that neighborhoods close to the Suncor facility are in some of the highest percentiles when it comes to asthma hospitalizations.

There is also the pollution of cars to consider, as Molina and her neighbors live close to the convergence of I-25 and I-70. However, recent estimates found oil and gas play a larger role in air pollution than vehicle traffic.

Suncor has not yet responded to questions regards to the long-term health impacts of people living near the refinery, nor their contributions (if any) to help offset the impact on low-income, marginalized communities.

Molina went door to door asking if the families around her were having the same experiences. To her distress, they were.

“When I came home I cried, I really cried. I cried because I saw that my neighbors were impacted worse than me sometimes," she recalled, tearfully. "Some of them were fighting heart disease. I have a 30-year-old neighbor that was fighting brain cancer."

Molina also met people with stomach cancer and a mother with a 10-year-old son who had developed chronic nosebleeds within two years of moving to the neighborhood.

Stories about similar health problems from her neighbors, along with her research in climate justice, fueled Molina to encourage her community to speak up, which came in handy when Suncor requested permission to exude additional emissions in a Title V permit renewal for Plant 2.

A Title V permit is an element of the Clean Air Act. It requires all applicable entities to record and report on all Clean Air Act requirements and prove compliance. Renewal of the permit would allow additional modes of operation to occur.

This request came despite the fact that in 2020 Suncor was charged a record-breaking $9 million dollars in penalties for air emission violations. According to Public Employees for Environmental Responsibility, Suncor also had 108 malfunctions in five years, and over 500 pollution spikes that exceeded legal limits.

In March of 2022 the EPA objected to Suncor’s request for a Title V renewal, citing various flares and violations. In June of 2022, a new proposal was submitted by the Colorado Department of Public Health and Environment, and by August of 2022 the Title V permit was approved.

Some may wonder what keeps families like Molina’s in the area. For her, it’s a mixture of community, loyalty, and hope.

Many families like hers have lived in the area for generations. The legacy of Molina's culture, her family and community drives her to keep fighting so they can remain connected.

“We're Mexicanos, Raza, we try to stick together,” she said, “Why would we have to rip our families apart?”

Despite the discouragement they have faced, Molina’s family tries hard to hold on to hope and a vision for what could be.

“I would like to see it [Suncor] shut down. I believe it should be declared a Superfund site as soon as possible,” Molina continued, “before foreign business owners take off on us, because that's usually what happens. And this is, again, environmental injustice, environmental racism, when we allow ... foreign companies to come and pollute in some of the most historically marginalized communities like Commerce City.”

As for those who are afraid of the financial impacts of higher gas prices?

“Don't let them scare you,” Molina said, “That's the fear tactics that have been there for decades and generations by corporations and businesses and their governments. Don't be scared. What we need to do is have hope and we need to start reimagining the future.”

[This article has been updated to include a response from officials with Suncor.]

Elle Naef is a digital media producer at Rocky Mountain PBS. You can reach her at ellenaef@rmpbs.org.

Jeremy Moore is the senior multimedia journalist at Rocky Mountain PBS. You can reach him at jeremymoore@rmpbs.org. 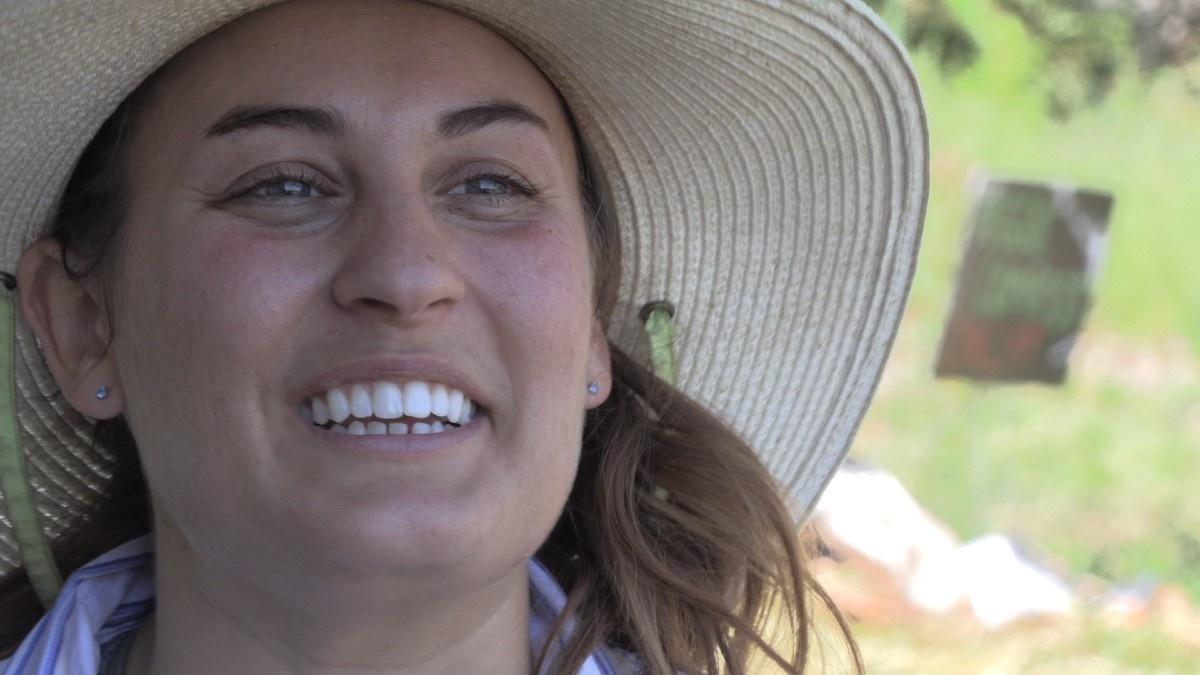 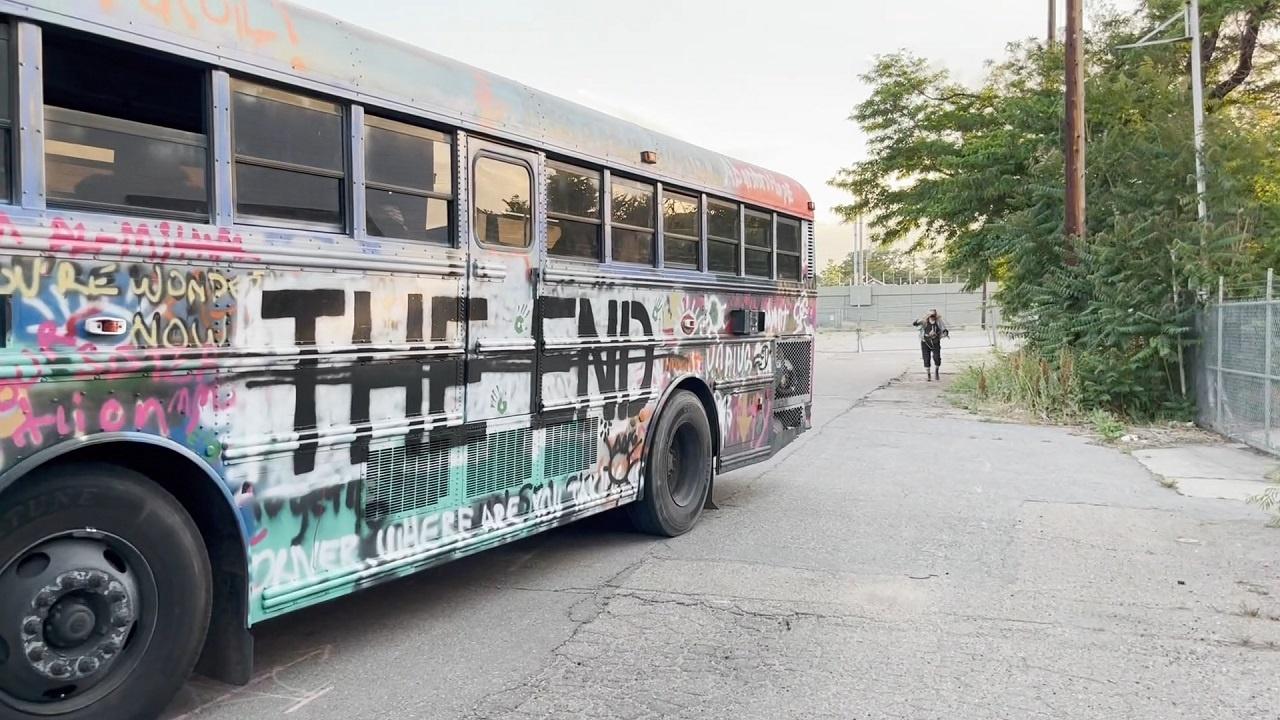