Step inside the playful world of artist Moe Gram

“When people look at my work, they are greeted with a lot of bright color and crazy weirdness, things are flying everywhere,” the 30-year-old says. “But the idea is the more you dive into the work, you're greeted in this very happy way but then you’re also confronted with a very serious topic or a conversation that might be a little uncomfortable.”

These serious topics might span empathy, identity, and human connection with the hope of sparking self-reflection or open dialogue.

Artist Moe Gram encourages viewers to embrace being "a mess"

Through collages, Moe Gram likes to use bright colors and other items in her artwork.

And even if those conversations are hard, Gram’s work is arguably easy to engage with. With a background in interdisciplinary arts, Gram utilizes bright, vivid colors, movement, and textures in her work which spans murals, installations, and collages.

“I think my heart and soul is in large-scale collage,” Gram says.

Gram, who grew up in Bakersfield, California, moved to Denver after studying visual arts and cultural studies at California State University, Bakersfield. As a child, she enjoyed messing around with various materials and creating collages, covering the walls of her walk-in closet with all of her drawings, designs, and little knick-knacks.

“From the floor to the ceiling, I would climb up on the little bars in my closet and keep taping things to my walls, and I think that was my first large-scale collage,” Gram says.

Now, her east Denver studio space serves as a place for Gram to plan, paint, and piece together random materials she finds for collage—disregarded objects like rubber gloves, sanitary napkins, shoes, and other materials she collects throughout Denver.

“You’ll see a lot of strange materials being put together by me and then painted and bedazzled,” Gram says. “It could be anything from somebody’s cat tree that they are throwing away, it could also be scraps of paper, it could be a sticky note that someone left on my car, things found in different, strange places.”

Turning someone’s trash into treasure is not just a skill for Gram, but a strategy to showcase the depth, juxtaposition, and unique texture of her craft. Additionally, her work aims to engage with viewers and invoke themes of empathy and compassion.

This September, Gram completed a mural for the Street Wise Boulder Mural Festival, located on 17th street and Pearl Street in Boulder, that calls on observers to give others grace and explore the depth of their empathy.

“When you first walk up to the mural...you’re greeted with these words that look like words and look like letters, but they are abstracted, and it’s hard to make out what they really say. But you’re also greeted with painting that starts at the top of the building and falls all the way down, and spills out onto the floor,” Gram explains. “And I very literally create space for people. As you dive deeper into the mural, the mural is saying to make space, and in some ways, demanding or encouraging people to make space.”

“Make Space,” is part of Gram’s Every Human Empathy Campaign which strives to encourage people to give universal empathy for one another. Created after the 2016 presidential election, Gram realized that every human alive needs empathy.

“I’ve done a wide variety of installations, I’ve done workshops, I’ve done some public speaking, all with the idea that every single project, every single collaboration, every workshop is just encouraging a few more people to be just a little bit more empathetic than how they walked in,” Gram says.

Gram wants the spaces she creates to be for everyone.

“It’s a playful space, it’s a whimsical place. There’s room for all the humans. People are able to come as they are and enjoy as they wish. There’s a little sprinkle of everything. There’s things to be discovered.”

She adds: "It’s a place where you can come in one way and leave totally, hopefully, evolved and enlightened with a little extra joy...and you might have something stuck to your shoe.”

This is the second story in a series that will be featured in "Colorado Voices: Artists" airing October 28 at 7 p.m. on Rocky Mountain PBS. 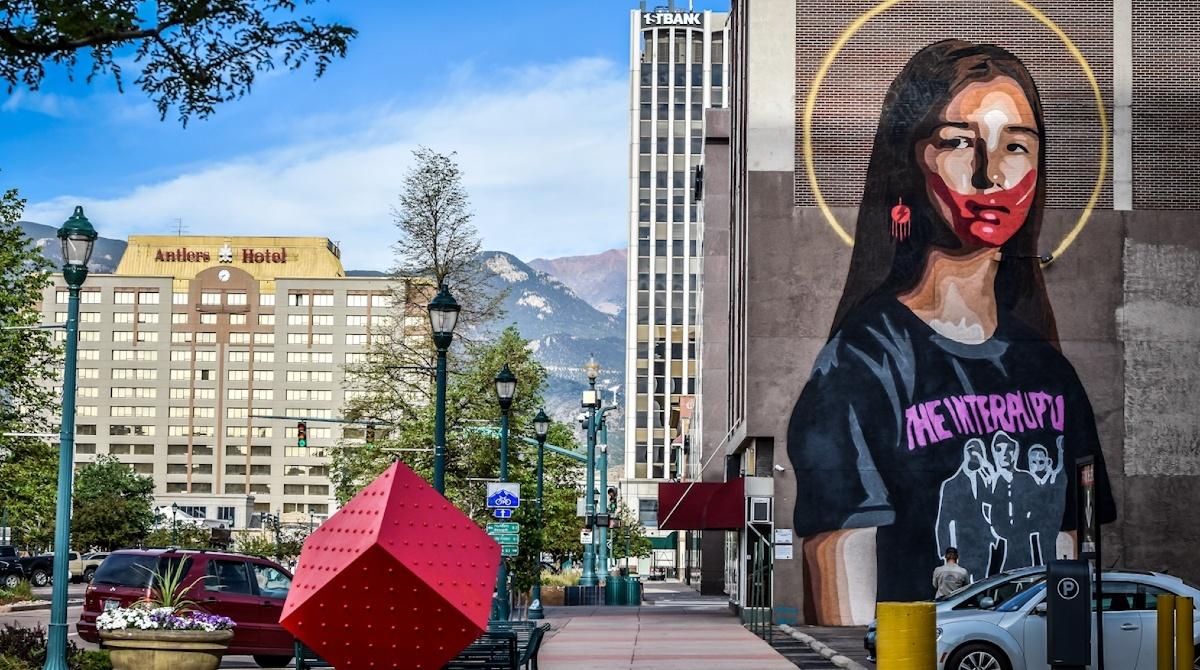