DENVER — A new ambulance is now driving around the Denver metro area, but it has no intention of picking up emergency patients.

Instead, this repurposed, retired ambulance will be taking care of people in a different way.

The ambulance has been transformed into a mobile mental health clinic run by Joy as Resistance, a nonprofit organization that focuses on LGBTQ+ youth through mental health and wellness services. Those services includes partnering with schools and other nonprofits, a mentorship program and individual and group mental health sessions. This old ambulance will now host some of those sessions.

“Transportation was just a barrier,” said Bre Donnelly, the founder of Joy as Resistance. “The first two pilots that we did were before the pandemic, and so virtual services were not as available as they are now … And so they were like, ‘We don't want to see someone online and we can't take a bus an hour each way by myself when I'm 12, like, I can't do that.' And so, like, what does that … really look like?”

At first, it looked like a school bus. It was divided into two rooms, one for each clinician with Joy as Resistance. But there were some complications and barriers with that idea, so Donnelly started looking for a smaller option.

A former ambulance serves as a mental health clinic for LGBTQ+ youth.

“I was on the auction websites for a really long time looking for something. And then in Arvada on Craigslist this ambulance popped up,” explained Donnelly. “So I was like, 'Okay, this could be interesting.' I went inside, it was in really good condition; hasn’t been driven or super worn down since it was retired as an ambulance, so I was really excited to have that.”

Through a grant from The Colorado Trust, a health equity foundation, Donnelly's organization was able to buy the retired ambulance and transform it into a mobile mental health clinic.

“So the mobile clinic was kind of an option to eliminate the barrier of transportation as much as possible,” said Donnelly. “Even if it's in your neighborhood or at your school, as opposed to in central Denver and like an office. [The mobile clinic] is a lot more accessible for our young people.”

Donnelly has seen the need for these mental health services throughout her life, from her time growing up in Colorado to working as a school social worker in Denver Public Schools.

“I was a queer youth in Colorado, so I’m from Colorado. And so mental health has been a big part of my journey,” explained Donnelly. “So I know, like, firsthand how isolating it can be to be queer in a space where you're not comfortable being out or open or even having anybody to process with or any adults [with whom] you're like, ‘Hey, you're queer, what's that about?’”

The importance of having an adult to look up to and to ask questions of is something Donnelly is addressing in a couple of different ways with her organization. Joy as Resistance also has a mentorship program called Big Queer, Little Queer. It pairs adults with kids who are looking for guidance with a program that is monitored by the organization.

As Donnelly tried to find different solutions to problems she was seeing, she worked with community partners as well as teachers and schools to fill the gaps in care.

“I know that like the school mental health professionals are super tired and burned out and being the only one for like 300 to 500 students is impossible,” said Donnelly.

The survey found 42 percent of LGBTQ+ youth seriously considered attempting suicide in the past year, including more than half of transgender and nonbinary youth. The rates also varied based on how youth identified within the group. For example, 31 percent of Native/Indigenous youth, 21 percent of Black youth, and 21 percent multiracial youth attempted suicide compared to 18 percent of Latinx, 12 percent of Asian/Pacific Islander, and 12 percent white youth. It also found more than 80 percent of those surveyed, said that COVID-19 made their living situation more stressful.

“So the pandemic happened, which made it, like, 10 times worse,” said Donnelly. “Then, people really began to see mental health as essential not only to learning, but just to living your day-to-day life, especially with the things that our young people are facing right now.”

Though this last year and a half has been especially hard, Donnelly has seen a lot of happiness and strength worth celebrating.

Part of that celebration happened Sunday, November 14 when Joy as Resistance held its official launch party for the mobile mental health clinic at Denver’s Central Park. Inside the pavilion, about 30 people packed the room to hear from Donnelly and others part of the organization. Holding back tears, Donnelly spoke about what a long time coming this launch has been.

“I really wanted to take this concept as joy and spread it in every which direction and in any way I could, personally, professionally...any space I was in to bring that joy,” Donnelly told the crowd as she explained her mission when starting Joy as Resistance. 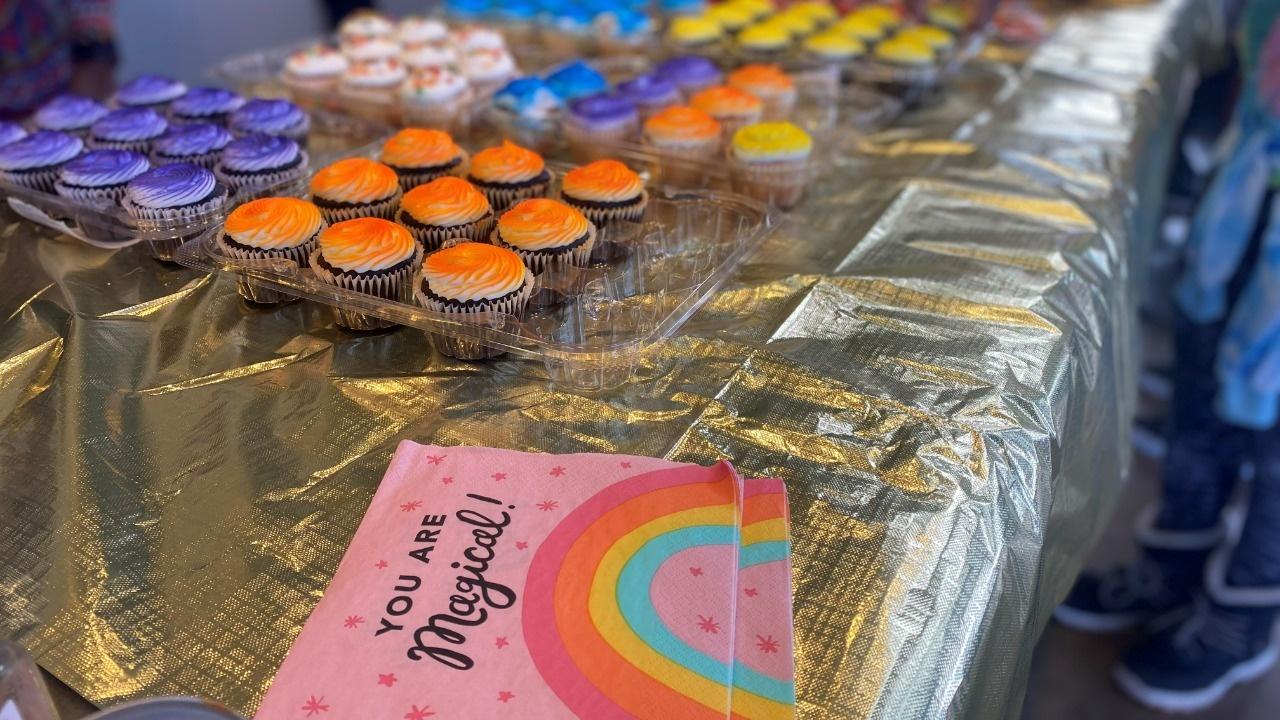 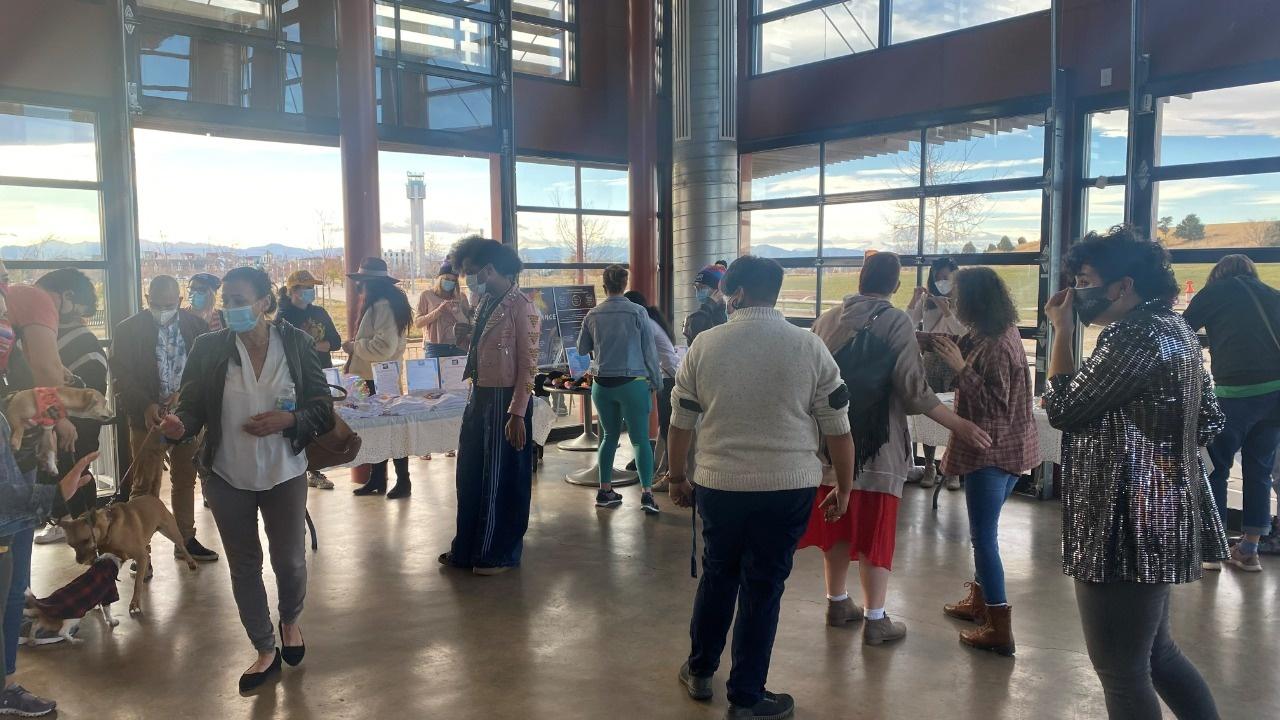 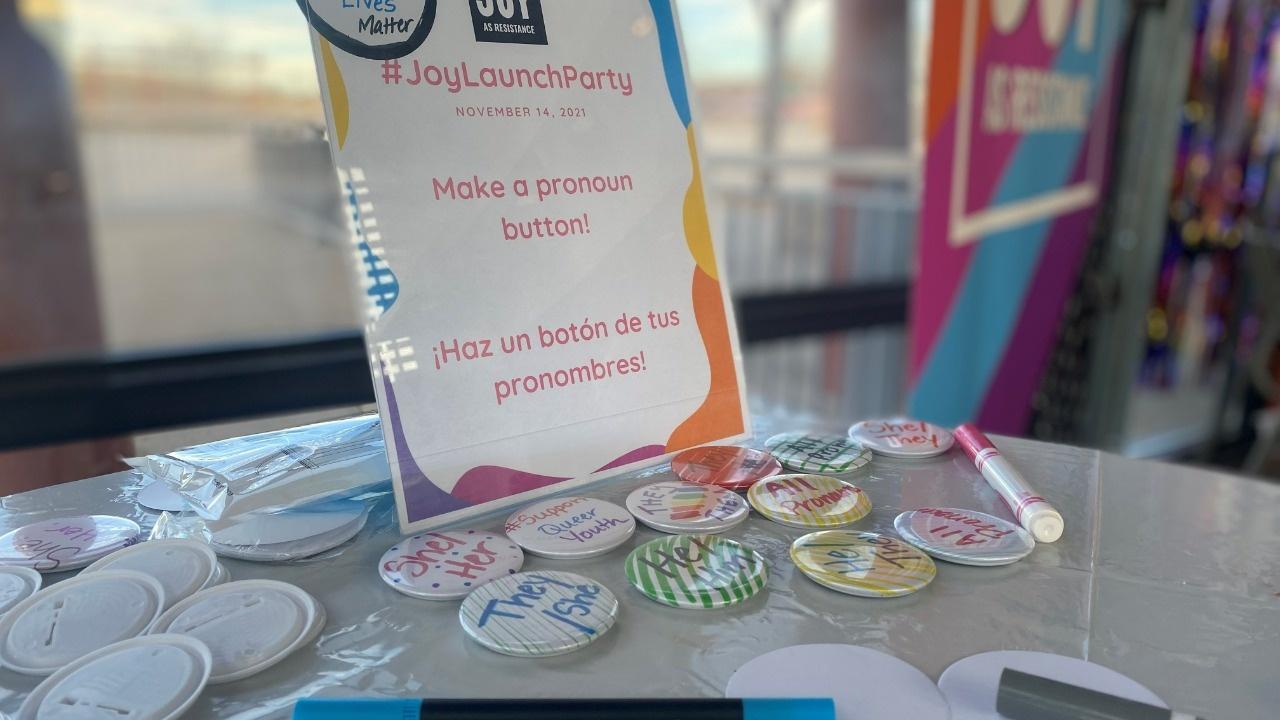 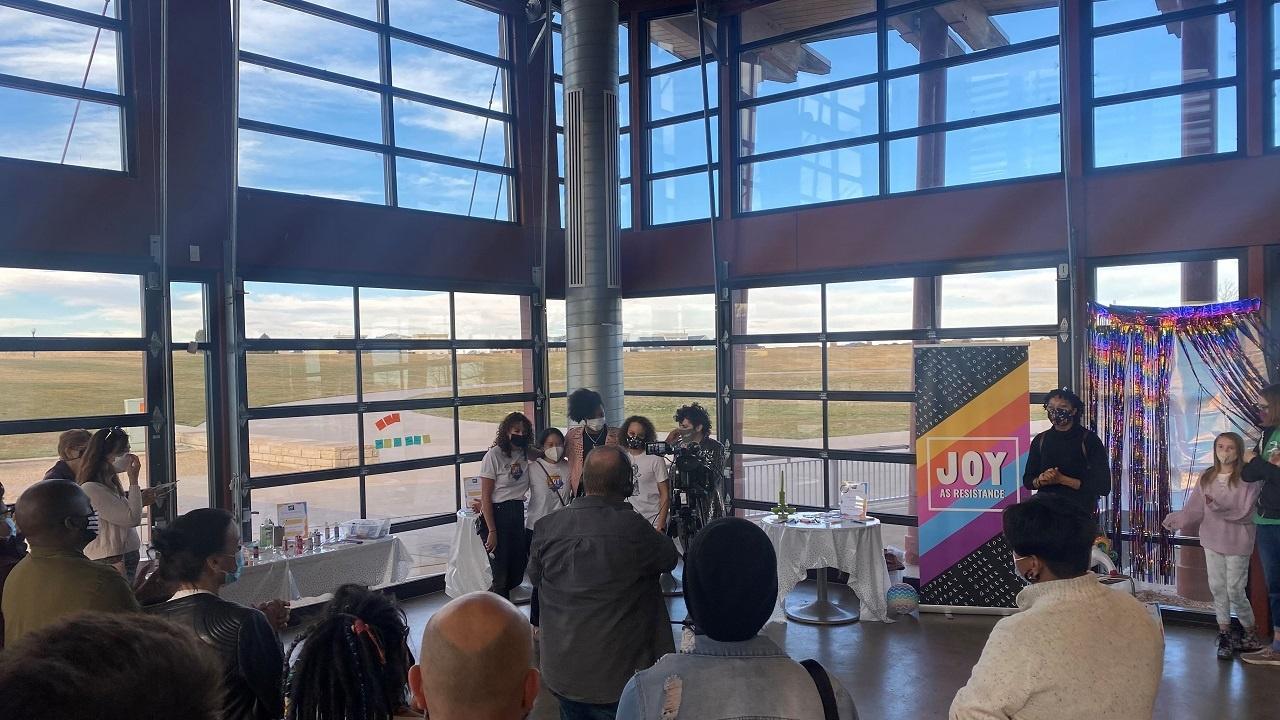 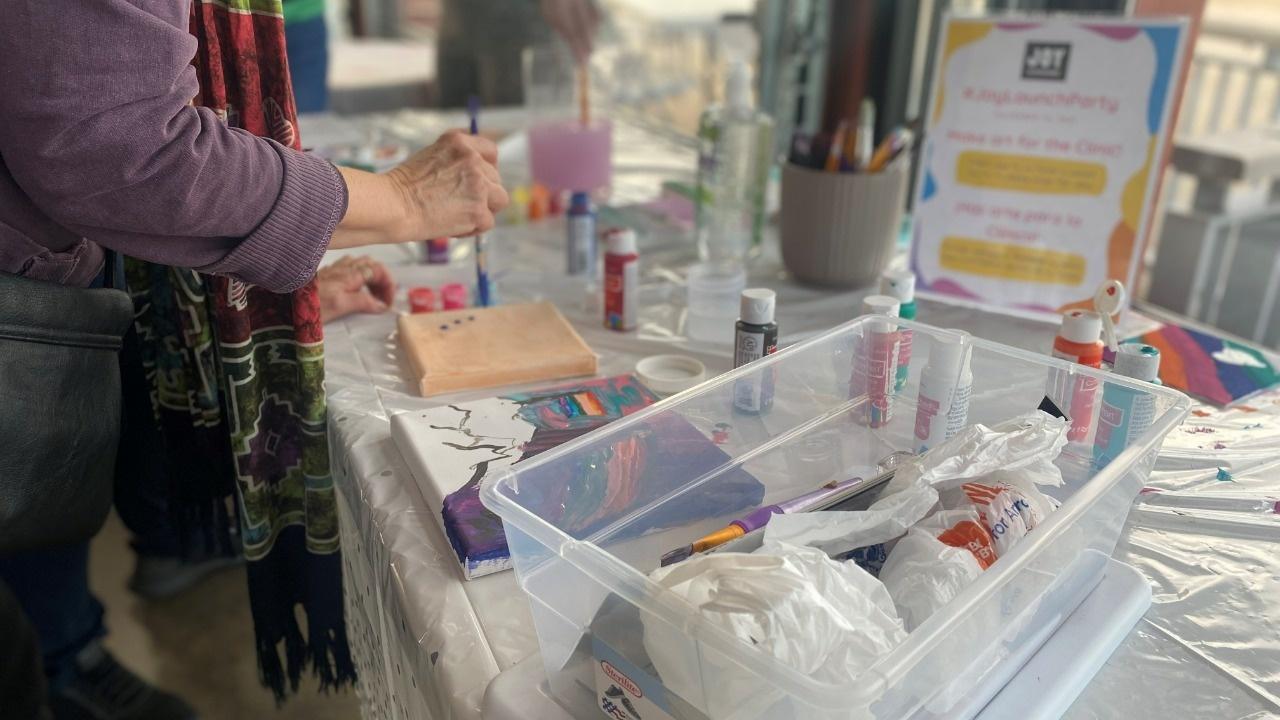 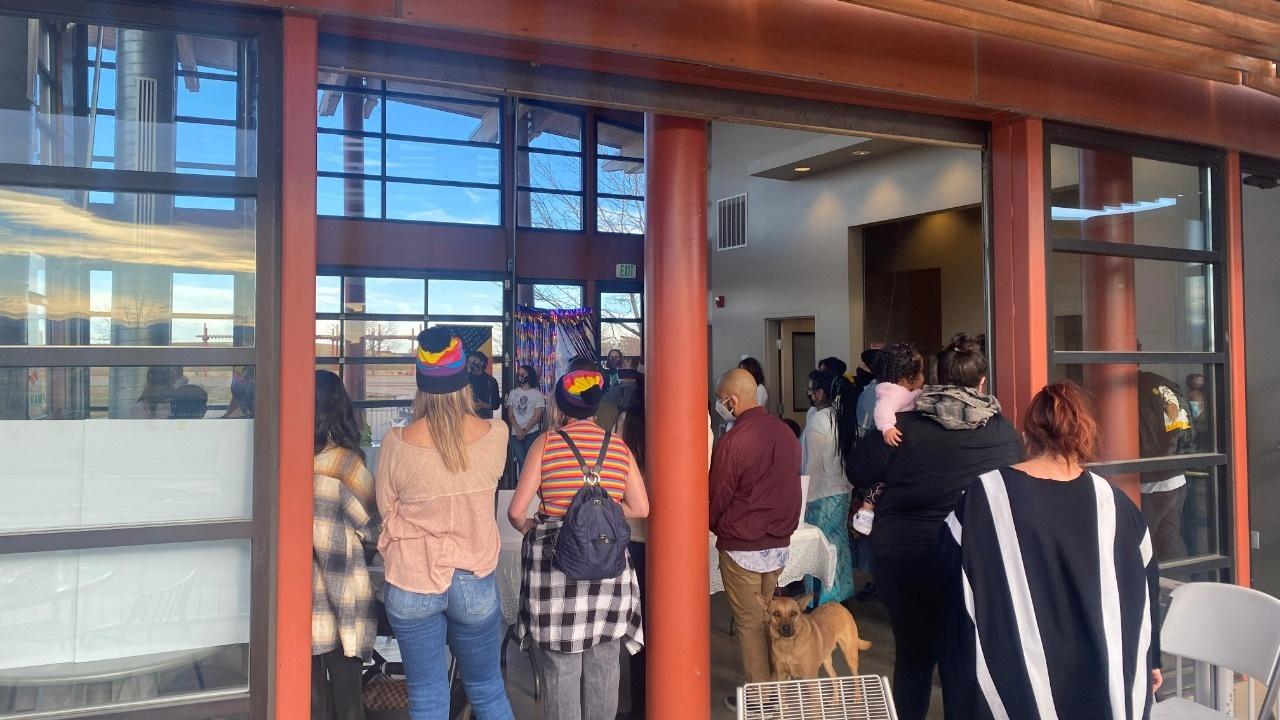 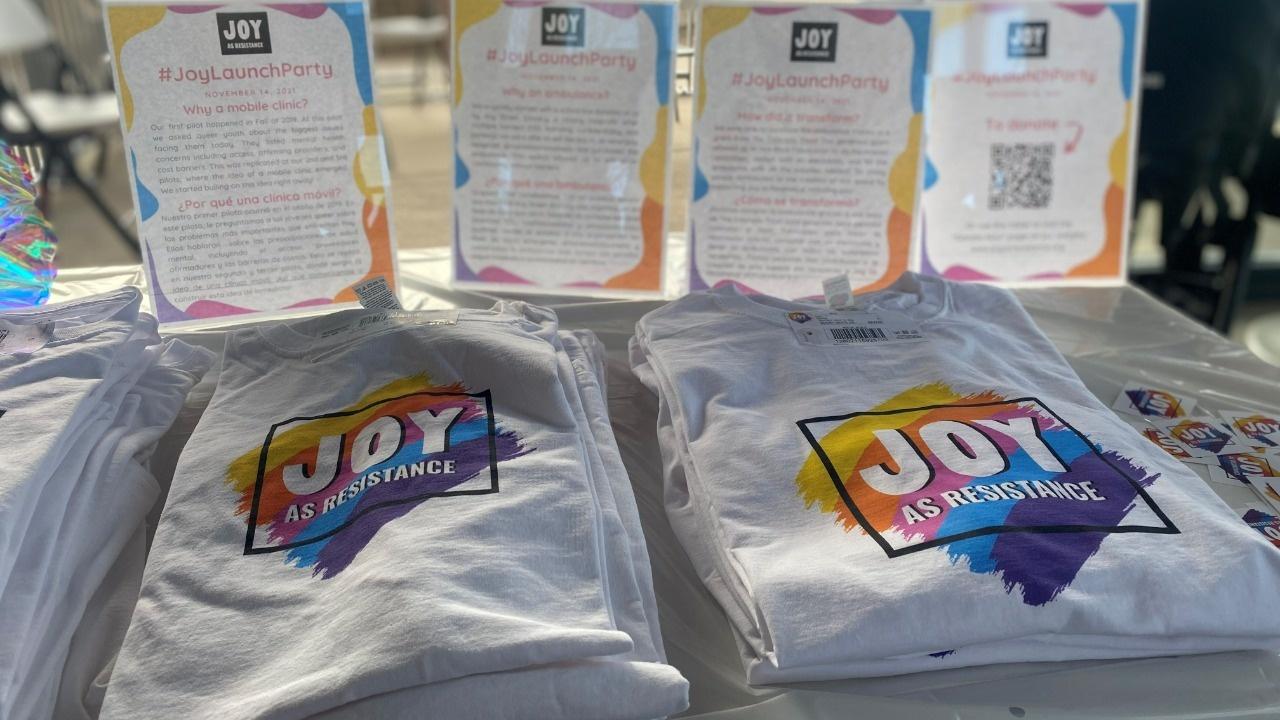 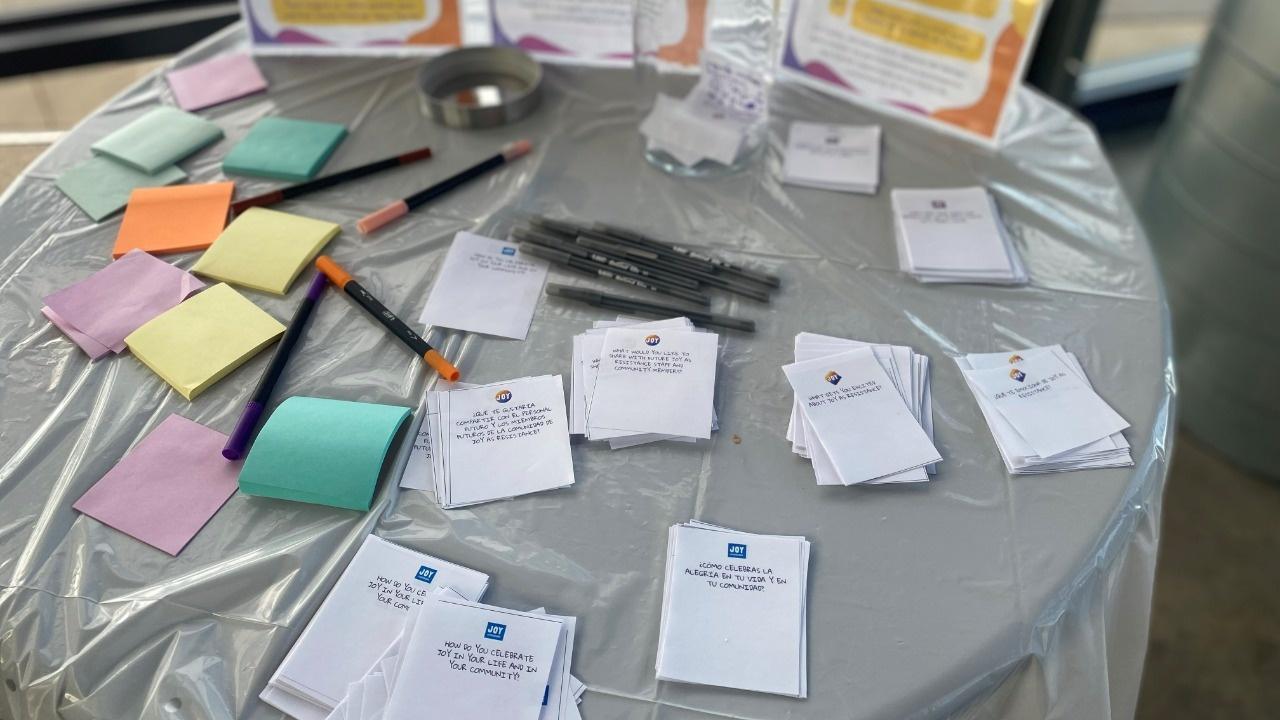 The launch party had food and places to buy Joy as Resistance swag, as well as stations to create pronoun pins, artwork for the inside of the mobile clinic and submitting name ideas for it as well. Some of the submissions included “joy ride”, “911 bring joy”, and “mobile joy.”

Just days before the launch party, the Joy as Resistance team met to decorate the inside of the ambulance and transform it from a clinic to a safe space for kids. They added pillows, blankets, artwork, and Donnelly’s favorite piece: a disco ball.

“So really recreating and reclaiming this space for coziness, for warmth, for healing was really important to me. So there are a lot of details that you'll see as we decorate it that really came together with that intention in mind and knowing that there's a lot there to unpack with ambulances,” said Donnelly.

The future isn’t set in stone for this mobile clinic. For now, Donnelly and the other clinician will use it with their current clients to meet them where they are. In the future, the clinic may park in various parts of the city on certain days or partner with schools or organizations to be nearby on particular days, whatever the community says it needs.

“So to have something like this that could just pull up—I don't need to use the space in a school. You don't need to logistically or operationally figure out all of those issues. We can just pull this up. They can come in, they can go back into school, and that's done,” said Donnelly.

Clinic sessions have a cost associated with them, and Donnelly says they work on a sliding scale with each individual to find something that works. Most importantly, Donnelly wants young people to know there is someone here to listen to them.

“I think the issues that face this community are as multifaceted as the people themselves. And so it's important to highlight each individual person's experience in that,” explained Donnelly.  “I think there's things that are stifling about the way that we approach LGBTQ youth. It can be very dismissive and minimizing. And so that's something I see a lot, especially from adults to young people of just this, like, ‘Oh, you don't know yet, it's a phase ... this is not what you're going gonna look like.’ And that creates a lot of seeds of doubt in the young people that we serve. And so one of the things that I work on the most with people is their confidence in showing up [as] who they are and being able to say, ‘No, these are my boundaries; these are my needs. And it's okay that I have these boundaries and needs. And you will also respect these boundaries and needs.’"

The newly created Queer Memory Project aims to collect and teach the community about LGBTQ+ history in northern Colorado. 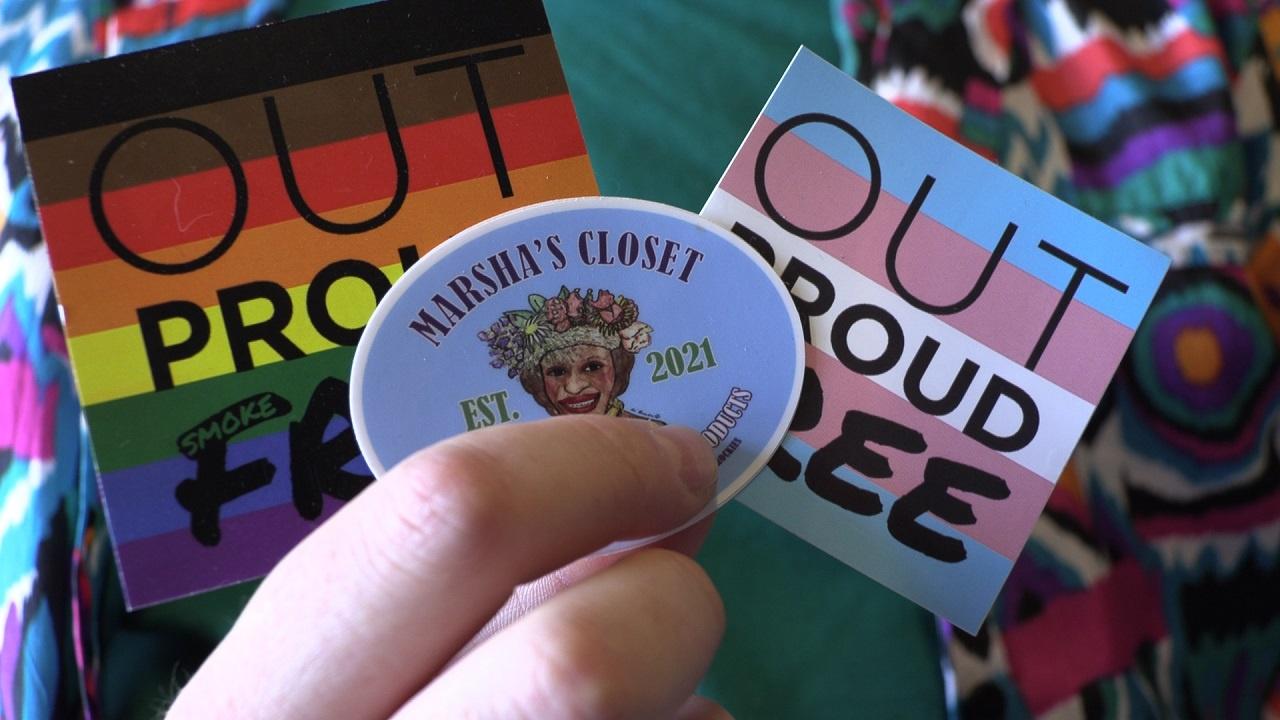