COLORADO SPRINGS, Colo. — Tourism has driven Colorado Springs’ economy since colonization — including health tourism. It is a journey that may come full-circle as a local group of investors and community advocates see their vision come to life.

Last year, a cohort spearheaded by All Pro Capital and five local families stewarded by Susan Loo Pattee purchased the former Union Printers Home in Colorado Springs for $18.5 million, kicking off renovations to the 130-year-old complex.

It is one of the last original structures that remains from this storied chapter of the city’s past.

A former tuberculosis facility is on pace to become a compelling community asset.

In the late 1800s, tuberculosis was one of the leading killers in the country and the world.

Colorado Springs' high altitude, dry climate and sunshine made the city a "health destination." The city marketed itself accordingly, and in the late 19th and early 20th centuries, upwards of 20 large-scale tuberculosis care facilities were open in Colorado Springs.

The Union Printers Home — the namesake of Union Boulevard  —  was once the world’s largest care facility for the respite of union printers who suffered from tuberculosis and “black lung” related to inhaling the industry’s carbon-based inks. It opened in 1892.

Employees who worked as part of the International Typographical Union paid no cost to live out their days in what was once a compound of hundreds of acres, with self-sustaining wheat fields, its own post office, morgue, and the largest dairy farm in the state of Colorado. Tuberculosis tents once lined the landscape.

Photos through the 130 year history of the Union Printers Home 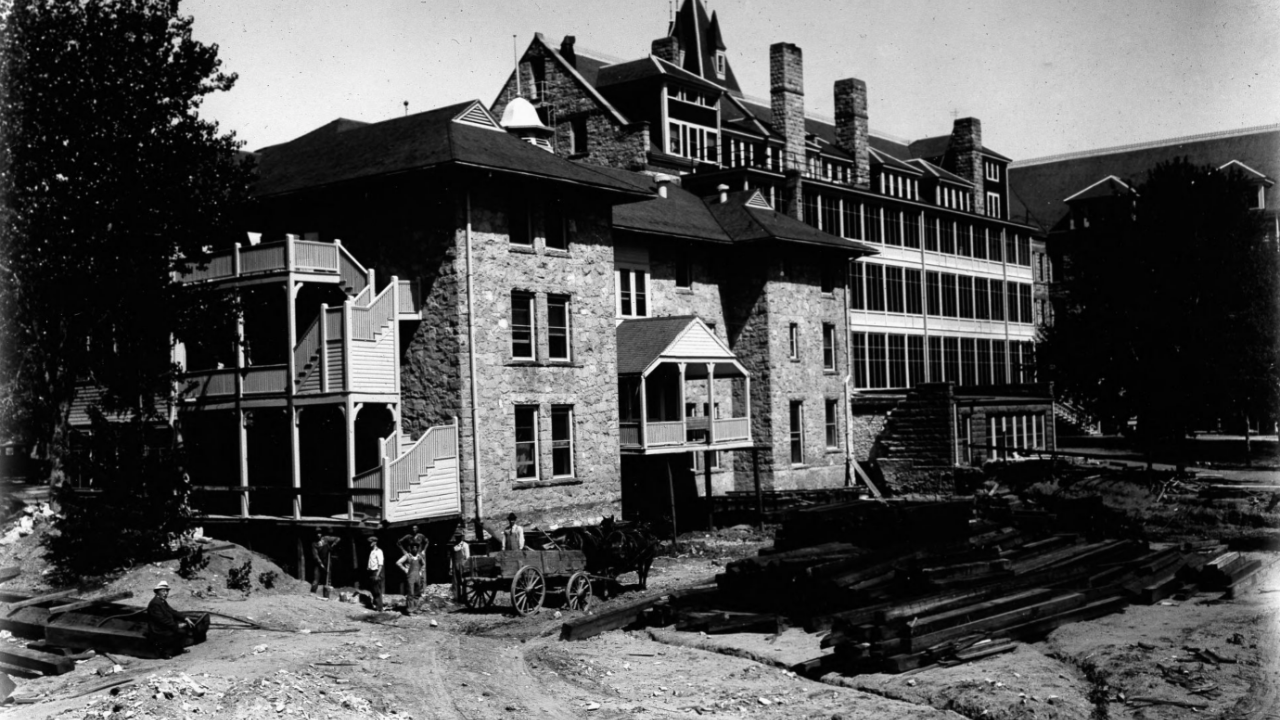 1 / 6
Share This Gallery
The Union Printers Home under construction in 1891. A horse-drawn wagon is alongside the building, with workers standing for the photo. Piles of building materials are seen on the ground. 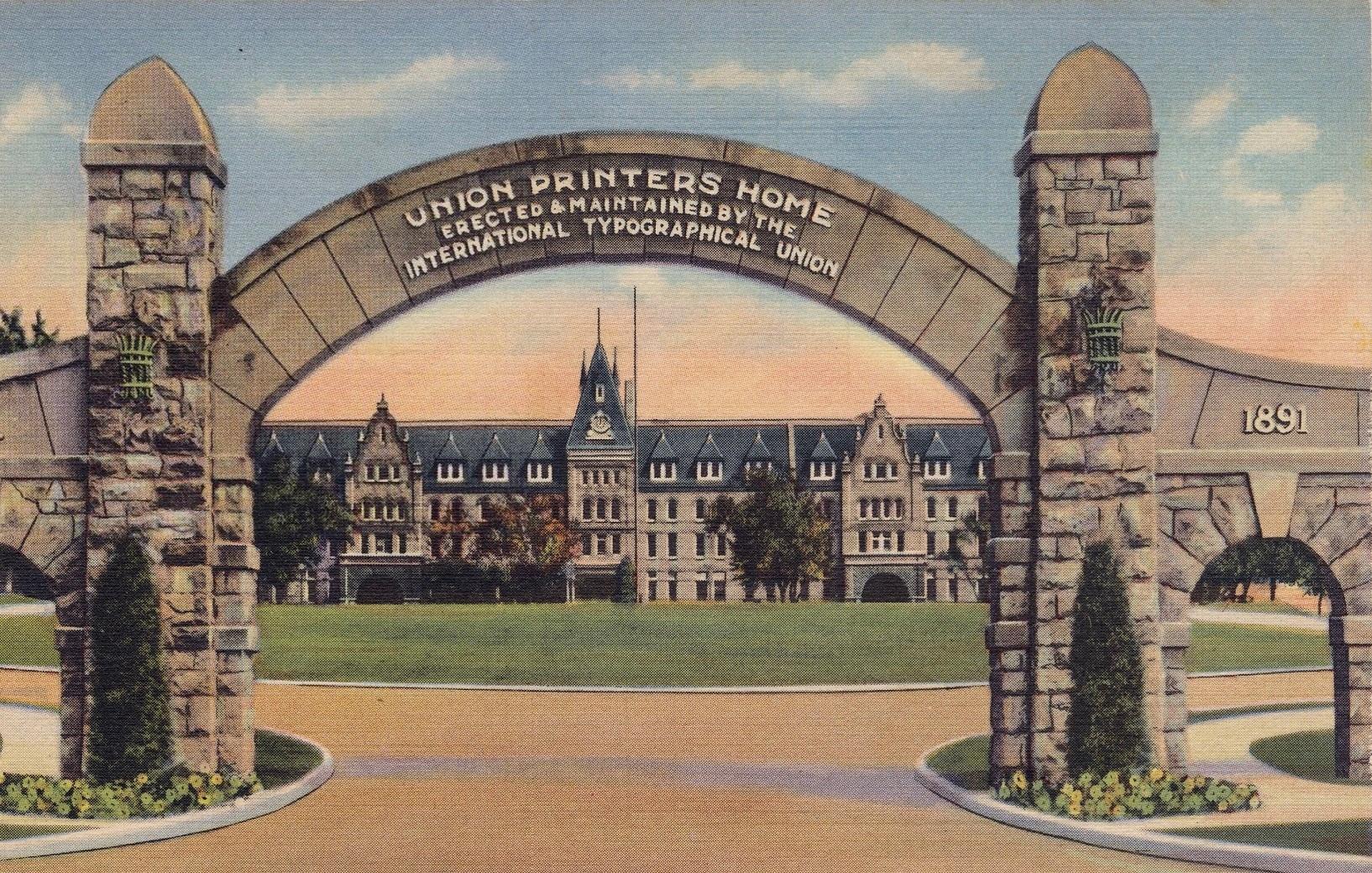 2 / 6
Share This Gallery
An undated postcard depicts the Union Printers Home, built and maintained by the International Typographical Union. 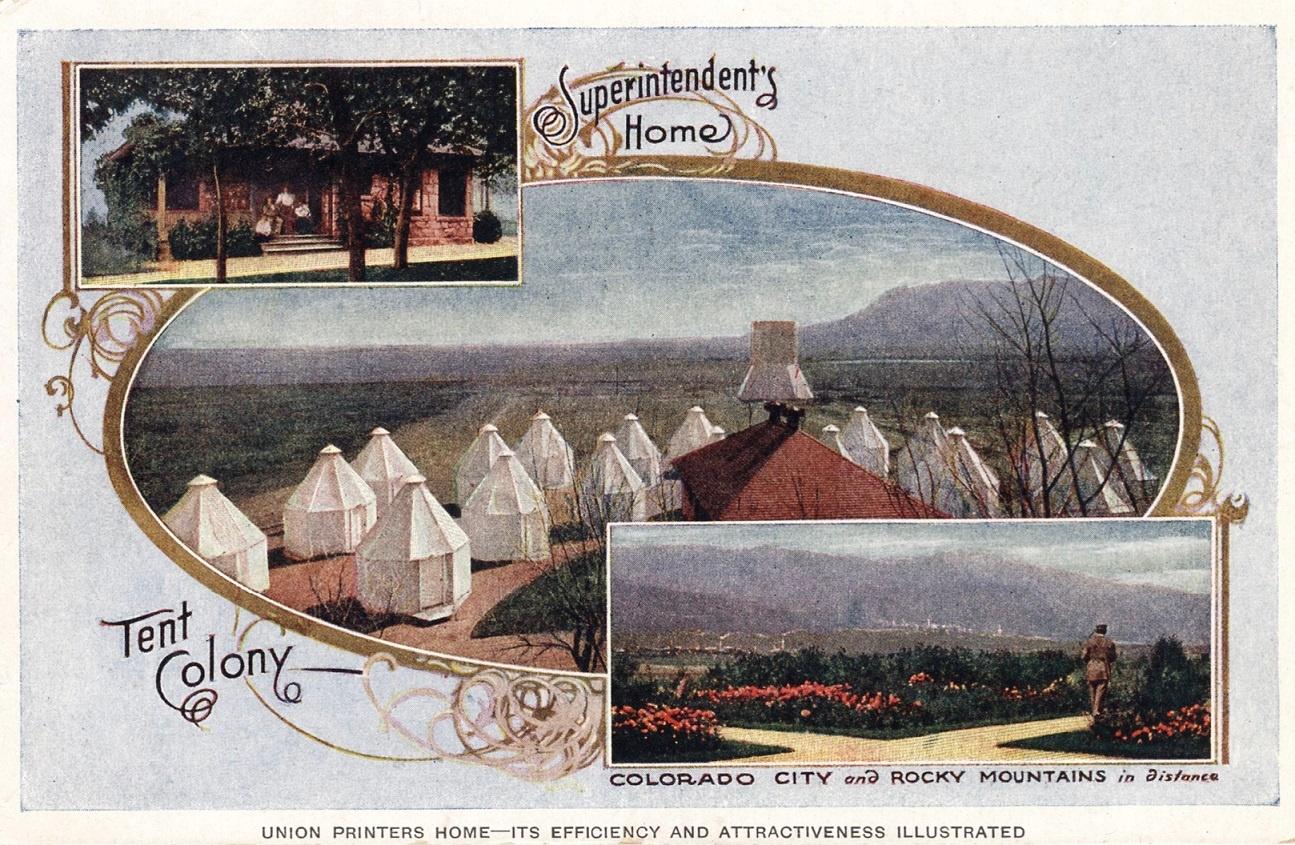 3 / 6
Share This Gallery
A 1917 postcard shows landscape views of a tent colony for the treatment of tuberculosis, and Colorado City with Pikes Peak in the background. 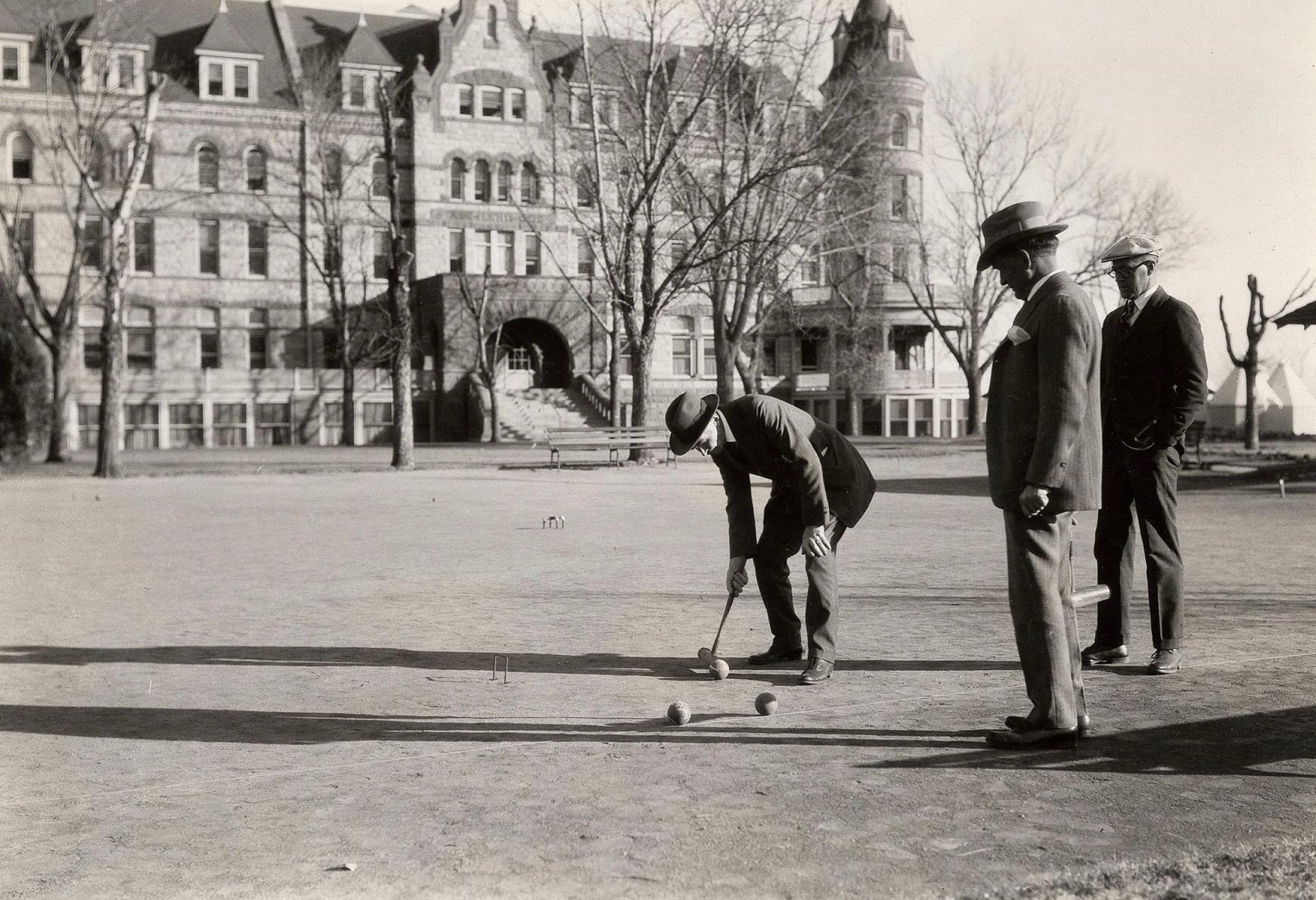 4 / 6
Share This Gallery
A 1927 game of croquet on the grounds of the Union Printers Home. 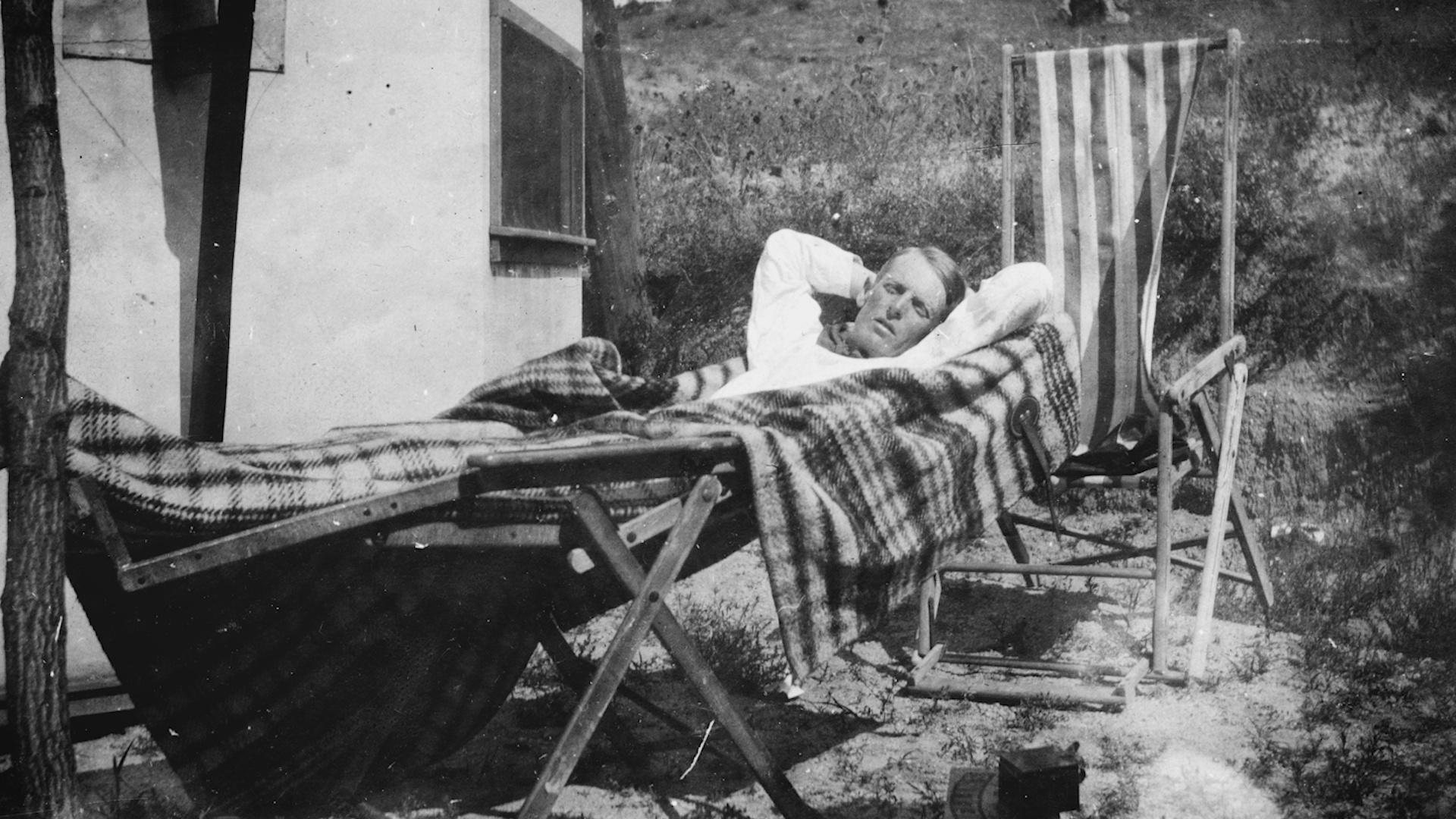 After antibiotics to combat tuberculosis were developed, the site transitioned to meet other health needs in the community. Most recently, the Union Printers Home was a long-term care facility that eventually shut down amid sub-par standards in early 2020.

Following its closure, local historians, history buffs, and concerned citizens — some with a personal or familial connection to the facility — feared an impending sale and demise of the prominent structures. A collective sigh of relief came when the facility was purchased by local stewards.

Today, the 26-acre, 200,000-square-foot complex once famous for the care of over 25,000 tuberculosis patients is being renovated into a community-centered hub, with grounds that will be open to the public, explained the group committed to its preservation.

The buildings, despite their age, are in relatively good shape and will remain, said Darin Zaruba, the group’s ad-hoc documentarian.

Yet in regard to the tremendous volume of history left behind, “we had no idea what we were in for,” he said.

“As we’ve been unearthing everything, we have found just an enormous volume of history,” said Zaruba. “This is 130 years of everything from letters and receipts, to books of visitor logs that probably have signatures of presidents in them.” 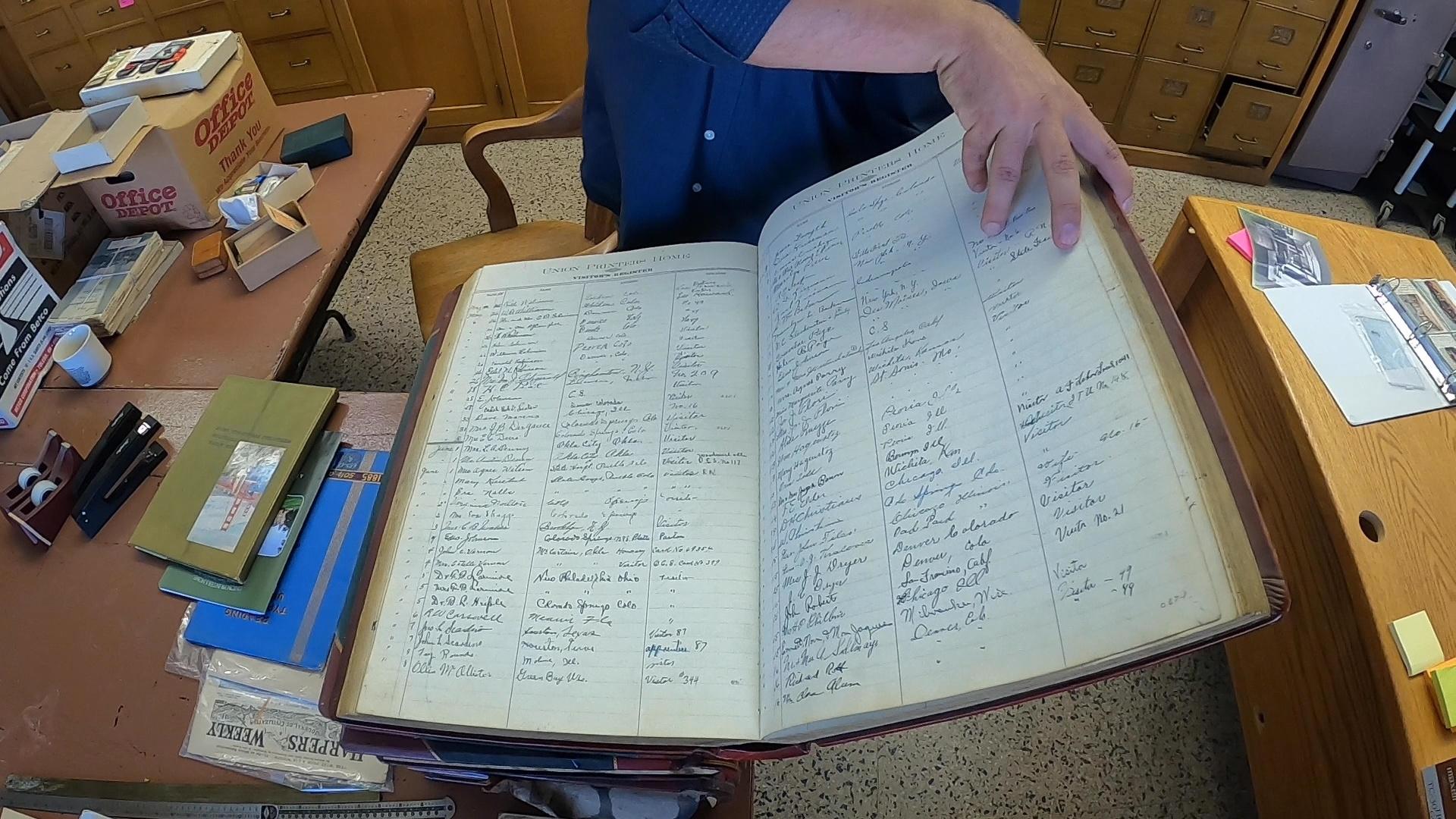 1 / 5
Share This Gallery
Visitors to the Home were well documented through the years. 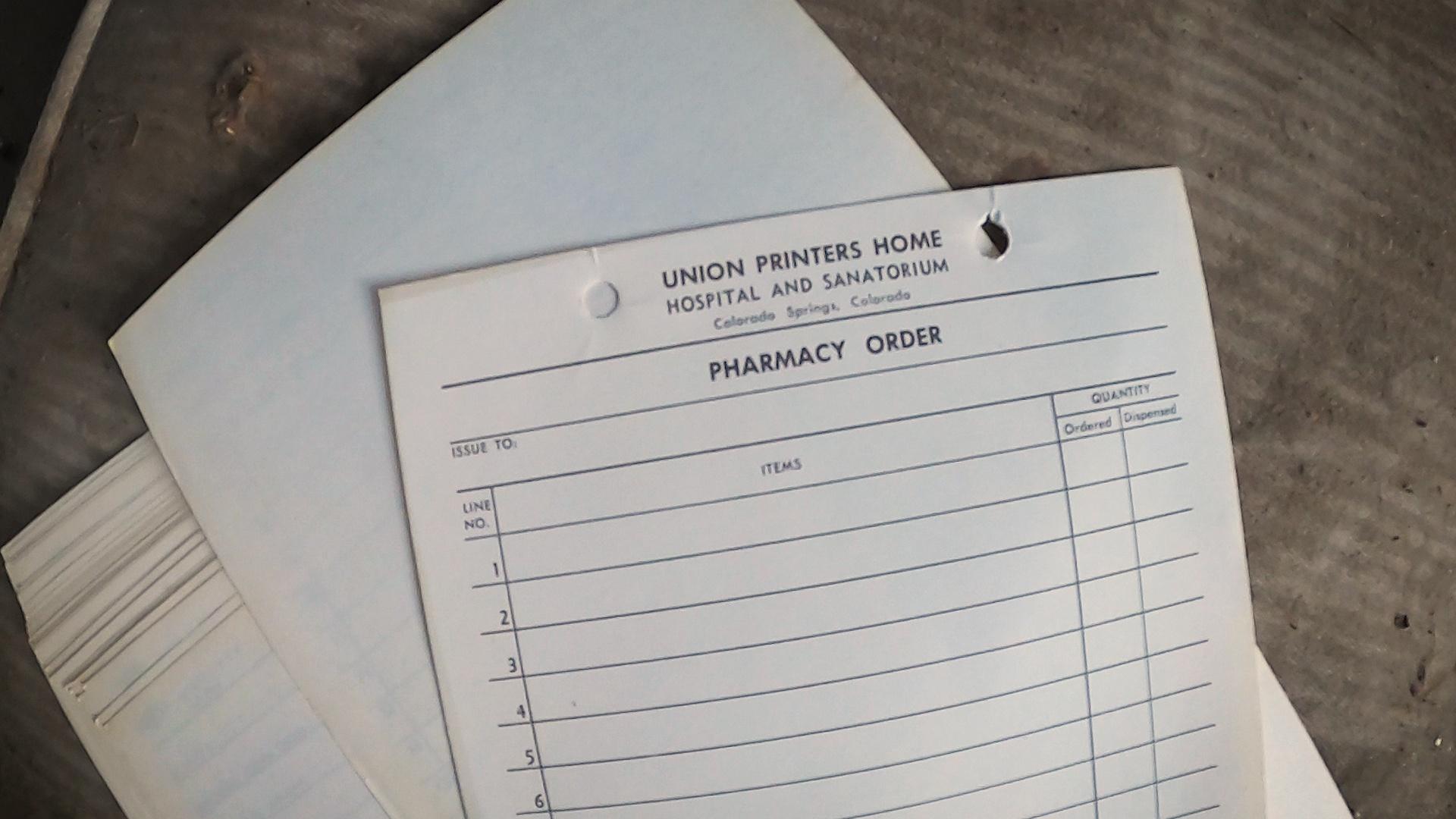 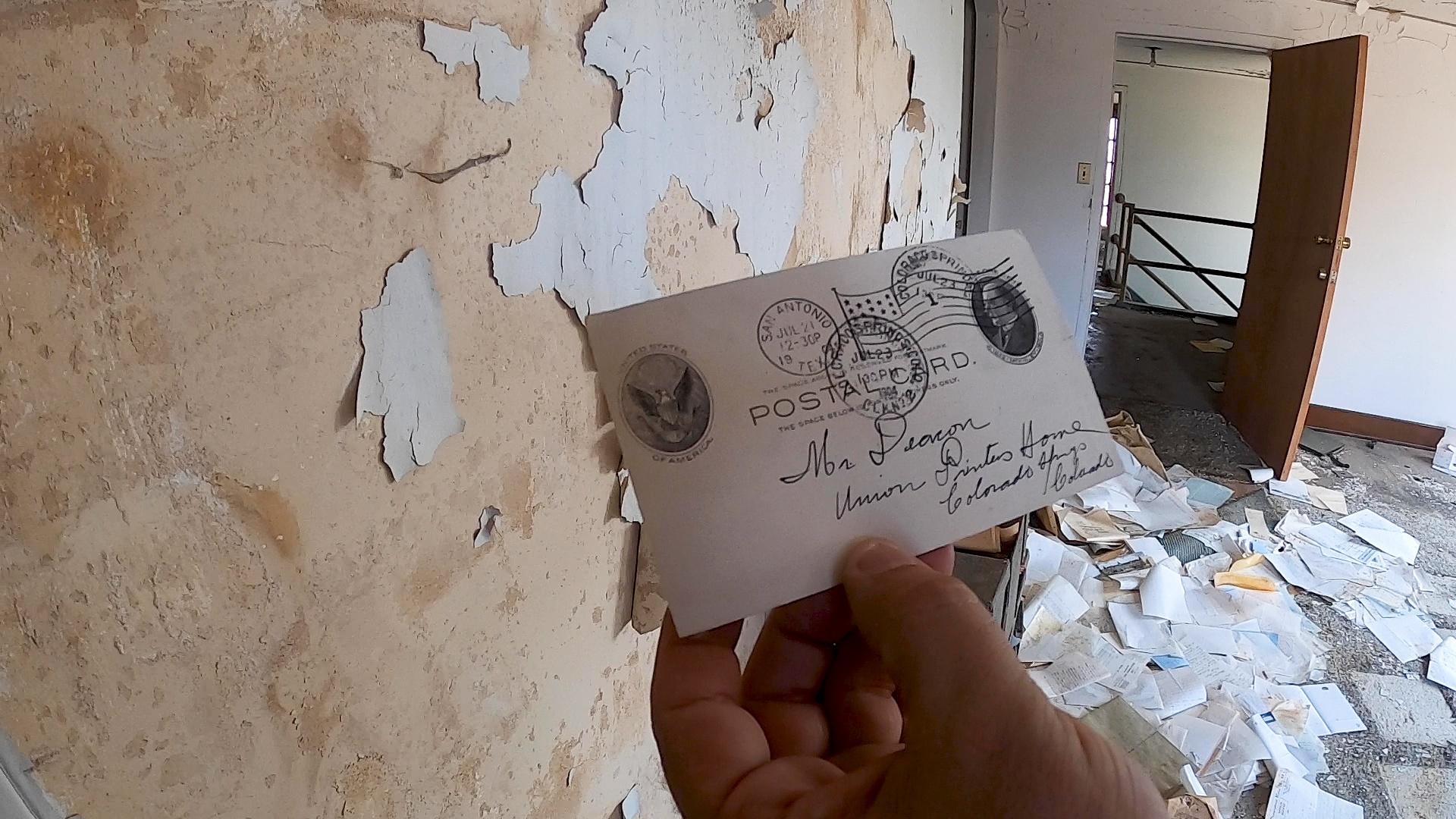 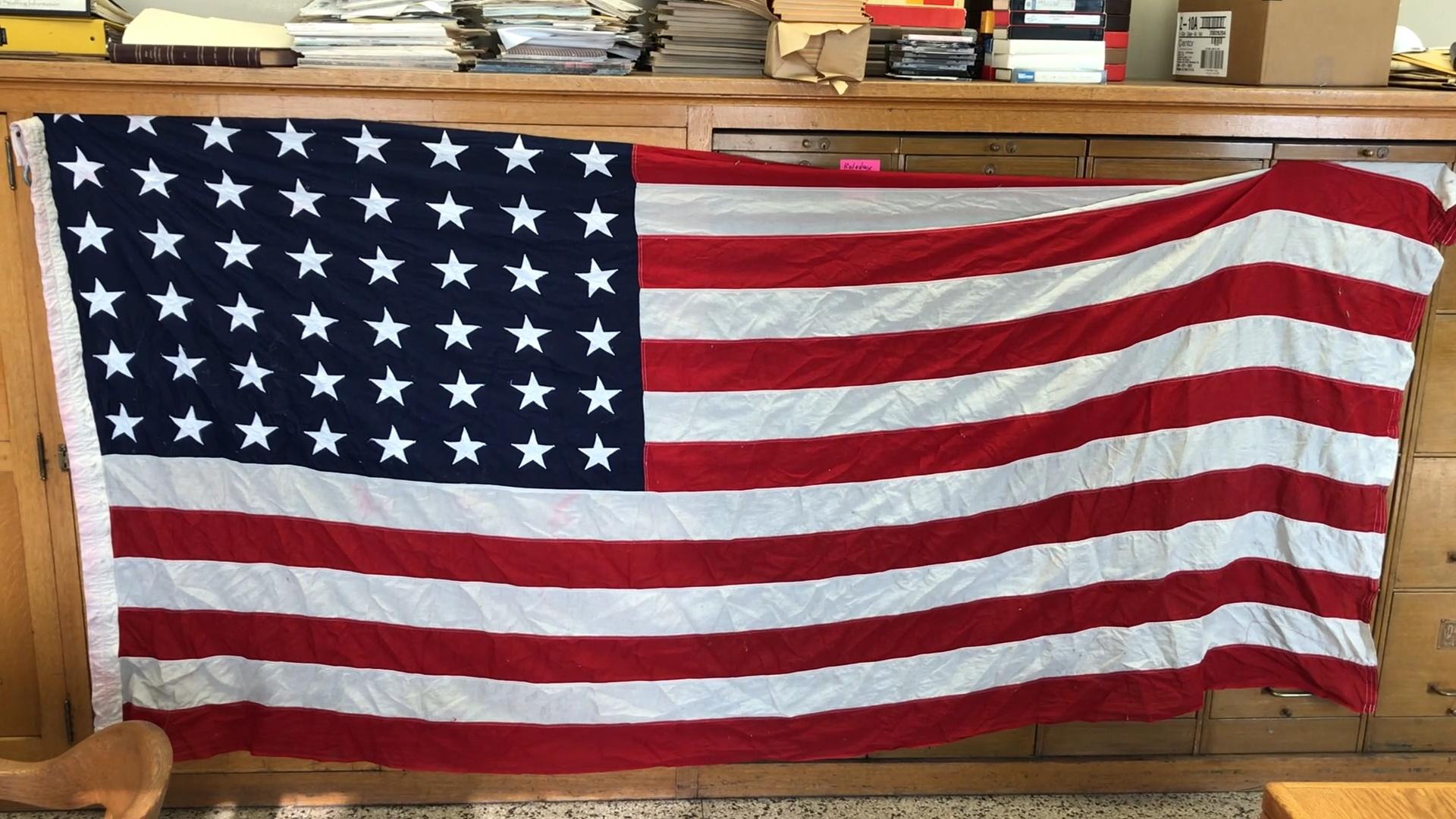 5 / 5
Share This Gallery
Zaruba found this book full of newspaper clippings from when the home first opened.

Hand-colored Sandborn maps, printing convention medals, a 48-star US flag, and loose-leaf Western Union telegrams from the 1890s are just a few of the thousands upon thousands of artifacts left behind within the grounds’ four primary buildings.

“The sheer amount of things that we have uncovered, organized, grouped, uncovered, salvaged, saved — it’s just overwhelming,” Zaruba said. “Two of the buildings had not been in use for almost 40 years, so what we are finding in there is just amazing.”

Among the collection are thousands of photos of the facility and its residents throughout the years. From sifting through documents and relics, Zaruba has developed an idea of what life was like in the tuberculosis facility. The intake process included receiving new clothes and bronze tags for luggage and furniture. Zaruba also found a rule book to guide residents through their new life at the home. Small rooms shared access to a communal porch and bathrooms. Meals were announced three times per day.

“It has taken on a whole new meaning of preservation,” said Zaruba, “and just trying to figure out what to do with it all.” 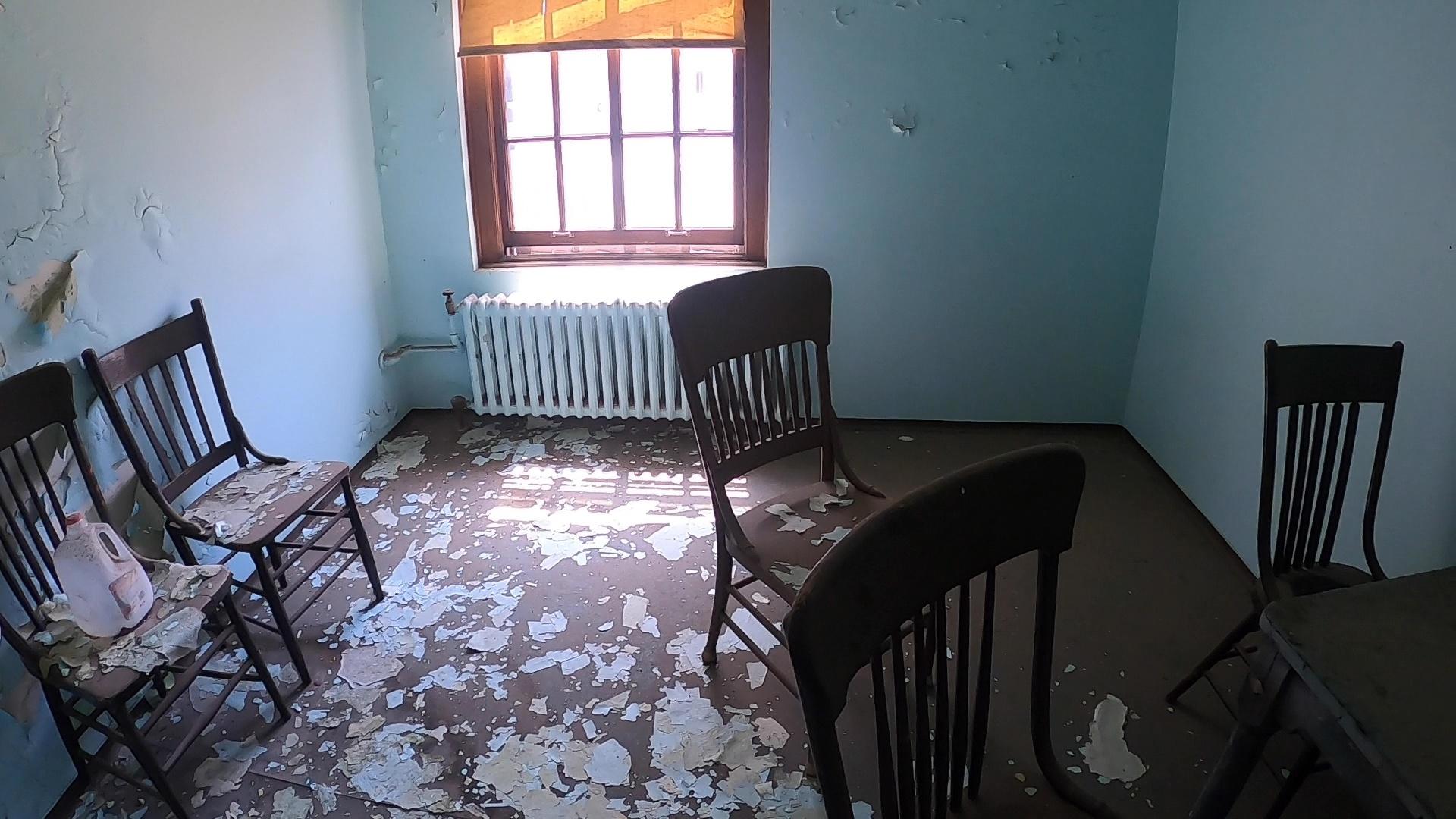 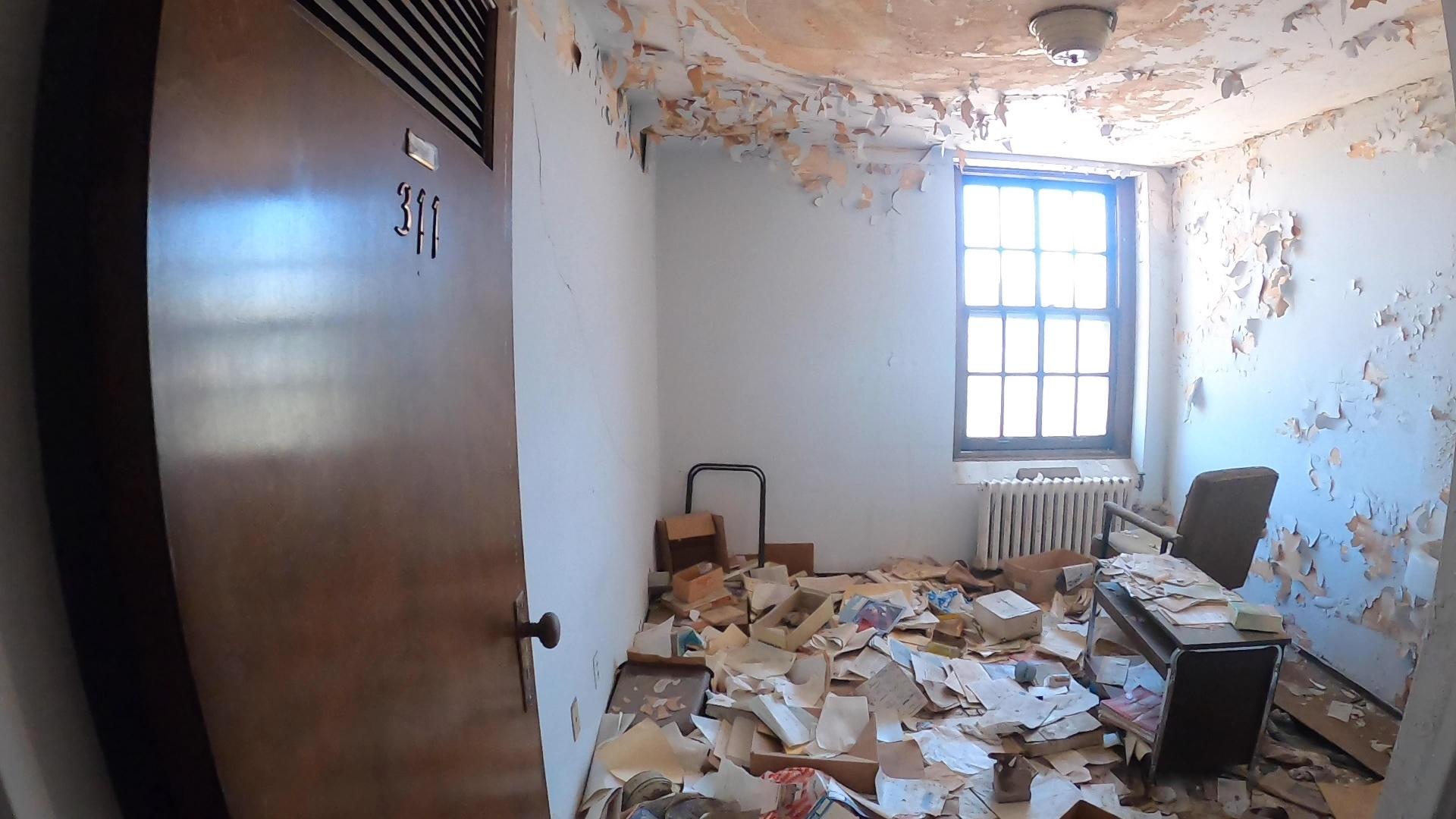 While detailing plans, “the biggest thing for the group is that this needs to be a community asset,” said Zaruba. “It needs to be open to the public. The history of this place has never really been known to the extent that it needs to be known — the significance of this place is world-wide.”

The site has facets of historic preservation and adaptive reuse in the works, and the extent of the project will be determined in coming months, said Zaruba.

“The whole project really is a labor of love, and a passion project for the community,” Zaruba said. “The only thing we can say for sure is that it’s going to be really cool.”

Kate Perdoni is a multi-media journalist with Rocky Mountain PBS and can be reached at kateperdoni@rmpbs.org or on Instagram at @kateyslvls. 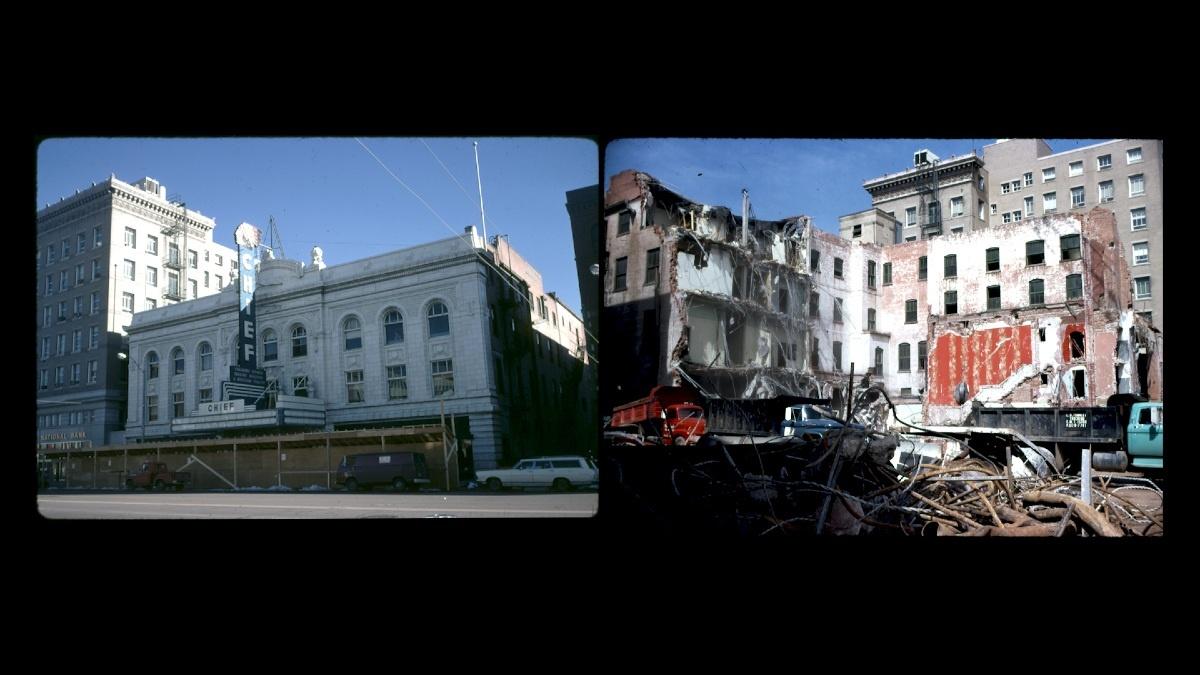