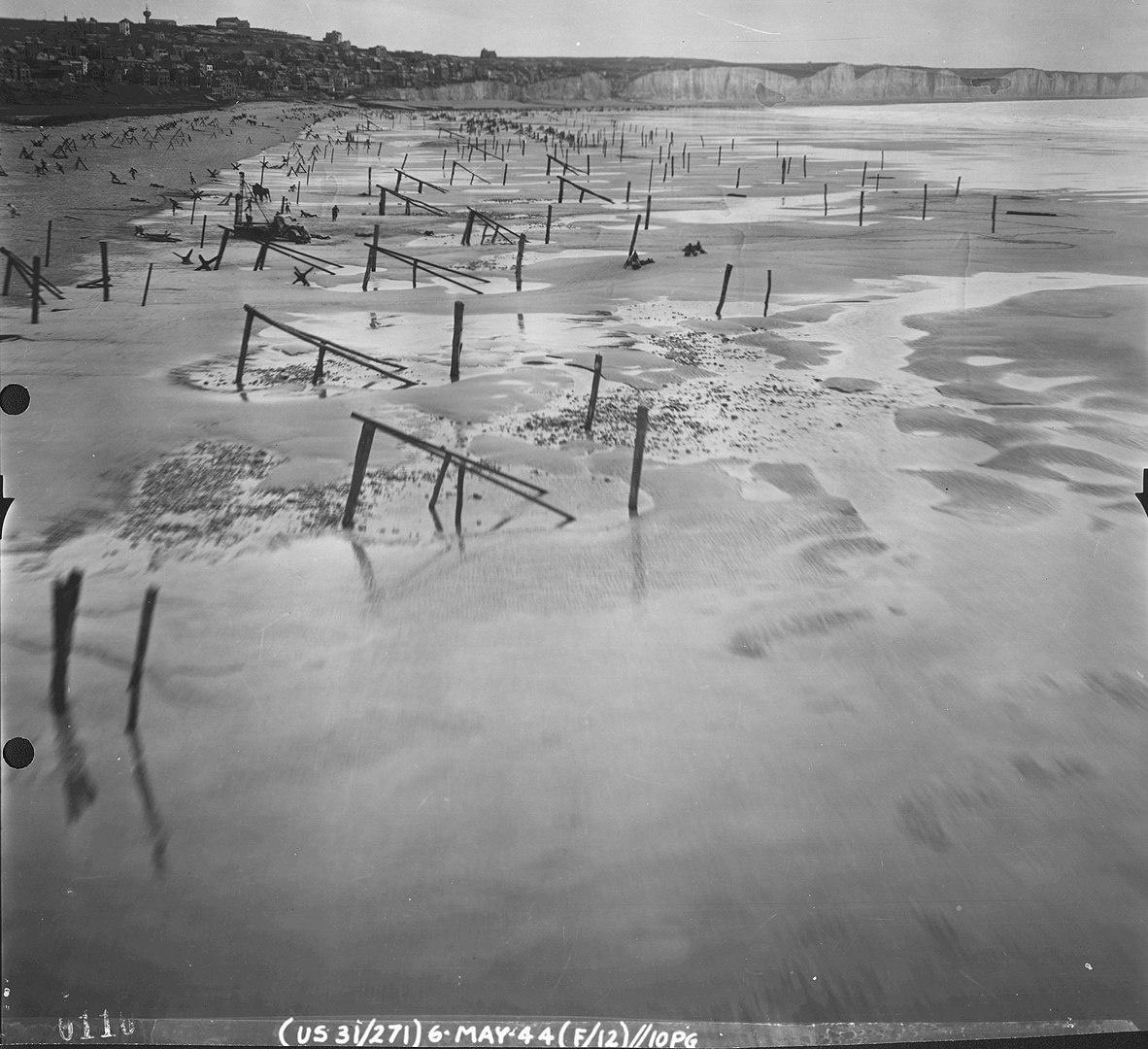 June 6th is the anniversary of D-Day. The single most significant day in the entirety of World War II.

76 years ago – June 6, 1944 – Allied forces stormed, bled, and died on the beaches of Normandy, France. It was the largest amphibious invasion in the history of the world. Nearly 160,000 troops landed that first day. The fate of the Allied war effort hung in the balance with the success or failure of Operation Overlord. But the Germans knew their destiny would also be determined by a forthcoming invasion – they just did not know exactly when or where the Allies would stab into Hitler’s defenses. So, 850,000 German troops were stationed along the Atlantic coastline. German soldiers had also fortified the French beaches with an array of lethal, medieval-looking devices with names like Belgian Gates, Czech hedgehogs and tetrahedrons meant to slow or destroy incoming ships, tanks…and men.

One of the men tasked with defeating the German beach obstacles ahead of the invasion that misty morning was 18-year-old Naval Combat Demolition Unit (NCDU) Seaman 2nd Class, Ken Reynolds. He had never even kissed a girl, but he was ready to face whatever fate awaited him on Omaha Beach the pre-dawn morning of June 6th, 1944. Ken and his fellow demolitionists had volunteered for the suicide mission of wiring the German defenses with explosives ahead of the Allied landing. The work had to be done at low tide when the armaments would be revealed. But this also made these guys easy shots for German guns perched in pillboxes on the cliffs above the beaches. And Ken – at 6’6”– thought he might make a particularly good target. But if Reynolds and his fellow NCDU men failed at their impossible mission, the entire invasion of Europe could fail. Ships carrying the men who would chase down Hitler’s troops would not be able to land. History literally hung in the balance.

Fortunately, history was in good hands. Ken and the rest of the NCDUs were forefathers to today’s Navy SEALs. Failure was not an option.

Yet, even if they succeeded, everything would still be stacked against these men. Apparently, military commanders did not expect any of them to survive the demolition operation. So, these brave souls were generally only given a small canteen of water. Classic Ka-Bar knives to cut wire for their munitions. And enough explosives needed to blow open their assigned lanes.

Remarkably, Ken and the other demolitioneers, including Army engineering units, were able to blow out 5 channels for landing craft to make it to the beaches. Men and boats were blowing up all around him, but Ken Reynolds finally finished wiring all of his explosives and made it to the beach. He found a bit of cover by crawling under a small ridge for a moment’s respite – briefly escaping the storm of German fire pouring down on him and everyone else that tide-turning morning. Considering that Ken’s unit would take 52% casualties, he easily could have been among them. But he made it home. Allied casualties are estimated to have been 10,000 killed, wounded and missing in action. Just that one day… 76 years ago.

I had the privilege of interviewing Ken Reynolds. My name is Carol Fleisher and I am a documentary filmmaker. I currently work for Rocky Mountain PBS, but at the time, I was making a film called, Navy SEALs – Their Untold Story for the PBS network. And, in 2014, Ken Reynolds was the last man standing from the Naval Combat Demolition Units at Normandy who could personally tell of blowing open the gateway to Europe. He told me he was happy that someone wanted to hear his story. With all sincerity, it was my privilege to listen to Ken’s story. And to share it.

Ken died just a few months after our interview – and just a few days after the 70th anniversary of D-Day. He was 88.

June 6th is the anniversary of D-Day. The single most significant day in the entirety of World War II.