'I just want to ride my bike:’ An honest talk about racial bias in transportation

DENVER — “This is 2021 into '22. I’m too old for this mess. I just want to ride my bike. Leave me alone,” said Marcus Robinson, cofounder and executive director of Ride for Racial Justice.

Ride for Racial Justice a nonprofit organization that provides education and community support for Black, Indigenous, People of Color (BIPOC) cyclists and aims to dismantle systemic racism so everyone can feel safe while riding their bike.

Robinson told Rocky Mountain PBS that he has been an avid bike rider since he was a child. He said he has been stopped twice by law enforcement while riding his bike; both times, Robinson said he was accused of running a stop sign and was hassled to show his ID. Because of those experiences, coupled with the murder of George Floyd and the ensuing protests, he created  Ride for Racial Justice.

“Over the past two years we’ve have suffered," Robinson said, referring to people of color while also bringing up other tragic deaths like those of Emmett Till, Trayvon Martin, Ahmad Aubrey, and  Elijah McClain.

“They were just minding their own business, and someone felt the need to take their lives,” Robinson explained.

He said now he “fears for his life” when riding his bike in the state he has called home his whole life.

“Shortly after George Floyd was killed, I felt afraid to ride my bicycle, and I’ve been riding and racing my bicycle for over 40 years ... and places where I ride my bike, I felt that I may not come home. I thought something was going to happen to me,” said Robinson.

In hopes of bringing these fears and reality to light even more, Robinson was part of a panel discussion for decriminalizing multimodal transportation. The online virtual discussion in November was held between several local community leaders and out-of-state leaders, along with State Representative  Leslie Herod (D-Denver). The topic was  decriminalizing multimodal transportation, with a specific emphasis on the experience of BIPOC individuals.

“I want people to understand that this is my country too, and I have the right to recreate like everyone else,” Robinson said. “This is Colorado. Colorado is a great state to enjoy the outdoors, and I’ve been outdoors ever since I was a kid, that’s what my parents did for all of us kids. For me to be afraid to ride my bike—and I’m grown—I’m afraid some person is going to hit me with a truck and put me in a ditch.”

During the discussion, Herod talked about stories she has heard from people of color and the concerns she has.

“If people are hanging out at a bus stop, is that illegal? No. If someone is not using a crosswalk, is that something that should put someone in jail? Absolutely not. So, we’re bridging the conversation about criminal justice reform and multimodal transportation and it’s one we need to have,” Herod said. “In the legislature, though, we have a very interesting conversation, and maybe even initially a clash, from folks who wanted to criminalize certain behaviors, maybe to protect bicyclists or to make transportation more accessible, to some [...] To who? that is the question. And that has been, I think, a very privileged conversation.”

Lisa Calderón, the executive director for Emerge Colorado, helped moderate the discussion. Emerge Colorado is an organization that aims to bring more women of diverse backgrounds into public office in the state. She honed in on the historic pattern of Black and brown people being profiled.

“We have to acknowledge the history of where we come from in terms of the ticketing of low-level offenses that started back during reconstruction against Black folks and that was ... you [could] just be hanging out on a street corner but because a white plantation owner wanted you back on their farm and you were no longer a slave—the easiest way to get you back there is through these low-level municipal type of offenses,” explained Calderón. “It meant that you weren’t just going to jail. Often you were going to a prison work camp. So, we are, as part of the African-American community, very sensitive about having laws that are used most often to target our behavior.”

Michael Kelly, the policy director for  BikeWalkKC, an organization that aims to create safe public spaces in Kansas City, also joined the discussion. Kelly discussed how BikeWalkKC was able to help  decriminalize jaywalking in Kansas City. He said city staff learned that 65 percent of people who received jaywalking tickets were Black. Kelly said the statistic was “jarring,” as only 30 percent of the city’s population is Black.

Shontel Lewis, representing Regional Transportation District's (RTD) district B, was also a major participant in the panel. She said she discussed alternative safety measures and should investigate non-criminal responses to social crises with the RTD Board. For example, she noted that if an individual has a mental health crisis, no armed security guards should respond, but instead, a mental health professional should be called to step in. Lewis said this concept “failed miserably” with the RTD Board. She later encouraged the public to reach out to the board to discuss their grievances, as she said many people have told her that they, “feel uncomfortable with having armed security guards on the light rail.”

Lewis said this conversation is ongoing. She added: “It is an uphill battle I’m willing to fight.”

While this was just one discussion, Herod and others on the panel hope this will help elevate the conversation and get the attention of policymakers. You can watch the full discussion below.

“Let folks know who maybe had well-intentioned policies but their ears were closed to the dynamics of what was actually going on in our community,” Herod said. 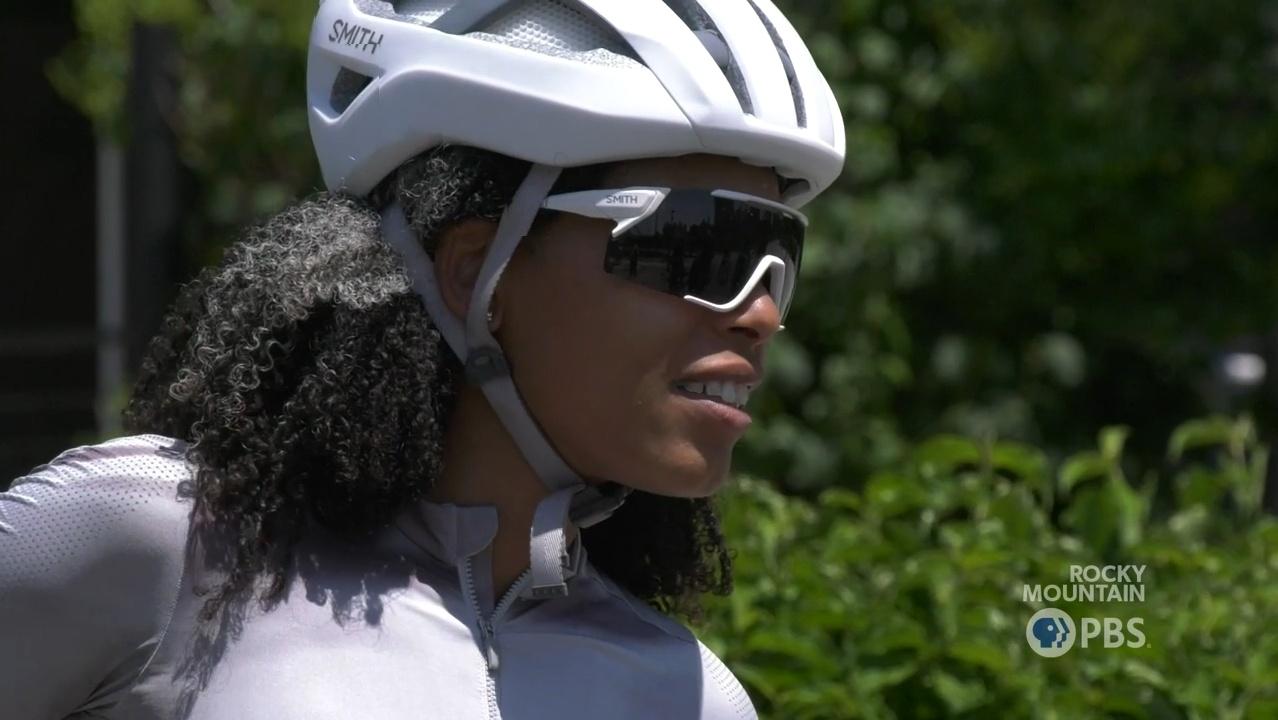 Black Girls Do Bike (BGDB) cultivates a community for Black women who find joy in cycling. 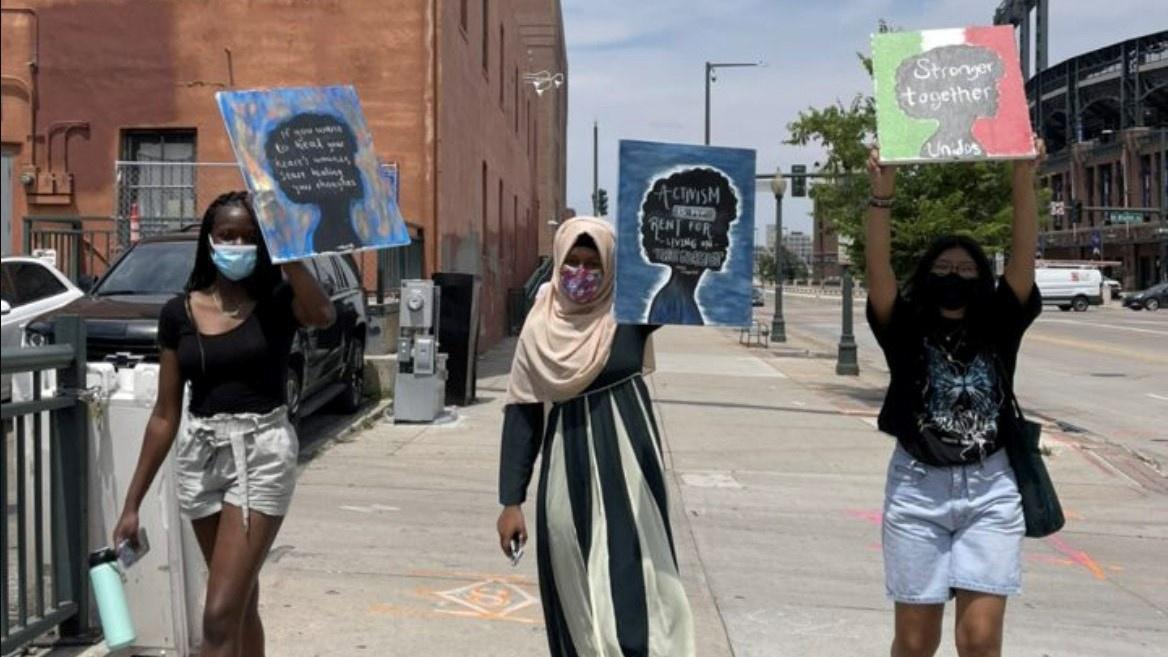 A nonprofit in Denver helps support students of color and other marginalized groups to break down institutional racism.