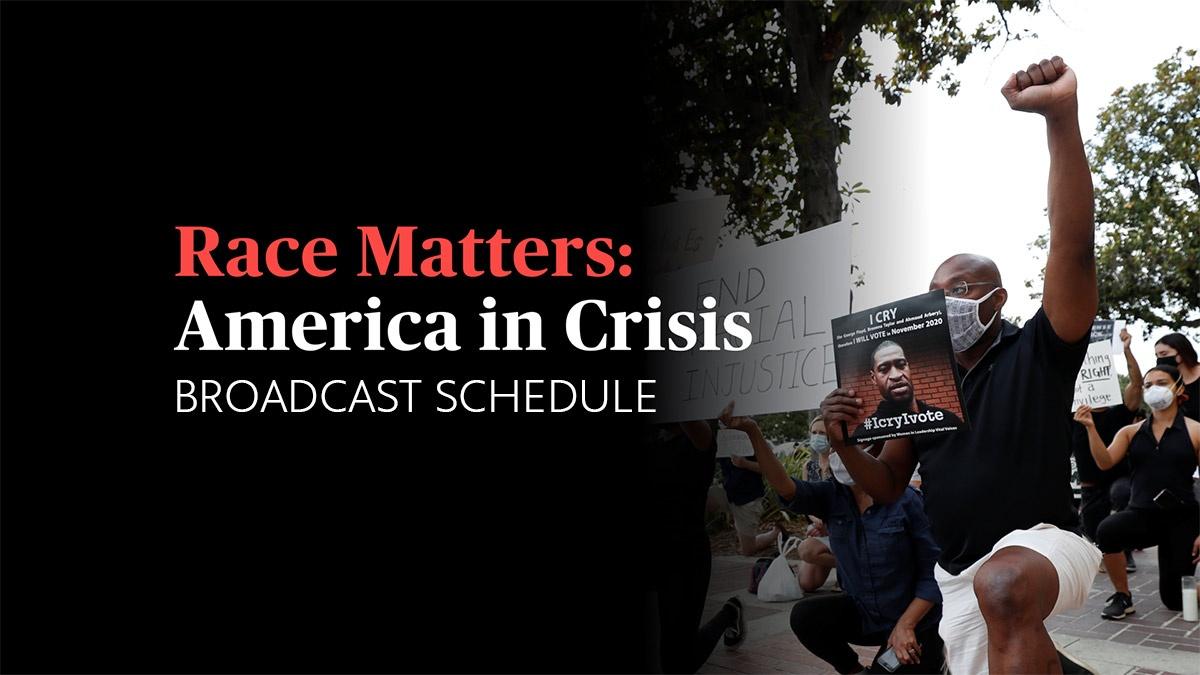 Rocky Mountain PBS will broadcast a series of films and new specials focused on race in America following the murder of George Floyd on May 25, 2020, and the ensuing protests that erupted across the country.

In addition to re-broadcasting films focused on African American history, PBS will curate a streaming playlist of programs that explore the impact of racism on Black Americans and our country at large.

This hour-long program will focus on the frustration pouring out onto American streets, outrage about police brutality, and America’s deep systemic racial disparities in the economy, education, criminal justice system and health care, especially during the COVID-19 pandemic. The program will also include grassroots voices from around the country and roundtable conversations with thought leaders and other newsmakers.

Black Panthers: Vanguard of the Revolution
Wednesday, June 10 at 8pm

A riveting look at an earlier era of conflict and how the Black Panthers provided community services while advocating for more radical national change.

Reports from across the country, and includes interviews with key leaders and participants in the struggle for racial justice, accountability and equity, as well as voices from law enforcement.

Independent Lens: I am Not Your Negro
Monday, June 22 at 9pm

Explore James Baldwin’s unfinished book about race in America in this Oscar-nominated documentary.

This series offers a detailed exploration of how the civil rights movement impacted the country, including successes and failures related to political and economic equality.

The broadcast films above, and additional streaming content below, will be available for streaming on PBS platforms, including PBS.org and the PBS Video App, available on iOS, Android, Roku, Apple TV, Amazon Fire TV and Chromecast.

INDEPENDENT LENS “Always in Season”
A grieving mother embarks on a quest for racial justice after her teenage son’s suspicious death.

INDEPENDENT LENS “Charm City”
Get to know the people on the front lines of three years of unparalleled violence in Baltimore.

INDEPENDENT LENS “I Am Not Your Negro”
Explore James Baldwin’s unfinished book about race in America in this Oscar-nominated documentary.

JOHN LEWIS – GET IN THE WAY
Follow the courageous journey of John Lewis, from his youth in the segregated South, through his leadership within the Civil Rights movement, to his current role as a powerful voice in Congress.

POV “Whose Streets?”
Take an unflinching look at the Ferguson uprising, told by the activists leading the movement.

PBS AMERICAN PORTRAIT invites people across the country to share their stories about race and current events with a new prompt, “Now is the time...” Stories can be uploaded to AMERICAN PORTRAIT at pbs.org/americanportrait.