Project Sanctuary gives support to veterans and their whole families

GRANBY, Colo. — A word that you’ll hear often around the grounds of Project Sanctuary in scenic Granby, Colorado is "healing." Being in nature and away from technology seems to lend itself to just that.

“The other night I was sitting outside, and we got to watch the full moon and it was incredible. This morning, drinking coffee on the porch and just watching the sun rise and seeing the hummingbirds fly five feet in front of us was wonderful,” said Sean Sexton. He is an Air Force veteran who had his part of his leg amputated after an injury sustained while in active duty several years ago. The experience affected more than his leg, though, as Sexton’s entire family also feels the stress.

“There [are] a lot of veterans' organizations around designed to treat the veteran and his PTSD, but what many people forget is that our PTSD trickles down to the families. We come home and we explode and we do these things that are not good for our families, and we are raising children in these unhealthy environments. So even though we’re treated, it’s not getting disseminated down to the families,” Sexton explained.

This is where Project Sanctuary strives to be different. It is a nonprofit offering evidence-based therapy programs and retreats for veterans and their loved ones.

Project Sanctuary offers support for veterans and their families

“To do it by myself is one thing, but to do it as a complete family unit — that’s completely different,” added Sexton. “I’m the son of a marine who’s the son of an Air Force veteran, so we have a lot of those traumas that are passed down generation to generation, and we’re now taking the opportunity to heal a lot of that.”

Corcynthia Williams attended several days of workshops at Project Sanctuary with her children. Her husband who was a veteran, took his own life a few years ago.

“Today [August 13] is a very hard day for us. It’s the fourth anniversary of my husband’ suicide so there’s a ton of emotions already, but the connection I’m already feeling within the last 24 hours of being with our children is hard to explain,” Williams said. “I'm grateful for the opportunity to take a knee and take a breath and know that we are okay and that we’re surrounded by people who love us and we are safe.”

Heather Ehle, a registered nurse who treated many veterans with traumatic health issues, founded the organization in 2007. She wondered why no one was offering treatment to the veterans' loved ones.

“When she looked around she noticed there wasn’t anyone really taking care of the whole family,” explained Danella Soeka, who works for Project Sanctuary. “These are not vacations. These families are doing hard work. It’s six days of recreational therapy. It’s important to bring these families together to give them new memories. They spend time in classrooms that we have to help with their PTSD, communication and financial management. And we’ve created classes in these areas that the youths and teens are in; so it’s age appropriate.”

Manuel Gonzalez, an army veteran who served tours in Afghanistan, Iraq and Kuwait, witnessed the shooting death of a good friend while on active duty in 2003. He attempted suicide three times over the last several years. Still carrying that trauma, Gonzales decided to volunteer at Project Sanctuary.

After getting out of the military, Gonzalez had conflicting feelings about being at home. He said he obviously loves his family, but being in active duty felt more normal for him.

“There’s a lot of heartache and it breaks my heart to know that I really don’t understand myself yet, and I think it’s okay but it still hurts because I knew who I was in uniform. I’m just still kind of lost,” Gonzalez added.

Gonzales also wants to set a good example for his wife and children. “I’m a retired combat veteran. I’m a father. I’m also a husband. As far as who I am to myself, I don’t really see myself as anyone. I just know that I have to do these things for my kids and my wife now. That’s my next calling, I can no longer lead soldiers, but at least I can lead my kids in a proper direction in life.”

Dana Morrin has been volunteering for Project Sanctuary for 10 years. She said that when one person in a family serves in the military that means the whole family serves, which means the veteran’s trauma becomes the family’s trauma.

“To see how they come in, they’re so hurt and so closed up. This is such a healing place for them to be. It’s amazing to see the transformation they make from day one until the end of the retreat,” Morrin added. “It is just a blessing to us. We want to be able to give back and this is our way of giving back. If we can give some time and some energy, and we can love on these families so that it’ll change something for them that’s why we do it and we love it.”

Williams believes that despite her husband’s tragic death, there are still opportunities for her and her children to experience gratitude. “I’m grateful just that there’s a space for us to come and just be us. I feel like it’s the great legacy that my husband leaves behind is that we had a great love, and so the ripples of that love are carrying forward and that’s what carries us forward each day, one day at a time.”

Gonzalez wants to keep moving forward for his family. “There is a light at the end of the tunnel. I still haven’t found it, but I know it’s there.” 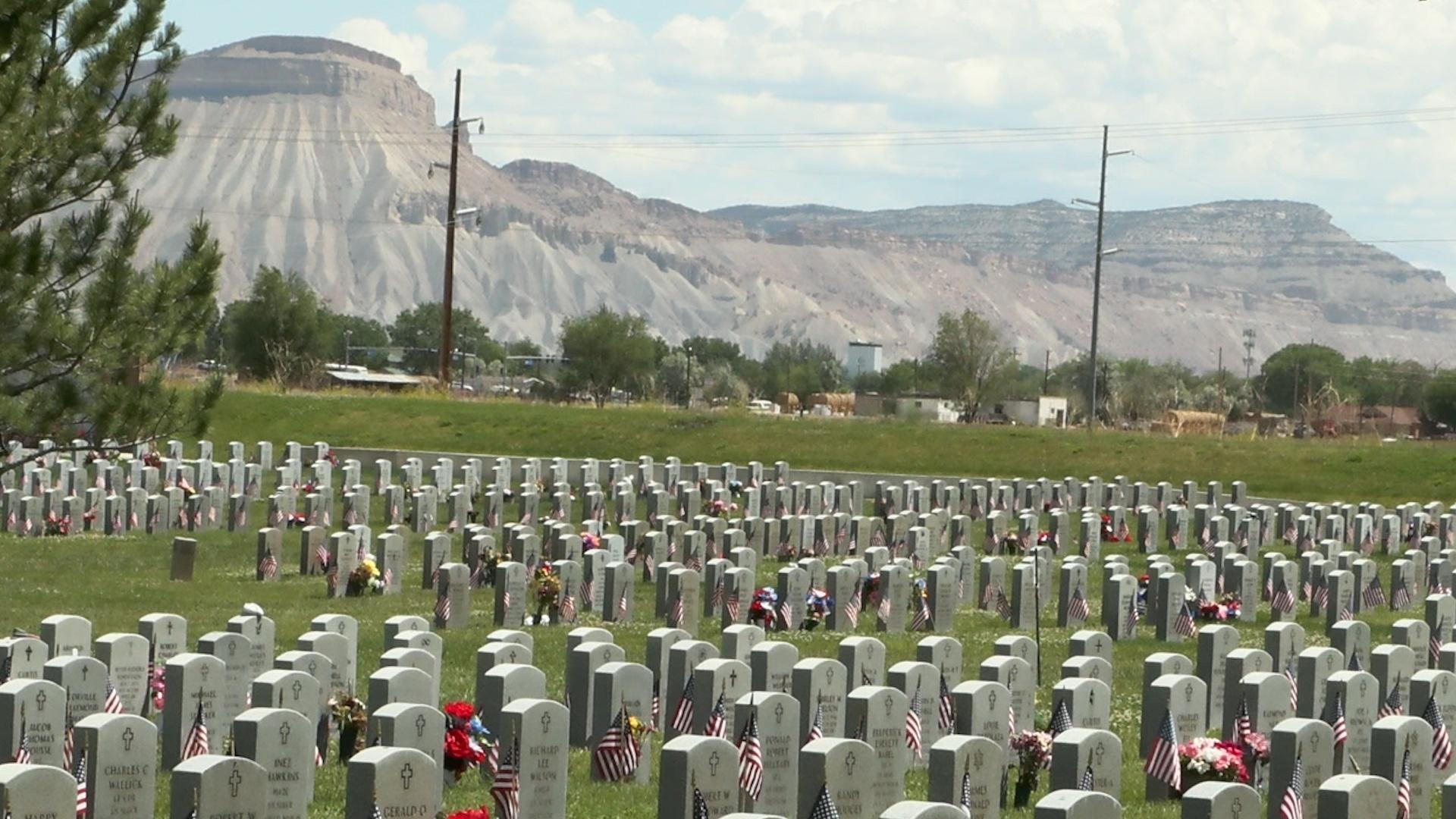 Volunteers with the Missing in American Project located the unclaimed remains in Fruita and organized the military funeral. 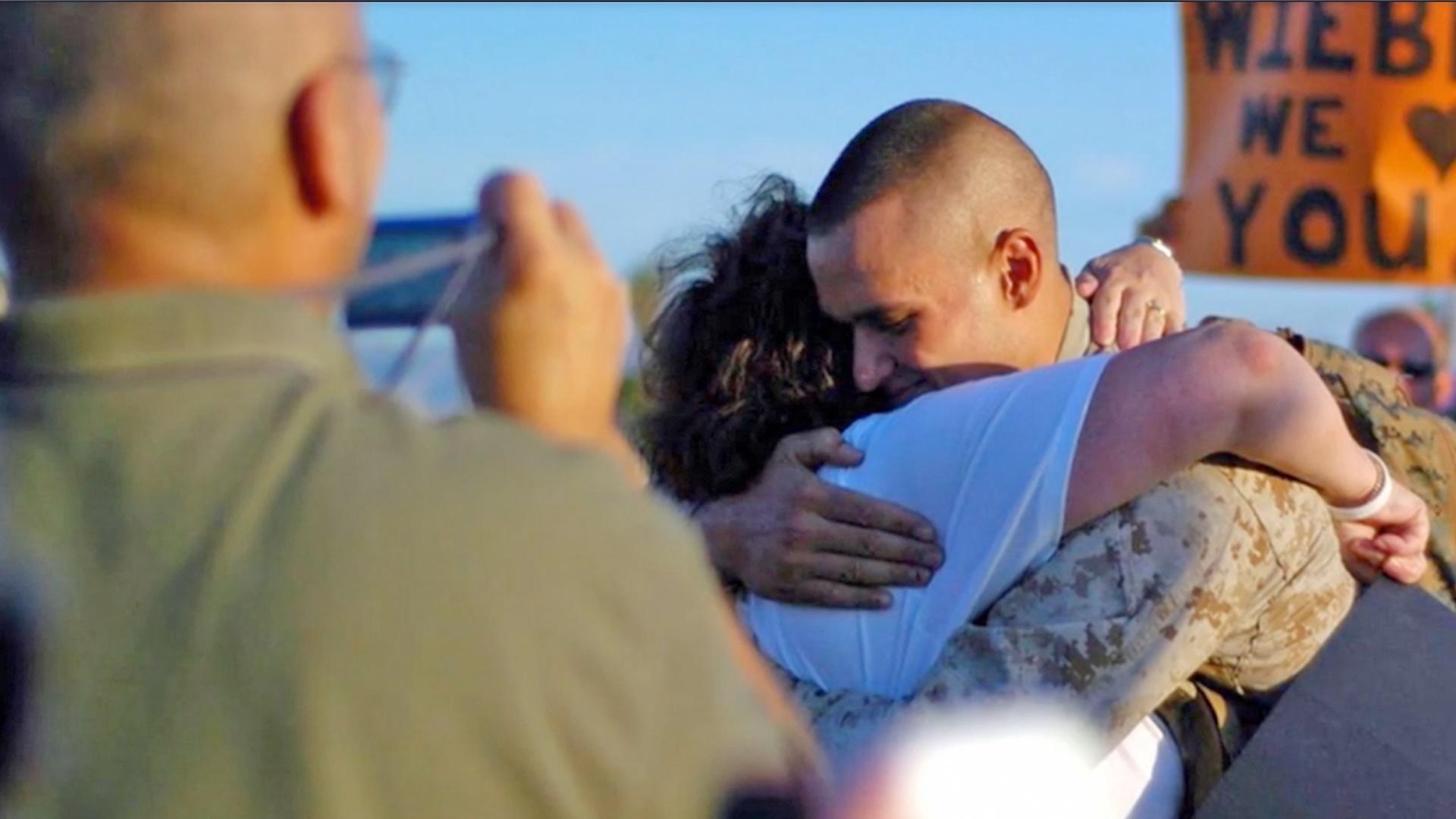 Last November, the Colorado Department of Public Health and Environment (CDPHE) announced a new, online suicide prevention platform for veterans and members of the military.