DENVER —  Perhaps the most iconic photograph of the Great Depression wouldn’t have been produced if it weren’t for a gut instinct that Dorothea Lange turn back to a pea-pickers camp in Nipomo, California in 1936.

The image — a black and white close-up of a gaunt-looking woman holding a sleeping baby flanked by two more small children — “exists in more formats, prints, and places than (arguably) any other photograph in the world,” Museum of Modern Art curator Sarah Hermanson Meister wrote in a 2018 book about the 20th century photographer.

On display this summer at the Denver Art Museum in “Modern Women/Modern Vision,” Lange’s photo is remarkably more powerful in person, hanging among the work of other impactful women photographers who also followed their intuition to capture images vital to journalism, history and photography as an artform.

“Women embraced the medium early on, in part because photography had fewer barriers for female participation, compared with more traditional art forms such as painting and sculpture,” said Christoph Heinrich, the Frederick and Jan Mayer Director of the Denver Art Museum.

It was thanks to groups such as The Photo League and Group f/64 — which welcomed women during eras where opportunities in the art world were hard to come by — that some of the world’s most iconic images exist.

The DAM exhibit is divided into six parts, spanning from “modernist innovators” such as documentary photographer Margaret Bourke-White who went on to be the first woman to serve as a U.S. war correspondent to contemporary creatives, which includes Carrie Mae Weems and her iconic fictional Kitchen Table Series, where she turned the camera on herself.

”Women working in photography today owe much to the generations who paved the way during the 20th century,” said Eric Paddock, the exhibit’s local curator. “The diverse styles, subject matter, techniques and intentions exemplified by the artists in ‘Modern Women/Modern Vision’ demonstrate the determination and inventiveness with which women pursued their craft.”

For some, it was urban street photography. Helen Levitt, New York’s unofficial “visual poet laureate” who was an early pioneer of modern street photography, captured gritty working-class neighborhoods over the space of several decades with a discreet shooting style that spawned images that were both theatrical and realistic.

For others, the camera and lens allowed even more creative freedom and traditional techniques helped to evolve photography, pushing the boundaries of what the medium can do. “Revenge of the Goldfish” — a staged photograph — by Sandy Skoglund, who will also be speaking at the museum on May 31 as part of the exhibit’s events, is an easy measure of how many possibilities a tool meant to capture the real can have in a made-up space.

“The origins of my interest in mixing natural and artificial arise from my being a spectator of myself as I behave in the world. I see myself naturally attracted to some very artificial things, almost as if my life depended on it…,” she said in a 2008 interview about her art. “To me, a world without artificial enhancement is unimaginable, and harshly limited to raw nature by itself without human intervention… the mixing of the natural and the artificial is what I do everyday of my life, and I hope that I am not alone in this process.”

In all, “Modern Women/Modern Vision” features more than 100 images and a series of programming designed around the exhibition. A full schedule can be found at www.denverartmuseum.org. 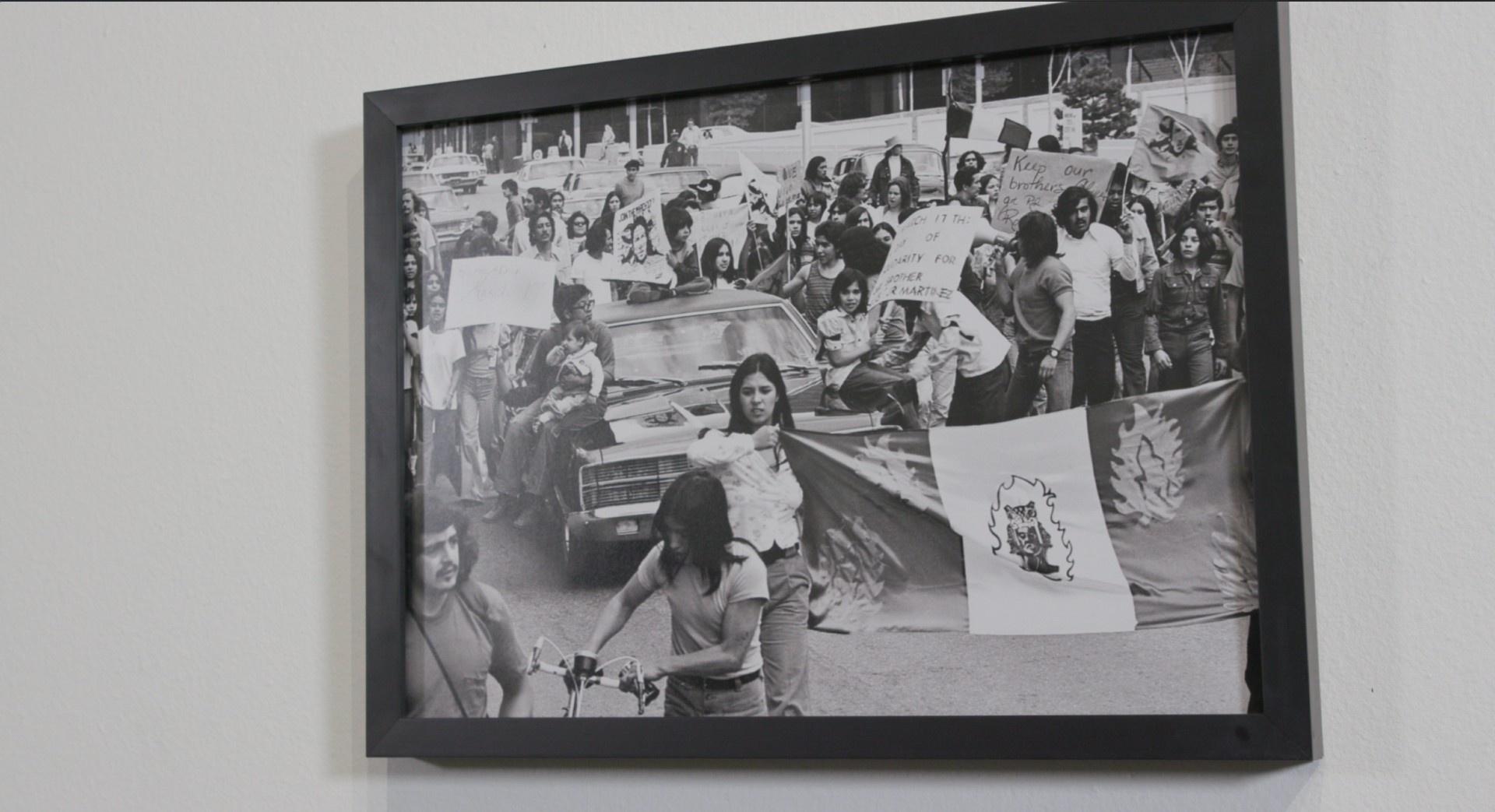