'I'm not slowing down': Head of Colorado Coalition for the Homeless retires after 37 years

DENVER — “My daughter was born six weeks before I started working here. So she and the coalition grew up together,” said John Parvensky, reflecting on his nearly four decades with the Colorado Coalition for the Homeless.

Advocacy work seems to be at the heart of his family. Parvensky first met his wife on the picket line in the ‘70s at the University of Pennsylvania while he was in law school and she was attending graduate school for social work. His daughter, now grown with her own family and a career in social justice, is an “inspiration” to Parvensky as he moves to the next stage of his life. After 37 years, he is stepping down as president and CEO of the Colorado Coalition for the Homeless as soon as the organization finds his replacement.

“After 37 years of this work of building an organization that is strong and is doing great work in terms of responding to the need and yet not doing enough to meet the need as we see, you know, explosion of numbers of people on the streets,” Parvensky said. “I thought this was a good time as I'm hitting my seventies to be able to say it's time to really turn over the reins to a new generation of leadership.”

The Colorado Coalition for the Homeless was established in 1984 on the basis of acting on behalf of those experiencing homelessness. Over the years, the organization has built on that mission by providing advocacy on the policy level and also building housing, establishing clinics and providing more supportive services to help lift Colorado’s unhoused neighbors up into stable housing.

Parvensky said when he helped start the organization in the 1980s, there were just six employees. Now the coalition has about 750 employees with about 2,000 volunteers. As the organization has grown, so has the population of people who need its services.

The 2021 Annual Homeless Assessment Report to Congress showed Colorado was one of the top five states to see the most increased number of sheltered homeless between 2007 and 2021; homelessness rose by more than 15%. The report also showed a 265% increase in chronically sheltered homeless individuals in Colorado during that same 14 year period.

“One of the things that's most disappointing is that despite our success in terms of building housing and housing almost 5,000 people a night, that there are still more people who are becoming homeless,” Parvensky lamented. “We haven't figured out how to stop new people from losing their housing and ending up turning to us for help.”

Coloradans have seen more visible homelessness in the last couple of years as cities have also been working to have fewer people on the streets. This spring, Aurora passed a camping ban but the actual practice of it seems unclear. Denver’s action on its camping ban has come under criticism from advocates in the last year with a report showing that when the city cleared encampments, most unhoused people would eventually return to that location.

Parvensky believes solving homelessness will take effort, coordination and policy changes at all levels of community and government, but all boils down to one idea: housing.

“If we as a community recognize that we need to invest in the solutions that we know work on an individual and family basis, but bringing it to a scale that's commensurate with the scope of the problem that we're seeing outside of our windows,” Parvensky explained.

On top of receiving the money and resources to build housing, over the last nearly four decades Parvensky said the obstacle he and the organization has run into is resistance from neighborhoods and communities to build affordable housing for people experiencing homelessness.

“The ‘Not In My Backyard’ or NIMBY syndrome in many times … that's a knee jerk reaction that people think, ‘Oh, this is something that's different. It's something that I don't really want in my neighborhood,’” Parvensky said.

In response to those concerns, Parvensky cites 20 or so different developments throughout the metro area where the fears or concerns of the neighbors never materialized.

“They actually embrace the people who are living in a new housing development, and they become neighbors just like anyone else,” Parvensky added.

That’s ultimately what Parvensky believes everyone can do to help those experiencing homelessness can do: treat them like anyone else. He said oftentimes someone who is unhoused has experienced some sort of trauma either early on in their lives or recently that contributed to their struggle to maintain sustainable housing. His advice? Just say hi.

“Don't be afraid, don't walk away, don't ignore them, but acknowledge them,” said Parvensky. “And I think that alone has a tremendous impact in terms of how somebody who may be at the worst stage of their lives feels about themselves when somebody cares enough to say, ‘Hi.’”

This is also where the Colorado Coalition for the Homeless tries to step in with a myriad of solutions. The goal is to treat each individual who needs help with care and attention that fits their individual needs and trauma.

Throughout his career, Parvensky experienced disappointment when his organization tried to help someone but ultimately the person ended up without stable housing once again. But for Parvensky, it is the victories that have kept him motivated all this time.

“I can remember moving a gentleman into a place just above our health center. You know, that was brand new [at the time]. And, you know, he said, ‘I haven't smelled new for so long. I don't know what it smells like,’” said Parvensky, reminiscing about all the good memories. “People break down and cry, and when they know that, they have somebody who's … looking out for them, who’s supporting them … that is the reward that we all get when we see those successes.”

Now that Parvensky has finally decided to step away, he plans to take a much-needed break and travel, but once he “comes back up for air,” he plans to do more advocacy and policy work that he will have time to do without having the day-to-day work of running the large organization.

Still, Parvensky is not packing up his office yet. He plans to stay until everything for the next leader of the organization is set up. Until then, Parvensky said the reality that he is leaving his organization after 37 years still hasn’t hit him.

“I don't think I've had a chance to internalize what it's going to mean for me when I walk out the door for the last time," he said. "It's been a lifelong journey.” 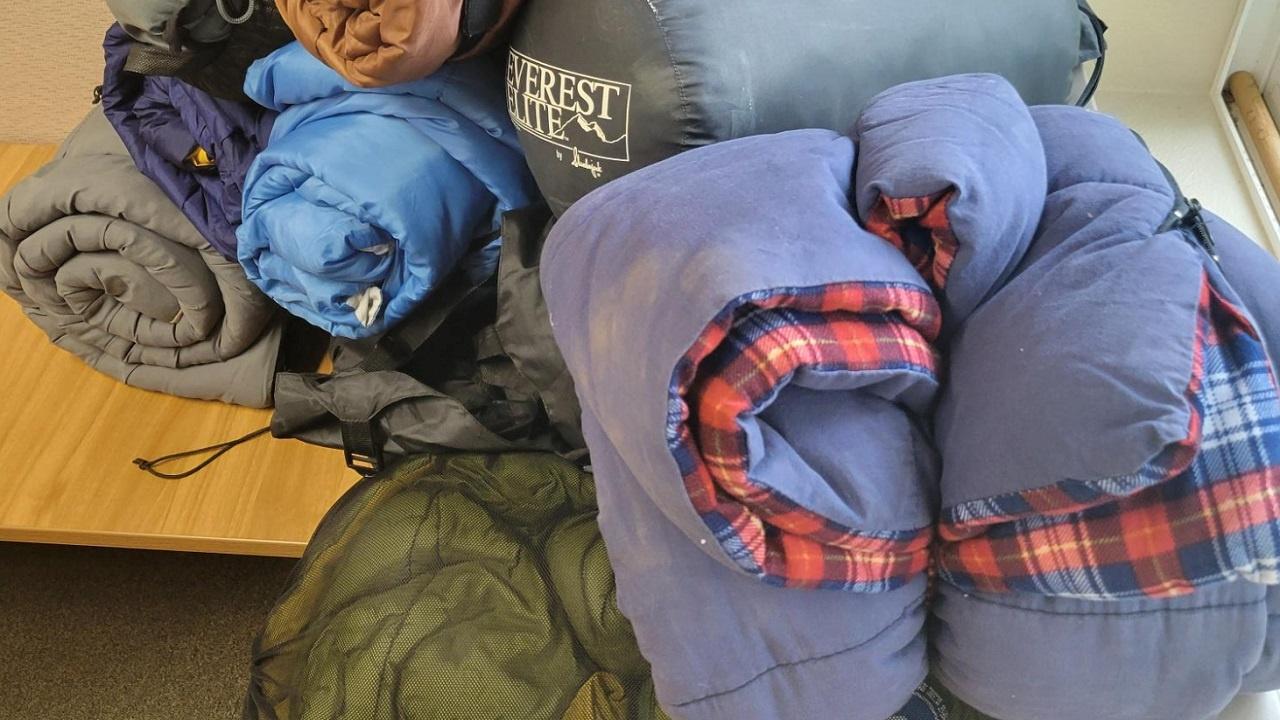 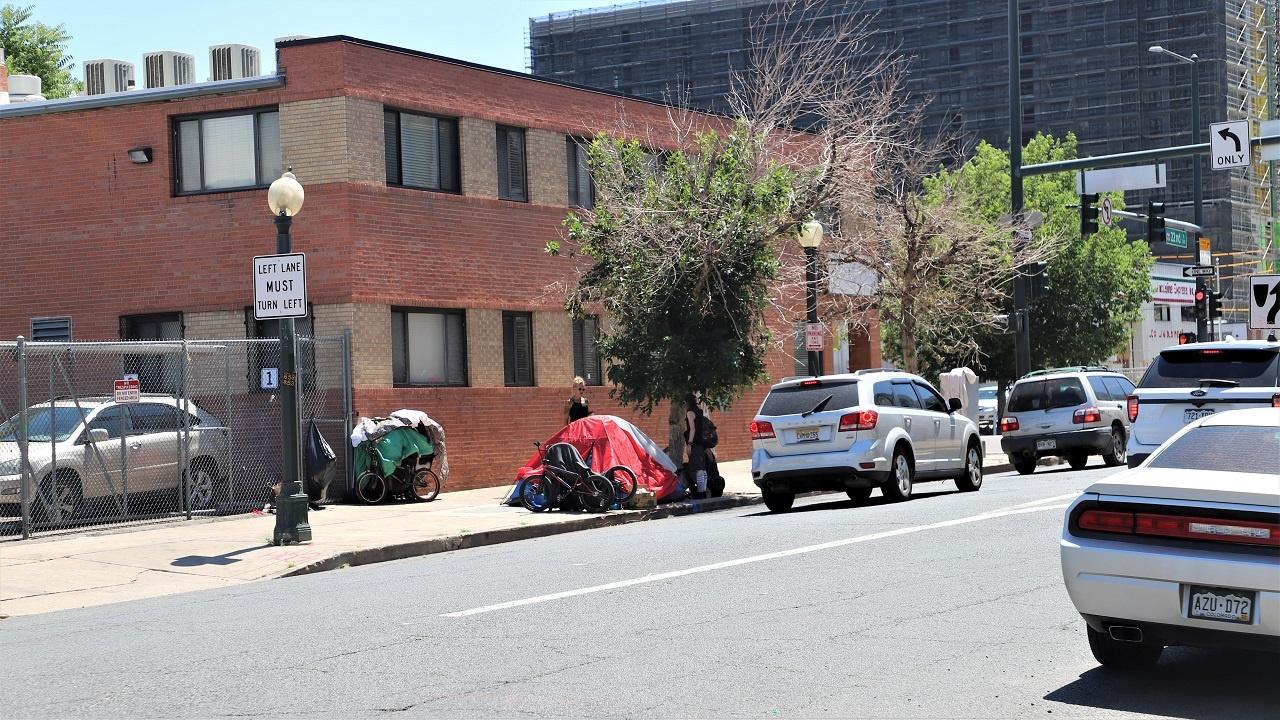 Find out ways shelters and you can help those who are homeless in extreme heat.