Leading the way in building high-performance and fire-resistant homes

MASONVILLE, Colo. — A home seemingly alone on a mountain top surrounded by trees. It is an image many conjure up when thinking about true Colorado living. However, this home on a mountainside above Masonville is extra special, as it is the state’s first certified Passive House.

Building a home to Passive House standards means meeting specific design and building elements that are then certified by a select number of organizations. The buildings are air-tight and contain an advanced air filtration system, as well as different types of materials like triple-pane windows and special insulation to guarantee that air-tight aspect.

Possibly the best person in Colorado to explain these specifications is the owner of this Larimer County home and Passive House designer, Andrew Michler. He has been developing and working on Passive House projects in Colorado for about eight years.

“[We] make the buildings as airtight as we can, protecting occupants from outdoor poor air or even protecting from things like moisture and rot,” Michler said to Rocky Mountain PBS. "The Passive House was designed to both reduce energy, but to also improve the comfort of the occupants.”

Giving a tour of this home he completed in 2016 atop this mountain, you can hear the pride and full belief in the project in his voice. He describes the ability for the home to maintain a comfortable temperature regardless of which season it is with little energy usage.

“If you put solar panels on your roof, you can often produce enough energy to easily offset the energy it takes to run the house,” said Michler. “And then you can even make enough energy to power your electric car, for instance, or other things.”

Another big perk for Michler and many prospective Colorado home builders is the fire-resistance a home built to Passive House standards contain. The home’s air-tightness and its fire-resistant siding create more protection from wildfires.

“I've lived here for 25 years now, and we've gone through quite a number of fires and evacuations,” said Michler. “So when I first built the house, I was thinking fire is, like, one of the main elements that it was designed for.”

The Cameron Peak Fire burned near his home in the fall of 2020 and Michler said it burned about half the mountain the home is on, including 11 homes. He said he and his family evacuated the home for 18 days and the fire crept right up to the edge of the property.

His home was spared. Constant wind changes for that fire and others made it impossible to see which homes would burn, but he knew his certified Passive House had some more protection. He pointed out small-but-impactful options like putting a cement slab between a wooden deck and the home.

Michler also said the physical design of the home makes a difference as well. His home has very few nooks and crannies, leaving fewer places for hot gasses to build up or embers to get into. Michler likens it to trying to set a full log on fire.

“You don’t usually just throw logs on, then put a match to it. It’s much more difficult to burn a log than it is when you start a fire with many small sticks of course, then you put a log in later. Fire resilience is the same as buildings where we try to reduce those small points of where a fire can get into a building,” Michler explained.

That sort of fire resilience is an attractive quality for some of the more than 1,000 families who lost their homes on December 30, 2021 to the Marshall Fire. And Michler is working with several families to design to Passive House standards in the same neighborhood, which would only add to the fire protection.

Specifically, Michler is working with a group of families who lost their homes in the Sagamore neighborhood of Superior, one of the most devastated neighborhoods in the Marshall Fire. The idea is to order the materials in bulk to lower the costs, given that not as many places build the sort of materials needed to meet Passive House standards.

Doing the math right now, a head might spin over the thought of special panels, siding, windows and designs adding up to an unachievable amount to build one of these types of homes. For Michler, he said building to Passive House standards doesn’t necessarily cost more.

“They take more technical skill. Once everybody is on the same page and we created methodologies and repeatable methodologies, it becomes quite natural to build this way,” said Michler adding that if the cost is slightly higher, homeowners often eclipse the extra cost in a mortgage with the savings in energy.  Michler also designed a duplex in Colorado Springs that — as the city’s first certified Passive House — will use 80% less energy than the city’s building code requires.

[Related: A Colorado Springs house built for you and 'the environments that surround you']

Michler also explained that in just the last 10 years, the advancements and availability of high-performing materials make building this type of home more moderate. On top of that, there are other advantages in cost, like not having to install gas lines. Overall, Michler sees people’s relationships with their homes having changed recently, especially within the last couple of years, as many of us were stuck within the confines of home during the pandemic.

“People's relationship with what home is has significantly evolved. I see people not giving me, like, photographs of a magazine, but describing how they want to live in a place rather than what they want in the home,” said Michler.

For Coloradans who are looking to start a new home, whether they be the survivors of the Marshall Fire or not, Michler hopes we look beyond what is right in front of us.

“We need to build forward and think about what it means to live in a home a decade from now or the people after you … in 20, 30, 40 years,” said Michler. 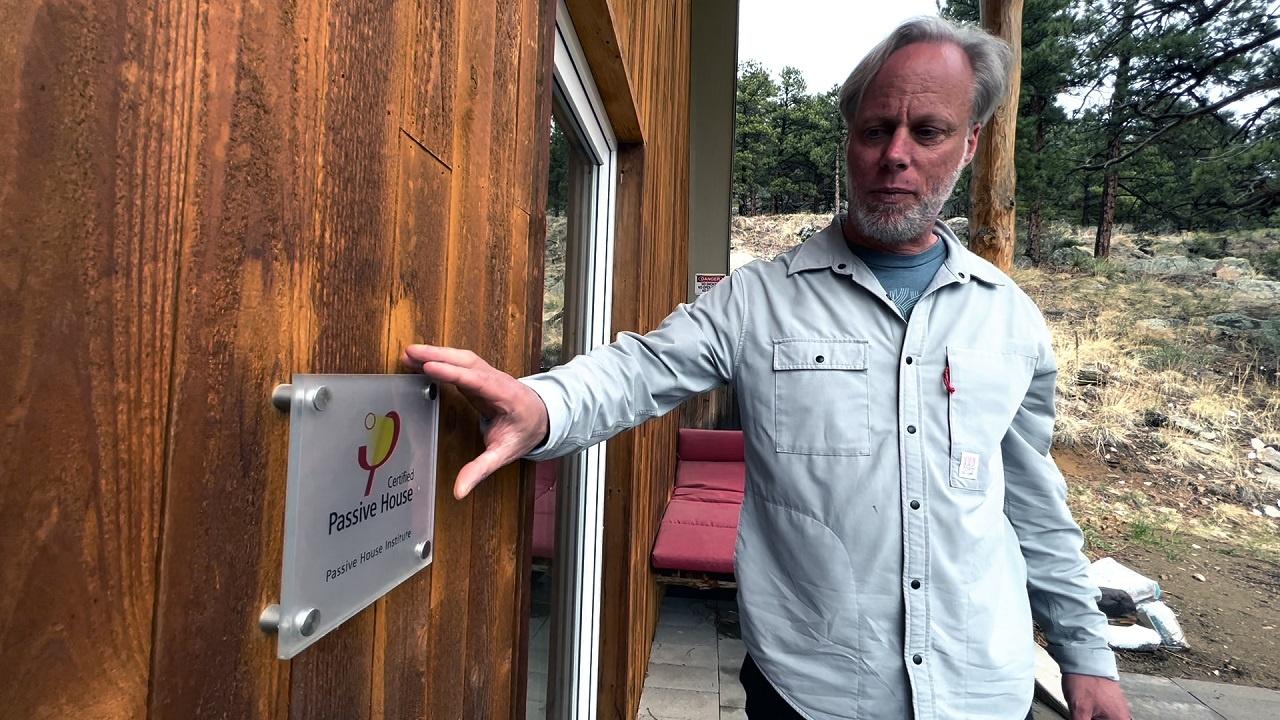 1 / 6
Share This Gallery
Plaque designates this building as certified to Passive House standards. 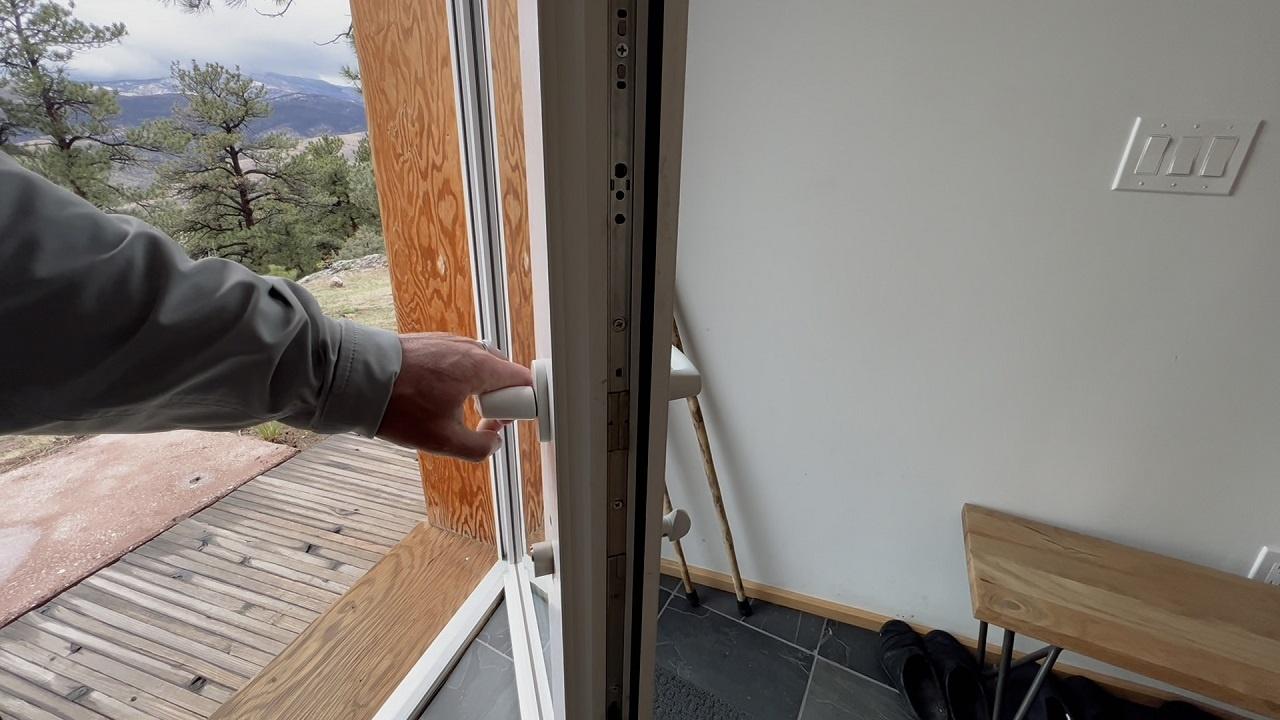 2 / 6
Share This Gallery
The exterior doors of Michler’s first Passive House include closing mechanisms that create an airtight seal. 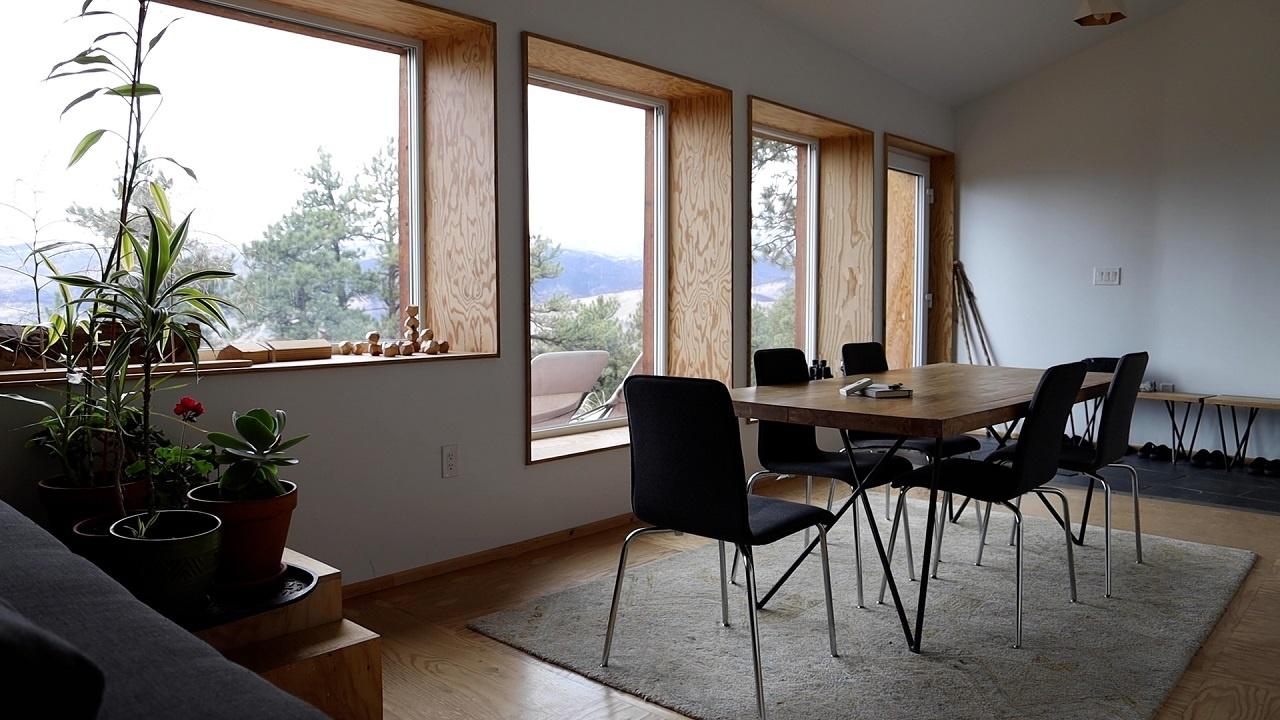 3 / 6
Share This Gallery
Open and accessible is how Michler describes the simplified design of Colorado’s first certified Passive House. 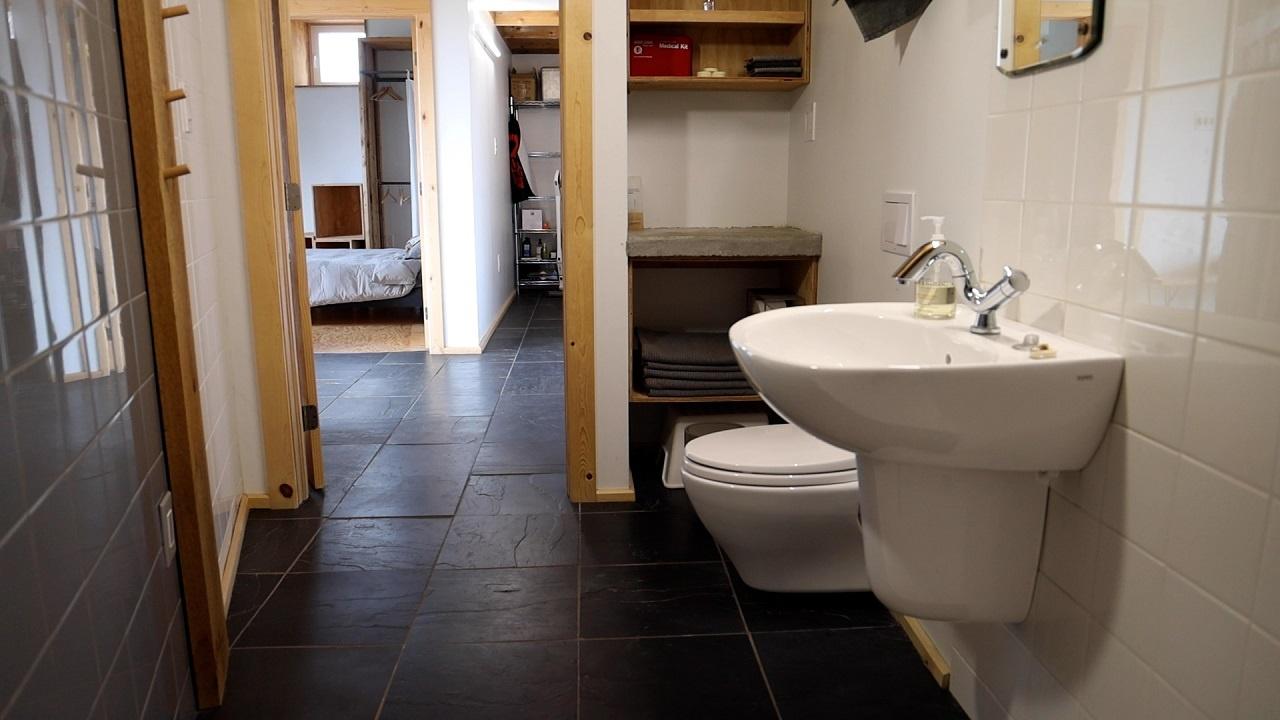 4 / 6
Share This Gallery
The roof of Michler’s first Passive House project collects rainwater for drinking and uses a traditional septic system for wastewater. 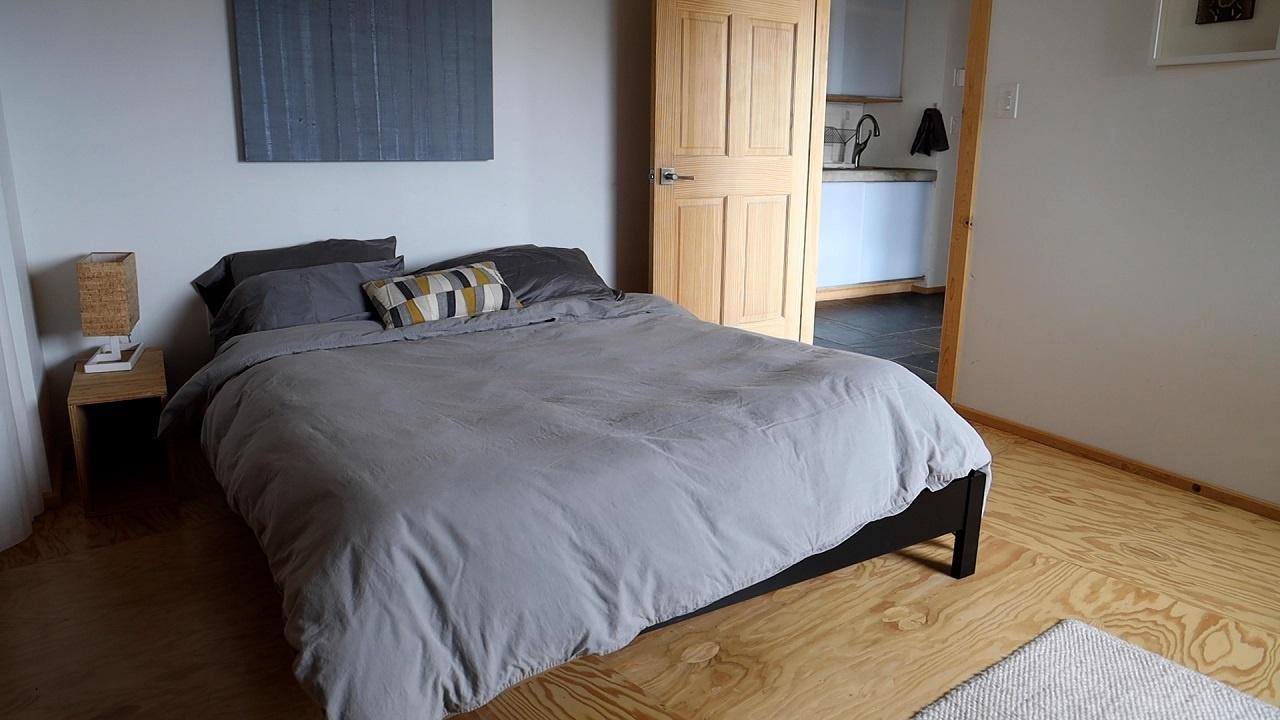 5 / 6
Share This Gallery
Colorado’s first certified Passive House has roughly 1,300 square-feet of living space, including one large bedroom on the first floor. 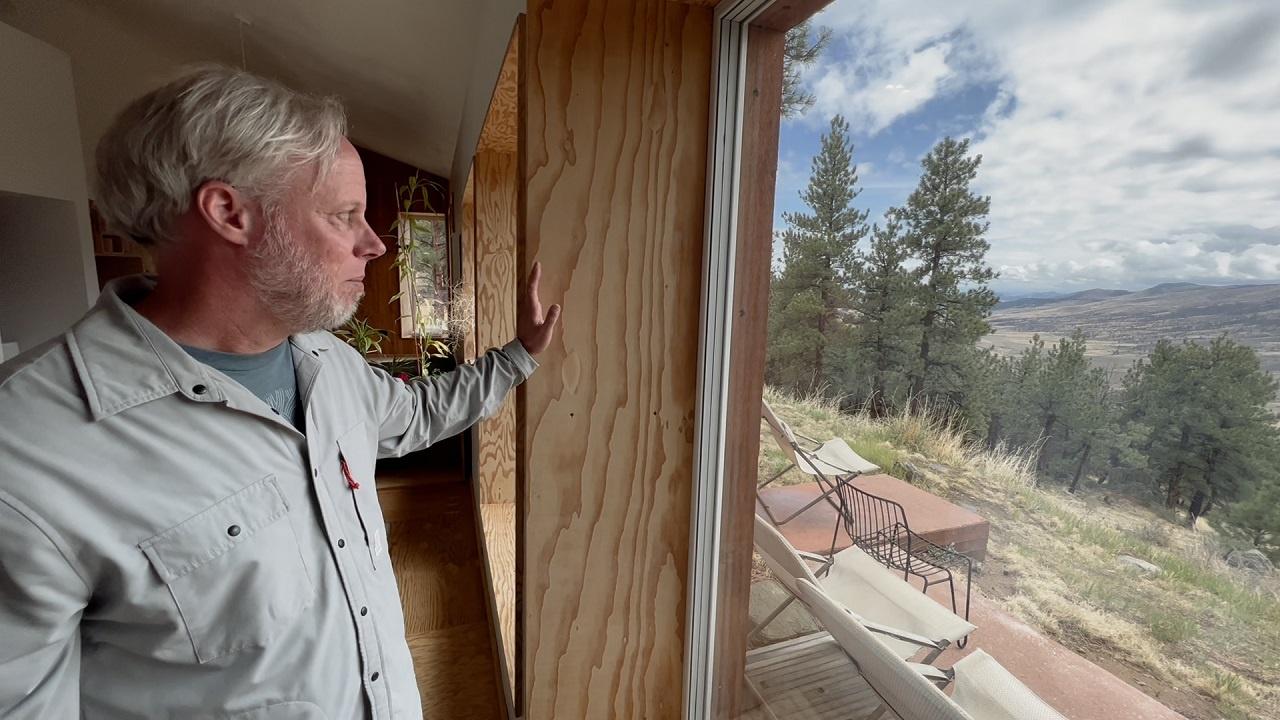 This story is part of a series featuring voices around the state discussing building to Passive House standards including those affected by the Marshall Fire last December.

You can see their stories featured in Colorado Voices: Building Back Better after the Marshall Fire. Watch the episode below.

Find out about the episode here
Colorado Voices | More Stories