Meet Ladycat De’Ore, a lifelong activist in the LGBTQ+ community

Sternbeck, a.k.a. Ladycat De'Ore, is a force to be reckoned with. In June of this year, Sternbeck received YouthSeen's Asante Award at Black Pride Colorado’s annual gala. The award is presented to those who have displayed diligence in creating safe spaces and empowering the Queer community.

[Related: For the second year in a row, Coloradans gather to celebrate Black Pride]

Sternbeck, 44, is originally from Brooklyn, New York and has been fighting for LGBTQ+ rights for more than 20 years. After she received the Asante award, Sternbeck, a Caribbean Black woman who proudly identifies as pansexual, met with Rocky Mountain PBS to discuss her decades of activism and advocacy in the LGBTQ+ community.

The Asanate award is just one of Sternbeck’s many accolades and achievements: She has worked for The Center on Colfax's Rainbow Alley as an Angel, which entails mentoring LGBTQ+ youth. She is also involved with Imperial Court of the Rocky Mountain Empire (ICRME) and One Colorado. Basically, Sternbeck said, she tries to help wherever she is needed.

Vette Sternbeck, aka Ladycat De’Ore, has been fighting for LGBTQ+ rights for decades.

Sternbeck said that she has been part of what she calls "the fight" for her entire life. She recalls fighting against the “Don't Ask, Don't Tell” policy, which was implemented in the early 90s, and she is also passionate about transgender rights. So passionate, in fact, that she said she is "willing to take a bottle" to protect people.

Sternbeck’s quote is in reference to a dark memory from a time when she was performing in drag. She told Rocky Mountain PBS about the assaults she has faced as a performer: that someone once threw a bottle at her face; she says she has been picked up and thrown in trash cans, and has been called racial slurs because people did not like seeing a Black woman performing drag.

Gabbie But'zin, a gay man who performs drag and a friend of Sternbeck, can attest to the scrutiny Sternbeck has endured during her performances.

"Even in those struggles, even in those moments where she's not sure, she still goes out, and she still does 110 percent," Gabbie said. "She never slacks off, and I mean to me, that is the most impressive thing. If you can stand up to your adversity, and you can stand up to your struggle, and you're still positive doing it — that's the battle, isn't it? That is showing people what you are and who you are."

Throughout her interview with Rocky Mountain PBS, Sternbeck frequently brought up statistics about how the transgender community is, as she said, "under attack," especially Black transgender women. Because of this, she and fellow friends and drag performers Theariale Felony Misdemeanor, Miss Zarah and John é Roberts JUICCY, all work together to create safe spaces for transgender people in Colorado.

"We want to make sure that we can keep the Black people alive as long as possible because they've been the biggest target for the longest time, especially black trans women. They murder those women so much more, and it's terrifying to think that one day your friend might be here and the next day they're not, so you have to hold that space for them, and you have to make sure that they're safe at all cost. I'm more than willing to take a bottle to make sure that someone else is safe."

[Related: Record number of bills look to restrict trans rights in the U.S.]

To clarify, Ladycat De'Ore is Sternbeck's stage name, but also a name she uses to preserve herself. As her partner, Chance Purcell, explained, “‘Ladycat’ is a persona, that is her activism portion because she has to keep herself inside to stay sane."

Purcell is a transgender man and said that if it weren't for Ladycat De'Ore, he wouldn’t have been able to start his transition.

"There came a time where I was very mixed in, who I was and my name and everything," Purcell said. "Chance was once my drag name because it wasn't my ‘name-name’ that I used, and then that felt like it was more like home, but that was because I had people like Ladycat who was like, 'Be who you are; if this feels like you, figure out how you can cover that and be the artist who you are.' She's never denied me of being myself."

Out of all the mentoring, counseling, advocating and activism Sternbeck has done in the world, she recently decided to do something powerful for herself: She cut her hair off.

"In this last year, one of my big things was I was very afraid, because I would always have my hair braided underneath my wigs … but my partner actually convinced me to go [ahead] and to chop my hair off. So as far as being OK with being me for a long time, I was like, ‘I have to live underneath these wigs because I have to keep my hair braided.’"

Sternbeck cut her hair off as an act of self-love, she explained.

"After many years, I realize I don't have to perfect. I'm going to make mistakes, and I'm going to falter," Sternbeck said. "Being Ladycat was a beautiful way of hiding the imperfections of who I am as Vette, because you know I'm just human, but I am very confident, and I believe in myself, and I have a lot of family and friends that believe in me." 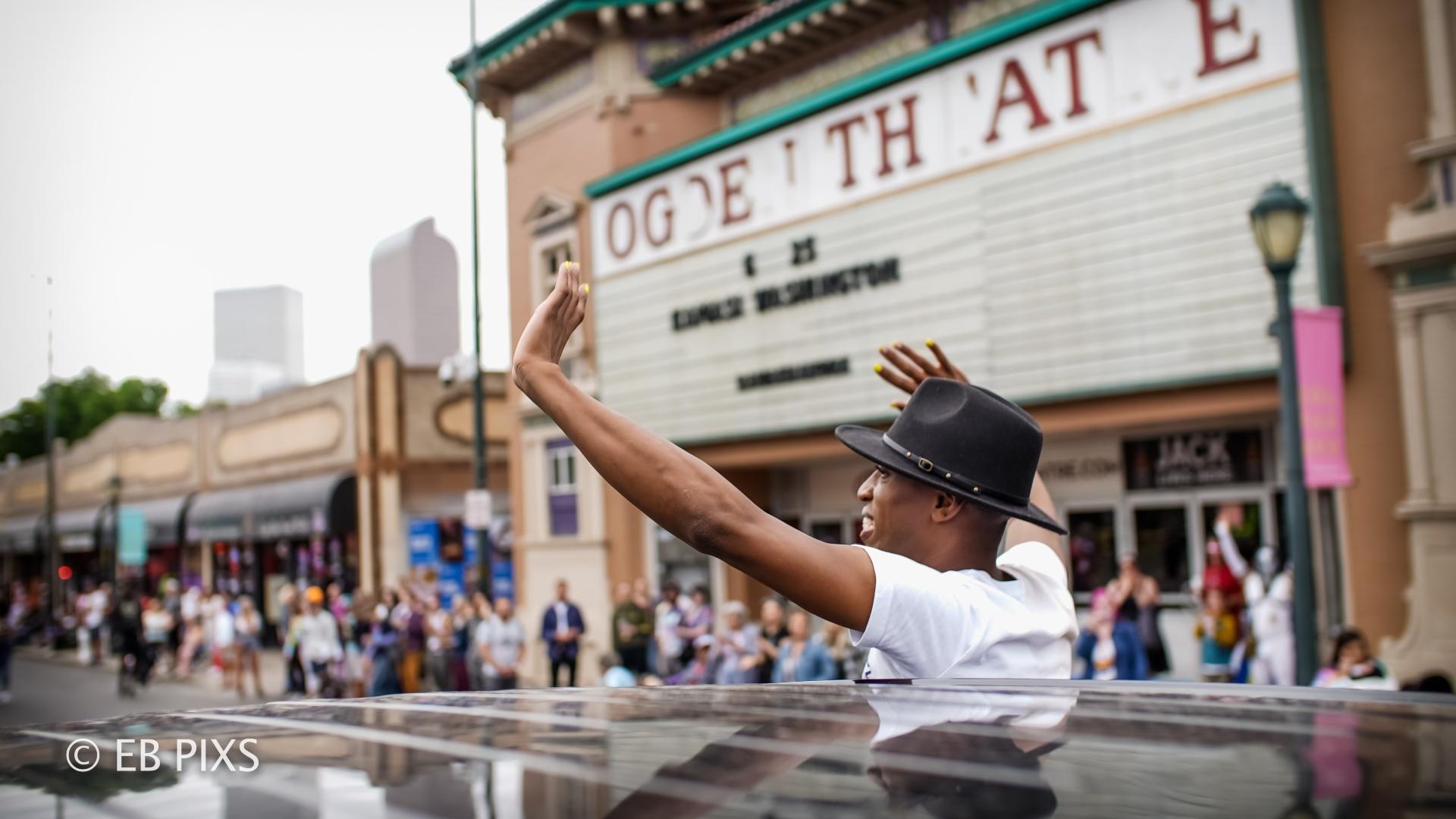 For the second year in a row, Coloradans gather to celebrate Black Pride