How has Dr. King impacted your life?

DENVER — To Stewart Tucker Lundy, America is like “the uncle that does things you’re not so proud of every so often.”

It’s not difficult to understand why Lundy, a Black producer and actor who has served on many task forces and commissions in the City and County of Denver, feels this way. Between the COVID-19 pandemic, the attempted insurrection in the U.S. Capitol building, and a summer of historic civil unrest, tensions are high in many parts of the country.

So when Denver’s Clyfford Still Museum reached out to Lundy to see if he wanted to do an “Instagram takeover” for Martin Luther King Jr. Day, he quickly accepted and decided that he wanted to hear from members of the community in their own words.

“I just wanted to pay tribute to a King,” Lundy explained. “I wanted to start a conversation where I ask a question, you answer it, I sit and listen.”

Lundy reached out to a wide range of his friends to ask them to record a video about what Dr. King means to them. In the end, he received about 30 different video testimonies.

In one video, a young girl says we celebrate Martin Luther King Jr. Day because “he let brown people do the same thing as white people.”

“Isn’t that silly that that wasn't allowed?,” said Kathie J, who submitted the video.

Another girl in the video, while climbing on a swing set, says “now there’s two brown girls and two white girls playing together, so his dream did come true.”

That interaction almost made Lundy cry. “This is what matters to her,” he explained. “Playing. Just playing with my friends.”

Pastor Al Gee from World Overcomers Christian Church also submitted a video. In the six minute clip, Gee reflected on how ingrained racism is in American, dating back to its founding, and described how it felt to be a teenager hearing the call for nonviolence from Dr. King.

“I didn’t want to hear about nonviolence,” he recalled. “I wanted to throw off the yoke of the oppressor. I was ready to lean more toward taking up some arms and getting this thing taken care of by any means necessary.”

But over time, King’s message of nonviolence began to stick.

Gee was in high school when King was assassinated. It was difficult for him to reconcile that a man who preached nonviolence was taken from this world in such a violent way. Gee said that King’s influence on him is akin to that of Jesus Christ, “who suffered for other people, and then died,” Gee explained.

Rising above the impulse for “retribution” in response to racism and violence is still a challenge to this day, Gee said. “We know it is not the easiest way,” he said of nonviolence, “but we know that it is the best way.”

All of the videos that Lundy posted are in black and white. That was intentional.

Lundy was pleasantly surprised by some of the submissions, like the video from communications consultant Lisa Stites.

“I’ve never really seen her like that before,” Lundy said of Stites. “I was like, ‘Oh my God.’ I could feel that frustration.”

Lundy said the project and the videos made him feel more American than he has in his whole life. “I am so proud of Black Americans and African Americans as a Black man that we had a hand in building this country. And I will be damned if I let some ignorant folks destroy it.”

“Going forward,” Lundy continued, “I just hope that people look at themselves in the mirror and look at their children if they have them, and think to themselves, ‘What is their life going to be ten years from now?’” 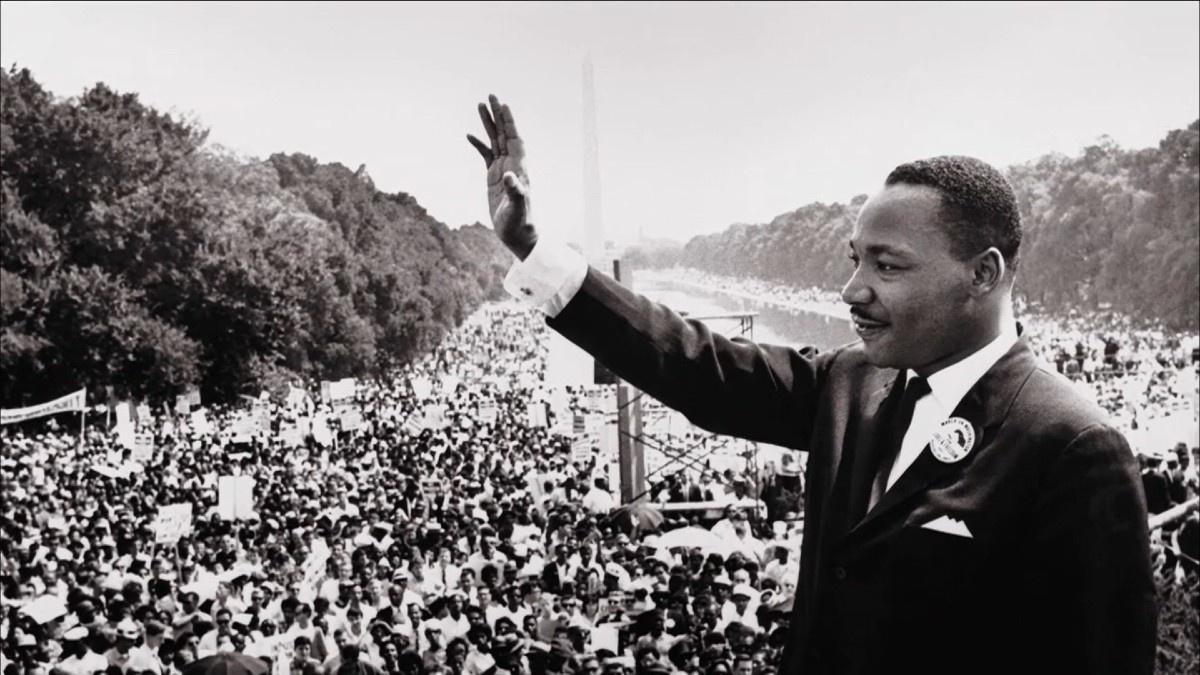 ‘My Dad heard the call to action’

Gwen Ifill on her father and Martin Luther King