Houses and Ballroom Culture: More than just ‘Glitz and Glam’ for LGBTQ+ and BIPOC communities

[Related: In the Kiki Ballroom Scene, Queer Kids of Color Can Be Themselves]

The purpose of the Black Fantasy Ball was to bring people together from the LGBTQ+ and BIPOC community so they may heal, learn and relax, all while having fun in a safe environment where they can freely express their true selves. The second purpose of the event was for local houses to unite with other houses from different states.

History of House and Ballroom culture

Extravagant masquerades, galas, drag competitions and balls date as far back as 1860. In the 1920’s the Hamilton Lodge in Harlem, New York City became a popular location for the LGBTQ+ community. The lodge became the birthplace for the ballroom scene.

In the 1960s and 70s, the world of beauty pageants, fashion and modeling was not as inclusive to Black women, let alone Black trans-women, as it is today. Crystal LaBeija, a proud Black trans-woman who made a name for herself in New York City's drag circuit, evolved the ballroom scene in New York City. Crystal was known for her poise and grace and the iconic moment when she walked off stage and rebelled as she was announced as the third runner-up at the 1967 Miss All America Camp Beauty Contest. She was tired of being overlooked because she didn't fit the "European" standard of beauty. In that moment, the first house was born: House of LaBeija.

Throughout history and at the Black Fantasy Ball, house participants engage in a ballroom catwalk and compete on stage for prizes and money. There are several categories and subcategories for walking and performances, such as Realness, Butch Queens, and Bizzare-Bizzare. More recently, a non-binary category was introduced.

Dr. Tara Jae, one of the co-founders for Black Pride Colorado, shared that the Denver House is the first to introduce a non-binary category.

While the performances offered a chance for Queer, transgender and BIPOC people to feel seen, they also gave participants the opportunity to showcase their skills. For example, the “hands” category only permits participants to use their hands to tell a story, all while sitting in a chair.

House and ballroom culture, jargon, and style is seen in many spaces in popular culture, but oftentimes ballroom culture doesn’t receive the credit it deserves. For example, "voguing"—a type of performance ballroom culture invented in which participants are judged by their ability to imitate runway model poses—became known in the mainstream after Madonna's hit song “Vogue.”

You can learn more about houses and ball culture here.

The Purpose of House names

Another important factor about house culture is the naming of the house. Houses get their names from fashion brands, like as House of Balenciaga, House of Armani and House of Gucci.

Moon Glasgow Brown is a National Ballroom Leader and a co-host of the Black Fantasy Ball. She identifies as Queer and non-binary, shared that houses are typically named after known designers. This can be seen as an act of rebellion.

"House names come from fashion designers. It was unheard of to have Black women or Black Trans Women walking down a Chanel fashion show. Because of this, we named our houses after these designer names because we were claiming it. We are claiming the runway," Brown said. "I've seen talent you wouldn't believe. I know ballroom participants that walk as good if not better than professional runway models."

Cici, also a National Ballroom Leader who identifies as Queer and non-binary, also helped host the Black Fantasy Ball. They said, “Black people in general have always had to create spaces that we were not included in. Ballroom is no different.”

Cici continued: “Ballroom communities create space wherever they are because we are used to having to do that. You can look back at the history of Black people enjoying music, educating themselves, and celebrating themselves underground. Sometimes Queer folks must celebrate in spaces that are underground and unseen still till this day, just because we are Black and Queer.”

Brown shares that houses are not all just about “glitz and glam;” houses are used to support civil rights and teach leadership skills, all at the same time as standing up in the face of adversity that LGBTQ+ and BIPOC people face. For example, Brown, along with Cici, is the co-founder of the Zekes Freedom Foundation, which focuses on creating spaces of joy, uplifting marginalized communities, and advocating for Black Queer and transgender individuals.

"In the ballroom, there [are] so many of us that are doing work within the community, so it's not just like we're walking the balls," Moon said. "We are running organizations, we are starting campaigns, we are creating spaces for Queer people, and we are housing young people. We are creating families!"

The iconic House of LaBeija, to use a historic example, was the first ballroom to host benefits to raise awareness during the 1980s HIV/AIDS epidemic.

Through research, many LGBTQ+ BIPOC participants expressed that they could not openly express their sexuality within their biological families. Because of this, they joined houses. Moreover, many LGBTQ+ youth are forced out of their homes or decide to leave because of non-supportive or toxic families who don't accept their sexuality. Many LGBTQ+ people join these houses to have a place to live and be their authentic selves.

How hierarchy works in houses is they are often led by founding "Houseparents," called Mothers and Fathers. But as Cici states, not all houses are the same, just like any other traditional family.

"There's a lot of houses that have fathers, or just mothers, grandparents, or godparents. House families look like any other family on paper, but if you were to see it visually, it would blow your mind because we bend gender so much and so often, even as a community," said Cici.

The Black Fantasy Ball on Saturday was an all-day event, which included a brunch and workshops hosted by speaker Michael Angelo Roberson.

The workshops, held at the Rocky Mountain PBS studios, centered on healing and educational information about ballroom culture.

Roberson identifies as a proud gay Black man and refers to himself as a Public Theologian. Robertson wears many hats. He has worked in public health for 28 years, is a cultural consultant for Pose, as well as an activist and leader within the LGBTQ community. Roberson created The Federation of Ballroom Houses, co-created the National Black Gay Men’s Advocacy Group and the nationally diffused CDC behavioral change HIV prevention intervention “Many Men, Many Voices.”

“I have a saying that 'Ballroom has something to say,' to teach the world over for what it means to be human, the struggle for freedom, in the face of catastrophe,” said Roberson. 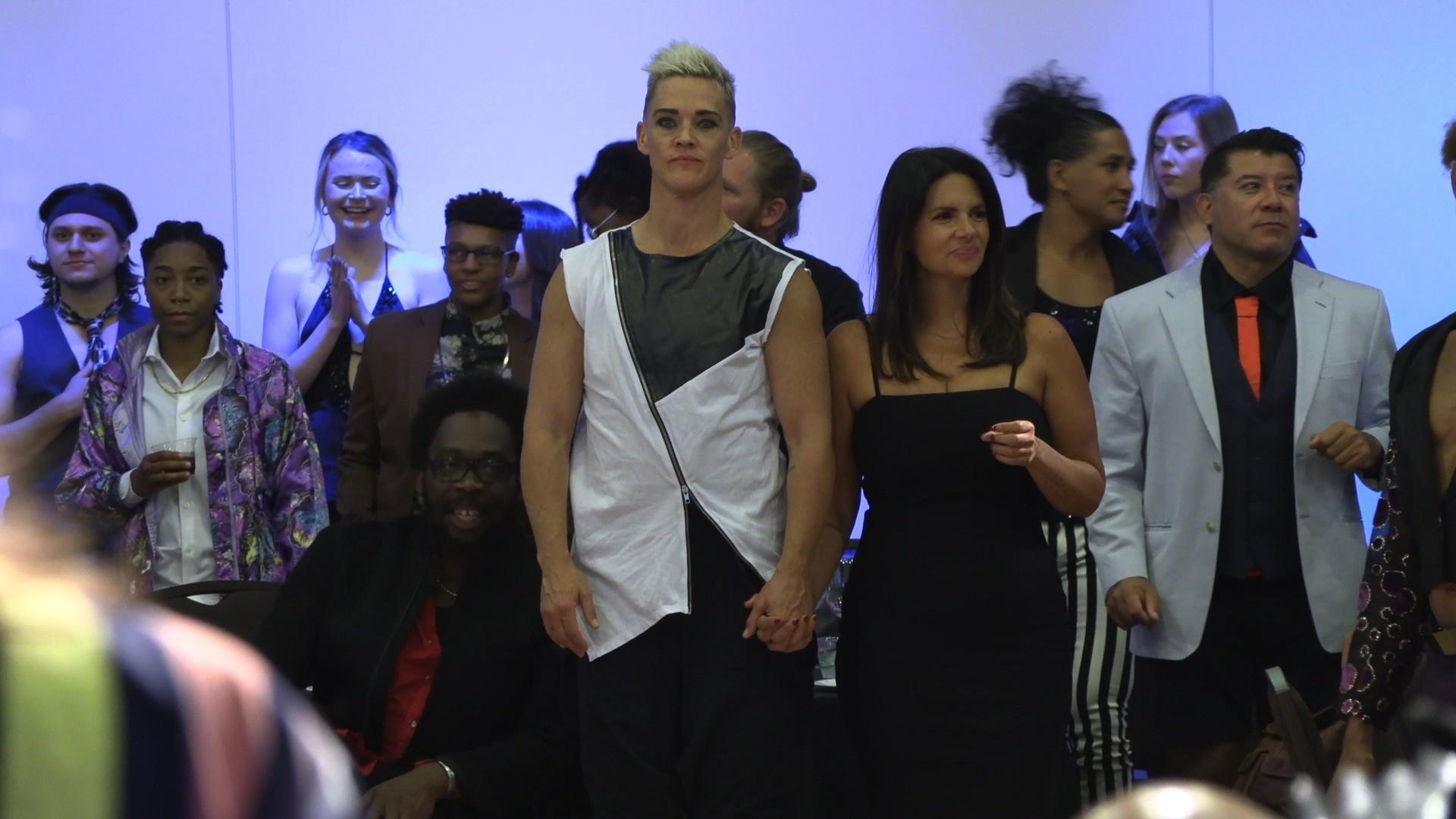 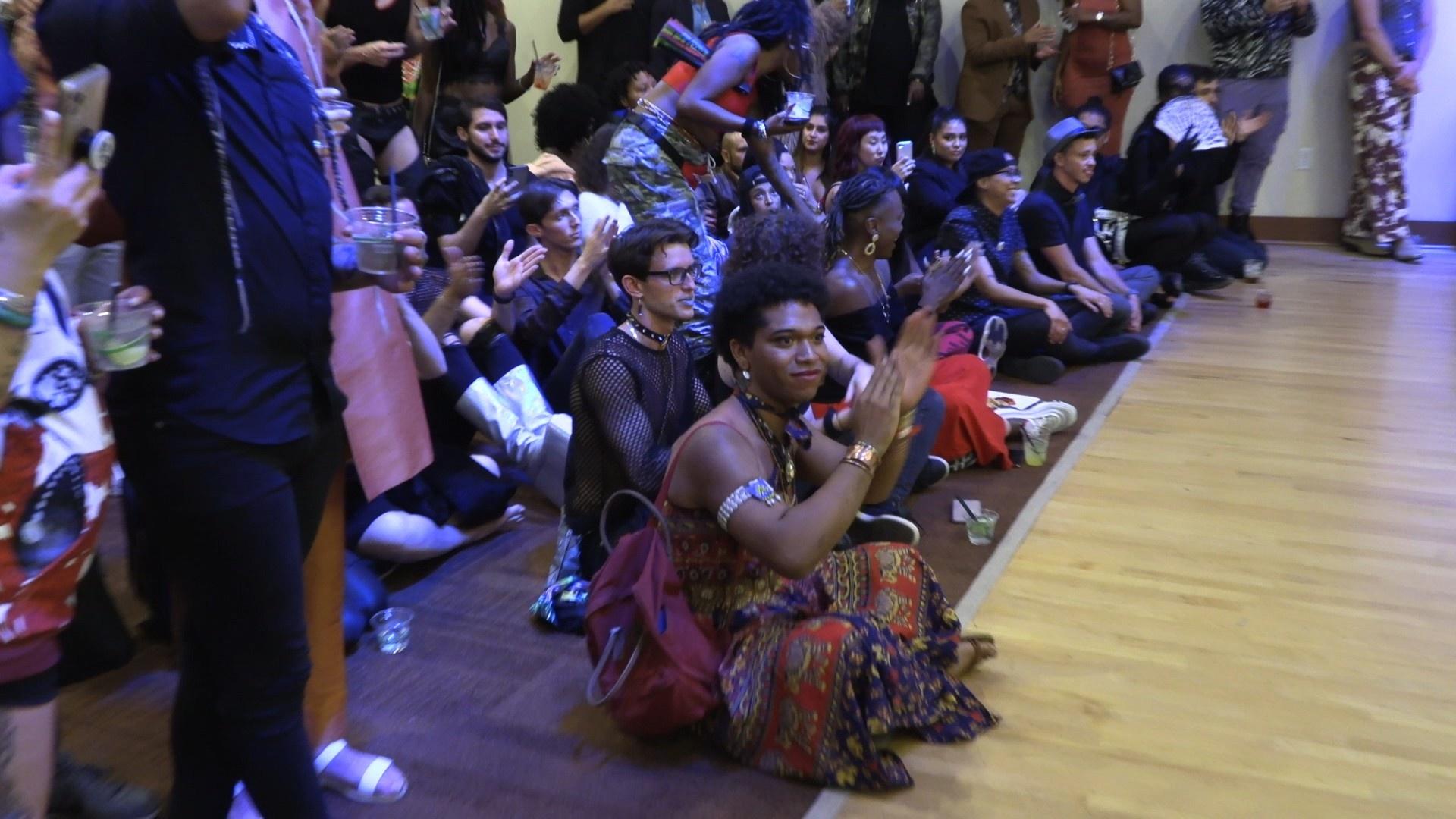 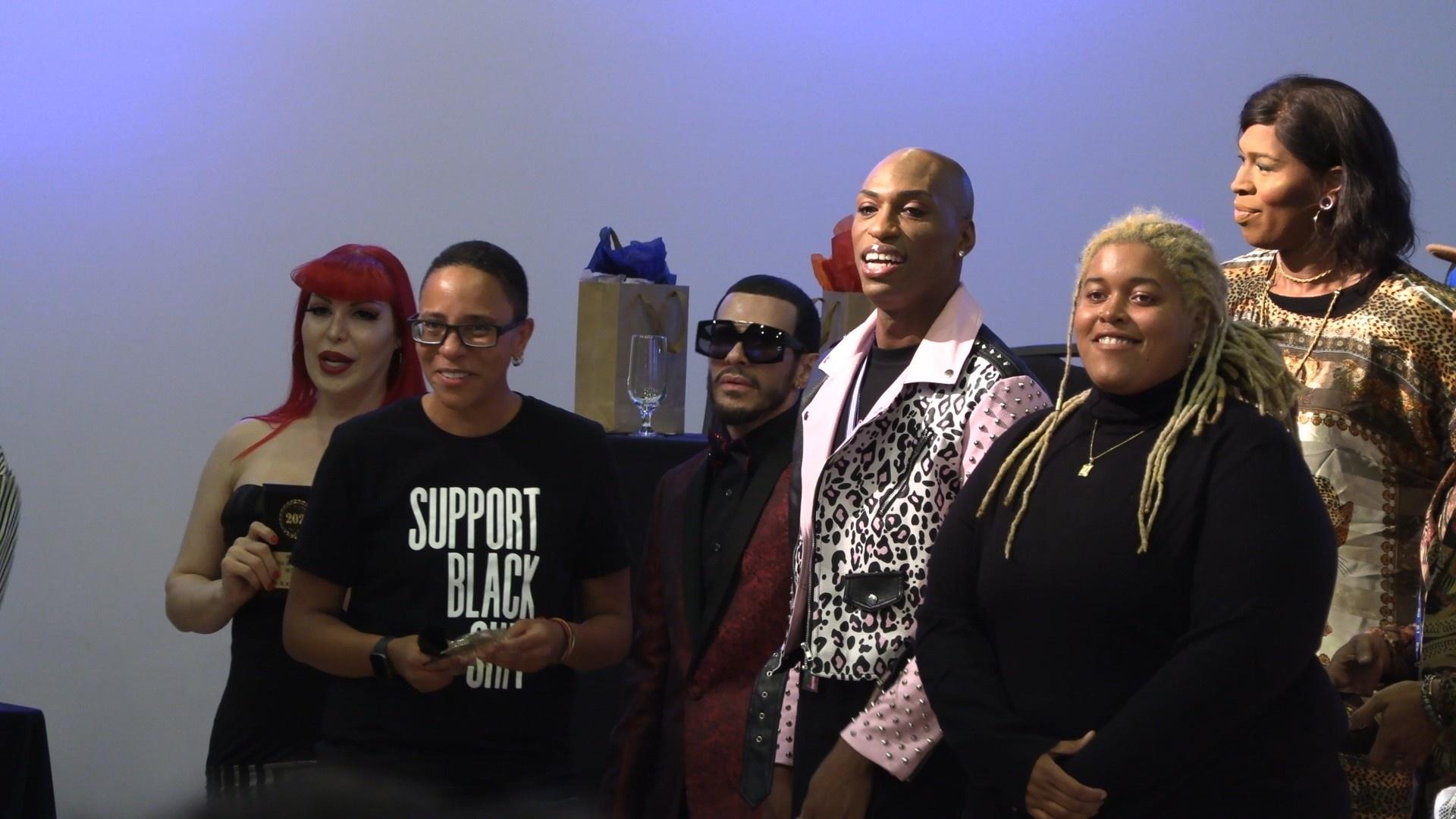 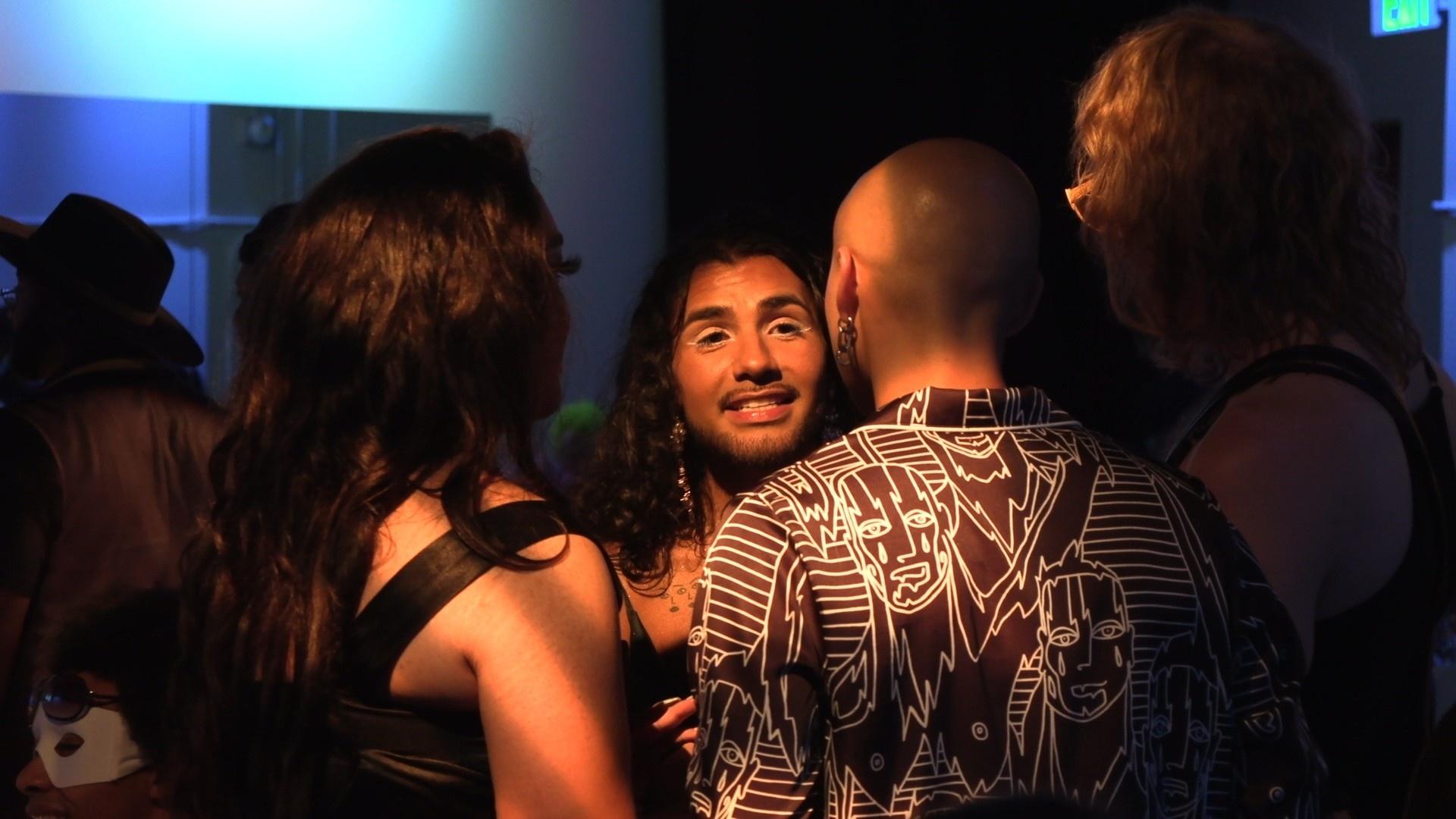 The Black Fantasy Ball was put on by YouthSeen, Black Pride Colorado, and Rocky Mountain PBS.

Black Pride Colorado is a sponsored program through YouthSeen that celebrates, liberates, and engages the Black LGBTQIA+ community.

To honor the 30th anniversary of "Paris is Burning," the seminal documentary about the New York drag ball scene, Works & Process commissions "New York is Burning," produced by Omari Wiles, a legend within the ballroom community. With the premiere postponed due to the pandemic, Wiles and his company Les Ballet Afrik head to the Hudson Valley for bubble residencies to finish the work. Watch more stories here: https://to.pbs.org/3aRnW47