30 hikers who are visually impaired focus on what's possible

ESTES PARK, Colo. — On the trail there’s a common thread among these hikers who have lost some or all their vision: We can do a lot more than people might think.

“Both my parents had disabilities and I just never thought of myself as really having one,” said hiker Cynde Vaughn, who has vision and hearing loss due to Stickler Syndrome, a degenerative connective tissue disorder. “I usually thought of myself as having to convince other people that I could do whatever it was that was needed, but I just needed to find a different way. There are many ways to reach the same place.”

“The advice I usually give people is just think of me like a normal person, because I am a normal person,” said hiker Evan Starnes, who was born with very limited vision due to Leber Congenital Amaurosis, an eye disorder that primarily affects the retina. “Don’t think of my blindness. I mean, of course yes, acknowledge it. But just treat me like you would treat everybody else.”

Starnes and Vaughn were among some 30 blind and visually-impaired people hiking as a team with Audio Information Network of Colorado on August 28th. Their team — the AINC Audio Trekkers — was one of many teams on the annual No Barriers USA fundraising hike, What’s Your Everest.

Colorado athlete Erik Weihenmayer, the first blind person to summit Mount Everest, founded No Barriers USA. He challenges others with disabilities to get outdoors.

So does Penn Street, a friend of Weihenmayer’s and the development and outreach director at Audio Information Network of Colorado,  a nonprofit that has provided free access to audio recordings of newspapers, magazines and more for print-impaired individuals for about 30 years.

“I love the outdoors, and I love hiking. And there’s this huge gap with people with disabilities being able to hike,” said Street, who is totally blind in her right eye and mostly blind in her left. “The biggest barrier is financial. It’s hard to get up here unless you have a driver. So, if you don’t have a driver, you have to Uber or Lyft or something like that. And then just the accessibility part — like, ‘What trail do I take?’ ‘What do I even take on the trail?’ ‘How long is it?’ ‘How hard is it?’ That kind of thing. I wanted to take away those barriers and just create an amazing hike.”

Street lost her vision when she was 9 years old when a rattlesnake bit her twice. Antivenom saved her life, but she started having a seizure. More medications triggered Steven-Johnson Syndrome, a rare disorder that attacks soft tissue, inside and out.

“My biggest, biggest fear was being pushed against the sidelines,” Street said. “I played baseball. I was in gymnastics. I was this super active kid. But then all of a sudden, I was this really fragile, you know, piece of broken glass and people treated me that way. That was harder for me than the actual pain of the SJS is being treated differently.”

Ellie White also lost most of her vision at a young age. She hiked with her mother, Beth, a genetic research scientist at The University of Colorado Denver who has made it her mission to find a cure for Wolfram Syndrome, a rare genetic disorder that causes blindness, hearing loss and eventually respiratory failure. Ellie was diagnosed with Wolfram Syndrome when she was 7 years old. At the time, she was the only known case in Colorado. Ellie is now a college student.

“It’s a terminal disorder with a life expectancy of 30 to 40 years old,” Ellie said during an interview with Rocky Mountain PBS at Bible Point. “So, you just got to do what you can while you still can do it.”

Ellie and her mother started the Ellie White Foundation to raise awareness and money for research of rare genetic disorders.

“I got to raise awareness so, you know, medical centers can diagnose people properly,” Ellie said. “And I’m raising money to try to help find a cure and help fund research. And, you know, I’m not going down without a fight.”

Other hikers became visually impaired much later in life and used this event as both an opportunity to do something they used to do and a way to socialize.

“When you’re at home alone, you’re home alone,” said Dean Lewis, who lost most of his vision later in life due to Neuromyelitis Optica, a rare immune system disorder that damages the spinal cord and the nerves of the eyes. “I like getting out and being with people and it’s easier with people who are like you than people who have no idea what to say to you.”

Derek Selbo, 65, of Winter Park, Florida traveled to Estes Park for this hike and to spend time with his daughter who lives in Colorado. She helped guide him up to Bible Point while describing views along the way. Despite losing his sight just three years ago, Selbo said people who know him are aware he is not expecting sympathy.

“I don’t want anything special done for me,” Selbo said. “People have come to realize that I’m very independent and very capable of leading my own life.”

“If you make something accessible and you give people the chance to do it, they can do it,” Street said. “Their disability disappears. The only thing that makes somebody disabled is if they don’t have access.”

Street encourages people with disabilities to venture beyond their comfort zones and into the outdoors.

“If you take somebody who feels like they have a barrier no matter what it is, and you can get them in the outdoors to climb a mountain or raft a river, then all those normal things around you like going back to school or getting a job or even just going to the mailbox — it doesn’t seem as hard,” Street said. “Because if you can summit a mountain, you can make it to your mailbox. You can go get groceries on your own or whatever that obstacle is.”

Meet a few of the Audio Trekkers 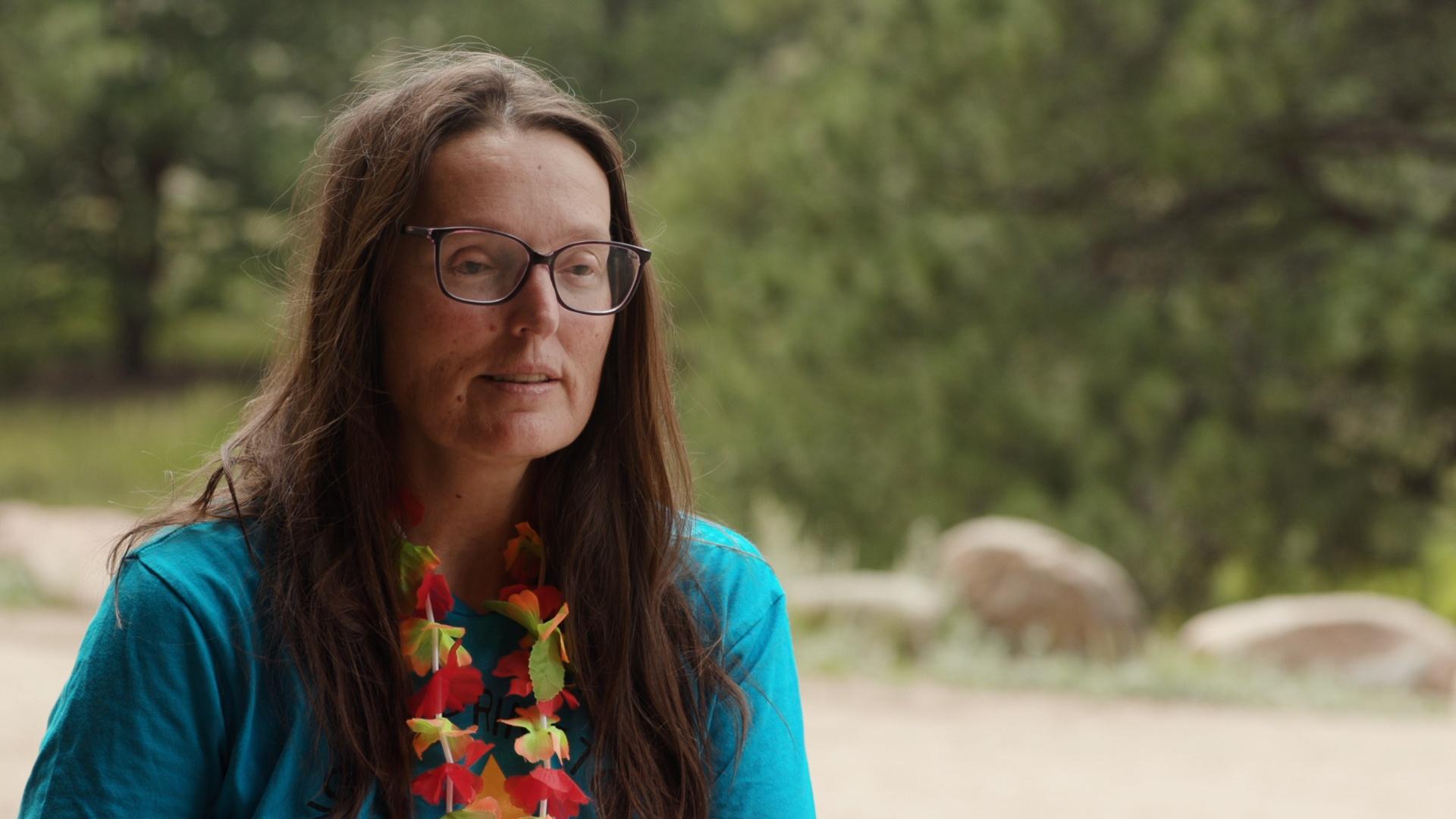 1 / 5
Share This Gallery
Penn Street, Development and Outreach Director at Audio Information Network of Colorado, lost most of her vision due to Stevens-Johnson Syndrome, a rare disorder that attacks soft tissue. 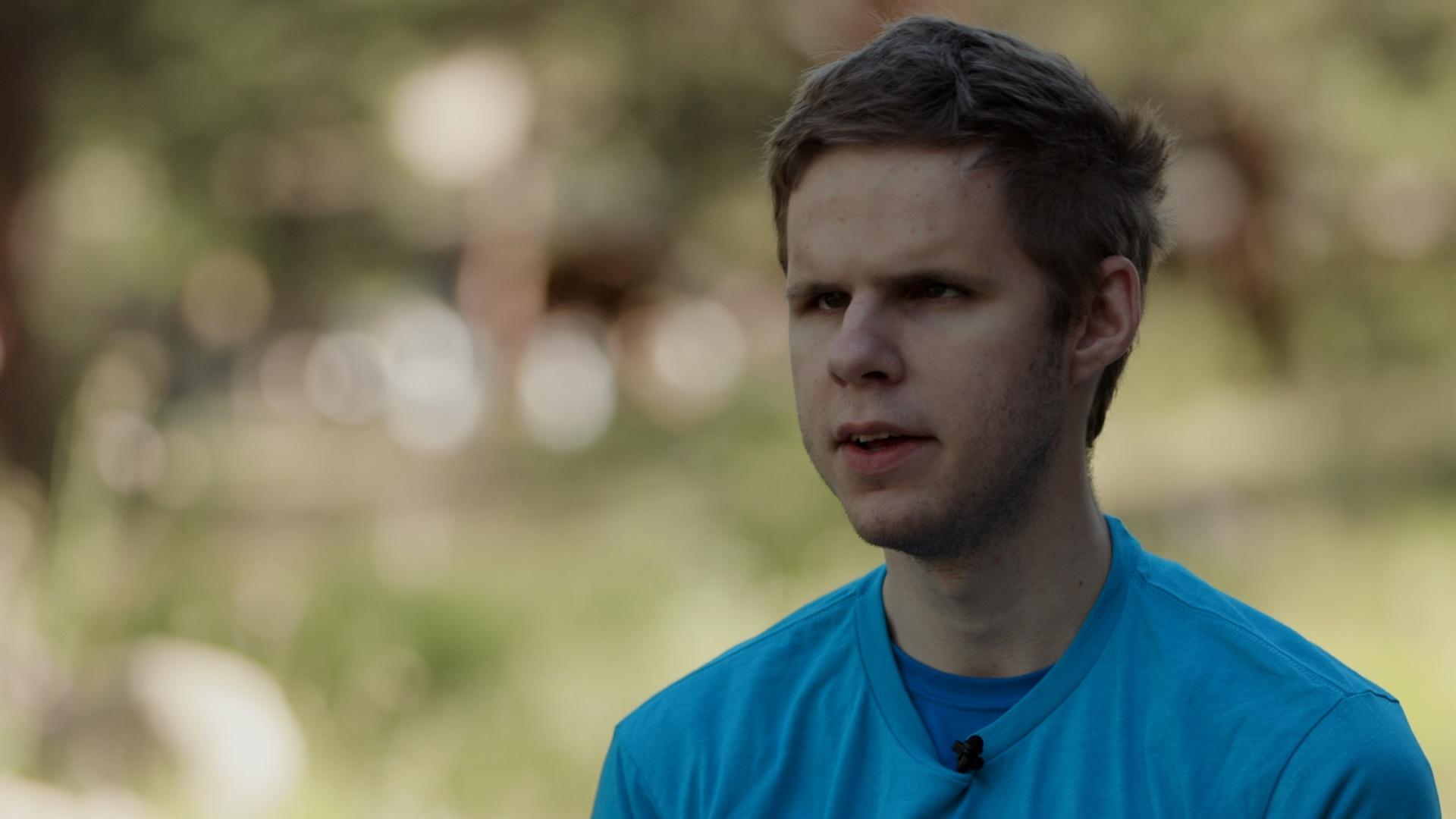 2 / 5
Share This Gallery
Evan Starnes, 20, was born with very limited vision due to Leber Congenital Amaurosis, an eye disorder that primarily affects the retina. 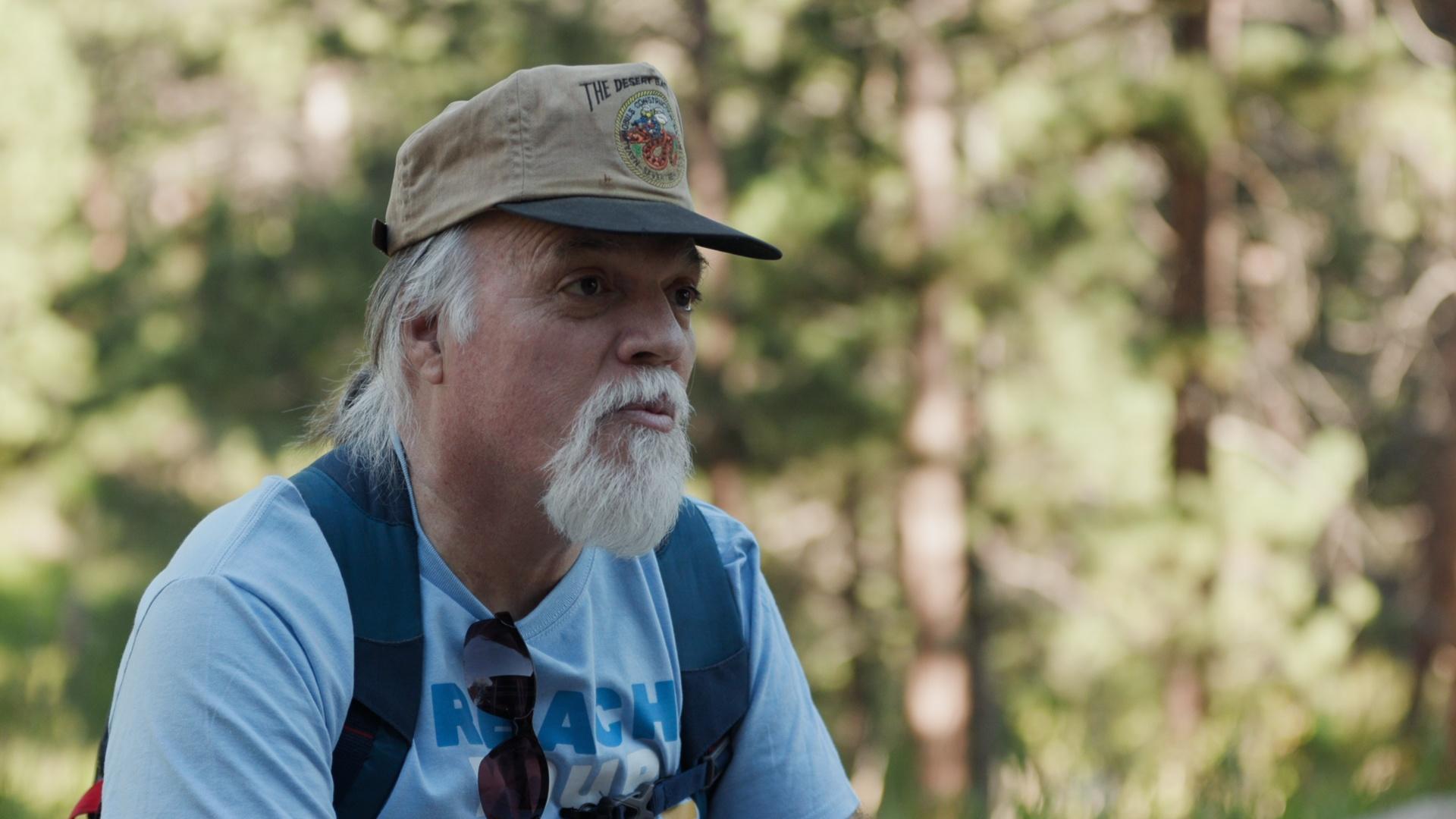 3 / 5
Share This Gallery
Dean Lewis lost most of his vision later in life due to Neuromyelitis Optica, a rare immune system disorder that damages the spinal cord and the nerves of the eyes. 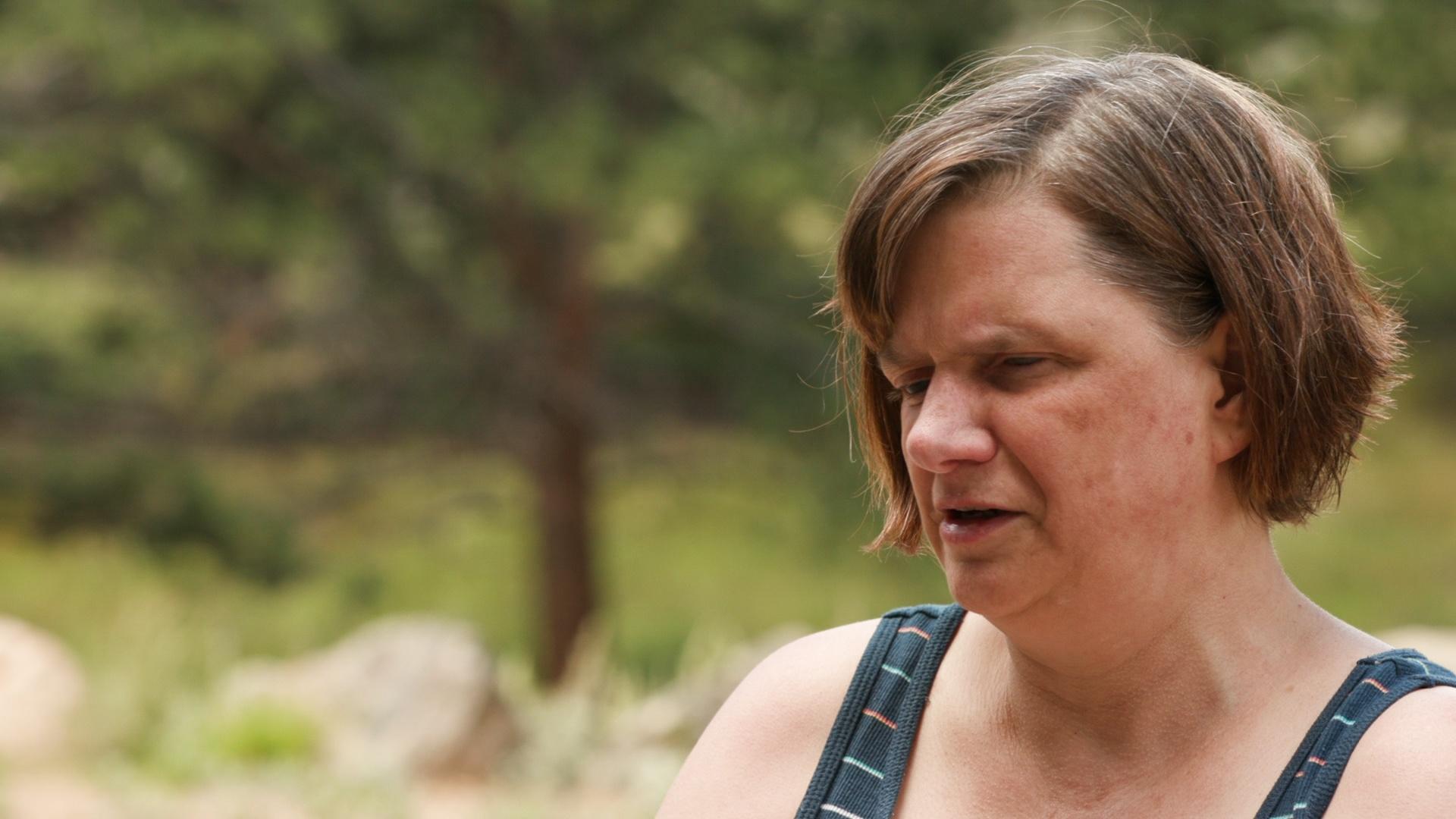 4 / 5
Share This Gallery
Cynde Vaughn has vision and hearing loss due to Stickler Syndrome, a degenerative connective tissue disorder. 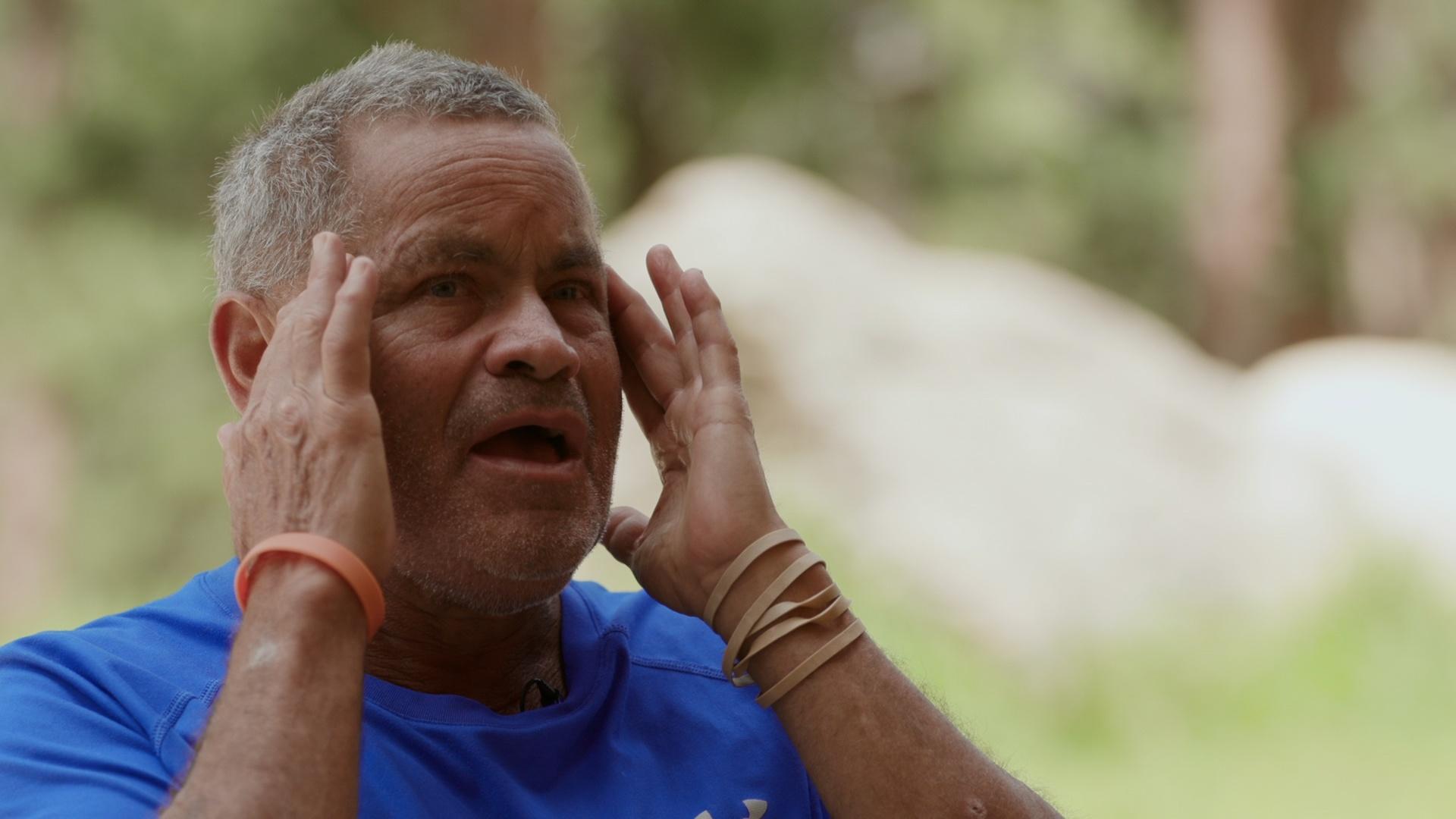 5 / 5
Share This Gallery
Derek Selbo, 65, of Winter Park, Florida lost his sight three years ago. His daughter lives in Colorado.

Jeremy Moore is a senior multimedia journalist at Rocky Mountain PBS. You can reach him at jeremymoore@rmpbs.org.