GRAND JUNCTION, Colo. — For generations, the historic Handy Chapel has welcomed visitors in need, offering food and shelter to anyone who asks.

But because of the pandemic, regular services have been suspended for the safety of many of the chapel’s elderly members. Nowadays the chapel is quiet—that was until Delores Chaney, caretaker and descendant of one of the chapel's original builders, broke out in song.

Chaney shared many memories of the chapel, reminiscing of her time singing as a child in the choir.

“I was sitting somewhere in this area, the reverend told me, ‘Sister, sing that song about Jesus loves me,’” Chaney said. Although Sunday services have ceased and the booming energy of the choir is no longer heard, the glorifying charm of the chapel can still be felt through its historic walls.

Delores Chaney shares her memories as a descendant of one of chapel’s original builders.

Handy Chapel was built in 1892. The land for the chapel was deeded in 1883 by Grand Junction’s founder, George A. Crawford. Also noteworthy is that the deed was not made out to an individual person or organization, but to the Black residents of Grand Junction.

It took nine years for the community to raise the $962.50 needed to build the chapel. Builders learned to be innovative, doing the best they could with limited materials, working to ensure the building would stand the test of time.

That original deed has never been sold or transferred.

In the late 1970s, according to Colorado Encyclopedia, the Rocky Mountain Conference of the AME Church attempted to sell the property. The congregation filed a lawsuit saying the Rocky Mountain Conference could not sell the building because they did not own it. In 1981, a judge sided with the congregation of Handy Chapel, ruling that the original deed still applied and that the chapel had to establish a trust committee of Black citizens to make sure the chapel was maintained for the “charitable and religious use of the city’s Black residents.”

Josephine Dickey, Chaney’s grandmother, was named the chapel’s first official chairman of the board of trustees. Their family has since welcomed all walks of life into the chapel, including Harry Butler, a former Grand Junction City Council member and District 51 board member who led services at the chapel for several years.

Renovations have helped to keep the chapel intact and energy efficient; original materials are preserved whenever possible. The Sunday school room shows its age in the original red brick wall.

“Grandma would rub her hand over the brick saying my great-great grandfather may have laid these bricks – doing that now is such a feeling of pride,” Chaney recalled as she touched the wall herself.

While the brick wall still stands strong, other areas around the chapel hint to the age and deteriorating integrity of its foundation, such as visible cracks along windows and doorways.

The nearly 130-year-old building is the oldest chapel building in Grand Junction. In 1994, the chapel was added to the National Register of Historic Places.

According to Chaney, the upkeep of the chapel will be a big concern in the future when they can allow the Sunday service to meet again. Without constant attention, old buildings like Handy Chapel can quickly fall behind.

Chaney, along with other volunteers, dedicate occasional time for housekeeping until more serious work can be done. Still, help for the congregation is prioritized above repair costs and decorations.

“I am looking forward to those doors opening wide once again to tell people Handy Chapel is here to assist and to minister,” Chaney said. “The way that our society is right now, people need to know that there are people that love them, and care about their needs wherever they are.” 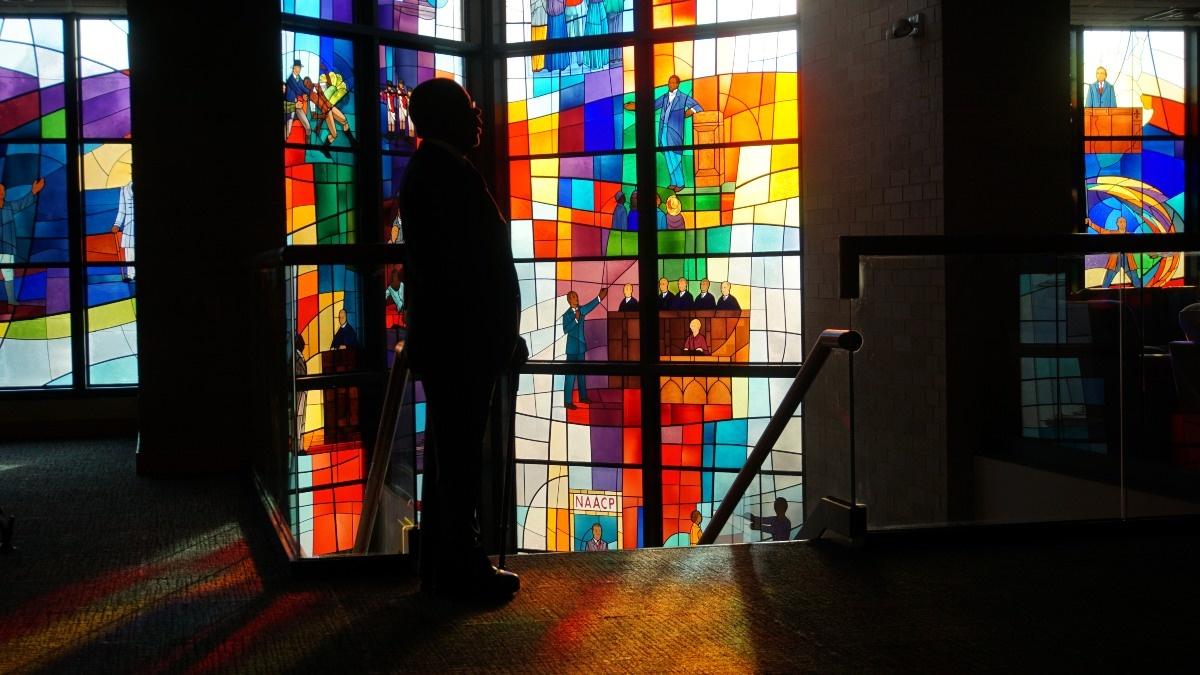 Discussing the Black Church in Colorado and beyond