SHERIDAN, Colo.— On a sunny day off the busy Federal Boulevard south of Denver, sits what appears to be an unremarkable building. But inside is a place that provides safety, comfort and a feeling of belonging to people who often feel marginalized in the outside world.

Marsha’s Closet is a fairly new store opened by Transgender Center of the Rockies (TCR) in June of this year. TCR is a nonprofit that offers a wide range of services and community events to support transgender and gender-expansive individuals. The closet carries gender-affirming clothes and products at no cost for those who want to shop there.

“There's a lot of barriers for trans people getting gender-affirming clothing, both financial and just systematic barriers,” explained 25-year-old Ari Rosenblum, a youth program leader and one of the organizers of the closet.

Rosenblum explained how the experience in a traditional clothing store can be difficult.

“Like shopping in a women's clothing department, as somebody who reads as being assigned male at birth, can, you know, cause a lot of judgment, both from other customers and from store employees,” said Rosenblum. “So having a space where we people come in and we ask like, ‘What are your pronouns? What is your name? What are you looking for?’ And we're able to actually help them find things that make them feel very good and affirmed.”

On top of the emotional and mental hardships for many transgender individuals at other stores, there is also often a financial barrier.

“Not only do we get paid less in our jobs; it is harder to find jobs. And transitioning for those of us who do transition can be very, very expensive, which leaves a lot less money for other things like expressing yourself through fashion,” explained Rosenblum. “So this in addition to the judgment free environment and the gender-affirming environment where we're all either trans or trained in trans allyship, removes those barriers and makes this a safe space for trans and gender expansive folks to come get clothes.”

According to the National Center of Transgender Equality, more than one in four transgender people have lost a job due to bias, and more than three-fourths have experienced some form of workplace discrimination. By removing that financial burden and creating a safe place, Marsha’s Closet is able to make such a profound impact in some lives, people are willing to go through a lot just to get their clothes there.

“We have one person who comes every week, and it's amazing cause she lives an hour and a half away by bus. And so it's incredible that she makes it down here so often, but we really, you know, we really are glad that we were able to help her,” said Rosenblum.

Three hours round-trip to get to this little space, that can have such a big impact.

“Because being able to express yourself authentically is essential to your own liberation, being a person. And once you do that, you're able to focus on, you know, yourself, your self-care, as well as the liberation of other people in ways that you can't do, if you're caught in this you know, cycle of trying to fit into the cisnormative ideas,” explains Rosenblum.

As part of support offered at the closet, shoppers are able to connect with a therapist to receive that mental health help that can be so often needed. There is a peer-specialist with the organization who works with the community and helps provide this space to question and explore identities without judgment.

For Rosenblum this closet and this sort of fulfilling work is something they’ve always been passionate about. They were able to start that more meaningful work when they joined TCR last November.

“I've always been kind of the person who, who wants to effect change and I want to do something with my time that is going to benefit other people,” said Rosenblum. “Having adults who reflect aspects of your identity is probably one of the most important protective factors for LGBTQ young people to be able to see a future for themselves.”

Rosenblum knows for themselves how important support, community, and clothes can be.

“Growing up I was considered a tomboy and always wanting to wear boy's clothes. And fortunately my parents allowed me to do that to an extent. And then, you know, as I got older, there was more pressure to dress in a way that was more congruent with what my assigned gender was. And then when I was late high school, I started to kind of push back on that and experienced quite a bit of, like, dysphoria around that. And I actually started wearing my older brother's old clothes,” Rosenblum shared with Rocky Mountain PBS.

They continued to share their story and how it evolved over the last year and a half.

“I had already been feeling that living as somebody who passed as a cis man didn't feel right for me and being able to go out. And a lot of my clothes shopping I do is mostly at thrift stores. So being able to go out and get those clothes and find things for me that felt really affirming. [It] was really helpful in me discovering my identity and coming into my own identity as a nonbinary person,” explained Rosenblum.

“So, I think that fortunately I've always had the financial privilege and the parental support to be able to afford my own clothes, but certainly being here and having people who...when people try things on just, like, hype them up and just be like, ‘Yeah, like you look so good!’ Like that's amazing,” said Rosenblum.

“One thing that really just always sticks with me is that we have the binders...when people come in, either after having ill-fitting chest binders or having never worn a chest binder before, being able to help them get a chest binder that fits them and flattens their chest and just like the joy and the euphoria that can be on some of these people's faces; and the amount of appreciation that they have for being able to access these resources is just like unmatched,” Rosenblum described with a smile on their face.

Everything in the closet has a deep meaning to it, including the name—Marsha’s Closet.

“So Marsha’s Closet is named after Marsha P. Johnson, who was a black, transgender woman who is most known for her instrumental role in the Stonewall uprising in 1969,” explained Rosenblum.

The Stonewall Inn was a community space for the city’s gay, lesbian, and transgender community. As such, police raids were common during this time. But when officers raided the Stonewall Inn in June 1969 over several days, the LGBTQIA+ community, led by trans women of color Johnson, Miss Major, and Sylvia Rivera, led the resistance against police. The act of resistance at Stonewall is recognized as a turning point in the fight for LGBTQIA+ equality. The bar itself is now a National Historic Landmark.

“As the Transgender Center of the Rockies and the trans employees who work here think it's very important to acknowledge...they're not actually ancestors because we're not related to them, but in a way, they are our ancestors, they are our predecessors and they're the people who, you know, put their lives on the line for us to be able to live authentically,” Rosenblum explained about the importance of naming the closet after Johnson.

The chance to live authentically is something Rosenblum says everyone in the transgender and nonbinary community has had to fight for, and this shop can give a sense of belonging.

“Why it's so important for trans people to have other trans people to interact with is because oftentimes, you know, in clothing stores, you'll hear a lot of microaggressions, you'll get a lot of looks, that kind of stuff,” said Rosenblum. “And being able to just, just being seen is so important... part of being affirmed is something called gender euphoria...[it's] something that makes you feel really at home in yourself and makes you feel really, really good about yourself. ”

For now, Marsha's Closet is full of clothes and has put a pause on accepting most donations. However, it's still possible to donate winter jackets, unused makeup and other gender-affirming products.

Right now, the closet is only open for limited hours due to staffing but scheduling an appointment is also an option. You can find the hours and ways to connect with the staff on the Marsha’s Closet website.

Overall, Rosenblum and the whole organization wants everyone to know they are all welcome.

“We'd love to have you. Please come in. We have so many clothes and we truly can't get rid of them fast enough,” said Rosenblum. "We want to be here to help you express yourself as who you are and to help you find that true identity within you so that you can be the best version of yourself that you can be.” 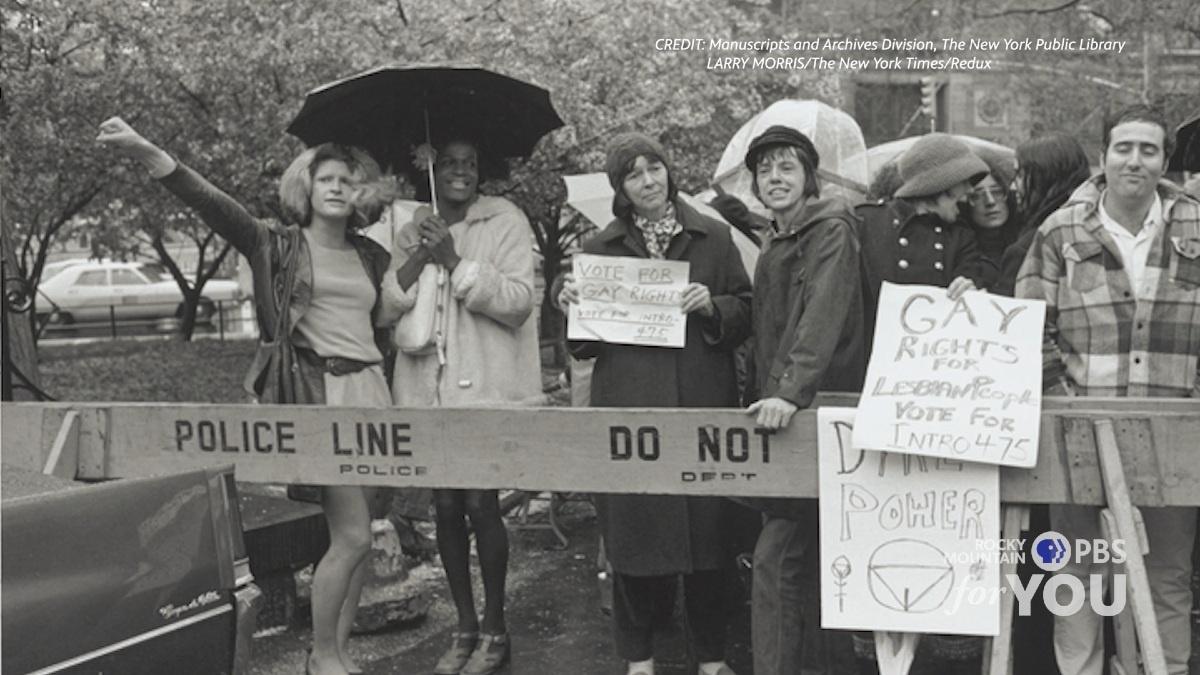 Colorado celebrates Black Pride for the first time, with a focus on its roots in resistance

For the first time ever, the Mile High City celebrated Black Pride.Not to be confused with the annual LGBTQIA+ Pride celebrations that take place every June.

The newly created Queer Memory Project aims to collect and teach the community about LGBTQ+ history in northern Colorado.