LOUISVILLE, Colo. — On a January morning, a neighborhood covered in a blanket of snow is a typical sight in Boulder County; this year is tragically different. The smell of smoke hung in the air and burned rubble peaked through the snow.

More than 1,000 homes were lost Dec. 30 in the Marshall Fire.  Hurricane-speed winds took a grass fire and turned it into a devastating urban wildfire where families had just minutes to leave their homes and get to safety. For Todd and Stacy Payne Friday, Jan. 7 was their first time seeing their destroyed home since the fire eight days prior.

They pointed out what remains of objects in the blackened foundation of their home…a twisted metal frame of a couch, shambles of a washer and dryer, a bathtub that fell two stories. All images the Paynes didn’t want to see but had to on this day.

“I was sick driving up, and my palms were sweaty,” said Todd. “A lot of deep breathing … Our house actually made it onto the news, the day of the fire. So, we watched our house burn.”

First Steps to Rebuilding After the Marshall Fire

The Payne family meets with an insurance adjuster after losing their home.

On Friday, the Paynes met with their insurance adjuster with USAA. They walked around the property describing what used to be there. They learned it’s not just one claim for the whole house and everything inside, there’s the structure itself, the shrubbery and hardscaping and then personal property. And in Todd’s case he also ran his small life coaching business from his home which is also a separate insurance claim. Essentially the Paynes will have to try to figure out everything they lost.

“Then we've begun to make a spreadsheet that was … the mattresses were nice mattresses and the silver,” said Todd. “Eventually we're gonna have to sit down and say, ‘How many pens were in the junk drawer? How many pairs of underwear did I own?’”

Despite the stunning sadness to see their home of seven years reduced to almost nothing, the Paynes do try to keep a positive attitude the best they can.

They're happy to say their three children and three dogs made it out okay. Their two oldest were at the airport picking up Todd and Stacy, while their 11-year-old daughter was left home alone for the first time. In just the short time they were gone, the Marshall Fire spread rapidly. A neighbor came over and grabbed the 11-year-old, who didn’t even have time to put on shoes. Then another neighbor was able to rescue their three dogs.

Right now, the Paynes are staying with Todd’s brother in Parker. They’re not sure how long they’ll be there. But eventually, they told Rocky Mountain PBS they’ll be looking to rent while they wait for their home to be rebuilt, which will likely take at least two years.

“We have learned that we are the unwitting participants in a marathon. This is going to be a long, long process. And we did not train for this,” said Todd.

The Paynes said they’ve heard from officials and done some research on other towns in that have suffered significant home loss to fire. They’ve heard it could take one year to remove debris, then another year or so to rebuild the home.

Todd and Stacy have been part of meetings and sought help from the disaster assistance center to get back on their feet as best they can for now. They also said they are lucky to have close friends and family help them through this emotionally-draining process.

“I cannot retain any information at all. People have to tell us the same things over and over," said Stacy.

They Paynes are not alone in this experience. Hundreds of other families, and many just in their own neighborhood are going through the same process.

“It sounds really weird to say that I feel lucky that it's our town. There are people in it with us. The whole town is behind us,” said Stacy.

"We're all in it together. And to just take a check and walk away, I couldn't do that…We're building together. Like we're even talking about, you know, 'Can we get one builder in that will do a lot of our houses together?'”

Stacy said their area of the neighborhood even has a Facebook page where they can all talk and come together. When Rocky Mountain PBS was with the Paynes at their home, another couple with their infant child walked by, and Stacy asked if they were in the Facebook group to make sure they were a part of the community.

The Paynes also have their own GoFundMe fundraiser like many of the families affected by the Marshall Fire to help them through this process. So far it has raised about $66,500 of its $70,000 goal.

With a long road ahead of them and not much more than their mailbox still standing on their property, the Paynes are trying their best to keep their eyes on the dream of returning to 105 Vista Lane and turning the key of the door to their brand new house, but the same home.

You can find ways to help the victims of the Marshall Fire here. 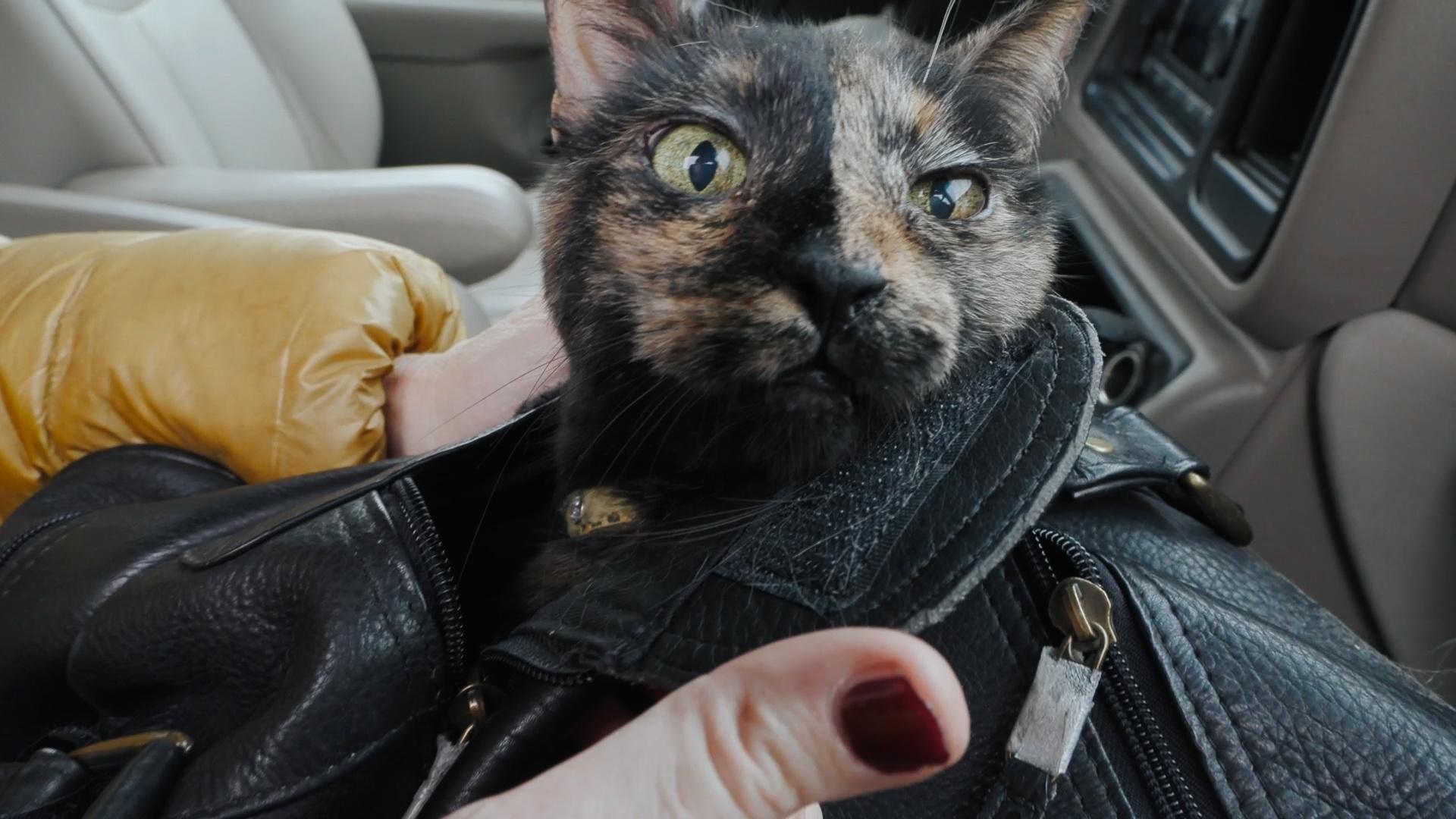 For the owners of 16-year-old Peanut, survivor's guilt weighs heavy. Now they're looking for ways to help. 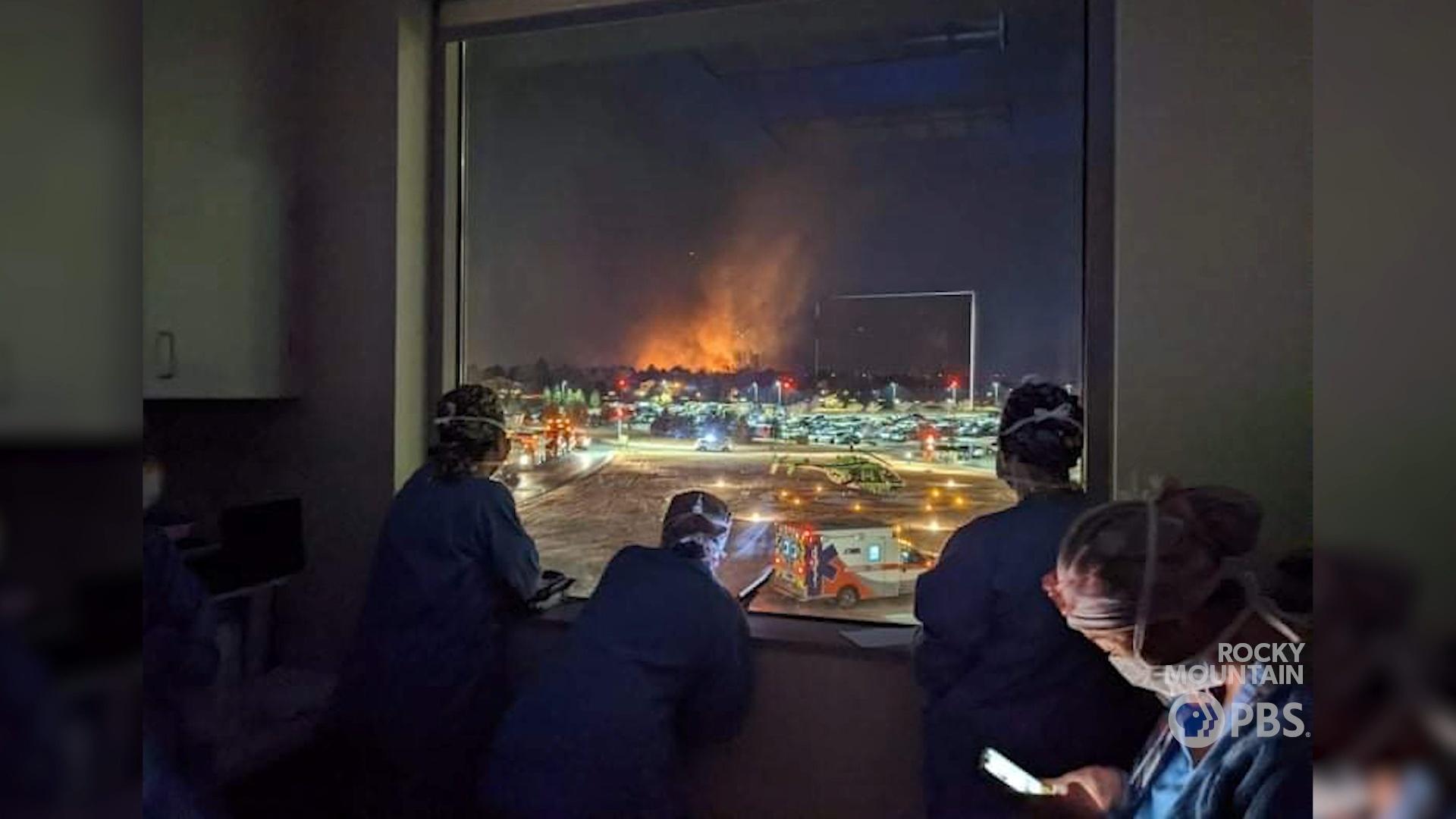 The picture efficiently captures the dual tragedies Colorado is experiencing: entire neighborhoods devastated by wildfires while the COVID-19 pandemic rages on.