In 2000, that number was barely over 6,000. And while the fast-growing town is seeing greater diversity, it remains predominantly wealthy, well-educated, and white. Estimates from the U.S. Census Bureau show Erie as being over 92 percent white and just 0.2 percent Black. According to the town’s community profile released in 2019, six out of 10 Erie residents have a college degree and the average household income is about $116,000. Denver’s, for comparison, is less than $70,000.

“I think it’s important...to teach people here about the culture outside of whiteness,” said Alicia Graves, an Erie resident.

Graves is the Vice President of Being Better Neighbors, a nonprofit in Erie with the mission to support “Erie neighbors of color and to create a place for civil discourse and the creation of activities to bring awareness to issues facing people of color and other marginalized communities.”

“We’re not doing this because we want to,” Graves explained, “we’re doing it because we have to.” Being Better Neighbors started last summer after the murder of George Floyd, when conversations about police brutality, racism, and systemic inequality dominated American discourse.

The town of Erie, Colorado, is holding its first-ever Juneteenth celebration.

Those conversations were also happening in Erie, often online. Part of Being Better Neighbors is the private Facebook group, where Erie residents from all walks of life and political affiliations can have frank, respectful conversations.

Whether the conversation is about race, politics, or gender and sexuality, Being Better Neighbors offers “a welcome place to state your own ignorance to really learn about that which you don’t understand,” said Justin Brooks, the nonprofit’s treasurer.

“They’re willing to do one thing in common, and that’s have a conversation with one another and actually engage and learn about something that they don’t really have a full understanding of.”

Unfortunately, Brooks and other founding members of Being Better Neighbors have not always felt welcomed in Erie.

“My very first outing when I moved here, walking into a restaurant, at least three people rolled their eyes at me,” recalled Mecca Scott, the president of the nonprofit. “That’s where the education needs to happen.”

Part of that education comes from hosting community events. From 2 to 5 p.m. on Juneteenth (June 19), Being Better Neighbors hosted its first-ever Juneteenth celebration at Coal Creek Park. Juneteenth—now a federal holiday—commemorates the end of slavery in the United States.

The Being Better Neighbors event featured live music, local artists of color, and local vendors. More information is available here. The organization has also compiled a list of resources for people looking to be a better ally to marginalized communities.

Brooks doesn’t agree with people who ask why these types of events and community conversations around race and politics are taking place in towns like Erie.

“I think it’s something that’s needed everywhere,” he said. “I think …  ‘Why not Erie?’ is the better question.” 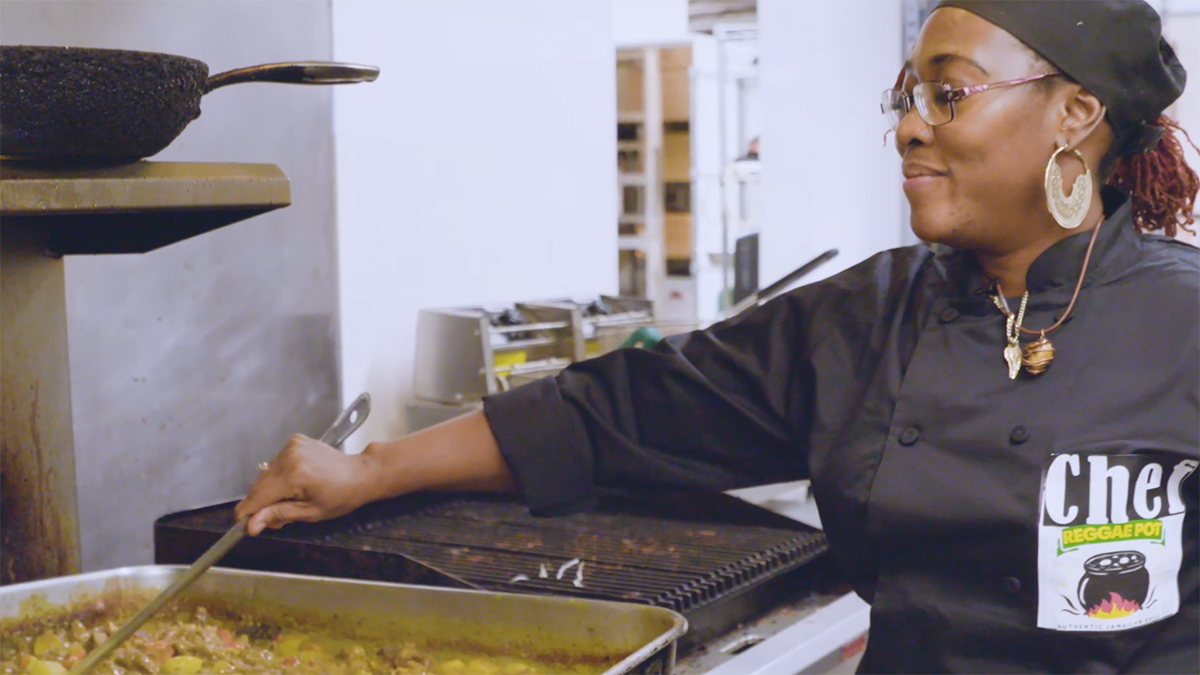 3 food vendors to check out at the Juneteenth Street Festival