“I am on the front lines and supporting my colleagues,” Rowan said. “In my free time, I like to draw and paint.”

In early May, Rowan launched a project called Women of Color on the Front Lines. The goal of the project is to spotlight the female healthcare workers of color working their way through the COVID-19 pandemic. Rowan and her artist friends have been creating portraits of these heroic women and uploading them to an online gallery. So far, she has received 150 pictures of health care workers from all over the country. Artists from outside Colorado are joining in, too.

Women of Color on the Front Lines

Women of Color on the Front Lines is a tribute to those fighting COVID-19.

“This project is a response to the observation that BIPOC providers are underrepresented in the art, media, and reporting around the country's response to the COVID-19 epidemic,” Rowan wrote on the project’s website.

One of the portraits is of Dr. Deborah Saint-Phard, the director of Women’s Sports Medicine at UCHealth. She said she was "blown away" when she was asked to take a selfie in her protective gear.

“There are women in medicine. There are people of color in medicine," Saint-Phard said. "But to dial it down to being a woman physician of color in medicine in these times, that’s a very special place to feel like you fit...I also realized that I checked all of those boxes, which is a very uncommon experience for me, especially being a Black female physician in Colorado where I’ve been for over 20 years now.”

Rowan is currently working on a portrait of Dr. Abby Lara, a pulmonologist at CU Denver. “I see someone who is really dedicated to her work, wearing a very intense mask here, and eye protection, and a gown,” Rowan said of Lara. “This is not a glamorous picture; this is a picture of someone who’s working hard.”

Rowan was first inspired by a piece called “Bedtime” from artist Chris Ware that was chosen to be the cover of The New Yorker’s health issue in early April. The cover depicts a woman of color working in a hospital, covered in PPE, on a video call with her family.

“That just reminded me of my own experience,” Rowan said. “They’re showing a woman and they're showing a family. Doctors and nurses and technicians, we all have families.”

She was also struck by another New Yorker cover: Owen Smith’s “After the Shift,” which shows a Black man in scrubs waiting for the train.

Saint-Phard had made similar observations about the lack of representation of healthcare workers like herself.

"I don’t think that women physicians of color are portrayed in any meaningful fashion," she said, "and so for this to be done in this particular medium is touching."

Rowan’s project is happening in a time when the country is reckoning with its treatment of minorities. She says she feels the artwork took on a new significance after the killing of George Floyd and the protests that followed.

“Women are often discriminated against because of not only gender, but also race or ethnicity. I really felt like we have a duty to honor all of these women who are working so hard and making themselves vulnerable for all of us,” Rowan said. “Black lives matter and Black lives are saving all of our lives. They’re in the [intensive care unit], they’re delivering babies, they’re in the emergency department, they’re in the clinic.”

Rowan is not going to stop at the drawings. She says any person who cares about racial justice and social justice can’t settle with the progress that’s been made so far. “We need to keep working hard and learning and reading and reaching out,” she said. "I feel like that's really everyone's responsibility."

Women of Color on the Front Lines 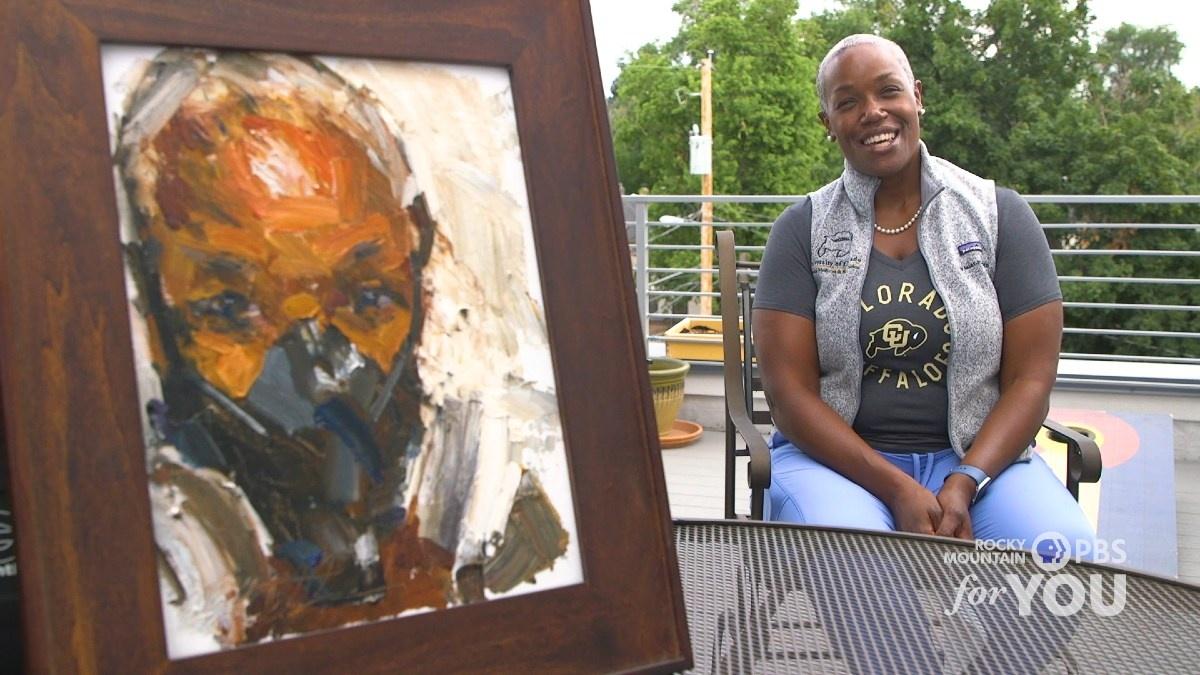 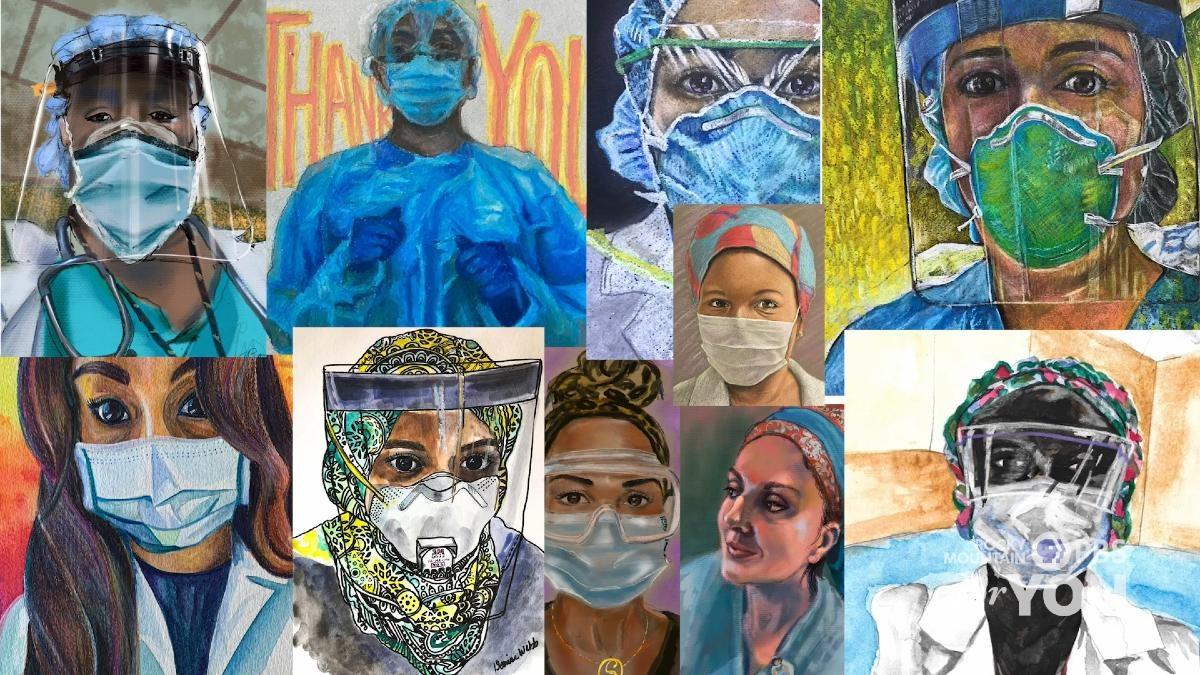 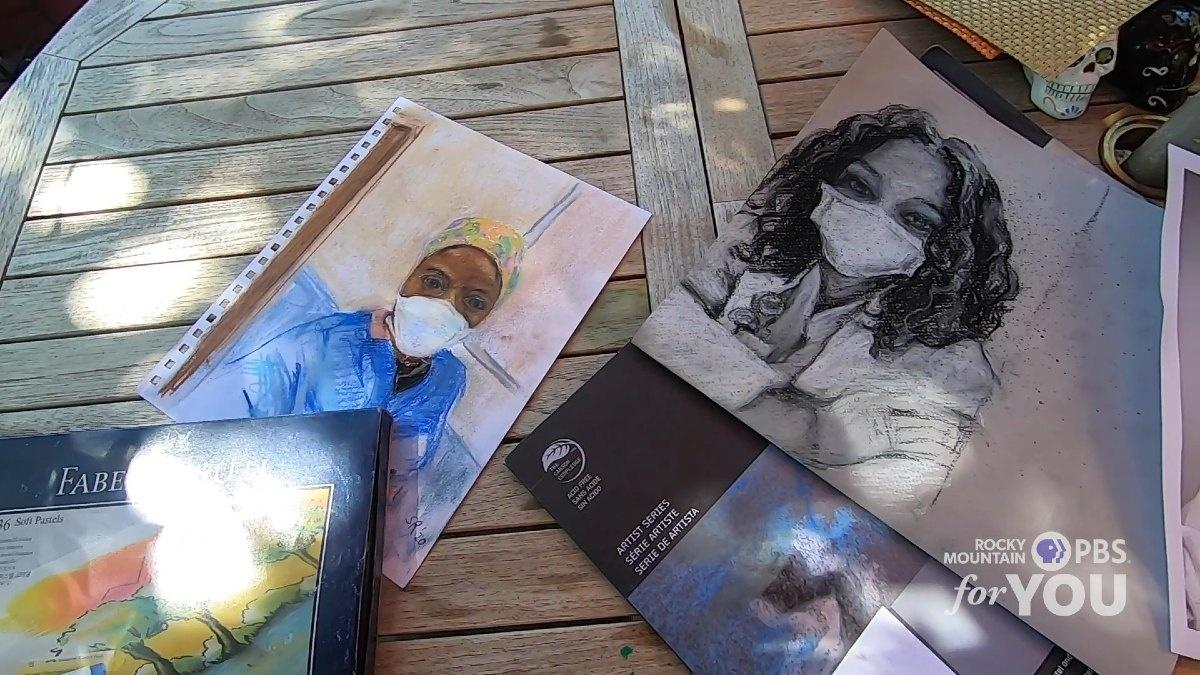 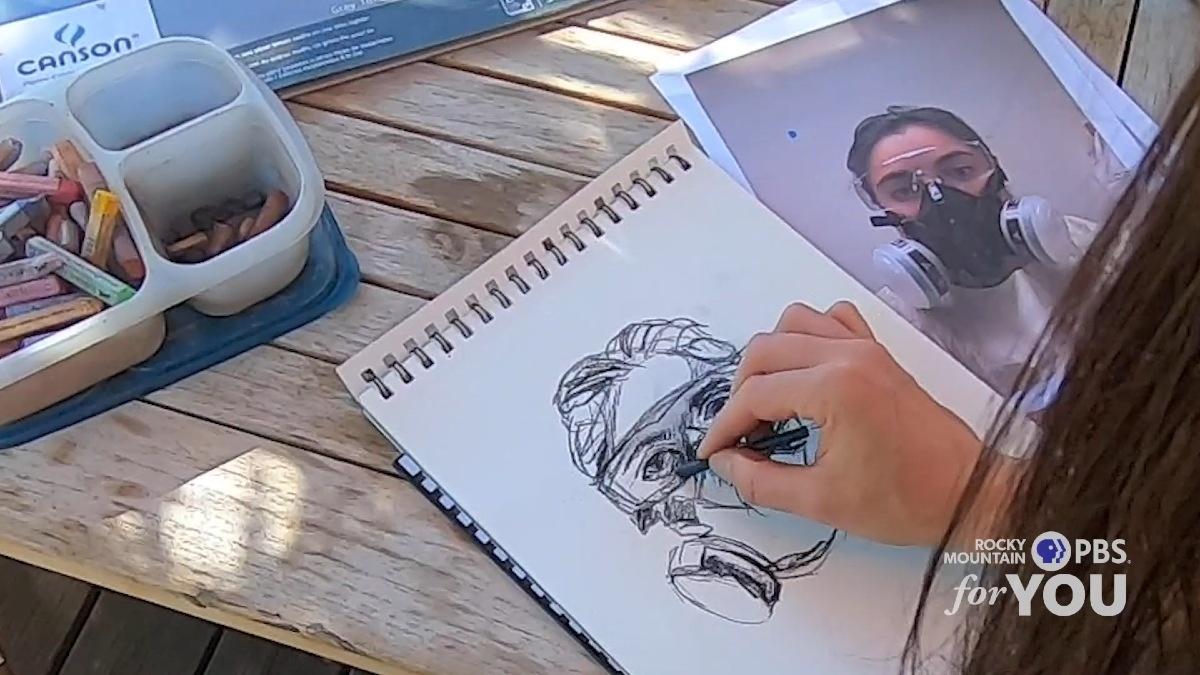