AURORA, Colo. — "Doctors, in general, have behaved as if they are 'superior beings,'" Pius Kamau said, "and they are treating the Black patient as if, first of all, you are doing them a favor to see them, and secondly, it's like … ‘Why are you here? You’re not worth it!’"

Kamau, from Kenya, is a retired surgeon. He practiced medicine for over 30 years, but his work did not end when he stopped doing surgery. Kamau is now dedicating time to spreading awareness about racial and ethnic disparities in health care through written articles, mentorship and public speaking.

In 2016, research done by the American Medical Colleges (AAMC) showed that “half of white medical trainees believe such myths as Black people have thicker skin or less sensitive nerve endings than white people.”

These prejudices, AAMC concludes, are among the reasons there are disparities in health care toward Black patients. In further research, AAMC states that “providers are not immune to stereotypes and images frequently portrayed in the media, which tend to associate African-Americans with substance abuse.”

Kamau said because of such myths, Black patients and other patients of color often do not receive adequate medication.

“It’s been recorded and shown that Black patients, Hispanic patients, don’t get enough pain medication ... when they need it, and other treatments which are required may not be as prompt,” he said. "So there is a degree of lack of empathy ... in our hospitals and in our health care in general.”

The importance of Black medical professionals

“The question here is that ‘Why do we need minority physicians in America?’ Kamau said. "Many minority patients prefer to see their own people. Clearly, you want to see somebody who knows where you live, how you live and also somebody who has walked a mile in your shoes.”

Data collected by the Association of American Medical Colleges (AAMC) in 2018 show a little over 56% of physicians identify as white, while only 5% identify as Black.

This low percentage of Black doctors can deter Black patients from seeking care. Kamau said one of the best ways to increase the numbers of Black doctors is to start with the youth. “My belief is that we need to begin with elementary schools, and go to high schools, and colleges,” he said.

The University of Colorado Anschutz Medical Campus provides several programs to support its Black students, such as the Mile High Medical Society (MHMS). This organization consists of Black health professionals who act as "preceptors," or mentors, to young Black students and help to eliminate health disparities in the medical field.

Ansah-Twum said that his Black preceptor, Johnny Johnson, is helping him prepare for the medical world after he graduates. To prepare Ansah-Twum, Johnson detailed different situations Ansah-Twum might encounter as a Black doctor, such as the possibility of a patient or colleague showing racism towards him.

“He talked about different situations where you may have a patient that doesn’t want to receive treatment from you because of the color of your skin,” Ansah-Twum said. “He brought up some personal experiences about times he was put in those hard situations and how you just have to continue to [be] professional and do your best in those situations because even though it may be unfair to you, other people are looking up to you and are seeing how you react in this situation, you know?”

Ansah-Twum said many Black people he has spoken to have expressed how pleased they are that he is in medical school and are excited about the positive impacts he can make as a Black doctor.

“I’ve spoken to a ton of Black people in general, who have told me, ‘Yeah, I want to see a provider that looks like me, who understand my needs, you know? Who understands the struggles I’ve faced with my entire life,’” Ansah-Twum said. He explained that some patients he has spoken with recalled instances where they felt a doctor treated them differently because of the way they looked.

"And that rubs them wrong and sometimes prevents patients from seeking out care for things that are highly treatable, you know?" Ansah-Twum said. "And so that is definitely a big concern that our entire society faces, not just Black people, also people of all different descents, whether Asian, Latino, everybody. It’s just nice to see somebody who looks like you … in a position you're placing your trust in.”

Cephers said it is important to show young Black children that "they can do anything, that people are here for them trying to help them and mentor them, especially at a young age.”

The mistreatment of Black people in America

The question is, how and why are there racial and ethnic disparities in health care? The answers require a hard look at American medicine’s dark past of mistreating Black people, which dates back centuries. There are several examples.

In 1932, the U.S. Public Health Service began a study with the Tuskegee Institute to record the natural history of syphilis in Black men. The study involved taking advantage of 600 poor, uneducated sharecroppers who were, without being told, injected with the bacterial infection. Researchers told the men that they were treated for “bad blood.”

Of the group, 399 were injected with syphilis, and 201 were control subjects, meaning they did not receive experimental treatment.

At the time of the study, there were no proven treatments for syphilis. In 1947 the antibiotic penicillin became the standard treatment for the disease. Research shows both groups in the experiment were denied medicine.

In the summer of 1973, a class-action lawsuit was filed on behalf of the men in the study and their families. The settlement ended in giving more than $9 million to the study’s victims.

In May of 1997, President Bill Clinton issued an official apology for the study.

In the late 1800s,James Marion Sims, the “father of modern gynecology,” invented surgical techniques and tools related to women’s reproductive health, but Sims’ research came at a horrific cost to enslaved Black women. Investigations show he performed excruciatingly painful and unethical hour-long surgeries on enslaved Black women without anesthesia. Further research found there was no recorded consent from the enslaved women.

[Related: ‘Father Of Gynecology,’ Who Experimented On Slaves, No Longer On Pedestal In N.Y.C.]

Henrietta Lacks, a Black woman who attended a cancer clinic at John Hopkins hospital in Baltimore back in the early 1950s, had a sample of her cancerous womb taken without consent. When Lacks passed away, leaving five children behind, her cells became widely used in biological research creating breakthroughs in the medical field. Her cells were named HeLa cells.

Ignorant, racist, and cynical ideologies like these have spilled into modern-day medicine. The AAMC released a 2020 article on research they conducted on white medical trainees and half of the white trainees believed myths such as Black people having “thicker skin or less sensitive nerve endings than white people” or “Black people’s blood coagulates more quickly than white peoples.”

Kamau said that because of such myths, Black patients and other patients of color often do not receive adequate medication.

“It’s been recorded and shown that Black patients, Hispanic patients, don’t get enough pain medication ... when they need it, and other treatments which are required may not be as prompt,” he said. "So there is a degree of lack of empathy or so in our hospitals and in our health care in general.”

“The ivory tower of academia has to get involved in the community because they’re … too far up on a pedestal and too busy looking down on the people they should be serving,” Kamau said. “People do not want to be looked down on. They want to be talked to with respect. We need to find ways to hold community discussions.”

[Related: A Duty to Heal]

Overall, further first-hand experience and commentary that Black medical professionals and Black medical students have received indicates there is no one set reason why Black patients have a general mistrust of the medical system. It boils down to many factors, governmental racism, historical fact regarding medical abuse toward Black people, economic status, insurance coverage, education level, and much more.

Other suggestions Kamau has are to help build better relationships with patients, to think of ways to help create safe and welcoming environments in hospital settings, use empathy when caring for patients and listen to patient suggestions.

“A physician is not just a scientist, a physician is someone you go to, and you tell them your most inner secrets,” Kamau said. “If you are going to be doing that, you want to see somebody who you respect and respects you, somebody you can open up to, and somebody you feel that respects you, you know, and a lot of patients don’t feel that. … Therefore, they don’t go to see those doctors.” 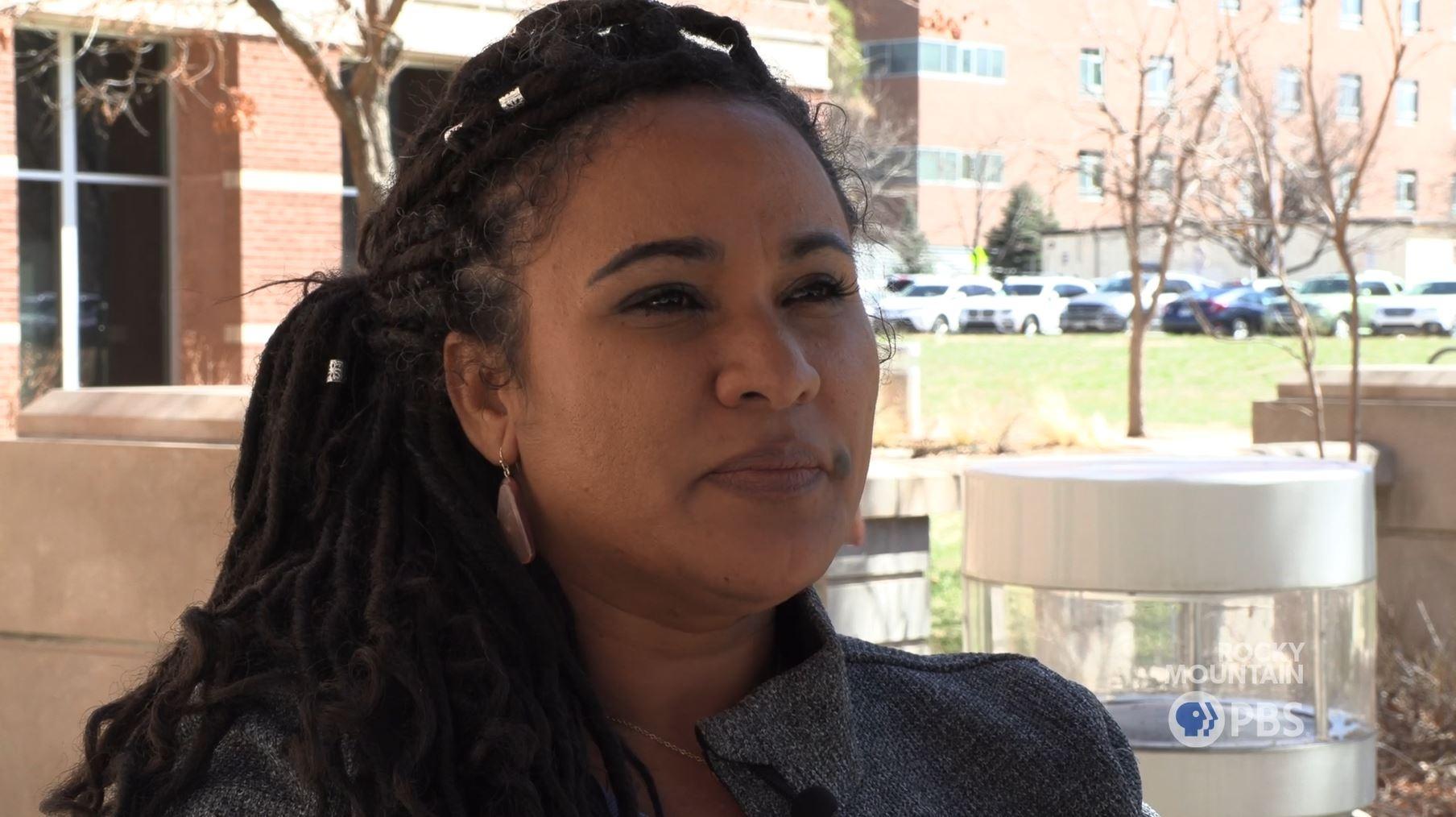