In this rural, conservative Colorado town, drag performers are creating community and change

DELTA, Colo. — Brenna Godwin felt like a rock star the first time she buttoned up her bedazzled cowboy shirt, buckled in her boots and took the stage as Blaze Van Dyke.

Godwin, a 10-year-old from the rural town of Delta, Colorado, began her career as a drag performer in 2021 after attending a local drag show. Seeing the adult performers sing and dance across the stage as characters — known as drag personas — gave Godwin hope for an accepting community and a place to share her talents without fear of judgment.

“Honestly, it was the most encouraging thing ever,” Godwin said of her first performance, where the room full of adult performers and their supporters gave her a standing ovation, even after she forgot parts of her routine.

Godwin is part of a group of several youth and adult drag performers who work under the last name “Van Dyke.” In the rural and conservative cities of Grand Junction and Delta, the Van Dyke family is working to use drag — an art form involving performances, often signing and dancing, under a different name and persona — to start conversations around acceptance and community.

Xavi Saenz, a transgender man, started his drag career 22 years ago by dancing to loud music in his home and dressing as a boy. While presenting as a woman, drag was Saenz’s first opportunity to explore his gender and express himself authentically. Eventually, Saenz took his performances to bars in Delta and Grand Junction, where he gained fans and a following as “Xavier Van Dyke,” his drag king stage name.

“It was definitely a safe way for me to present male in a public setting, I think that's what was so incredible for me,” Saenz said. “When I started seeing the different impacts it had on not just me but the community, it really sparked something in me.”

Saenz chose the name “Van Dyke,” after he was called a slur commonly used against lesbians, which he presented as for most of his life. In choosing the name, Saenz wanted to feel like he was reclaiming something that was once flung as an insult meant to hurt him.

Over time, Saenz extended his performances across Colorado, lip syncing to upbeat songs and performing with the transgender and Mexican flags — intersecting his identities into his drag shows. As he took to stages in Denver, Grand Junction and other parts of the state, Saenz quickly create a special community with other people — LGBTQ people, people of color and disabled people who wanted a place to practice the art of drag without judgment or backlash.

And thus began the Van Dykes.

What began as a small group of drag kings in Delta has now grown to welcome drag performers of all genders and ages from across the Western Slope.

Will Wallace, a Grand Junction-based drag queen who performs under the stage name Stella Rae Van Dyke, knew he wanted to be a drag queen as a little kid. His mother took him to a drag show where he watched as the queens showcased their glamorous outfits, performed comedy skits and lip-synched to upbeat songs that brought crowds together.

Still, the dream fell out of reach until 2012, when Wallace started going to Van Dyke shows in the area and eventually started performing on his own. Wallace now performs on the second Saturday of every month at Charlie Dwellingtons, a bar in Grand Junction.

Wallace described his drag style as “glamor camp,” and said he performs in elegant gowns and makeup styles while telling jokes or doing comedy skits.

For Wallace, the performance is symbolic of the greater themes: liberation and grassroots community for LGBTQ+ people in what he described as an often unaccepting area.

“For two hours or so, this is a safe space and everybody is welcome and they can be themselves,” Wallace said. “The spirit of Second Saturday is community and unity.”

Wallace pointed to the Stonewall Riots — widely cited as the beginning of the LGBTQ+ liberation movement — as the pinnacle of what drag should be: unapologetically expressing oneself and creating a safe space for others to do the same.

“Drag has always been one of the more visible parts of the LGBTQ community,” Wallace said. “Historically, I feel like drag and drag performers have always kind of been on the front lines of liberation.”

The Van Dyke family all said they felt rural parts of Colorado can be closed-minded and less accepting to LGBTQ+ people. The group has faced protests, harassment and in the most extreme case, death threats.

Dartagnan Downing, a 17-year-old Grand Junction resident who performs under the drag name “Victoria Valentine,” said they were bullied all through elementary school. Though Downing now identifies as nonbinary and uses they/them pronouns, they used he/him pronouns for much of their life, while expressing themself with feminine qualities, which they said confused kids their age. Downing was often picked on for being different.

“A lot of times, especially in a conservative area, people tell you who you need to be,” said Dartagnan’s mother, Sarah Downing. “We come from a very conservative area and it’s very confusing for people here.”

Throughout their childhood, Dartagnan and his mother said the family got hateful letters frequently delivered to their house, which Dartagnan said was terrifying for the entire family.

“It’s so scary, because they knew where we lived,” Dartagnan said. “A lot of it was about how I'm going to hell and I'm bringing many other people with me.”

As Dartagnan got older, their peers became more accepting and they have since connected with other LGBTQ+ kids at school, though parents in the community still seem to struggle with acceptance.

“Youth know not to say anything, but adults are frightened by what they don’t understand,” Sarah said.

As a parent, Sarah said she faced a difficult choice: try and make her child hide their identity to protect them from bullying, or allow them to be themselves. Though dealing with the hateful words and exclusion as a child was difficult, Sarah and Dartagnan agreed Dartagnan’s life is much better because of their ability to live authentically.

“I was never one to make them hide, because the consequences for making them feel ashamed or making them live as someone they’re not would be much more permanent and much more severe,” Sarah said.

But amid the hateful mail and snarky remarks, the Downing family said they have felt overwhelming love and acceptance in the area’s drag and larger LGBTQ communities.

When the family's house burned down in 2021, Sarah said the drag community stepped in to make sure the children had Christmas presents, the family had food and everyone had a place to sleep.

“The drag community just came out of the woodwork and they were absolutely amazing,” Downing said. “They’re not just there for helping Dartagnan with their creative endeavors, it really is a community.”

Saenz, the father of the Van Dyke family and the Western Slope drag scene, said the performances and shows are about bringing community together, which he said is particularly important in such a conservative area.

“As a small person and a person of color who always felt like I was in the background and fighting to be seen, drag is a place for people like me,” Saenz said. “These children are teaching me how easy it is to be yourself, and now my job is to make sure that they’re safe.”

Drag on a hyper-local stage

Many who are unfamiliar with drag may have seen RuPaul’s Drag Race or observed drag queens in large cities strutting the street in 10-inch heels and extravagant gowns. In smaller, rural areas, the Van Dyke family said their drag style is much more about authenticity than putting on a show or competing for a judge.

“RuPaul’s Drag Race is what RuPaul values and what she wants to see, and I think that’s kind of shaped the way people see drag and what they want drag to be,” Wallace said. “For folks who’ve never been to a real drag show, they’re expecting it to be like that, but it’s often not.”

In mainstream media, drag is also often painted as hypersexual and for adult-audiences only, but parents of rural youth performers said their drag is just another way for children to express themselves, like dancing, singing or performing in theater.

“These kids are just going out there and expressing themselves the way they want to and putting their personalities on stage, and there’s nothing sexual about it,” said Elizabeth Godwin, Godwin’s mother. “A lot of people are surprised that I let my 10-year-old do this, but it’s not what they think.”

Ultimately, the performers said defining "drag" is difficult, as its nature is to let people explore outside the boxes society often puts them in.

“Stella is a person who I’ve gotten to choose to be, and at the end of the day, I think drag is about being the person who you really want to be and sharing that with the world,” said Wallace of his drag character, Stella. “It really is about being who you are and doing that without shame.” 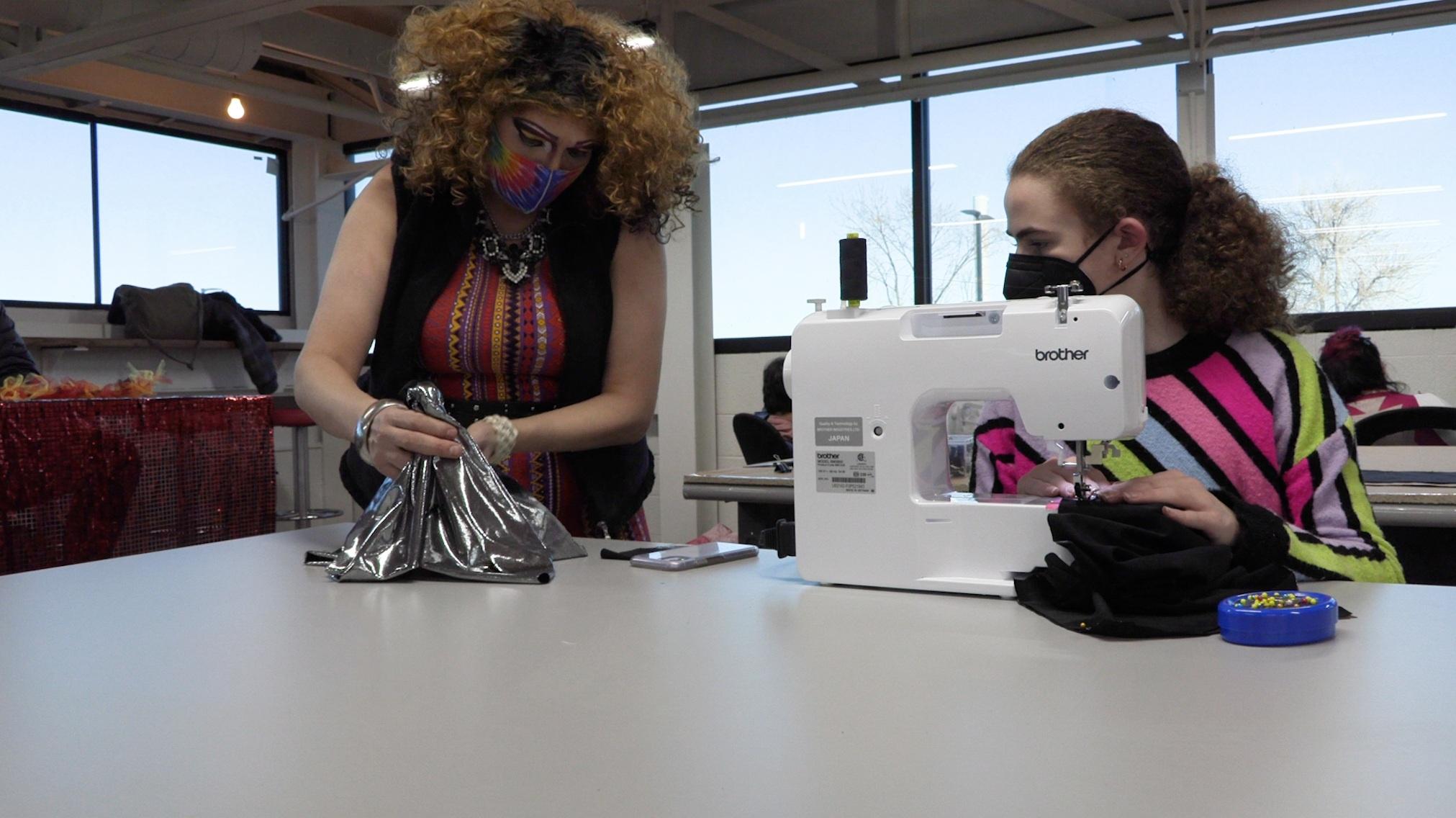 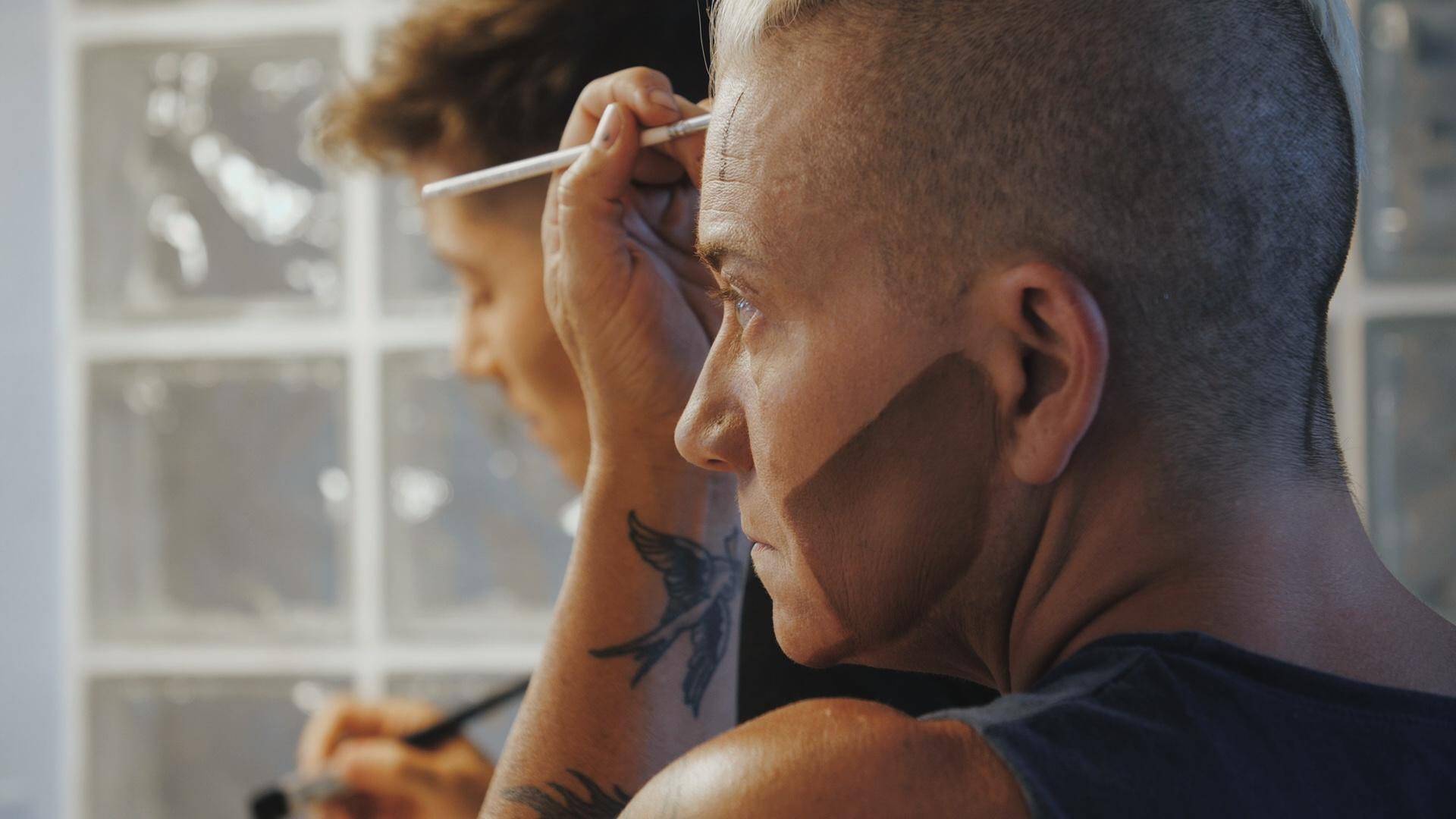 Styler and Jax: Drag is Art