'It's hard, but we're doing it:' Media hub seeks to inform and inspire Southeast Colorado Springs

COLORADO SPRING, Colo. — Flipping through faded film photo albums in her grandmother’s basement in the Pikes Peak Park neighborhood of Colorado Springs, Daily Dose 719 founder Julie Ramirez smiles as she points out family members and changes to the home’s decor through the decades.

“This house has always been a gathering place for my family,” said Ramirez, whose grandparents settled in Colorado Springs after moving from Florida in the 1970s. Her son is the fourth generation to live in this house. “It’s crazy to look back at pictures from the '70s and '80s and see how it's changed. I have a lot of memories here.”

“Being a historian, I'm rooted here — and I love that,” she said.

Growing up, Ramirez loved sifting through newspapers and city council books from “back in the day.” She always had a camera in hand, ready to document her environment and surroundings.

After graduating from Harrison High School, she pursued teaching and education at MSU Denver. With a degree in education and history, Ramirez returned to her childhood home.

“For me, community is Southeast Colorado Springs,” Ramirez said. "It’s an area that is more diverse. We have different challenges than the rest of the city,” she acknowledged.

Ramirez sees these challenges firsthand. She studies the statistics: The area accounts for nearly one-third of the city’s total violent crimes. Unemployment is at least double, sometimes triple the rest of the city. Nearly half of children and one-third of residents live below the poverty level. Health disparities are evident in nearly every category.

“Southeast has always had this negative narrative about it,” Ramirez said, “but there are a lot of people that are doing amazing things and giving back to their community. I’ve seen a lot of people coming together in ways that I don't know other communities do.”

Rather than moving after college, “I was really interested in creating impact in my own community,” Ramirez said. “I thought I could impact the people in Southeast more than anywhere else.”

Ramirez logged teacher training hours at her old high school. “It was an interesting experience to be on the other side,” she said. "I was thinking about these kids in a different way.”

After a friend, Jesse Garcia, died from gun violence in 2016, Ramirez said her views on local media and politics also changed. “Realizing the injustices of it all,” she said, she wanted to help rewrite the narrative of her community.

“It inspired me, specifically, to get involved in crime prevention,” Ramirez said.

Initiated by the Colorado Criminal Justice Reform Coalition and funded in part through the Department of Corrections, Southeast Colorado Springs was chosen as a seven-year pilot project community, along with North Aurora. Ramirez said the community funding model has plans to expand to Trinidad and Grand Junction.

On the Transforming Safety planning committee, Ramirez helped decide the boundaries of Southeast, then the crime prevention priorities of her community — and how $1.3 million would be spent. Conversations emerged about the economy, parks and open spaces and housing. Ramirez said she received an education on every aspect of her community’s needs.

The group of about 25 who she worked with became mentors and friends. ”They were people already doing incredible work in Southeast,” said Ramirez. “That's really where everything started to take off for me. Once I got into community and people valued me, I found my purpose.”

“Stepping into that room and meeting so many people who wanted to hear my story, who wanted my input — It was just me stepping into my power,” she recalls. “It was just the perfect setting for me, as somebody that didn't know about anything going on.”

At the same time, Transforming Safety funded Ramirez to work with Council of Neighbors and Organizations (CONO) to create and lead community advocacy training. As her wealth of information about the community grew, Ramirez soon realized there were few central points to learn about local businesses, resources, history and to contribute to the sense of place of the neighborhood.

“There was a lack of getting information out there, and a lack of the storytelling piece,” Ramirez said.

“Daily Dose 719 is a combination of getting information and opportunities in front of people,” said Ramirez. “I’m trying to bring something different so that people are really interested in getting informed, and then hopefully inspired to take action.”

Through interviews, info graphics, social media posts, photographs, videos, historic content and more, Ramirez works to be a “one stop for everything,” all while supporting other local businesses and nonprofits by promoting their work.

With stories illuminating the human experience behind the statistics, Ramirez’s media connects to her community in a more personal, grassroots way.

And as a historian, Ramirez investigates the root causes of today’s issues, providing insight and reflection via a series of personal videos and telling personal stories from within the community.

“My goal is to really find those key points in history that are like, okay, this is why things are the way they are today. And now we can start to fix that,” she said.

“I think it's important that we share that part of the story, too. It's not outsiders coming in and helping fix our problems. We are fixing our own problems here. And it's hard, but we're doing it,” she said.

To address how history and modern issues intertwine, Ramirez began producing and hosting a web mini-series.

Under the Colorado Equity Compass through RISE Southeast, Ramirez and co-producer Trenton Cotten explored major social determinants of health as determined by El Paso County. From the criminal justice system to food access to education, each episode explores the personal experience, challenges and opportunities within these neighborhoods.

“One of our biggest conversations is housing. The housing situation in general is such a big challenge,” said Ramirez. “There was a lot of discrimination that happened in housing in Colorado Springs, whether that's HOA covenants, or our redlining map, which wasn't official, but there was one that existed. It does reflect on what we look like today.”

After the docuseries, Daily Dose 719 evolved to encompass all social media platforms, including events coverage and local resource advocacy. Ramirez spotlights community members, telling their stories — “Telling all of the stories,” she laughs.

Ramirez has been working on a new video podcast series, and toward opening a coffee shop, Stompin Groundz, that can be a community gathering place. “I’ve always felt we don’t have a place to call our own on this side of town — a place to gather,” she said.

As Colorado Springs grows, Ramirez said she thinks the community can "be kept as our own, while also growing and changing and evolving.” She said she sees Southeast as a "destination for this city. Culture and diversity is here.”

Kate Perdoni is a multimedia journalist with Rocky Mountain PBS and you can reach them at kateperdoni@rmpbs.org. 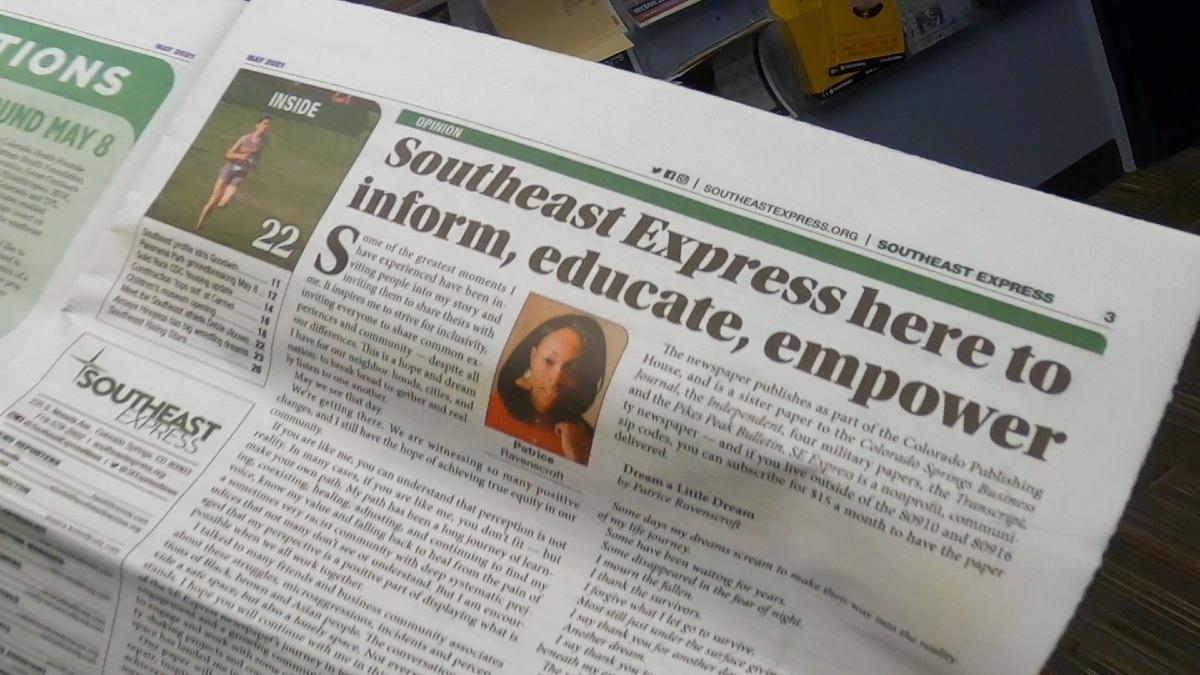 The columnist, contributing poet, and associate publisher for the Southeast Express are all one and the same. 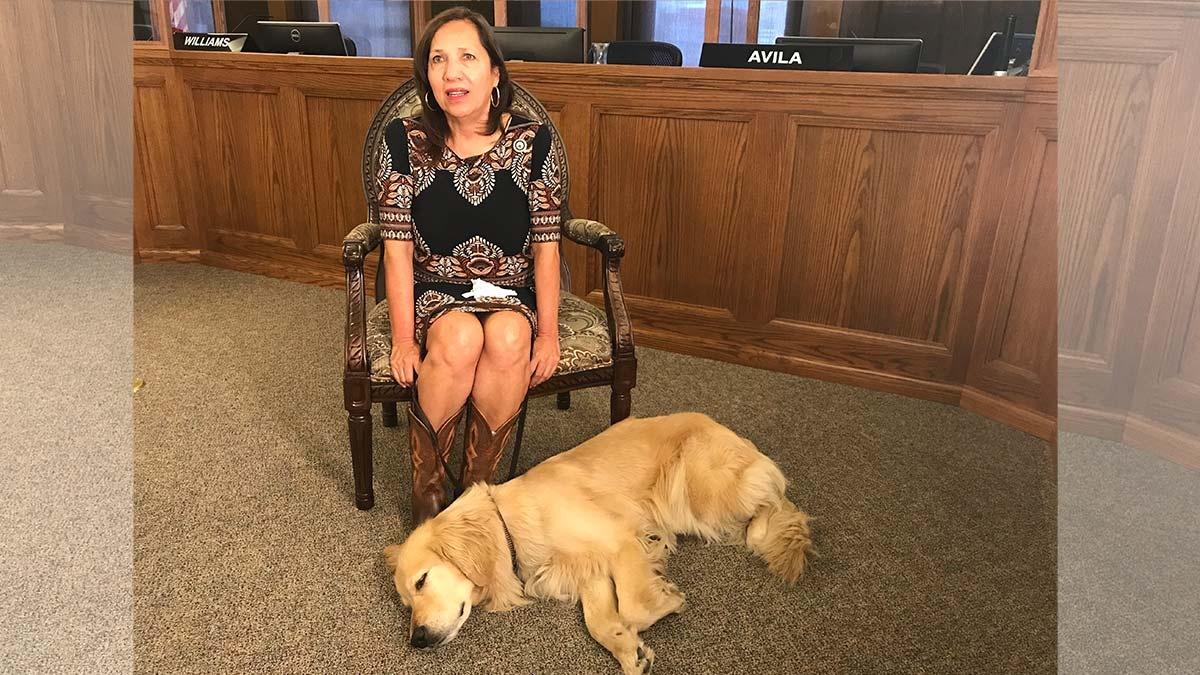 City Council Member Yolanda Avila says she had three strikes against her when she decided to run for local office: “being a woman, being Mexican-American, and being blind.”