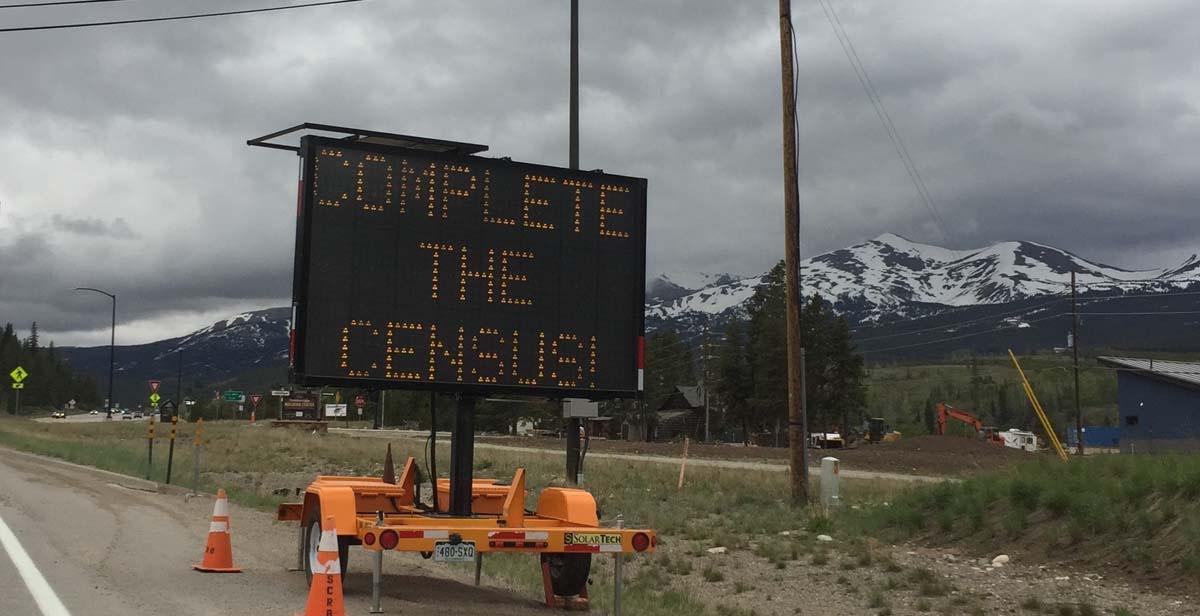 Every ten years, the federal government embarks on a project of epic proportions. The United States Census aims to count every single citizen in the country and has been conducted each decade since 1790. It is no small feat to count over 300 million Americans even in the best of times, and every single participant is important.

The State of Colorado received roughly $2300 from each 2010 Census response. In 2016 alone, the state received $13 billion in federal funding based on Census data. Once the money has been allocated, state, county, and municipal governing bodies must decide where to invest it. “Data we collect from the census really helps us to form planning and funding decisions for communities around the county and locally” said Summit County Public Information Officer Jason Lederer. Census data informs how a huge variety of services are funded: everything from healthcare resources to recreational trails to election redistricting. “It is important to know not just who lives here but who spends a significant amount of time here so we can ensure our facilities and resources support that need” said Lederer.

In a typical Census year, mountain communities in Colorado face unique challenges in counting their populations and often see low response rates relative to the state and national average. Just as the Census kicks into gear in early April, many mountain towns bid farewell to ski season and the seasonal populations that come with it. Census coordinators rush to count seasonal employees as they disperse for summer work and second-home owners as they head back to their first homes. Most counties assemble Complete Counts Committees (CCCs) to address local challenges by coordinating county resources with local organizations to ensure everyone gets counted. According to Summit County CCC chairwoman Liz Burnham, the CCCs are convened by county government and include members from non-profits, businesses, and faith organizations. “It’s really a joint effort,” said Burnham. “Everyone brings their own perspective so we can have better outreach”.

Each county’s CCC tries to address Census challenges. Pizza parties sponsored by the Summit County CCC and hosted by large employers such as Vail Resorts have been utilized in the past to count ski resort employees. Door-to-door census takers have traditionally done well to capture the presence of second homeowners. In 2020, Covid-19 hit Colorado as many local organizations were beginning to mobilize major Census efforts. Many activities and events intended to increase Census participation were cancelled outright while an abbreviated ski season saw thousands of seasonal workers and second homeowners jettison from the county. While the self-response rate to the 2020 Census in Colorado hovers around 63%, response rates flag in the mountains.

Throughout the state, CCCs have underscored the importance of participating in the Census amid Covid-19 and its economic aftershocks. “Whatever needs we had in the past have become exponentially more important now,” acknowledged Tim Corrigan, Routt County Commissioner and Chair of the Routt County CCC. Federal aid to businesses and individuals hit hard by Covid-19 and increased healthcare capacities will be a boon during the ensuing economic recovery. Agencies providing public services will require additional staffing to meet increased need. If counties under report their populations, they may not receive federal funding proportional to their needs. The US Census Bureau has pushed back the self-response deadlines to ensure communities get an accurate count and the funding they need.

Despite the unprecedented disruptions wrought by Covid-19, Census Coordinators and volunteers have adapted to Safe at Home provisions and health guidelines ingeniously. In lieu of in-person events, coordinators have pressed Census messaging tactics into services such as using Colorado Department of Transportation boards, direct mailers, and radio ads. CCCs have been working with emergency services to distribute flyers or affix stickers reminding citizens to participate to get counted. Public information offices have expanded their bilingual outreach to Spanish speaking communities. As with any disaster, unheralded heroes have swooped in to lend a hand. Routt County senior citizens teamed up to form a phone bank, placing calls to their neighbors reminding them to get counted. Commissioner Corrigan calls the senior citizen phone bank the single most important method of drumming up participation in Routt County.

No matter what CCCs do to get the word out and encourage their constituents, the burden to bolster self-response rates falls mainly on the public. When asked what the average Coloradoan can do to #savethecensus, Corrigan’s answer was simple. “Just fill out the damn Census.” Indeed, it is easier than ever to self-report: for the first time in 2020, the Census can be completed online.

Tim McCall is a Summit County resident interested in a wide range of local Colorado issues and is a self-described “Random guy who loves the Census!”