Community-loved Little Free Library changes hands, will be sticking around

EVERGREEN, Colo. — Created during a time when we all had to be apart, a not-so-little Little Free Library has cemented its place in the Evergreen community.

Despite the ownership changing hands this summer, the neighborhood isn't losing the place that brought them together in hard times.

Mary Ann O’Rouke bought the historic property in Evergreen’s Old Squaw Pass neighborhood about two-and-a-half years ago. On the property was a bigger house and a smaller cabin she estimates is about eight by 12 feet.

“The legend has it—I haven't been able to verify—the house on the property was an old church for the community when the Civilian Conservation Corps was camping there and that the pastor lived in that little cabin,” said O’Rourke.

Purchased for the history behind it, O’Rourke always had the goal of creating something on the property to bring it into the 21st century version of the neighborhood. Last year when the pandemic started, she got her inspiration.

“When COVID hit and the libraries closed, the kids up here had nowhere to go and everyone was trying to figure how to keep a sense of community in spite of having to social distance,” O’Rourke told Rocky Mountain PBS in July 2020. “So I renovated it, worked on it, restored it, and turned it into a library.”

O’Rourke charted the library with the nonprofit organization Little Free Library. The idea behind it: take a book and leave a book, all for free. Most of the time the libraries are really small, about the size of a backpack. However, the organization doesn’t have any size limits, so this one can count.

The purchased or donated shelves that line the cabin walls are crammed with a variety books for all ages. But this little renovated cabin is so much more than a book exchange: it’s a place for connection.

“It’s really become an embedded part of the community really quickly. People who have out-of-town guests that will be their first stop to bring them to see it,” said O’Rourke. “I’m like ‘Really? You want to show them the library?’”

Even with laughter and a bit of surprise in her voice, she knows this place is special, more than what you first see.

"It's kind of got this good feeling... like somebody who cared, invested themselves in that little building and it carries through to this day,” said O’Rourke. “I think people gravitate to that."

People also crave genuine interactions with others, especially in a mountain town during a pandemic. O’Rourke said it could be weeks between seeing another person last year, so this library came at the perfect time.

"I know there is one neighborhood teenager who has been one of my best volunteers, and her mom told me it was her peaceful place to go when she just needed to get away," explained O’Rourke. “That she could go and sit in there, lose herself in organizing the books and just get a little respite from the crazy world.”

The library has also made its way into the lives of the children in the area. There is a kids section of books, plus donated games and a “PokéStop.” That’s an interactive part of the mobile game, “Pokémon Go”, where kids can collect Pokémon as part of the gameplay.

This building also served as the place kids and families could come to celebrate Halloween last year when COVID-19 canceled the usual Halloween parade.

Halloween 2020 celebration at the little library 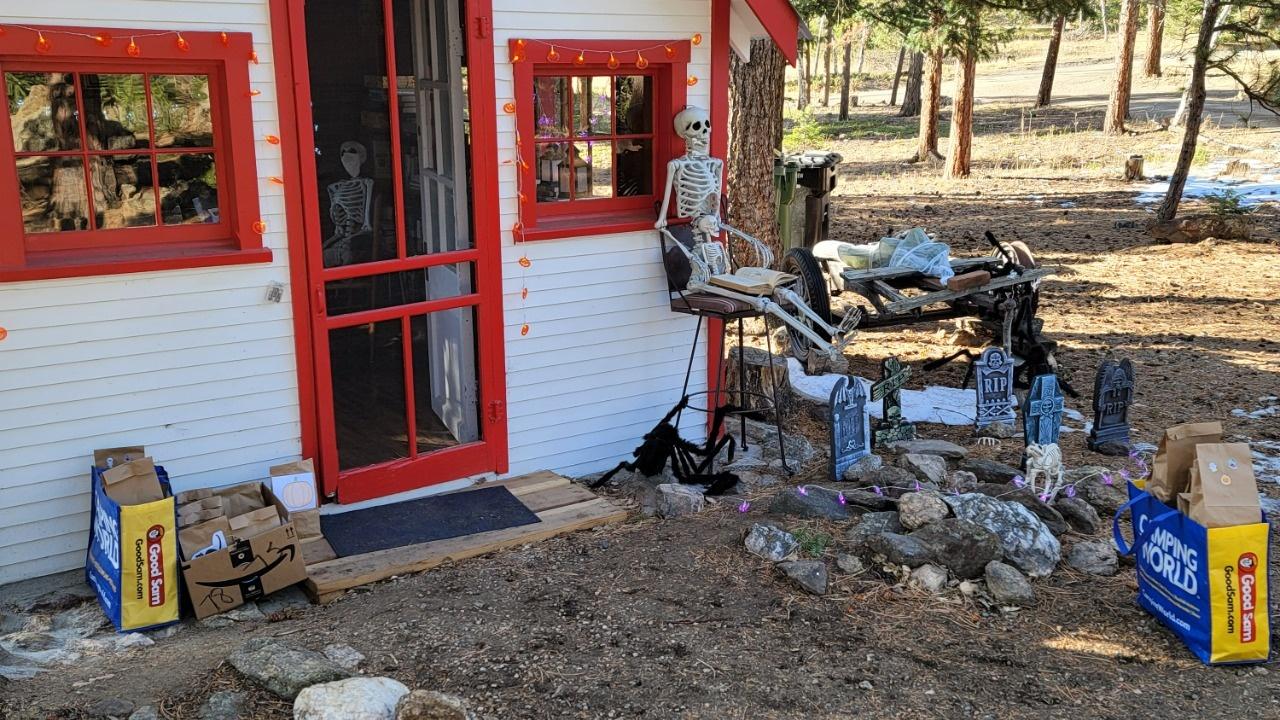 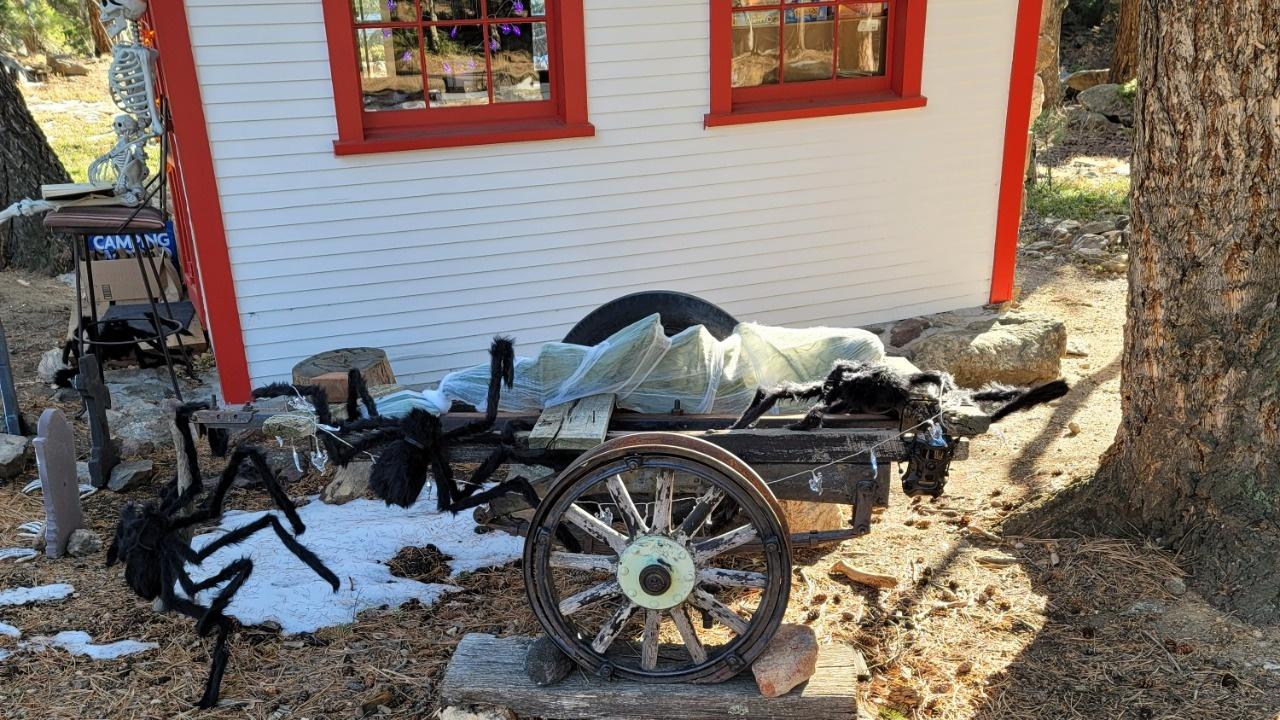 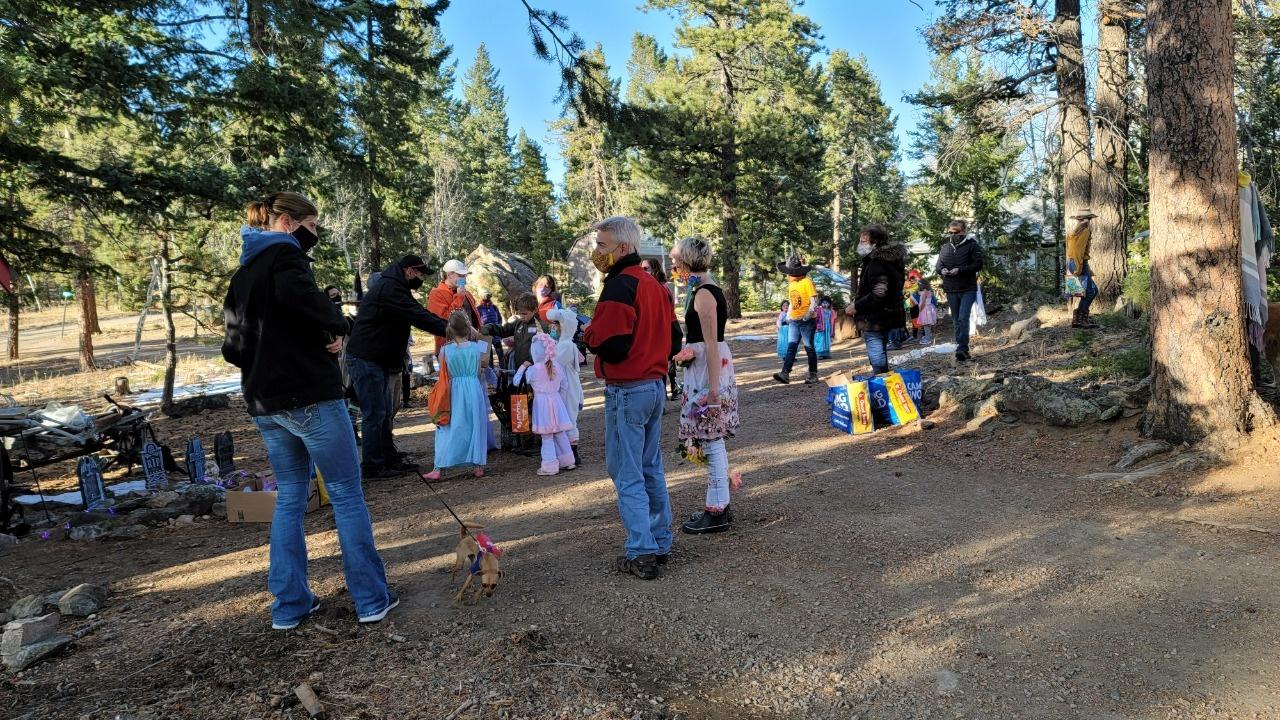 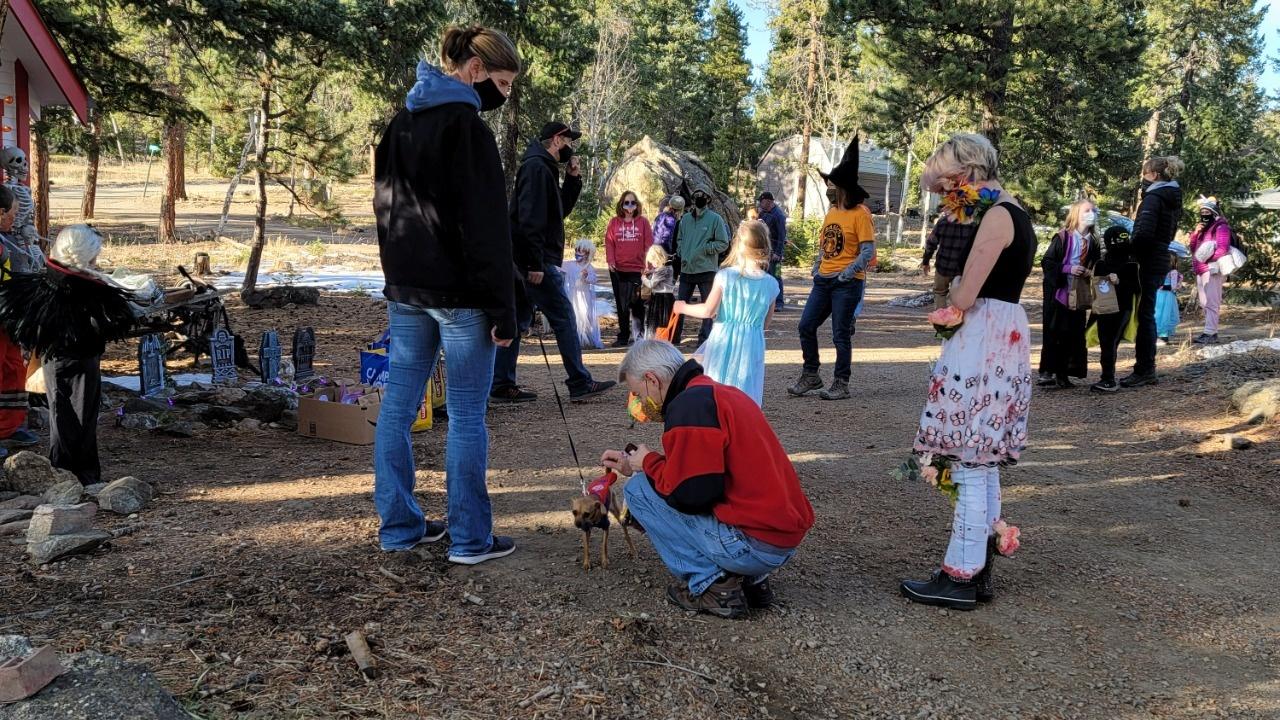 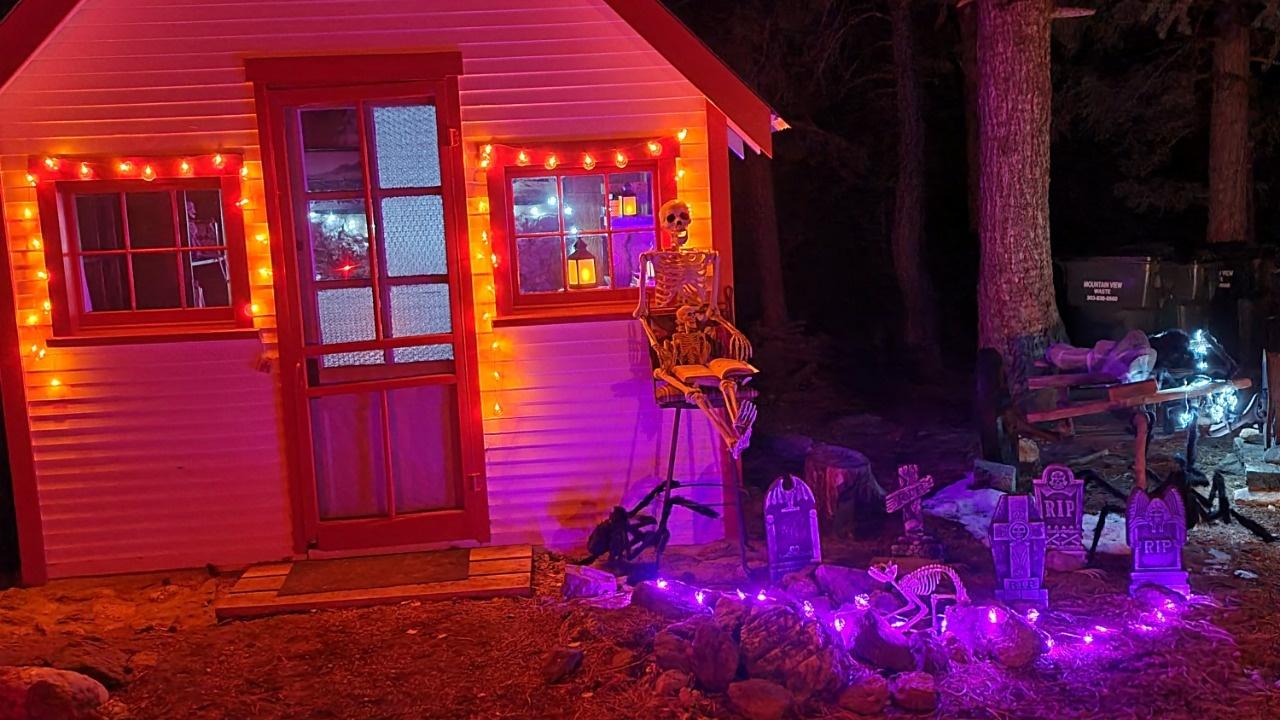 Moments like that were extra special for O’Rourke to see during the past year.

“My aunt had been an educator from the time she got out of college and was a huge advocate for children,” she said. “We dedicated the library in her memory, and I think she would've been thrilled to see all of the kids there."

While O’Rourke has loved everything this library has become, changes with her work meant she had to put the property on the market this summer. The news did not come easy to the neighborhood.

“The whole community, everyone had been so sad on Facebook saying, ‘Maybe you could find people who will keep the library going,’” said O’Rourke. “Sure enough, I think … fate and karma interceded.”

Pamela Ramadei had a very similar sentiment. She said it felt like the property went on the market at the perfect time, and it almost felt like she and her husband, Rich Jewett, were meant to own it.

"The neighborhood deserves that historic house and library, and we were just the people for that," said Ramadei.

She said they took some time and debated whether to buy the property and that she worried her hesitation would cost her the place. But eventually, Ramadei and Jewett were able to put in a bid and it was accepted.

Now they are just getting things going with their new home, and Ramadei said they plan to keep the library going for the community. They also plan to live part-time in the house on the property. The rest of the time they plan to rent the home out to visitors with hopes every guest walks away with more than a typical stay in the mountain town.

"We plan to put out historical information in the cabin to talk about it being a church during the Conservation Corps days," said Ramadei. "We hope families come to fully enjoy the place."

Whether it's the new owners, the previous one, or the neighbors surrounding the Little Free Library, it's has seemed to instill a feeling of community with every one who comes across it.

“I think it kind of restored my faith. As crazy as this world is getting and as angry and unhappy as so many people seem to be, if you opened your heart and tried to invite people in, there’s a need for that and they’ll come it and embrace it," said O’Rourke. “The world is not all bad. There are some really good people out there and they’re looking for a place to get together." A little library in the forest connects neighbors during Covid-19

A woman's innovation to create a big Little Free Library becomes a centerpiece of the community.