A call for citizenship and justice for all immigrants

“This is not a negotiation.”

“People are suffering, people are tired of waiting for a bipartisan deal to come together.”

The messages are clear from dozens of Coloradans: give immigrants justice and citizenship.

Colorado Immigrant Rights Coalition (CIRC) held a rally on Saturday, September 25 in downtown Denver in an effort to alert the state's political leaders about their demands. The organization is asking for citizenship for 11 million immigrants, justice for refugees, and an end to deportations and family separations.

“This is not political where you are from one side to the other side. We want to make sure that they understand we’re talking about people — essential workers, families being separated,” said Beatriz Garcia, the program manager for the nonprofit Compañeros: Four Corners Immigrant Resource Center.

Garcia, like others, is demanding action now to help the immigrant and migrant community, a topic that has been a battle for CIRC and so many others for years.

March for immigrant rights in Denver

A march in Denver calls for more rights for immigrants.

Back in 2006, tens of thousands of people marched from Viking Park in northwest Denver to the Capitol building calling for justice for immigrants. This weekend, 15 years later, activists made that same march asking for many of the same rights and protections.

“Now more than 10 years later we’re still asking for the same thing,” said Laura Peniche, the hotline manager for CIRC. She has been living in the U.S. for almost 25 years undocumented. She still sees so much work that needs to be done.

A most recent frustration for CIRC is President Biden’s administration deporting thousands of Hatian immigrants when that country is dealing with a convergence of crises — a presidential assassination, an earthquake and chaos on the street. Last Thursday Daniel Foote, the U.S. special envoy to Haiti, resigned in protest. Foote called the handling of migrants in Del Rio, Texas, “inhumane” and “counterproductive.” Just days before that, photos and videos were released online of a border patrol agent on horseback using his long leather reins to lash at Haitian migrants along the U.S.-Mexico border.

[Related: How the explosion of Haitian migrants is affecting the crisis-torn nation]

CIRC released a statement in response to these events at the border saying in part: “Haitian migrants are refugees seeking safety and a better life in the U.S. and they should be treated as such.” The statement went on to criticize the Biden administration for the massive deportation.

“We must continue to banish the hateful rhetoric that surrounds immigrants presented to us by the government and media,” said Eriko Tsogo, a Mongolian American cross-disciplinary artist who spoke to the crowd on Saturday. “Today is a call for coexistence, for an ideal world in which individuals can be united in celebration of our distinctions and of our common humanity. We demand citizenship now. It’s time for Congress to formally recognize undocumented immigrants as the Americans we are.”

CIRC has done a lot of work already with Colorado political leaders to get more action for immigrants in the U.S. In March, the group was part of a march in Washington, D.C. advocating for the same rights for all of those in this country. They also met in-person with Congressmen Jason Crow, Joe Neguse and Senators Michael Bennet and John Hickenlooper.

“They were all very, very supportive and they have committed to continuing to work with us to create a path to citizenship,” explained Peniche.

CIRC says that the march in Washington had participants from all over the world.

When this large group marched and chanted down the streets of Denver, you could see all different people joined the cause. Many emphasize the importance of standing together.

“Me as a Black man seeing how many indigenous people and Latino people came out for Black Lives Matter last year,” said Terrance Roberts, a community activist, “We’re here in solidarity with immigrants, migrants and with them having full rights here in the United States.”

Everyone at Saturday’s march and rally knows their efforts didn't end after the march. As so many said, it has already been a long fight for more rights for those who come to the U.S. But the work is worth it, they said, as it could make such a difference for local communities.

“So many people could benefit from having a status to be able to come out and work to be a part of society, be part of the community fully — without having to hide,” said Peniche. “People are still getting deported, people are still in immigrant detention centers where they suffer harsh conditions but this administration is expelling them and they’re getting turned away and getting sent back to those deadly conditions. We can’t do that. We can’t not allow people to live. We have to give them a chance.” 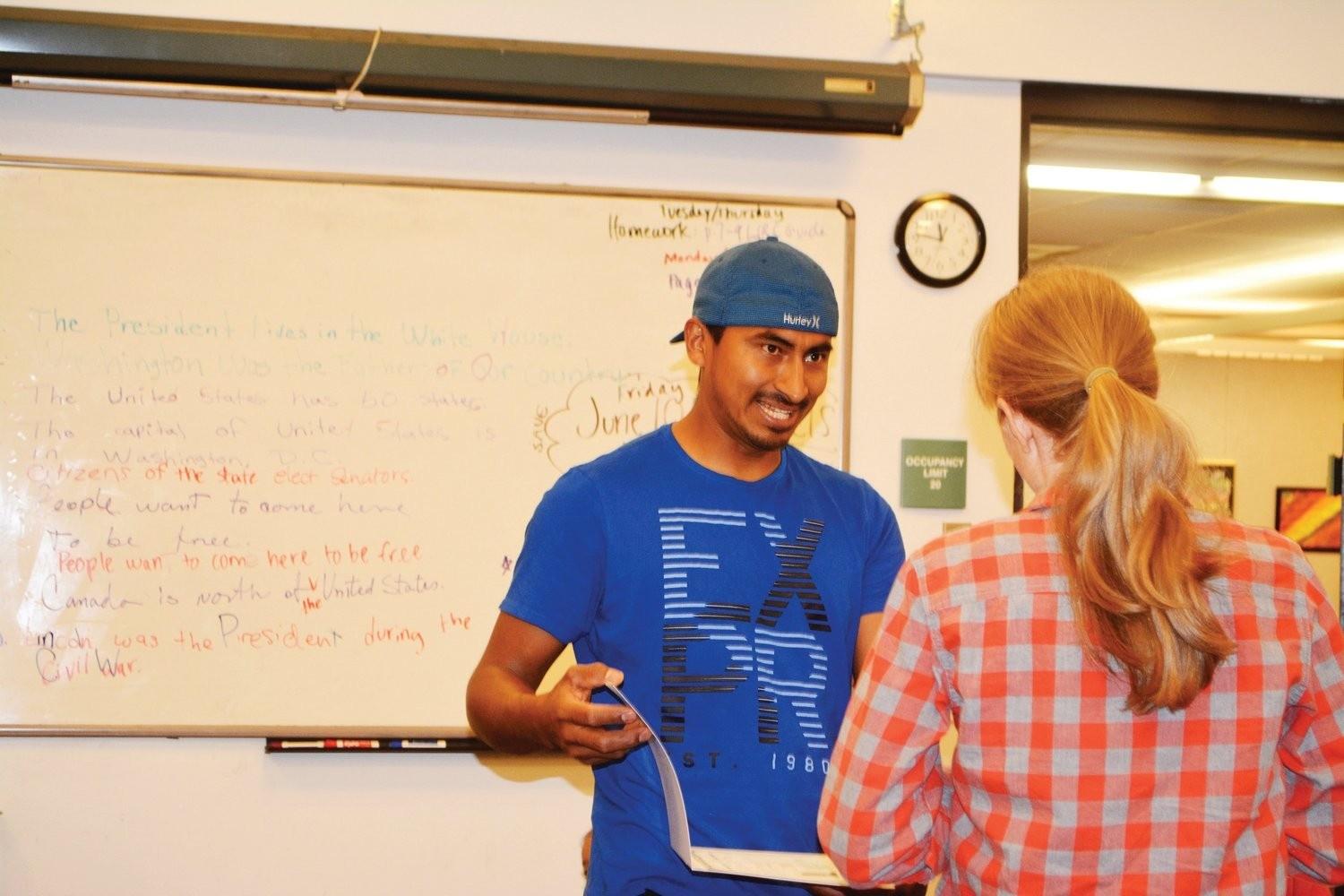 Here's the latest on the fate of Haitian migrants in Texas