AURORA, Colo. — Black youths in Colorado believe that Martin Luther King Jr.’s message and legacy are something that everyone can still learn from. In interviews with Rocky Mountain PBS, four children said they try to apply King's sermons and teaching in their everyday lives.

Siblings Caroline and Ellington Garland said that King's public teachings were all about equality and the importance of diversity and representation.

Caroline, 17, wants to attend a university to become a veterinarian and open her own practice one day. Her younger brother, Ellington, 16, said he has aspirations of attending medical school to become an orthopedic surgeon.

The Garland siblings explained that if Jim Crow segregation were still in practice today, those dreams would possibly be out of reach, and they wouldn't see themselves represented in roles in predominately white spaces.

Caroline said she is proud to be Black, and that she is especially appreciative of the history of HBCUs.

“What I’m most proud about is Historical Black Colleges because we weren’t allowed to learn, so we said, ‘Hey! Let’s create a safe space where Black kids can learn and get an education and learn to get these better jobs!’ And so, since we weren’t in the PWI’s [Predominately White Institutions], we created institutions for Black children to learn.”

[Related: The history of HBCUs in America]

Ellington said it was King’s perseverance that inspired him most.

“Not many people can be wrongly imprisoned, not many could survive being away from family too long, and the death threats to his family to his children, his wife, or to people around him. And the ability to maintain his poise and presence, and never show what was happening getting to him, that’s something no one talks about," Ellington said. "You know it affected him mentally. I think that’s one of the biggest things overlooked about Dr. King. He was of few men who [ever] experienced this.”

Ellington continued, saying he was impressed at King's ability to “come out after that and be a family man and still be able to have all these great stories about him, and to have a large impact not only in the United States but being a world figure.”

King's family, meanwhile, said Congress should show respect to King's legacy by passing legislation to strengthen voting rights. Senate Republicans are unified in their opposition to the bill, and two Democrats, Sen. Joe Manchin of West Virginia and Sen. Kyrsten Sinema of Arizona, are opposed to changing Senate rules that would let Democrats pass the legislation without the Republicans.

Rocky Mountain PBS also spoke to Gavin and Zoe Ross. They were both asked about the impact King had on their lives. Like the Garlands, Gavin and Zoe are siblings. In speaking about King's legacy, Gavin and Zoe highlighted the importance of diversity.

“Diversity is very important because it gives us very many views and different aspects of something because everybody experiences things different than others, right? And it’s important to experience that different viewpoint, and everybody can grow,” said Gavin, who is 12 years old.

“It’s important to be friends with different people because you can teach them new things, and they can teach you new things," she said.

As for Ellington, he hopes that King’s sermons and speeches will never be forgotten. “Him being a figurehead, and as prominent as he was, allowed the civil rights movement to blossom and Black people to flourish.” 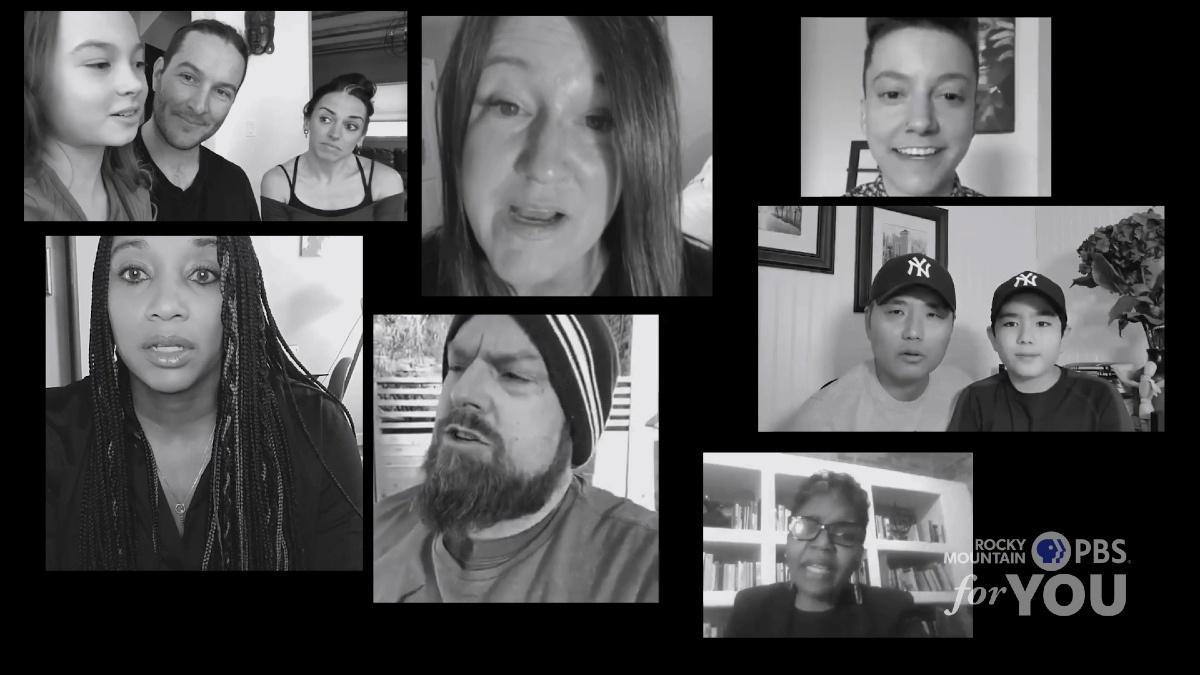 How has Dr. King impacted your life?