DENVER — “Someone’s life story could be someone else’s survival guide,” said Marie Escalante, of Thornton. Now, she is sharing her story — one where a global pandemic and a cancer battle led to a struggle to keep food on the table for her three children: 10-year-old twins and a 14-year-old daughter.

"Even after chemo treatments I was down for the count," Escalante explained. She had developed neuropathy — pain and numbness due to nerve damage — in her legs and was often extremely tired.

"My oldest daughter said, 'Mom, I can cook.' And I would tell her, you know, 'I'm still your mom, you know, I'm going to do the best I can to make sure you guys have proper meals prepare and whatever... you're only 14 and I'm not trying to have you take the weight of the world on your shoulders because I'm sick,'" Escalante recalled.

That's where Colorado Food Cluster came in. The nonprofit was born out of the pandemic in August 2020 as a way to address the need of kids who were receiving free food at school but then didn't receive the meals while learning remotely. The organization started putting together boxes of food that included seven dinners, snacks, milk, preparation instructions and QR codes for online learning to families. CFC delivered these boxes to people all over the Denver metro area, Colorado Springs and several other locations.

Now, that service is in "jeopardy."

“As an Indigenous woman and growing up in a very low-income family, I definitely saw the struggles my mom had to go through in accessing meal programs and health care,” said Kristen Collins, one of the founders of CFC. “When I worked in [Denver Public Schools] with the Native families there, their biggest complaint about family engagement was, ‘You’re always asking us to come to you.'"

Collins and co-founder Dominque Barrera explained to Rocky Mountain PBS that it is not realistic for schools to assume parents or kids can pick food up from any location. Understanding that barrier first-hand due to their own childhood experiences, Collins and Barrera started CFC and said they have successfully delivered meals to nearly 36,000 individual students.

“It’s not always easy to go to your nearest grocery store or any store, especially in high food desert neighborhoods. And I just remember growing up myself, we would go the 7-Eleven and get all that junk food because the Safeway was too expensive and King Soopers was just too far for us to reach,” said Barrera.

The funding goal for CFC was to support the PEACE Collective, a group of BIPOC education leaders who wanted to provide additional resources to the families they were serving. Collins, Barrera, and other community leaders — PEACE Collective, Denver Food Rescue,Revolution Foods, Bondadosa and several schools across the state — then formed the CFC.

Collins also shared proudly that the CFC staff consists of only Black, Indigenous, and people of color. Because of this diverse staff, Collins said this is why she and the rest of the team know how to serve families of color.

"We know how to engage with those families to see what works for them and come to them where they’re at, instead of what's historically been done which is this normal model of, 'Come to us if you want this resource,'" said Collins.

Despite the success, Collins shared CFC's operations are currently in "jeopardy" because "several flexibilities afforded" during the first part of the pandemic are no longer available. This means CFC made their final food deliveries to families in May.

The organization is funded through the Child Adult Care Food Program and the Summer Food Service Program. Both programs are authorized under the Richard B. Russell National School Lunch Act, which had allowed for that flexibility Collins mentioned.

Collins and Barrera said CFC submitted a waiver to Colorado state agencies that have been forwarded to the Department of Agriculture so CFC can continue, as per the new rules. As of June 7, there has been no decision made to approve the request to continue.

More information about which waivers are needed for CFC to continue to deliver meals:

Collins said since CFC is no longer able to deliver, they have forwarded families to other resources to meet their food needs. Still, Collins, the other leaders at CFC and the families who have benefitted from the meal deliveries — like Escalante and her family — are desperately hoping the delivery service can return.

“Keep it going. Fight for this food for these babies and for the people that can’t get to the food banks and the places that they can’t be, please let them continue to deliver the food to those families," said Escalante. "We just have to keep fighting and praying that we let it happen or those families." 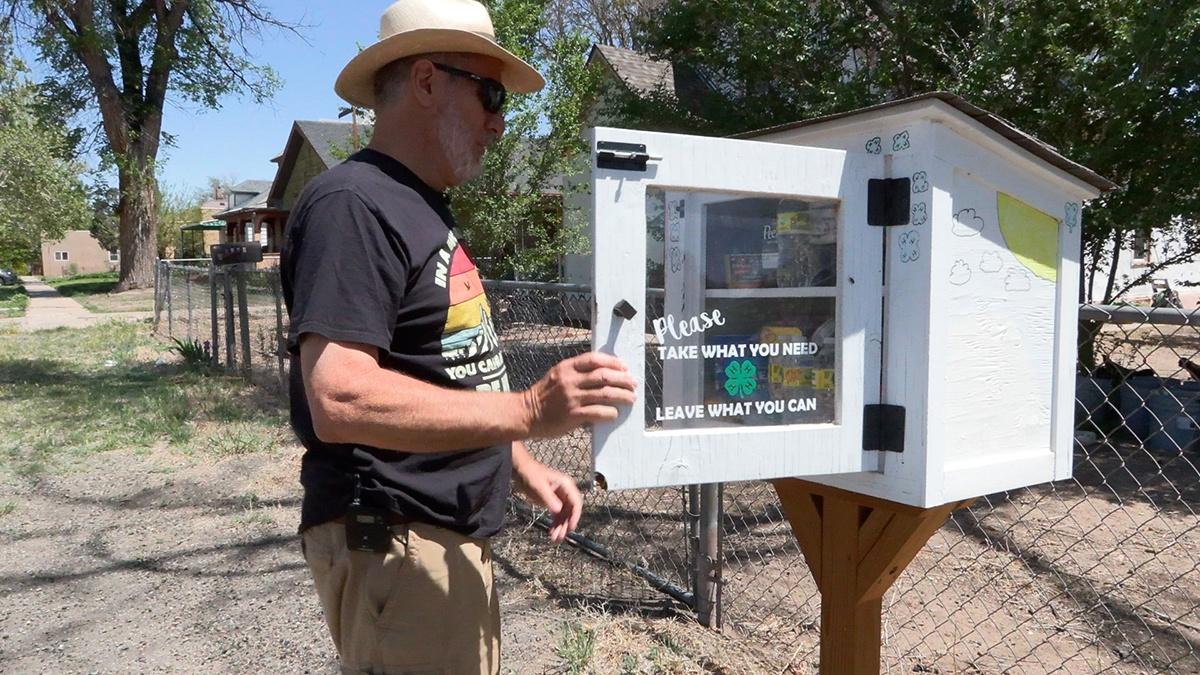 Denver organization works to make healthy living affordable for everyone

Healthy Denver Inc.’s main mission is to help people in underserved communities find some stability when it comes to their physical and mental health.