“What an artist does is they take the imagination, and it goes through your eyes, to your hands, onto a canvas,” Lockhart says. “So we think it, and then we make it.”

Lockhart has been an artist for most of his life. He first became interested in art as a young child. He saw some of his cousin’s drawings and was mesmerized by them. He decided to pick up a pencil and try drawing some for himself.

He sits at his kitchen table and starts taking out old drawings, spreading them on the table. “As most kids, I started off with cartoons. A lot of my teachers would find a liking in me and really push me and encourage me,” Lockhart says.

These drawings are from the 80’s and 90’s. Lockhart continued to hone his craft through high school and graduated from college in Arizona with a degree in graphic design. After moving back to Denver Lockhart had trouble finding a job in his field. He took odd jobs and moved around over the years, but continued to practice sketching and painting.

“It wasn’t until about 2000 that I really got that bug to really draw,” Lockhart says. He threw himself into his work and has been a full-time artist for four years now.

He works in many different mediums, including acrylic, oil, and watercolors on paper, canvas, and wood. “I’m a mixed media artist so I collage a lot of imagery into my work,” Lockhart says. You can find real coins, plastic flowers, jewels, and other textural elements in many of his pieces. He classifies his style as a combination of realism and cubism.

Lockhart draws inspiration from many places. A lot of his work is influenced by media; music, films, and television. He’s also inspired by conversations, religious and biblical themes, and what’s going on in the news. “We’re writing history,” Lockhart laughs, “we’re painting history.”

A piece called “The Great Backfire” shows a white hand shaking a black hand. The black hand is also a gun. Lockhart points to the white hand, and the buttons on its sleeve, “this represents upper elite America, the people who control everything and set everything ablaze.” He gestures towards the whole painting, “it also represents police gun violence.”

Finished paintings line the walls of his basement studio. Lockhart puts a large canvas on his easel. There’s already the outline of a man in blue pencil. “Most canvases are white. I’ll take a canvas and paint the whole thing black,” he says. He looks at it as starting with nothing and building the concept from there. He goes in with white paint. “I start with my highlights… and then I start moving into my other colors.”

Lockhart sees painting as his superpower, and his responsibility. “You have to use your gift wisely,” he says, “I think your gift as an artist is to help someone else… and as humans, from all the cultures that we come from, It’s our responsibility to share what we have with others.” 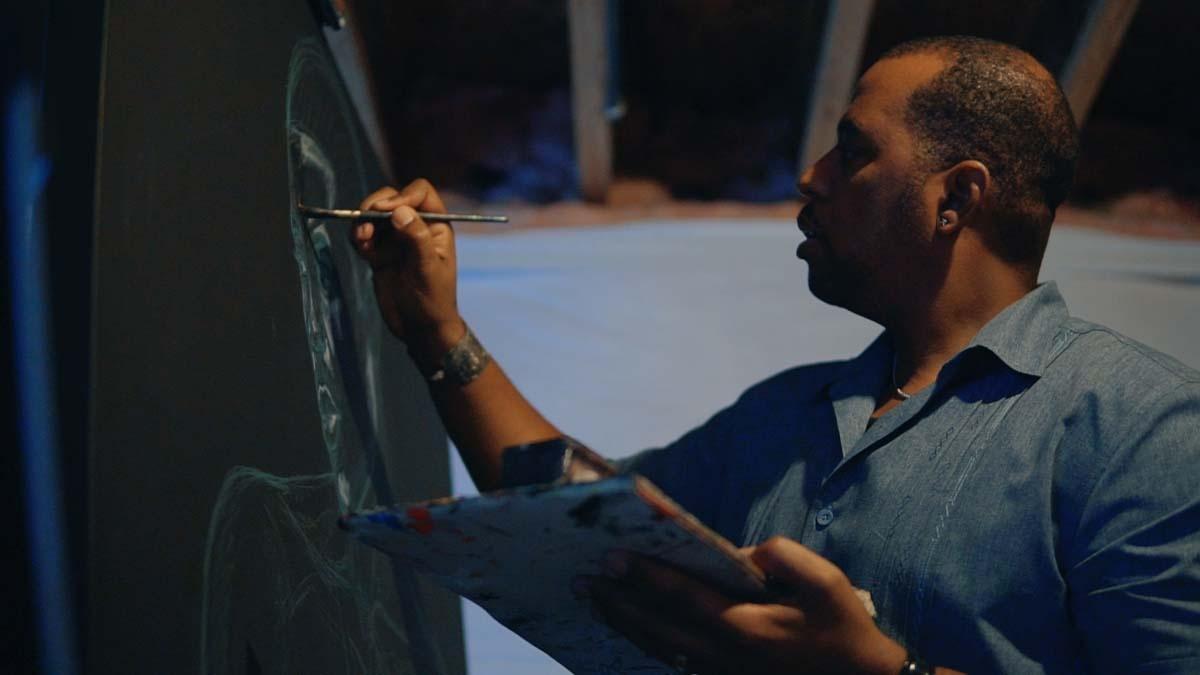 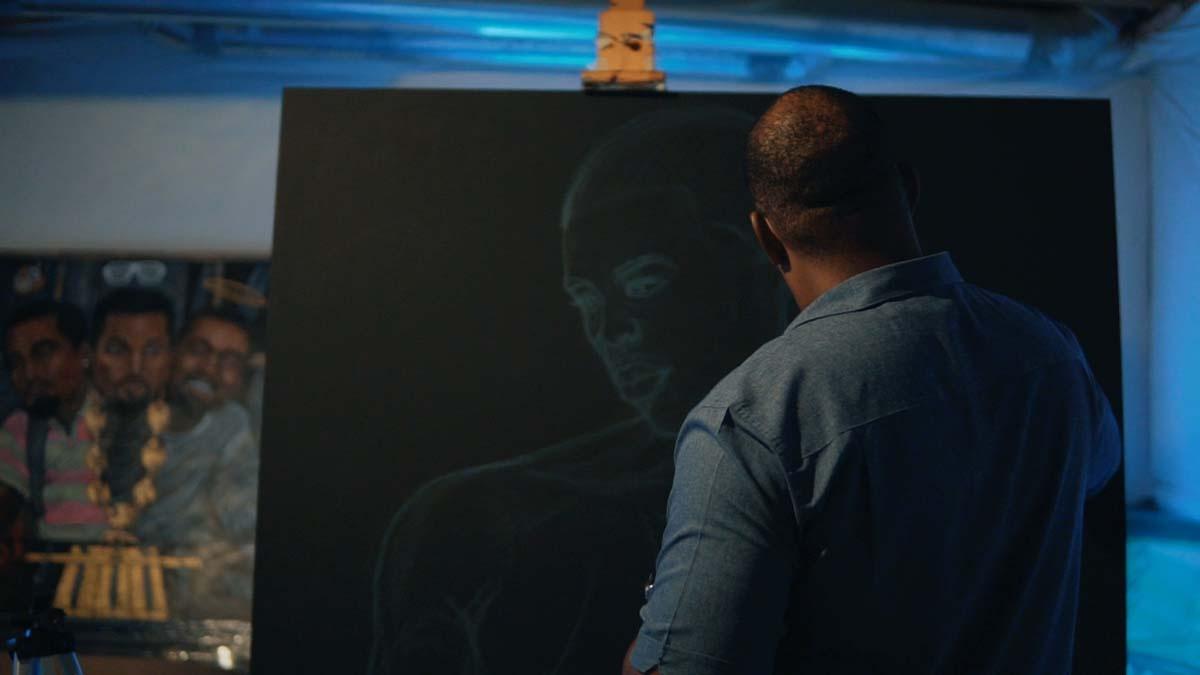 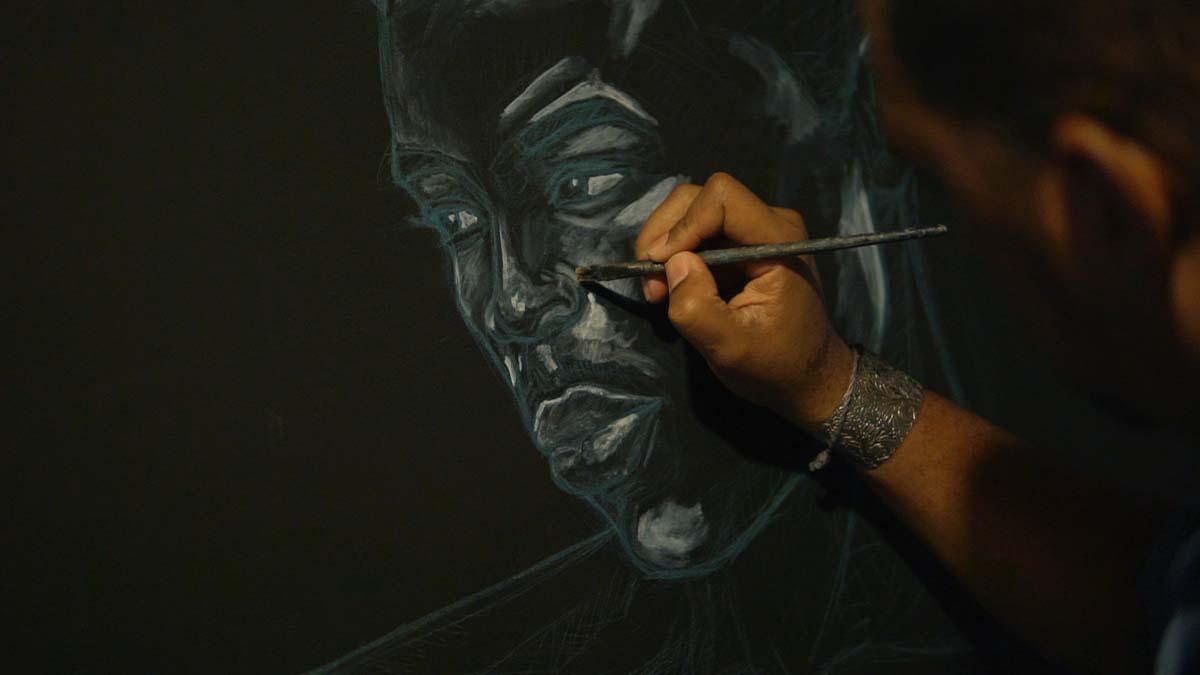 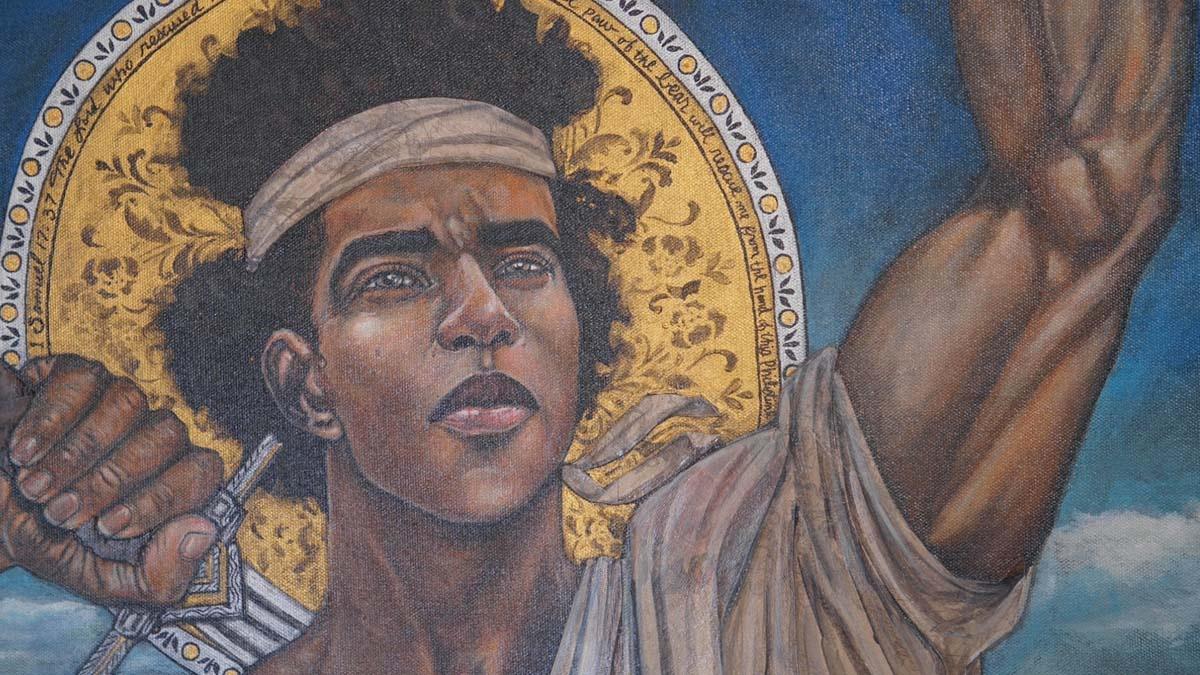 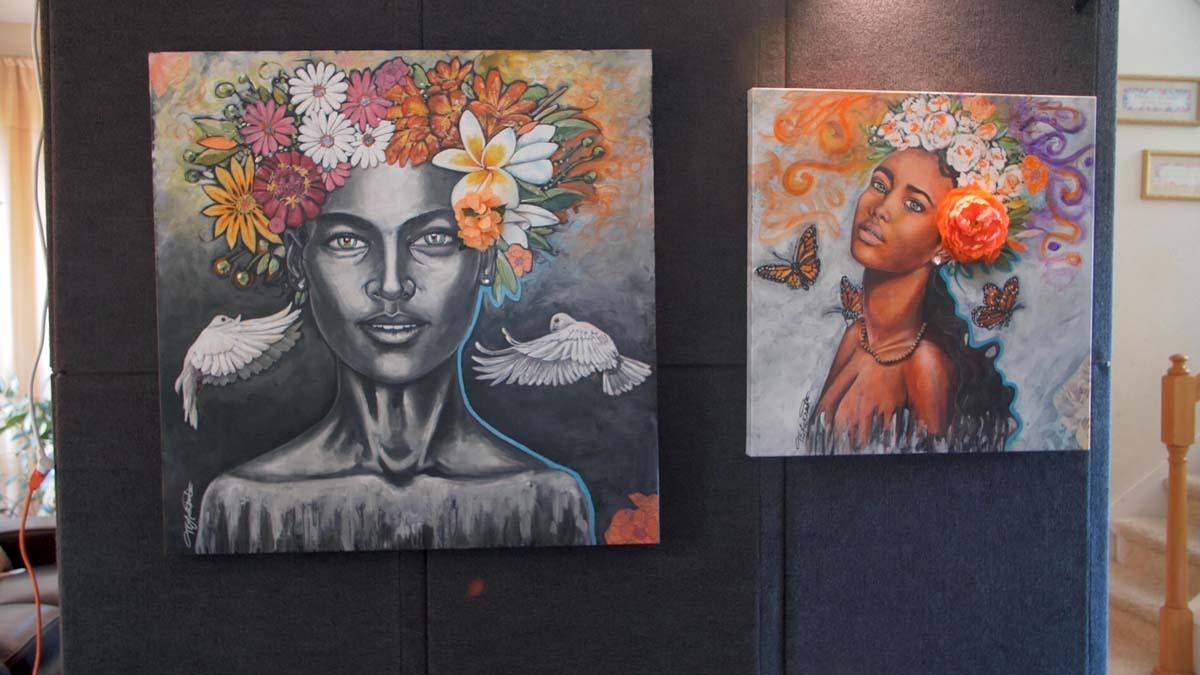 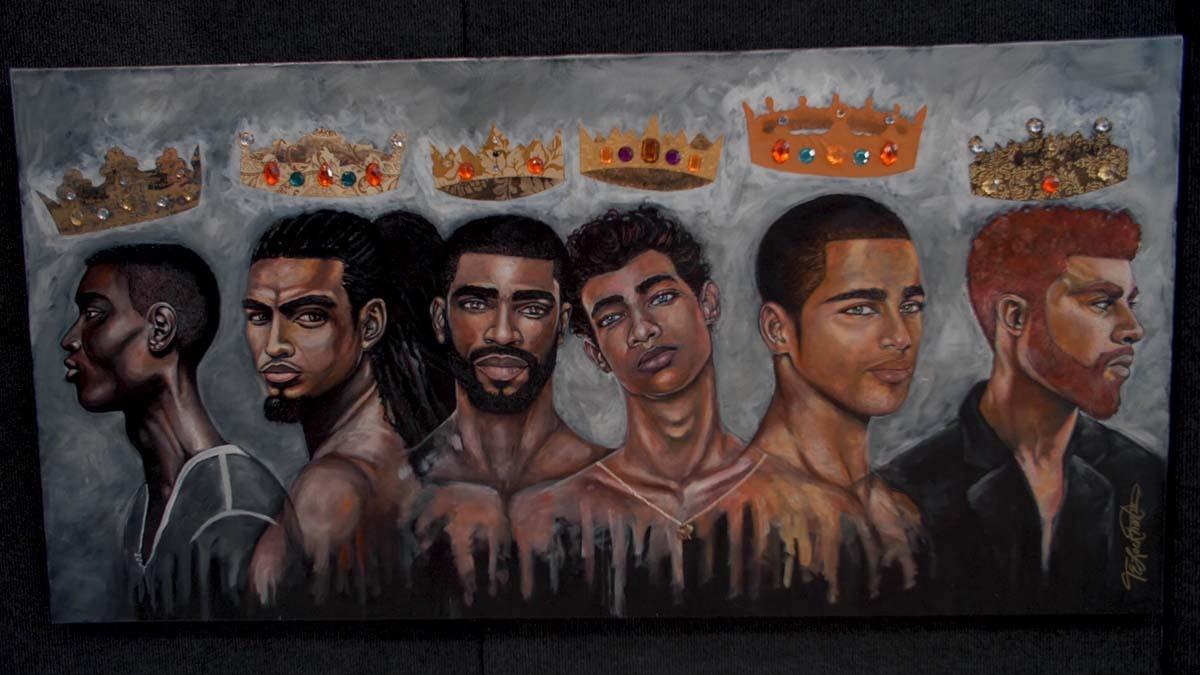