SILVERTON, Colo. — Colorado’s San Juan Mountains are home to about 15,000 abandoned mines, according to Rory Cowie, the president and owner of Alpine Water Resources.

Several hundred of these abandoned mines are in need of a cleanup, which is something multiple federal agencies are working on. Cowie refers to these mines as “legacy mines”— mines that are no longer in use.

“They either have draining water that's of poor quality, or they may have a bunch of mine waste or tailings ... near them,” Cowie said. “And so, for the past 25 or 30 years, there's been efforts to clean up these mines, but there are a lot of them and it takes a lot of funding.”

But Cowie has a low-cost, natural solution in mind: the American beaver.

Beavers could help clean Colorado and the West's abandoned mines

As a hydrologist for more than 15 years, Cowie has worked with and alongside beavers. His recent work has led him to the San Juan Mountains.

“There's been a collective interest [in] and understanding [of] how supporting and increasing beaver habitat and populations within this watershed could potentially improve the overall watershed health,” he explained, “but also maybe help address cleaning up some of these legacy mines.”

Beavers are known to be keystone species, meaning they are critical to their ecosystem and the other species within it. In the case of the beaver, their engineering skills build vital water areas.

“They attract and increase the biodiversity of wildlife coming into those areas, which is really important to the overall ecosystem health,” Cowie elaborated.

The animals also improve water quality. When water sits in beaver-built ponds, it soaks into the ground and the porous earth acts as a filter before the water re-enters the water system down river.

These ponds also help slow the flow of water, which helps with filtering and erosion. “By slowing the water down in some of these tributary headwater areas, it helps to settle out excess sediments and suspended materials that are in the water,” Cowie clarified.

Slowing water flow will also be helpful in the face of climate change. Warmer conditions mean less snowpack and therefore less runoff, leading to dryer rivers in the late summer and fall.

“By increasing the beaver habitat in these headwaters, we can slow down that and capture the snow melt over a longer period of time in the summer and slowly release it to the rivers. So, by late summer there's more water in the rivers than there may be now.”

All these functions could help in the long-term, expensive process of mine cleanup.

Many of these abandoned mines could collapse at any time. Dilapidated structures and sediments block mine entrances. Behind these blocked openings, “discolored and metal-laid waters” collect and, eventually, the pressure and water levels could increase enough to push through the blockage and run downstream.

But with a healthy population of beavers, such releases could be captured in pond systems and filtered out before reaching other water systems downstream.

Of course, not everyone appreciates the beaver. Their dams can cause flooding, damaging roads and crops. Because of that, beavers have been treated as a nuisance for over a century.

“Our culture didn't settle on this landscape with a true understanding of what it should look like because [beavers] were removed,” Cowie said.

Prior to the extensive trapping that began in the early 1600s, it is estimated that there were once 100 to 200 million beavers in North America. But European arrival and expansion, driven in-part by the fur trade, significantly dwindled their numbers. Today, the species has recovered to a population of about 10 to 15 million.

As the beaver population recovered, habitats were reestablished within the animals’ historic range, which were by then home to a variety of human infrastructure.

This is why Cowie hopes to educate people about the beaver. He has become involved with the Colorado Beaver Working Group, a group of scientists, land agency members, concerned citizens and more who are trying to expand beaver habitats for the benefit of the environment.

Cowie understands it will take a collaborative effort because, as he said, “beavers don’t follow property boundaries.” This means also working with private landowners and federal land agencies to figure out how to properly manage populations.

But the beaver isn’t just a great long-term, cost-effective solution for mining cleanup. Healthier watersheds are also important to economies downstream, whether that be clean water for agriculture or wildlife viewing opportunities for ecotourism. And as long as there is good habitat, beavers will continuously maintain a dam and pond.

“Engineering has been a huge part of how we manage our water. We’ve been building dams and reservoirs and hydropower and bridges and infrastructure for many decades. And when you take a step back, you realize that beavers are nature's engineers,” Cowie said.

“And I think there's a lot to be learned from nature's engineers.”

Clarissa Guy is a multimedia journalist at Rocky Mountain PBS. You can reach her at clarissaguy@rmpbs.org. 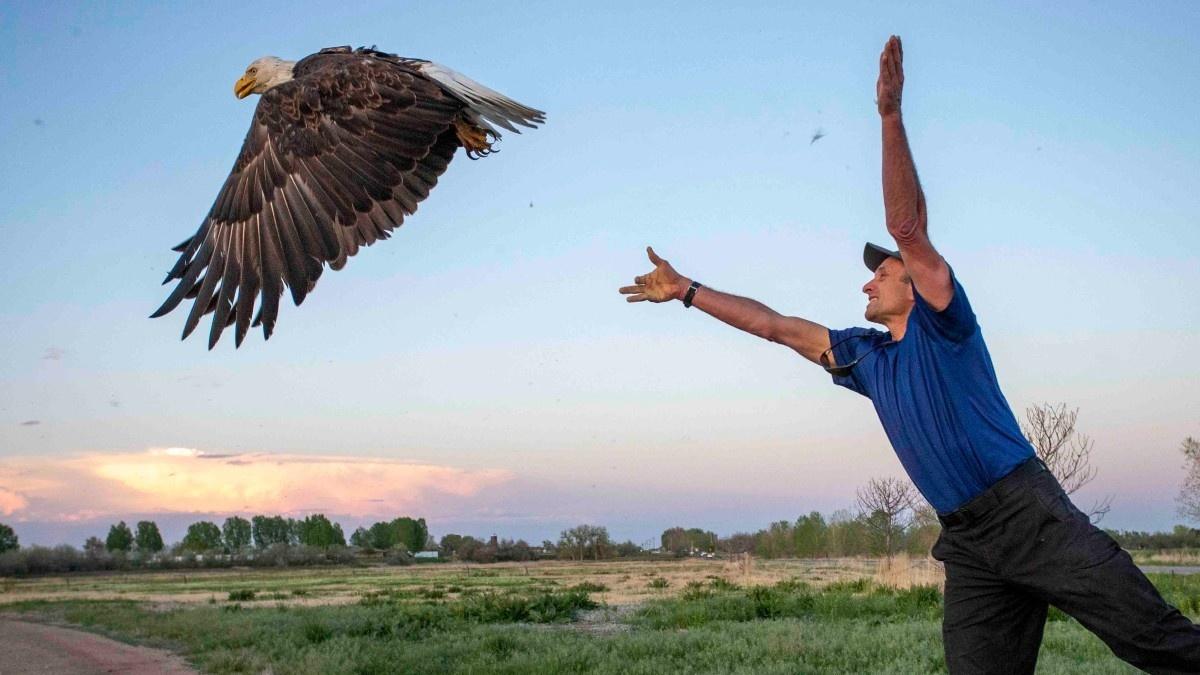 Colorado’s bald eagle population is booming in urban areas. The state is trying to figure out why.

This explains why bald eagles have become a common site in Denver's parks.