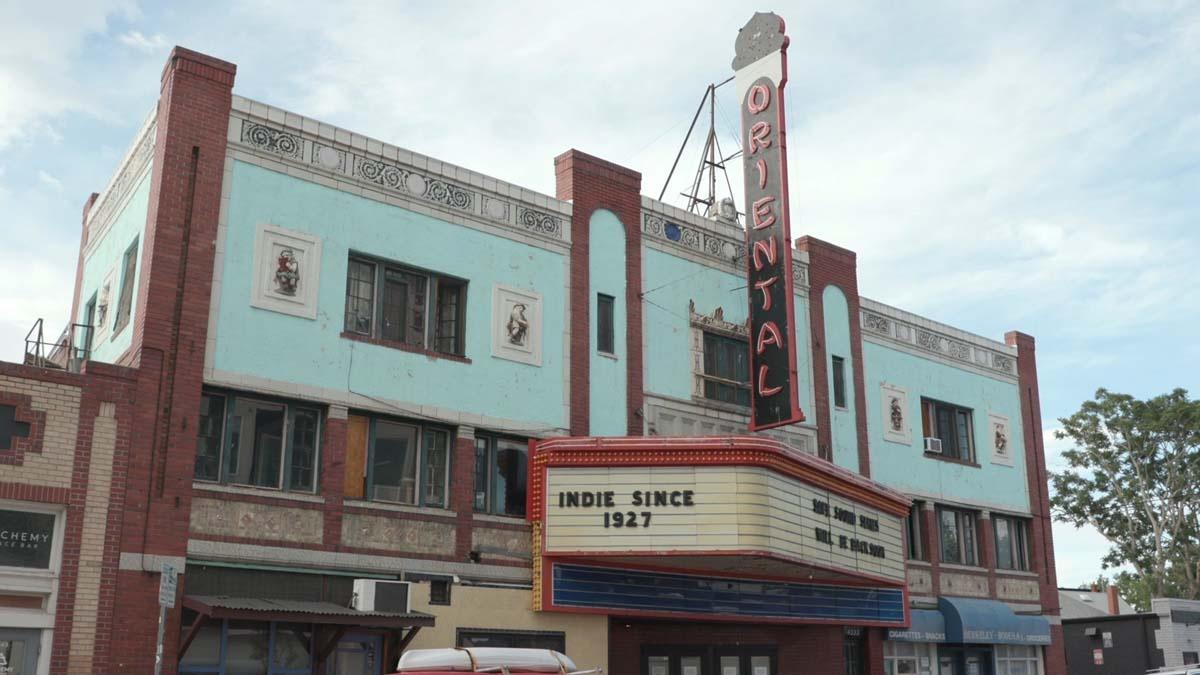 When COVID-19 struck, and Colorado shut down in mid-March, small music venues across Denver were among the many businesses facing revenue loss and employee layoffs.

After almost four months of closure, bars and clubs were allowed to reopen, only to have to close again two weeks later due to a spike in COVID-19 cases.

Still closed today, music venue owners wonder just how long the closure will last. Musicians, club, and production staff have all been affected, but there's a bright spot at the Oriental Theater, at 44th and Tennyson streets in Denver.

The Cast Iron Queens is led by veteran singer Erica Brown. They're a newly formed group of musicians, pumping out soul and blues music to their virtual fans.

“In March, when everything was starting to happen, things were starting to cancel, I was just thinking how worried I was not just for the Oriental Theater, my venue, or other independent venues around Denver. I was worried for these local musicians and production crews and all the other people that it takes to put on a concert,” says Bercaw.

Bercaw, a board member for City Park Jazz, led the way using his venue to continue the City Park Jazz series via the streaming concert method.

“We can't get together to rehearse and create music. So, I'm sure for a lot of musicians just like us, everything came to a screeching halt. You try to write on your own, you try to create on your own, you're trying to figure out how to create via Zoom,” says Merrian Johnson, a singer for the Cast Iron Queens.

Lead singer Brown adds, “We've all been supporting each other as all of this has been happening. We do the mental health thing. We do regular check-ins with each other to make sure that we are all OK.”

The production staff for live music also has taken a major hit. “It's been a rocky ride. Basically, 90% of our income comes from doing event production. We do sound for festivals like City Park Jazz or the Underground Music Showcase or the Westword Music Showcase, and of course this year all that stuff went away,” says Colin Bricker, owner of Mighty Fine Productions.

They’re learning how to adapt. “We've pivoted to doing more of this recording studio and live stream production,” Bricker adds.

The City Park Jazz streaming show taking place at the Oriental Theater provides a nice reprieve from the COVID-19 silence. “This is the first opportunity we've had to come back to what feels like coming to a stage to perform. This was a little different and a special treat,” Johnson says.

The audience is only the production crew, but Erica Brown says that doesn’t change the way she performs. “You play for three like you play for 3,000. Never ever alter that because you never know which one of those three people might be the three people to change your life.”

Music might be the main thing, but it’s not the only thing as the theater hosts anything from weddings, to film festivals to comedy shows.

As a board member for City Park Jazz, Bercaw contributed to a decision that affected all parties involved with the canceled concert series.

“We felt as a board that we were in a pretty unique position to compensate all of our artists and production crew. So, it was unanimously voted upon by the board of directors of City Park Jazz to pay all of our contracted musicians and production staff,” says Bercaw.

But even as this evening of music happens, a dark cloud still looms over all independent music venues, with the possibility of the shutdown continuing indefinitely.

“We are trying our best to save this venue. We've got a bunch of incredible employees and production staff that really depend on the theater, and the community, I believe, really depends on the theater,” Bercaw says. “We're just going to continue to book the room and hope for the best and try to save the Oriental Theater.”

The steps made by a concerned community are not lost on Brown, the lead singer. “I want to send a huge shout out to everyone -- all the venues, all the foundations, all the small businesses that have supported all of us musicians through this time. We will continue to support you and we hope you continue to support us.”

Brown, as an energetic and positive spirit, leaves the evening with some parting words. “Keep the faith, keep the faith because this, honest to God I really do believe, this will pass. We are all in this together, we're all in this big ball of mud together and we have got to figure out how to co-exist and co-exist in peace and love and music.”