Carey Candrian is an associate professor of internal medicine at the University of Colorado School of Medicine. In her research, she investigates how health care can be compromised if an open discussion with patients about what and who matters most to them is avoided.

This type of discrimination is happening all over the health care ecosystem. It is also happening outside health care: in 2022, 155 bills were introduced to limit the participation of transgender people in public life. In many of these bills, lawmakers have targeted some of the most vulnerable members of our community: kids.

I work on the other side of the spectrum with older LGBTQ+ adults — many who have not come out until their 60s, 70s, even 80s. And some who have come out and gone back into the closet to stay safe. One woman, Shirley, did not come out until she was 81, when she was writing the obituary for her wife. She wrote “friend” instead of wife. The worker at the mortuary caught it and asked her if she wanted to change it to reflect her true relationship. Estelle lived with her wife for 40 years. But after a fall, surgery, and a divorce, she moved into assisted living and went back into the closet. She is 82. Janelle told me her biggest fear if she enters hospice is that no one will help her shave her face and she will die as a man with a man’s name. She transitioned in her late 60s.

This is the bad news. And it sucks.

But given the rampant discrimination, the fear and worry among people like Estelle and Janelle is understandable.

Legislation is one thing — like the Equality Act — which would give long overdue protections to LGBTQ+ people across this country. This is a critical and necessary step. But we cannot legislate the way people think and feel. We can change the way we communicate — the way we talk and listen to each other.

For communities that have been historically stigmatized, like the LGBTQ+ community, and especially LGBTQ+ older adults, the way we talk and listen to each other can make a measurable difference in the care they receive and that can make a difference in their outcomes.

On the first day of graduate school, my professor stood in front of the class and said, “People aren’t the problem; it’s the way people talk that’s the problem. If you want to change culture, you need to give people a new way of talking and listening to each other.”

I got a C- that semester — and the course changed my life.

For the next seven years, I studied how communication — or lack thereof — affects people. How it affects relationships, decisions, policies, legislation, practices, and even how it affects health care.

People say words matter. It’s more than that: the way we talk has an effect on people, both positive and negative.

As part of my research around health equity, I have interviewed more than a hundred LGBTQ+ older adults to understand the specifics of how the medical system works for them or does not, and what is behind the disparities in health and outcomes.

One of the themes that consistently emerges is culture — the culture that older LGBTQ+ adults lived through. When they grew up, being LGBTQ+ was dangerous and highly stigmatized. In fact, the American Psychiatric Association classified “homosexuality” as a mental disorder until 1973.

According to many of the seniors I interviewed, that cultural imprint — “something is wrong me” — stays with people. And it continues to affect how they move through the world, how they interact with others — what they share, what they do not, and with whom. This includes their health care providers. Almost half of LGBTQ+ adults have not come out to their health care provider, which means almost half of LGBTQ+ people are being treated with incomplete information, which means incomplete care. This has consequences when dealing with any type of care, but it becomes more acute around serious illness.

For example, when I interviewed a woman named Esther, she had just lost her wife Cathy to cancer. When Cathy was first admitted to the hospital, she was open about being with Esther. But Cathy noticed her care got worse when the staff realized they were together. So, they hid their relationship, which meant Esther could not talk with the care team or be involved in decisions about Cathy’s treatment, planning, test results or home care. Esther could not even hold her wife’s hand because she was afraid someone might see them. She felt like she was invisible. When Cathy died, no one said a word to Esther. They had been together for 33 years.

When I asked Esther what the hardest part of the whole thing was, she said, “My wife was DYING and I couldn’t say we were married."

Unfortunately, their story is not unique. Esther and Cathy’s story shows how communication affected outcomes for two people.

One big way to change the way we talk and listen is to do what I call “breaking the script.” To do this is to open questions that give people space to answer in a way that suits them and their life. This process takes the burden off the patient to not have to come out over and over at any point in life, and especially when they are sick and tired.

Imagine how different the outcomes could have been for Esther and Cathy.

It bears repeating how difficult it is to change the way people think and feel, especially when people are coming from a place of hate rather than love. And there is a lot of hate going around, usually from people who have never met the actual souls of the people they are talking to or looked into the eyes of the people they are making comments about.

But hate is a product of language.

That is why language and culture are so bound together. Culture, from the study of botany, refers to the growing and cultivating plants. Its etymological origins are Latin: culture (cultivate) and colere (to care for). Culture, and its resulting language, creates and maintains patterns of “how to do things around here.” This is the power of language: when we speak, we make distinctions about what is right and expected, who is included and who is not. This leads to filtering out (i.e., silencing or devaluing) anything that is different.

The good news is we can change this. We can help patients feel safe about sharing their sexual orientation and gender identity, so they know their care will not suffer. This also lets health care providers know they are treating the whole patient.

The bonus with breaking the script, and talking about sexual orientation and gender identity, is that we will gather clearer data about the LGBTQ+ community.

To truly make significant positive change for LGBQT+ communities, we need complete and comprehensive data. Currently, health care providers do not routinely ask questions about sexual orientation or gender identity (SOGI). So, our data is incomplete. Which means LGBTQ people are absent from the literature influencing practice.

Without good data, LGBTQ people remain invisible — not even counted. Which means health care providers cannot develop system-level targeted interventions to reduce the disparities I have been talking about.

So why am I telling you this?

Because your individual work can help people and patients feel safe about sharing their sexual orientation and gender identity.

When you break those scripts, you not only help your patients at the individual level. You are also making huge contribution to LGBTQ+ care at the national and global level.

But to do this, we must be proactive at every level and interaction. We need to think about how, when, and where we can make space for patients to share.

Think about what information you really need to know. Does the way you frame your question give space for a variety of answers? Imagine if you were transgender and had to answer it. Or if your family had rejected you? Or if you were with a same-sex partner but not actually married?  Does your question shut them out, or invite them in? Does it say, “I am OK with who you are, and who you love. You are safe here.”

All the seniors I have met in my research are not asking for a lot.  They just want to be able to talk openly and be heard without prejudice. And all we need to do is break that script a little, give them space, show them we are safe.

Members of our community are welcome to share their voices with Rocky Mountain PBS. If you have a perspective to share, email coloradovoices@rmpbs.org. 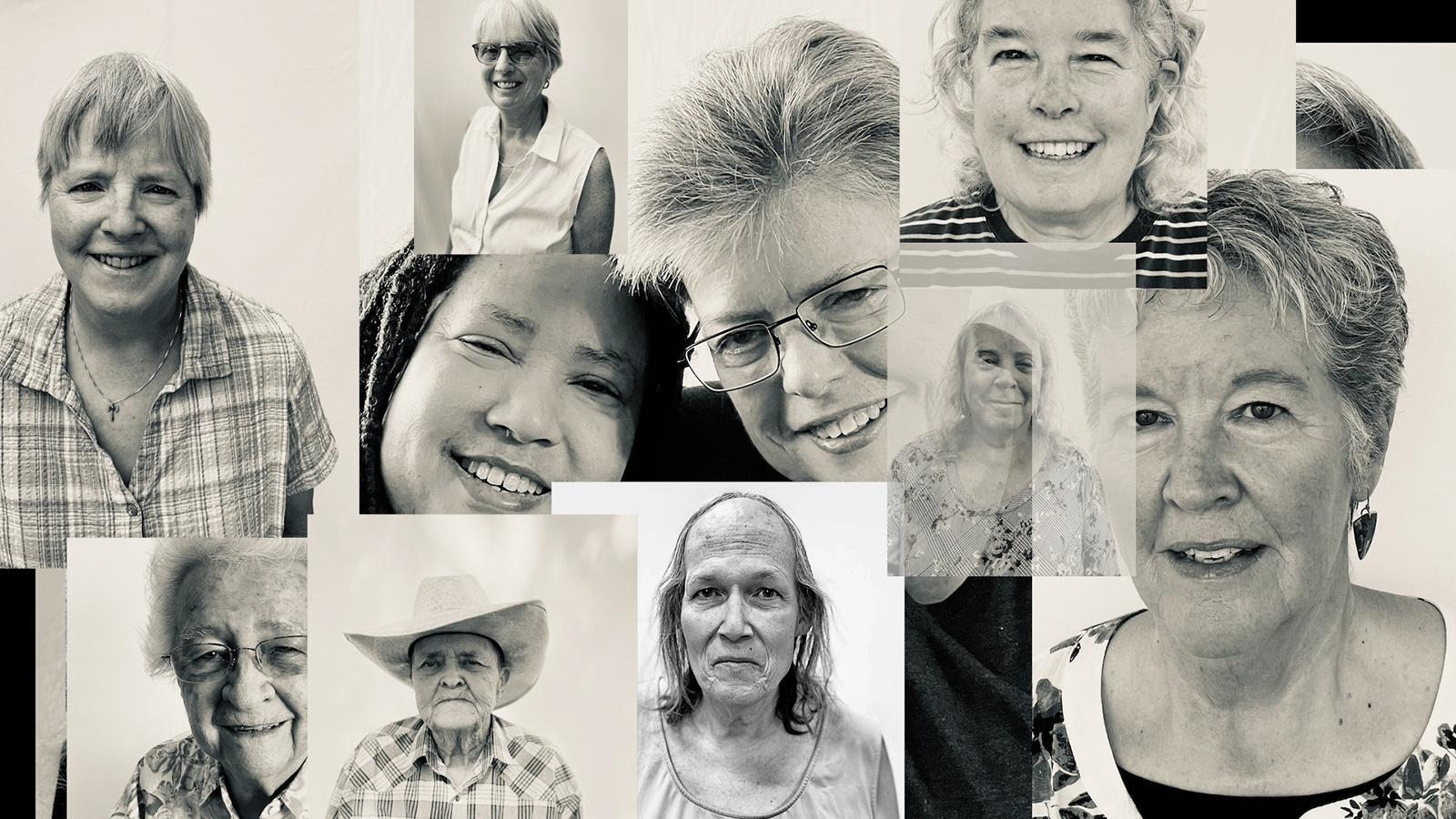