DENVER— What started as a way to showcase local Black art while protecting statues and deterring vandalism throughout Civic Center Park last summer is onto its second year. The Black Love Mural Festival is once again highlighting messages of Black empowerment, racial equality, and Black identity, now through August 2.

Artist Robert Gray came up with the idea for the festival in the summer of 2020 while organizing a clean-up following the protests sparked by the murder of George Floyd.

Artists like Ki’erre Dawkins returned for the festival’s second year with new ideas and inspiration in mind.

“It’s actually my first time trying a 3D mural,” said Dawkins. “This is an image depicting a little girl.”

“This is to try and show little girls, especially Black little girls, that you can be leaders. You can be anything you want to be, actually,” Dawkins said. Last year, Dawkins painted a nameless, young Black boy in hopes of creating something that others could relate to. “I wanted to explain what it’s like being a young black kid in America,” he said.

“I got real political with it last year. I’m not getting as political this year with this piece, but I still want to get a message across.”

This year, however, Dawkins wants to empower young Black girls. In his mural, a girl surrounded by flowers will be the centerpiece. “I want to depict her as being a queen,” he explained. 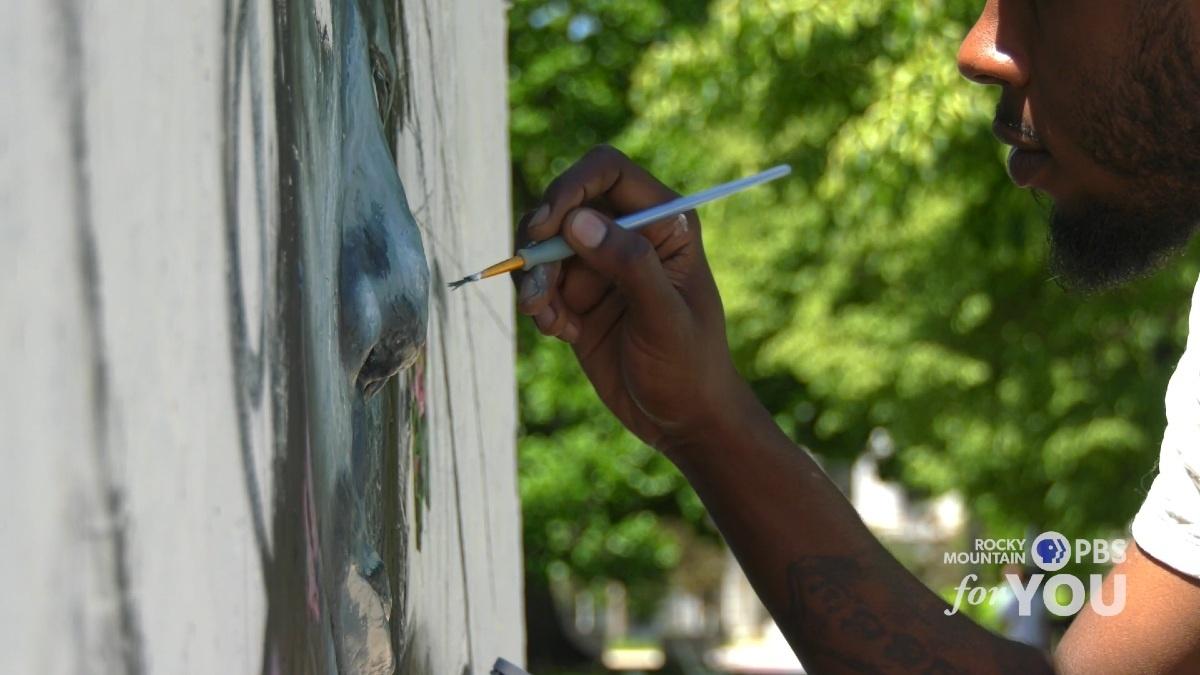 In addition to drawing from a different inspiration this year, Dawkins’ mural will feature three-dimensional elements and spray paint—both of which are new to his craft.

“I’m kind of stepping out of my comfort zone, trying something new this year,” he said.  “I’m really excited to see how it’s going to turn out.”

Dawkins typically uses a lot of imagery and symbolism in his work, leaving his art open to interpretation to the viewers. But overall, he hopes that his mural’s message of Black female empowerment carries through.

“If you get some reaction from it, I did my job,” Dawkins added.

Dawkins’ mural, along with the work of 60 other artists are on display now through August. On June 20, a live music event will take place at Civic Center Park celebrating the murals and their messages.

Victoria Carodine is a digital content producer for Rocky Mountain PBS and can be reached at victoriacarodine@rmpbs.org.