DENVER — The last time Travis Broxton walked across a graduation stage was in 1966. Back then, he was receiving his high school degree.

But in 2021, he has earned his college degree, 52 years after taking his first college course.

Broxton first started his higher education journey in 1969, one of the most famous (or infamous) years in modern American history.

“The year in 1969 was a big year because I went to Woodstock, and I didn't even know what Woodstock was two weeks before it happened,” explained Broxton. “And the next weekend I found myself in college and I didn't expect to be going to college that year either.”

Travis Broxton: Finishing what he started

At 72 years old, Travis Broxton is finishing what he started more than half a century ago.

He took classes at Lincoln University in Pennsylvania and made it all the way to his final semester. He was just eight credits short of graduating in 1973 when money ran out and, “life got in the way,” Broxton told Rocky Mountain PBS.

He went and found a job. Since his time at Lincoln University, he has worked at Sears, Target, and in the telecom industry while also doing extra work on the side as a photographer.

Broxton is graduating from Metropolitan State University in Denver (MSU) with an art degree with an emphasis on photography. He originally started out as a history major, which actually helped him in his final senior project titled "We Are All Everyday People."

“It has given me the opportunity to use both my background in history, with my history minor and major from the last time I went to college and my photography to show that we are all the same. I just wanted to highlight the bigotry, racism, economic disparity, and whatnot. And I just wanted to bring that to light,” explained Broxton.

His senior project is a series of photographs set to the song "Everyday People" by Sly and the Family Stone. The idea is to highlight the disparities between people in our country, despite us all being human.

“From the beginnings of what was to become the United States of America, the men, founding fathers, assumed the position of power over people of color and women. This was highlighted in the earliest American documents when the statement, "all men are created equal" — not all people. Over the course of the last 400 plus years, every other racial, ethnic group that has contributed to the building of this country, whether by choice or not; have marched in protests; fought and died for equal rights and status,” wrote Broxton for his senior presentation.

Broxton has seen a lot more in his lifetime than his classmates who are mostly about 50 years younger than him. And he’s happy about getting to engage in this way with the next generation and happy he was able to put together his final project to culminate his experience.

“I think the fact that, you know, I grew up in the 50s. [I] was so over violence against people of color down South during the height of the Civil Rights Movement in the 60s, late 50s. To see the assassination of the Kennedys and Malcolm X, Martin Luther King, I think it had a great impact on me wanting to do this project and putting it together,” explained Broxton.

He ended his presentation with a look to the future — a new day is coming. He believes and hopes the younger generation will be the ones to “get it right.” He is also finishing his degree for one very close to him in that younger generation.

“It's important for me to finish college so that our little girl can see how important education is and how important it is to finish what you start. She's 14 now; she's a freshman in high school,” Broxton said. “And I just think it's really important for her to see that … being a lifelong learner is a great thing. You could always learn more. So, you know, that's the example, both my wife and I want to present to her … education is the most important thing that you can have.”

Broxton will graduate from MSU on December 17 at 72 years old. 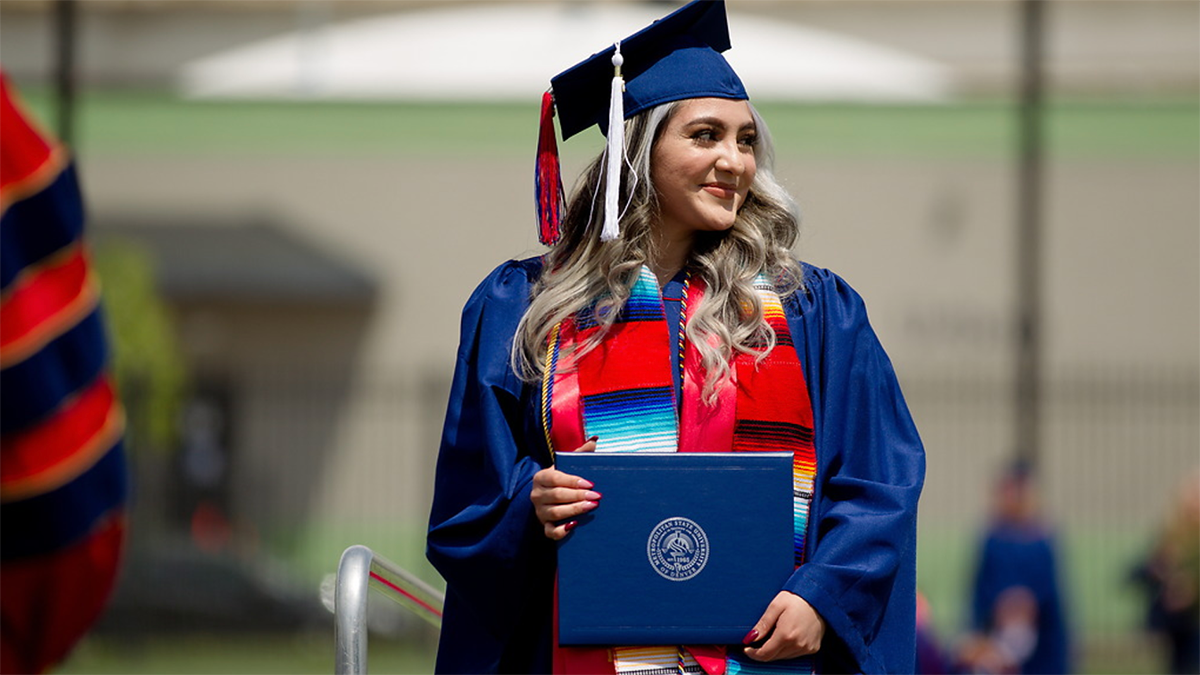 An undocumented MSU graduate is using her degree to help others struggling with trauma.