It was a memo from the dean of the University of Denver law school that Professor Lucy Marsh will never forget. The university said it was paying all female full law professors thousands of dollars less than their male counterparts for doing the same work.

“Something had to be done about that,” she said. “That's against the law.”

But when she went to the dean to protest, asking what he was going to do about the pay disparity, “He said ‘nothing', and I thought man I'm not going to take that.”

Marsh and seven of her female colleagues are now cited as examples of violation of the Equal Pay Act in an Equal Employment Opportunity Commission suit against the university. Administration officials say the law professors’ compensation is based on a fair and unbiased evaluation of faculty and that every female full professor in the law school deserves less. The university hired an outside consultant to examine their compensation system.

When the EEOC filed suit on behalf of Marsh and the other women, a University of Denver news release told faculty and the public that Marsh was being paid less because of “her sub-standard performance in scholarship, teaching and service.” Chancellor Rebecca Chopp was quoted in support, noting: “We stand by our historical system of evaluation and merit pay.”

“It was a dreadful thing to say,” Marsh said. “To say that about anybody in a private setting would be pretty terrible and then to say it to every one of our grads is really a defamation. That is a serious thing.”

An investigation by Rocky Mountain PBS found that despite the university's assertion that Marsh was substandard, the administration had honored her in 2010 with an "Excellence in Teaching" award.

School officials touted her career and used her reputation as a trailblazer for women in the legal profession to bring in donors to a fundraising dinner. With Marsh as an honoree, the law school raised $30,000 to benefit the student law office and a scholarship fund.

Marsh is one of five female full professors, of the eight named in the federal suit, who has been honored with the law school's prestigious award. Marsh has also been honored by the Colorado Women’s Bar Association for her professional work. 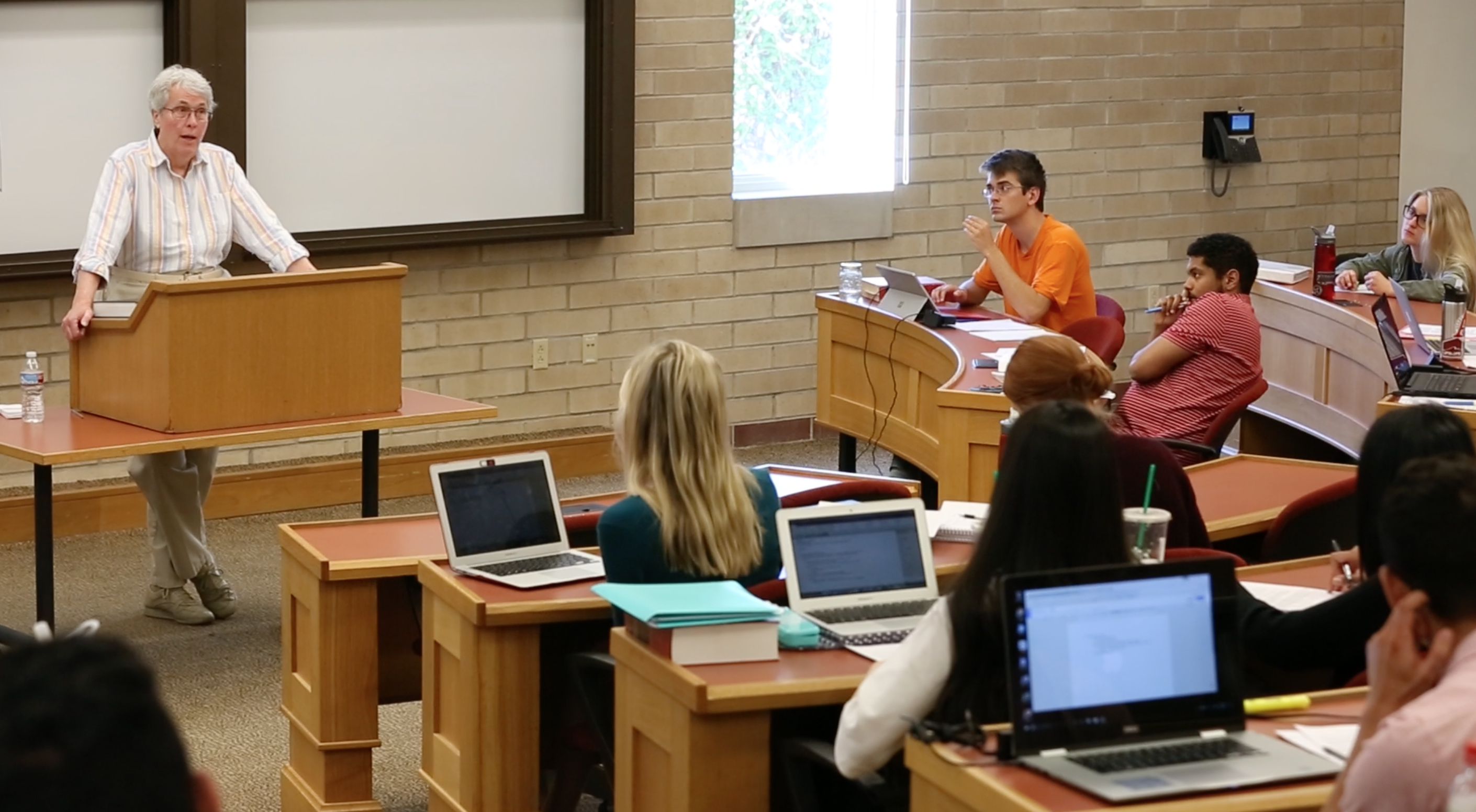 Most recently, she was honored by the Colorado Supreme Court for her charity work on Native American reservations where she has organized lawyers and students to help families with tribal wills that help equitably divide family and tribal land for future generations.

But it wasn’t only Marsh who was paid less.

Professor Kris McDaniel-Miccio, who has been teaching at DU for 15 years, is another of the eight professors named in the suit. She says the chancellor has implied that all women full professors in the law school are substandard.

Professor K.K. DuVivier, who has taught at the DU law school for 17 years, says she simply couldn’t believe the disparity.

“I felt devastated because I had been giving my heart and soul to DU,” she said. “Actually, I’ve been the sole breadwinner in my family since 1997. I’ve got a couple of kids. I could have used that money, and to know they were doing that, that was very hurtful."

The law school dean’s memo, written in 2012, resulted from questions by female faculty asking how bonus money was going to be divided among professors and just how much professors were being paid.

In the memo, the dean wrote:

Unequal pay for women is a nagging problem both in Colorado and nationwide.

The latest U.S. Bureau of Labor Statistics data show that in 2015, Colorado women made only 82 cents for every dollar men made doing the same job.

In the most recent BLS analysis in 2015, women in the construction business made about 93 cents on the dollar compared to men. Educators, trainers and librarians made just over 79 cents on the dollar. And in the legal profession, including women lawyers and clerks, women received on average only about 60 percent of what men made.

The University of Denver declined to be interviewed to answer questions about its position regarding the EEOC suit, but issued a statement that noted:

The suit continues to move forward in federal District Court.

Marsh and the other seven female full professors named in the suit say they never imagined their original complaints to the law school dean would have gone this far.

“I certainly expected him to say, 'Okay, yes, I see what the problem is. I'm going to correct it,'” she said. “It had not occurred to me that anybody would intentionally continue that pattern.”

“I have a feeling for what DU could be and I'd like to see them aim for that rather than defending something that I think is illegal,” said Marsh. “Take the leadership. As we have a good hockey team and good lacrosse team, let's be a school that sets an example of equal pay for everybody.”