DENVER — Armando Peniche Rosales has a crooked toe that for years has predicted the weather, growing sensitive when rain or cold is coming.

“It never healed right,” said Peniche Rosales, who broke the middle toe on his left foot as a high school soccer player in Denver years ago and limped home without seeing a doctor. He was living in the U.S. without authorization at the time. From age 9, when he moved to Denver, until he was in his 20s, he didn’t have health insurance.

The toe is a small reminder of the times that his relatives felt they had “to choose between your health or your future” in the U.S., said Peniche Rosales, now 35. Both of his parents faced that decision. His mother chose her health, returning to Mexico to seek treatment for migraines and a thyroid condition, although it means she must spend a decade separated from her family. His father chose his future, working long weeks through symptoms that free clinics told him were hemorrhoids but were actually colon cancer.

Peniche Rosales’ father is now buried in a Denver cemetery with a view of the Rocky Mountains.

“He’s resting in his home, how he wanted to,” said Peniche Rosales. “He loved the mountains.”

Nationally and in Colorado, the share of people without health insurance has long been significantly higher among Hispanics than among non-Hispanic white, Black, or Asian residents. Immigrants lacking legal status and those who have legal residency but whose families have a mixture of immigration statuses make up a large portion of that group. Colorado recently made some of them eligible for health coverage, but advocates who work with immigrants say the state is up against a challenge: undoing the chilling effects of Trump administration policies that inflamed the fears of some, even those who are eligible, that signing up for health insurance could jeopardize their ability — or that of a member of their household — to stay in the country.

“People who had maybe thought about seeking out health benefits, because of a fear of possible repercussions, whether that be to them now or to future immigration status adjustments, they went back to living in the shadows,” said María Albañil-Rangel, policy and advocacy manager for the Telluride, Colorado-based Tri-County Health Network, a nonprofit working to increase health care access. “The trust is lost. It takes time to rebuild that.”

KHN worked with the Colorado News Collaborative to examine the state’s progress on addressing racial and ethnic inequities, including in health, in recent years.

The state health department estimates that about 30% of Hispanic adults have no health coverage. That contrasts with the state average of 12% of Colorado adults who don’t have insurance. The vast majority of Hispanic Coloradans are citizens or legal residents, but they can face barriers to enrollment, including language and cost.

People living in the U.S. without authorization are in a particular bind: They cannot get public benefits in most states — unless they land in the emergency room with a life-threatening condition — or buy health insurance on the Affordable Care Act marketplaces. According to KFF, about a third of uninsured Hispanic residents who are younger than 65 aren’t eligible for ACA coverage, Medicaid, or the Children’s Health Insurance Program because of their immigration status.

Colorado has made moves to change that for specific groups of unauthorized residents living in low-income households. A recently passed law will give Medicaid and CHIP coverage to pregnant people and children starting in 2025. Starting next year, a law passed in 2020 will use state funds to help some residents living below 138% of the federal poverty level buy health insurance on the individual market. And in 2019 the state joined about a dozen others that cover regular dialysis for people who would otherwise have to wait until they are so sick that they land in the emergency room.

“We don't have 130 patients coming through the ED needing emergency dialysis anymore,” said Dr. Lilia Cervantes, director of immigrant health at the University of Colorado School of Medicine and the key advocate for the dialysis change, which has saved the state about $10 million a year, according to data from the state’s health care policy and financing department. But she’d like to see more people get the care they need to avoid developing a chronic condition like kidney disease in the first place.

Data bears out that, on its own, expanding the pool of people eligible for health insurance isn’t enough to address coverage inequities. Nationally, after the Affordable Care Act was implemented, coverage rates improved across racial and ethnic groups, but inequities persisted.

“Hispanic people had the largest gains in coverage over that period, which helped to somewhat narrow disparities, but they still remained significantly more likely to be uninsured compared to white people,” said Samantha Artiga, director of the Racial Equity and Health Policy Program for KFF. “And then what we saw in 2017 is that uninsured rates started creeping up again.”

Doctors, researchers, and advocates for expanding health access to immigrants in Colorado suspect the rebound was related to Trump administration immigration policies, including its changes to the public charge rule. The long-standing rule determines when someone can be denied a green card or a visa because they are deemed likely to depend on or are already using government benefits.

The Trump administration expanded the types of benefits that could be used to deny someone immigration status to food stamps, non-emergency Medicaid, and housing subsidies.

Research published by the nonprofit behavioral science group Ideas42 in the journal Health Affairs in 2020 found that the announcement of the Trump administration’s changes to the public charge rule was associated with a nationwide decrease in Medicaid enrollment of an estimated 260,000 children compared with 2017 levels.

Colorado also saw Hispanic insurance rates drop. The Colorado Health Institute found in a statewide survey that although the state’s overall uninsured rate had held steady since the Affordable Care Act was implemented, uninsured rates among Hispanic or Latino Coloradans had risen, notably among children. The institute estimated that about 3% of Hispanic or Latino Coloradans 18 and younger were uninsured in 2015, compared with about 8% in 2021. Among children who were eligible for but not enrolled in insurance, about half were Hispanic despite their making up about a third of all Colorado kids, said Erin Miller, vice president of health initiatives for the Colorado Children’s Campaign.

“But that doesn’t change the fact that a lot of immigrants are really, really wary of what they can share and who they can share it with,” said Liz Tansey, a senior manager at the Colorado Community Health Network.

Polling from the immigrant rights coalition Protecting Immigrant Families in 2021 of mostly Hispanic and Asian American and Pacific Islander immigrant families found that nationally 40% had not heard about the reversal. Nearly half of respondents whose families needed help during the pandemic said they declined to apply because of immigration concerns.

Dr. Ricardo Gonzalez-Fisher, a surgical oncologist who works with the social services organization Servicios de la Raza, provides enrollment assistance from a health resource center in the Mexican consulate in Denver. More than half of the immigrants he sees are uninsured. He said many immigrants tell him that even if they have insurance, they won’t use it for fear of attracting the wrong kind of attention. “They say, ‘All of us have at least one or two undocumented individuals in our home and we don’t want them to see us,’” Gonzalez-Fisher said.

The insurance that unauthorized Coloradans access as a result of the recent state laws cannot count against them in public charge determinations, with one important exception: if children need long-term care because of, for example, severe disabilities or chronic illnesses, said Rayna Hetlage, a senior policy manager for the Center for Health Progress, a Denver-based health equity advocacy group.

Maria Rodriguez, a health care equity and outreach specialist at the Colorado Division of Insurance, is the state’s point person for getting the word out about the new subsidies to help unauthorized people purchase health insurance. She has hosted meetings with community organizations to prepare for the Nov. 1 open-enrollment date.

In the first year of the subsidy program, the state can enroll up to about 10,000 unauthorized Coloradans, representing only a portion of the state’s unauthorized and uninsured Hispanics.

Colorado still lags behind Washington and California in offering cancer care coverage, which might have helped Peniche Rosales’ father. Without health insurance or tens of thousands of dollars to begin treatment, he couldn’t get care until he found a hospital that would cover it using charity funds.

The night before Peniche Rosales had an interview with U.S. Citizenship and Immigration Services — an interview that would grant him legal residency — he had to take his father to the emergency room again. His dad told him to go home and rest.

“He was more worried about my interview than anything else,” said Peniche Rosales. He received his green card while his dad was still alive. “Even though he was in pain, it brought him a lot of joy.” 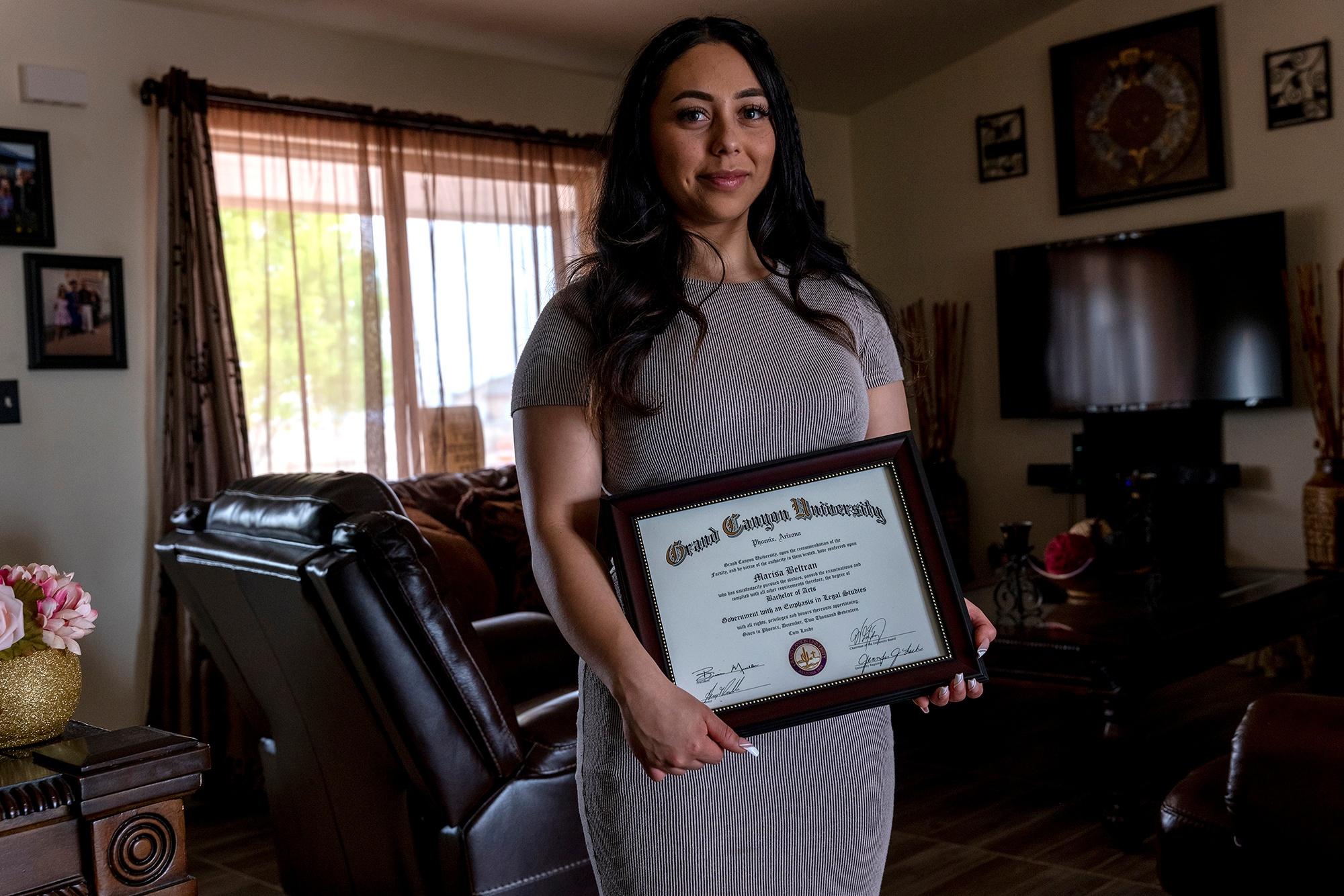 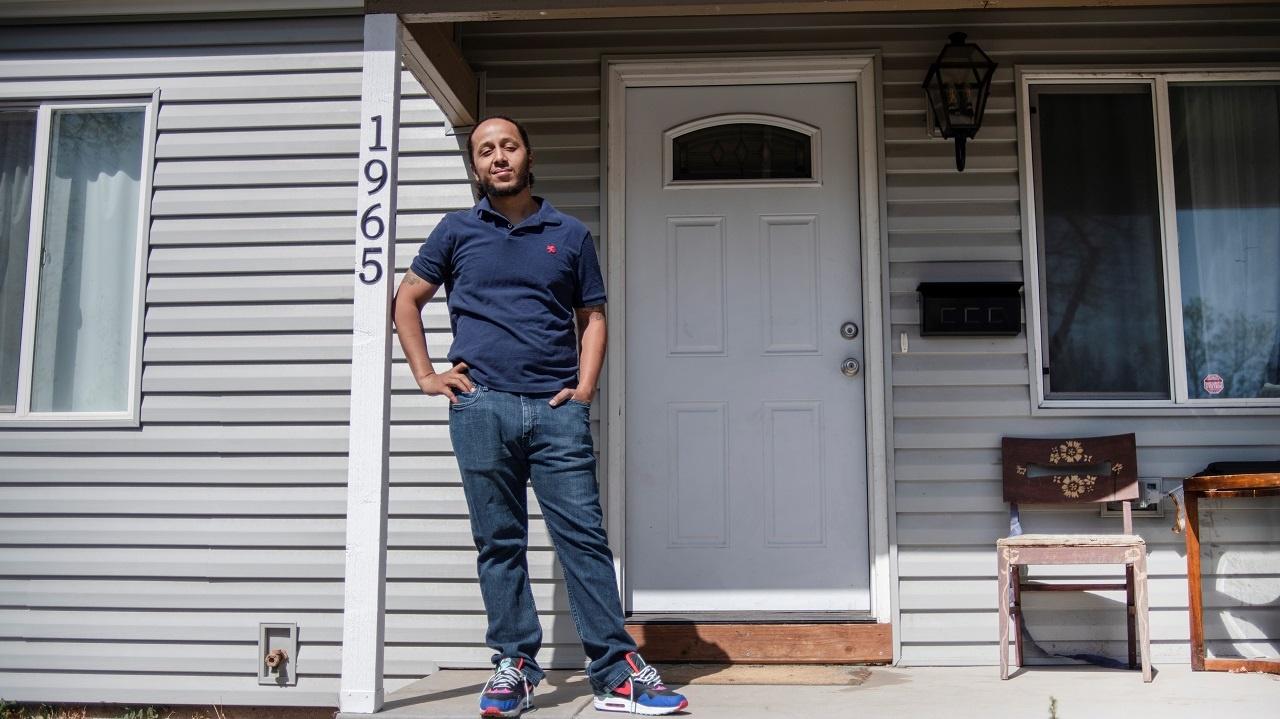 Homeownership gap between white and Latino Coloradans narrows. But for Black Coloradans, its widened

With help from the Denver-based nonprofit Elevation Community Land Trust, Michael Diaz-Rivera and his family moved into a three-bedroom house in Aurora in February 2021.