RTD is making public transit free in August. Will it lead to more riders?

DENVER — On Aug. 7, 2021, Denver briefly experienced the worst air quality in the world — worse than Johannesburg, Dubai and Delhi.

From the parking garage of my apartment complex on South Broadway, I snapped a photo of downtown Denver through the thick haze. What was normally a clear view of the skyline had turned into a hard-to-make-out collection of rectangles. Later that day, the skyline vanished.

While wildfire smoke blowing in from California contributed to the poor air quality and visibility the Front Range experienced last summer, experts say local pollution from traffic is a bigger problem when it comes to ozone, which occurs when chemicals emitted from things like cars, power plants and industrial boilers are baked in the sun.

As the Environmental Protection Agency notes, ground-level ozone is the main ingredient in smog, and it’s a huge problem along Colorado’s Front Range. Last year, the Front Range experienced 65 “ozone action day alerts” between May 31 to Aug. 31, the highest number since record-keeping began in 2011.

In an effort to reduce the level of pollution and improve air quality during the height of Colorado’s “ozone season,” the Regional Transportation District (RTD) is implementing a “Zero Fare for Better Air” initiative. For the month of August, travelers using RTD — bus, light rail and Access-a-Ride — can ride for free. Several transit agencies outside of Denver are also participating in free fare programs in August. A map of the participants is available here.

The free fare program was made possible by a bill signed into law earlier this year that provides $28 million to RTD so it can cover the cost of transit fares for the month.

State Sen. Faith Winter (D-Westminster) was a primary sponsor for the bill. At Thursday’s press conference, Winter said “the number one emitter of carbon is the transit sector, and we can’t afford to miss our climate goals.”

“The whole idea is to get folks out of their car and to try transit — it will cost nothing — and to learn how to navigate our community by transit and realize that, you know, it [public transit] really alleviates stress and it alleviates congestion and it reduces our carbon footprint,” said Angie Rivera-Malpiede, district director for RTD’s District C, in an interview with Rocky Mountain PBS.

In addition to reducing car traffic and the harmful ozone drivers produce, Rivera-Malpiede said RTD hopes that by providing free public transit, people will realize the benefits of leaving their cars at home and continue to use public transportation, even once the free fare program ends.

So, what are the benefits of public transportation?

Public transit is also safer than driving — statistics show that cities with high usage of public transportation have far lower rates of traffic deaths or injuries compared to cities where public transit ridership is low.

And despite the fact that as of a couple years ago RTD had the highest fare prices in the United States, taking public transportation is still, on average, cheaper than using a car. According to the American Public Transportation Association, “t​he average household spends 16 cents of every dollar on transportation, and 93% of this goes to buying, maintaining, and operating cars, the largest expenditure after housing.” Another statistic: the average vehicle owner spends more than 50 cents per mile when you take into account the costs of vehicle ownership and maintenance, according to the federal highway administration.

Advocates say that while the free transit program is a step in the right direction, more needs to be done to substantially reduce ozone emissions and improve the Denver area’s public transportation options.

“We really think that we need all leaders at the table to be coming together to address our air quality and climate challenges, and this is a great starting place. However, we don’t think this should be the be all, end all,” said Molly McKinley, the policy director at Denver Streets Partnership.

McKinley said the most important part of the equation is funding for RTD.

“If we’re really going to get serious about improving our air quality and climate and also providing more folks opportunities to get around the Denver region, we really need … sustained, long-term investment in public transit and I’m hoping to see that in the future between RTD and the state,” McKinley said.

“I think there are so many other people who would use transit if it were more frequent, if it were more reliable, if it were more convenient,” McKinley said. “And a lot of it comes down to the frequency of service and that’s really where we need more operating funds for the long haul.”

Transit riders agree. According to a recent RTD rider survey, light rail travelers and bus riders both ranked frequency of service and route coverage as some of the most important elements of public transportation services. The number one factor for both groups of commuters, however, was ticket prices. Only time will tell if the free fare program will increase RTD ridership down the line — and experts say much more needs to be done to fix our ozone problem — but for now, RTD board members and transit advocates would be excited just to reach pre-pandemic levels of ridership.

Before the pandemic, RTD moved about 360,000 passengers a day, according to Rivera-Malpiede. Now, that number is around 200,000, she said, about a 44% decrease. Moreover, there are still not enough drivers to restore service to pre-COVID levels.

“I hope that folks don’t approach this month thinking we’re going to have this completely transformed transportation system,” McKinley said. “That would be fantastic, but I hope that folks really use it as an opportunity to just give it a chance and also become advocates. Transit can really meet so many of the needs of our community and this is a good opportunity to get kind of a peek into that if you haven’t before.” 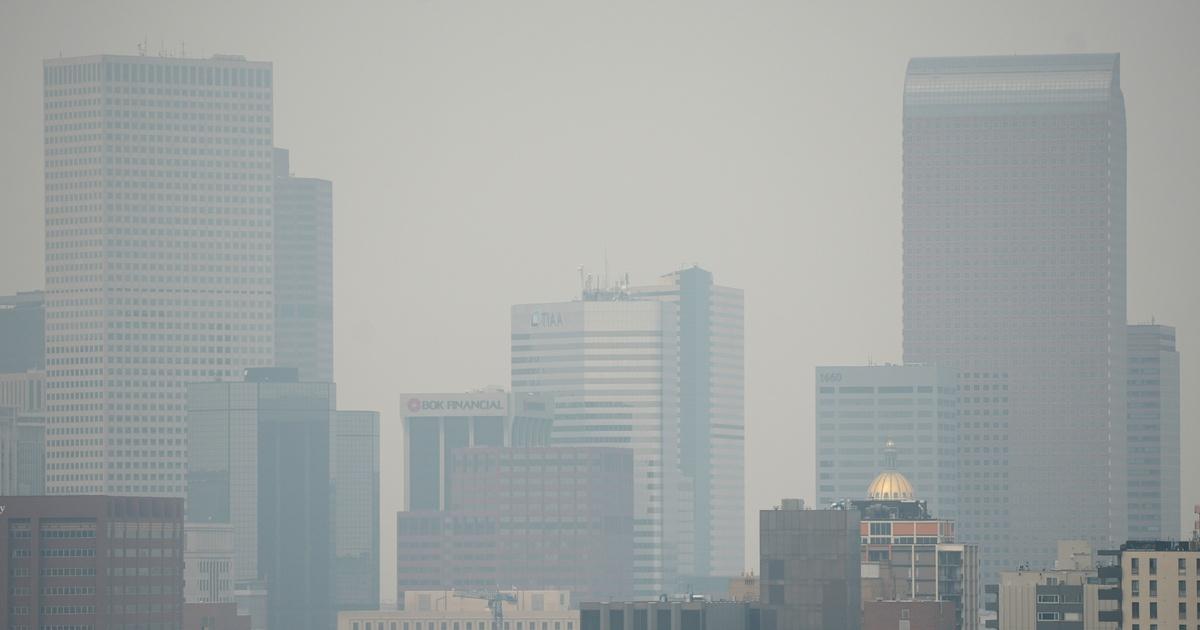 Colorado's efforts are not enough to solve its ozone problem