'We have to pick up the pace': President Biden talks climate crisis during Colorado visit

DENVER — President Joe Biden paid a visit to Colorado September 14, rounding out a three-state tour of the West.

The president arrived in Denver around 1 p.m., greeted by Governor Jared Polis and Denver Mayor Michael Hancock. But the bulk of Biden's time in Colorado was spent at the National Renewable Energy Laboratory in Golden.

The president toured the lab and then, with wind turbines and solar panels in the background, delivered remarks about his administration's plans to address the climate crisis and extreme weather events driven by human-caused climate change.

"The bottom line is that it's everywhere," Biden said of extreme weather. He mentioned wildfires in California, flooding in New York City, and hurricanes battering the Gulf Coast.

The president even mentioned the rock and mud slides that shut down I-70 in Glenwood Canyon earlier this year.

You can watch the president's full remarks here:

"We have to pick up the pace" addressing climate change, Biden said. "We don't have much more than 10 years. For real."

One of the things he said his administration hopes to accomplish is creating a Civilian Climate Corps similar to the Civilian Conservation Corps that President Franklin D. Roosevelt established during the Great Depression. U.S. Rep. Joe Neguse (D-Colo.) recently introduced plans for Colorado's own climate corps.

[Related: Biden wants a Civilian Climate Corps. Here's how it might work]

Biden also reiterated his goal to reach net zero emissions by 2050. The president also used the recent extreme weather events across the country as reasons to support his administration's $1.2 trillion bipartisan infrastructure bill and additional $3.5 trillion package of spending.

"In the end, it's not about red states or blue states," Biden said. "A drought or a fire doesn't see a property line. It doesn't give a damn which party you belong to. Disasters aren't going to stop; that's the nature of the climate threat."

As the Associated Press reports: "The climate provisions in Biden’s plans include tax incentives for clean energy and electric vehicles, investments to transition the economy away from fossil fuels and toward renewable sources such as wind and solar power, and creation of a civilian climate corps."

But for some advocates, the Biden administration's own policies undercut some of these climate goals.

"The clean energy future he called for is the only way for America to confront the climate crisis," said Jennifer Rokala, Executive Director for the Center for Western Priorities, following Biden's remarks. "That’s why it’s so disappointing that the president’s fire sale of oil and gas leases will make it even harder for America to meet its climate goals."

The Center for Western Priorities is a nonpartisan conservation organization. You can read Rokala's full statement here.

Before arriving in Colorado, the president made stops in Boise, Idaho and Sacramento, California for updates on wildfires in those states—the smoke of which has been traveling to Colorado over the summer.

Biden's trip to California was just days before the recall election of California's democratic Governor Gavin Newsom. Biden participated in an event with Newsom during the trip.

The trip Tuesday was Biden’s first visit to Colorado as president. As The Colorado Sun reported, Biden did not visit Colorado during the 2020 campaign.

Nevertheless, Biden scored a decisive victory in Colorado, beating out the incumbent Trump/Pence ticket by over 13 points.

Earlier this year, in March, Vice President Kamala Harris spent an afternoon in Denver meeting with Governor Jared Polis and small business owners to tout the $1.9 trillion COVID-19 relief bill that Congress passed in the spring.

The panel continues the conversation on the domestic challenges President Biden faces. 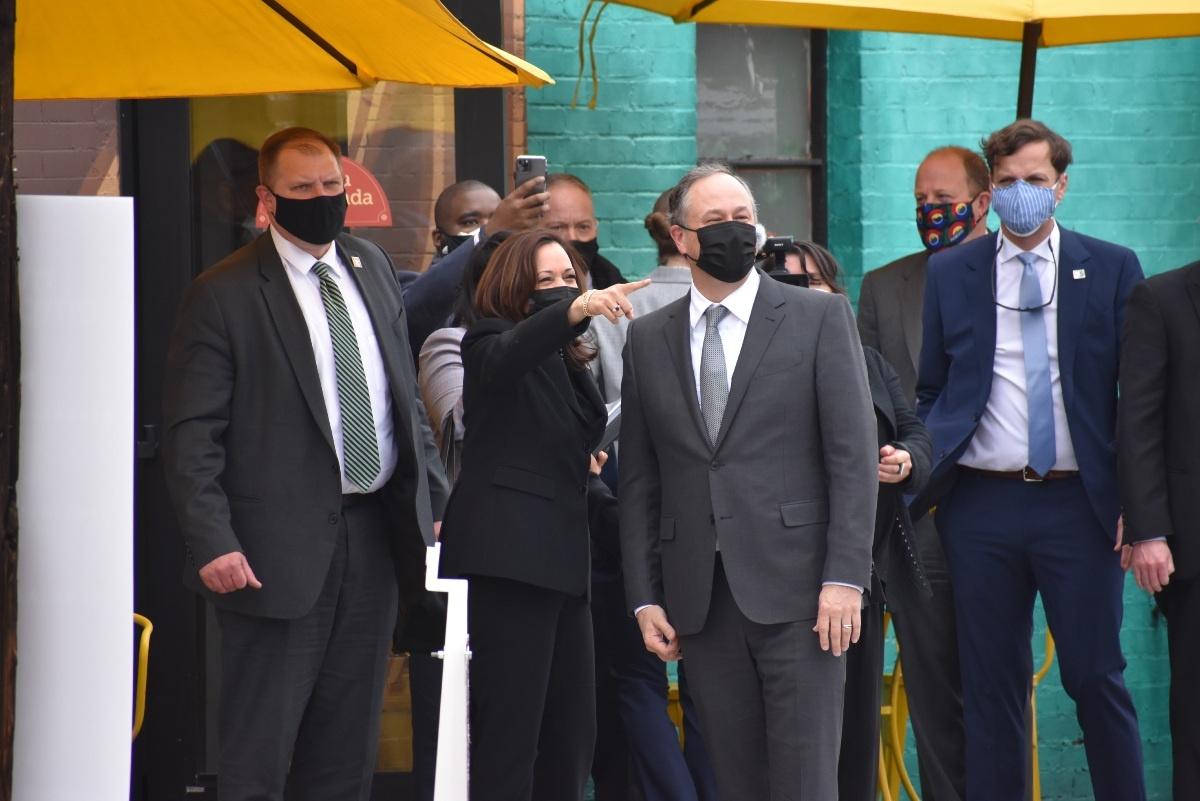